Nicholas battled terminal brain cancer for more than a year. On the GoFundMe page set up to help pay for his care and, now, the costs of his funeral, the family seemed to describe Nicholas’ last moments of life, held by his mother, Wendy.

“Her eyes turn to the window and notices movement in the sky, the clouds slowly begin to part and beautiful rays to sunlight illuminate the room, with tears running down her cheek she turns to her son without fear and tells him ‘it’s ok my love’, his battle against the darkness is done and his hand was raised in victory, now there is only light, a light that will forever shine in our hearts.”

During the Sept. 5 parade, Nicholas, who Wendy called “the sweetest boy you’ll ever meet,” was paid tribute to for hours by well-wishers in thousands of cars, motorcycles, emergency vehicles and one police helicopter. Many came bearing gifts, a good portion of those being auto-related because Nicholas loved cars.

The sheer volume of vehicles not only shut down parts of Artesia Boulevard but many of the surrounding residential streets. During the parade, Wendy described how proud she was of her son fighting the terminal illness for more than a year, beating the odds for as long as he had.

“A life without him is not a life for me, but while he’s here our mission is to make him happy and show him, just as he’s fighting for us, we’ll fight for him,” she said.

Although Nicholas stayed inside during his parade, a family member was recording the occasion to show Nicholas all the cars and people who had gathered to wish him well on his birthday. While he watched, he wore a pointed birthday hat and blew from a party streamer, pointing all the while at the many tricked out sports cars and motorbikes that rolled past his home. 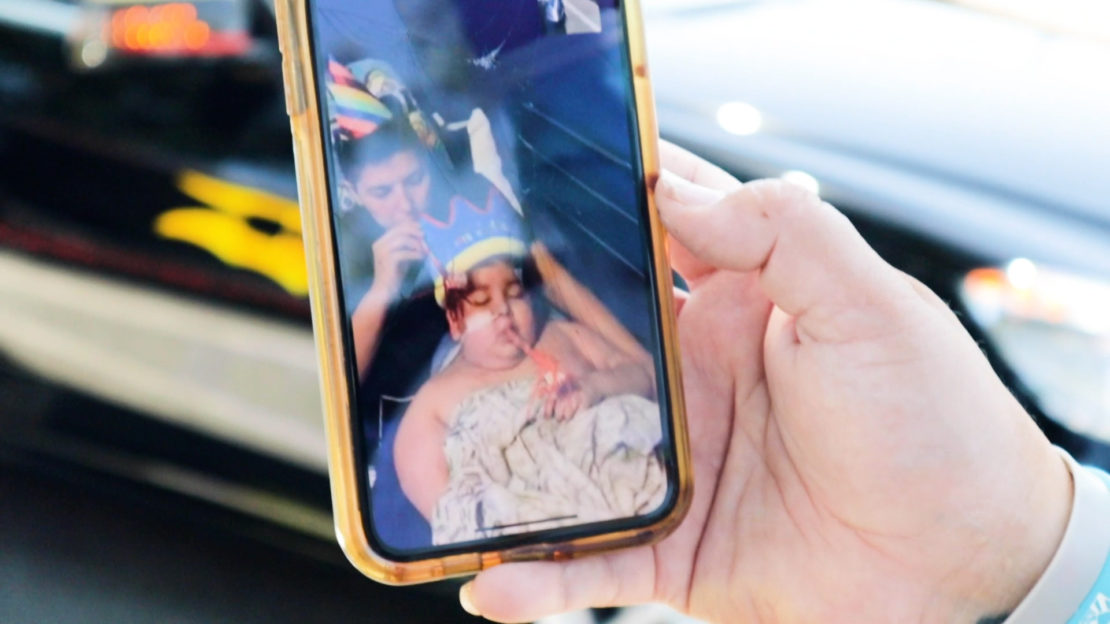 “To see so many people shower him with love and show us we’re not alone, it’s amazing, it has left us speechless,” Wendy said.

On the GoFundMe page for Nicholas, the family thanked those who had donated nearly $20,000 for their son and expressed further gratitude for their prayers and well wishes.