NYE concert hopes to #SaveLBStages with online stream; be sure and tip your bands/bars • the Hi-lo
- ADVERTISEMENT -

There’s really no need to go over what you won’t be able to do this New Year’s Eve, it’s pretty much what you weren’t able to do on Thanksgiving and Christmas. Still, we all know that NYE is unique from those other two holiday season mainstays; while Thanksgiving and Christmas tend to be about gathering at home with family, New Year’s Eve is many times about getting out and celebrating, adult-style, often with complete strangers, sometimes even giving those complete strangers a midnight kiss… on the mouth.

Yeah, that’s not happening this year.

What is happening this year is an online concert featuring some of Long Beach’s favorite bands playing at some of the city’s most popular music venues. 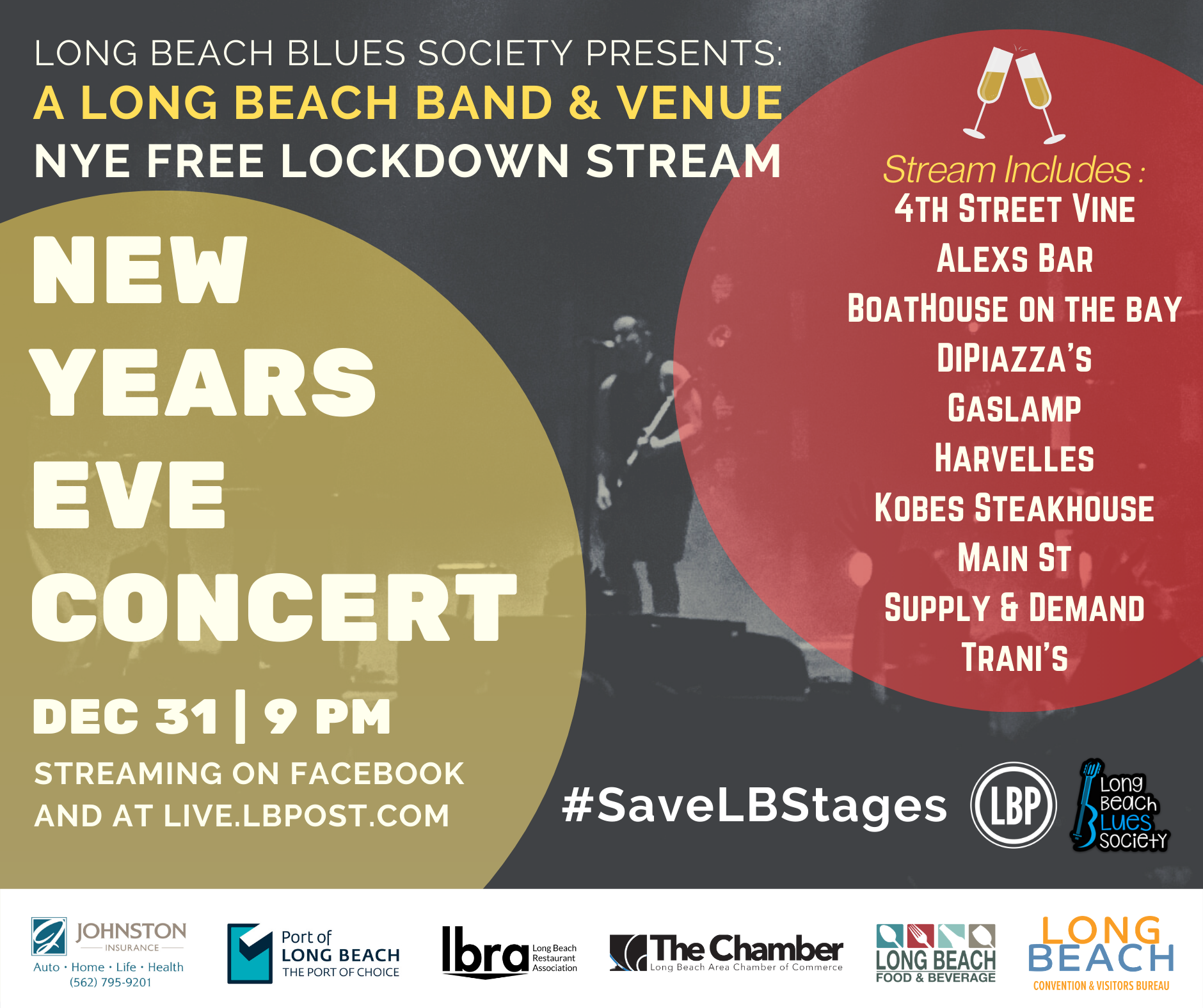 The show was originally planned as a completely live event—a Herculean bit of IT—that idea was quickly tempered for the Blue’s Society.

“We floated the idea of being live from multiple stages on the night and our tech guy almost had a heart attack,” said Steve Proctor, Blues Festival’s director of operations. “So we approached the bars and as tough as things are for them right now they were happy to pre-record bands, some had already been setting up to do so as a way to raise funds.”

Though the concert is completely free, viewers can help raise those funds. A “Tip the Bar” and “Tip the Band” button will be displayed onscreen so supporters of certain stages or bands can show their love to a community that has been impacted severely during the pandemic.

“As a community, we’ve been in these venues every New Year’s Eve as far back as we can remember,” Proctor said. “We hope a little of the magic they serve will translate through the screen.”