Vahe Margaryan moved to Long Beach from Armenia 13 years ago, where his family only ate organic food. He was not prepared for the fast-food-style establishments that dominate American cuisine.

One day an acquaintance took Margaryan to Long Beach’s Retro Row for Pho at the now-defunct Vietnamese restaurant Number Nine. And because the restaurant specialized in using organic and free-range ingredients, it quickly became Margaryan’s favorite spot.

He started working there as a busboy, then in the kitchen, and eventually became general manager, learning everything he could about making delicious Vietnamese food. When he met his now-wife Tania in 2014, he of course brought her to the restaurant.

“He would eat it every day and I thought it was weird,” Tania said.

One of their first conversations was about someday wanting to own a business together—a dream that will be realized this month with the reopening of #9ToGo, a restaurant inspired by Number Nine, which closed at the start of the pandemic.

It will even be located in Retro Row, where Margaryan fell in love with the cuisine of the Southeast Asian country, in the part of the city that helped him get through his first few years as a man in his early 20s living 7,000 miles away from home. 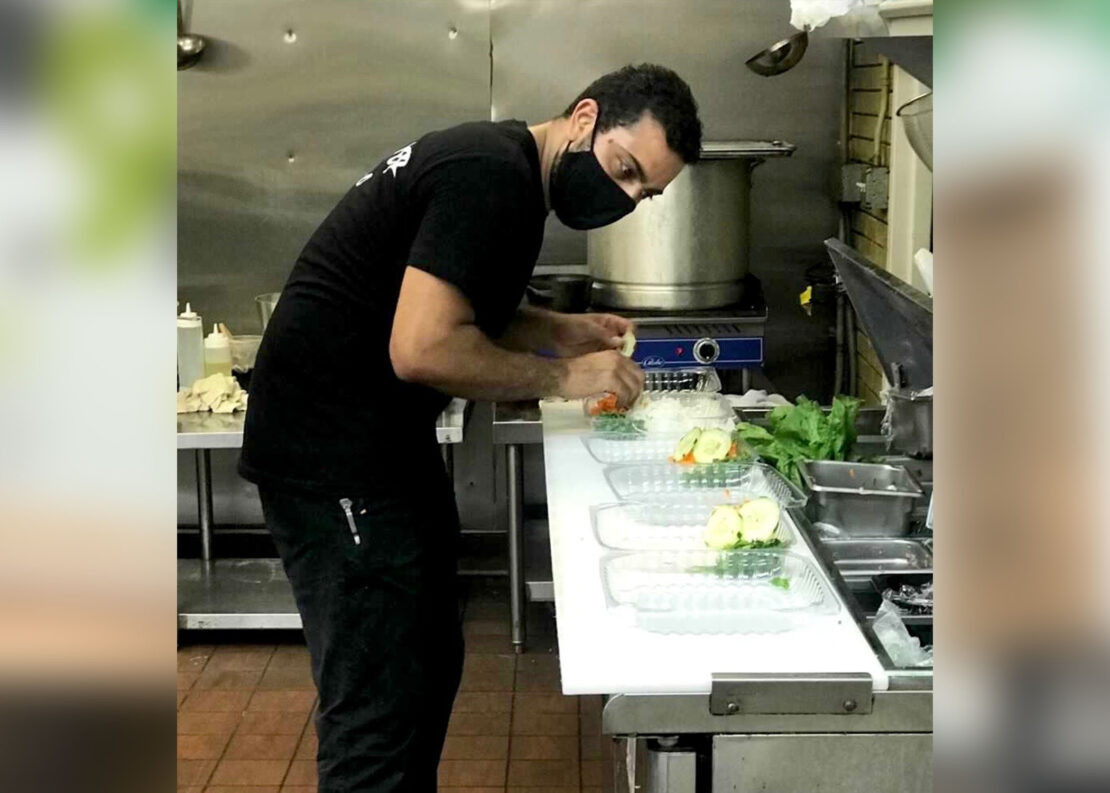 Vahe Margaryan prepares an order at the previous #9ToGo location inside Eddie’s Market on Fourth Street. Photo courtesy of the Margaryan family.

But achieving that dream has not been without bumps.

After a night out drinking last year, he pitched the business idea to Tania, and they quickly created #9ToGo, a small hole-in-the-wall restaurant that served Vietnamese food out of Eddie’s Market on Fourth Street. The style was reminiscent of the deli counters in New York’s famed bodegas while maintaining the same flavors Margaryan had fallen in love with at Number Nine.

“From day one, it was a hit. … People loved it,” Tania said. “Nobody judged it or cared that we went from such a nice restaurant to this completely different environment.”

From August to November, customers walking into Eddie’s Market along the Fourth Street corridor were greeted by the smell of the Margaryan’s cooking while Tania tended to the lines of eager people raving to try their take on a restaurant that had meant a lot of the community.

But when the city informed the Margaryans they would no longer be allowed to cook food inside the shop, only reheat items using a microwave, they were faced with two options: risk losing the quality of the food or shut down the operation.

A city spokesperson said the restaurant was not up to code and required upgrades to the ventilation system in order to use proper kitchen equipment. So rather than put money into an idea they had assumed would be temporary, the Margaryans closed down the shop. 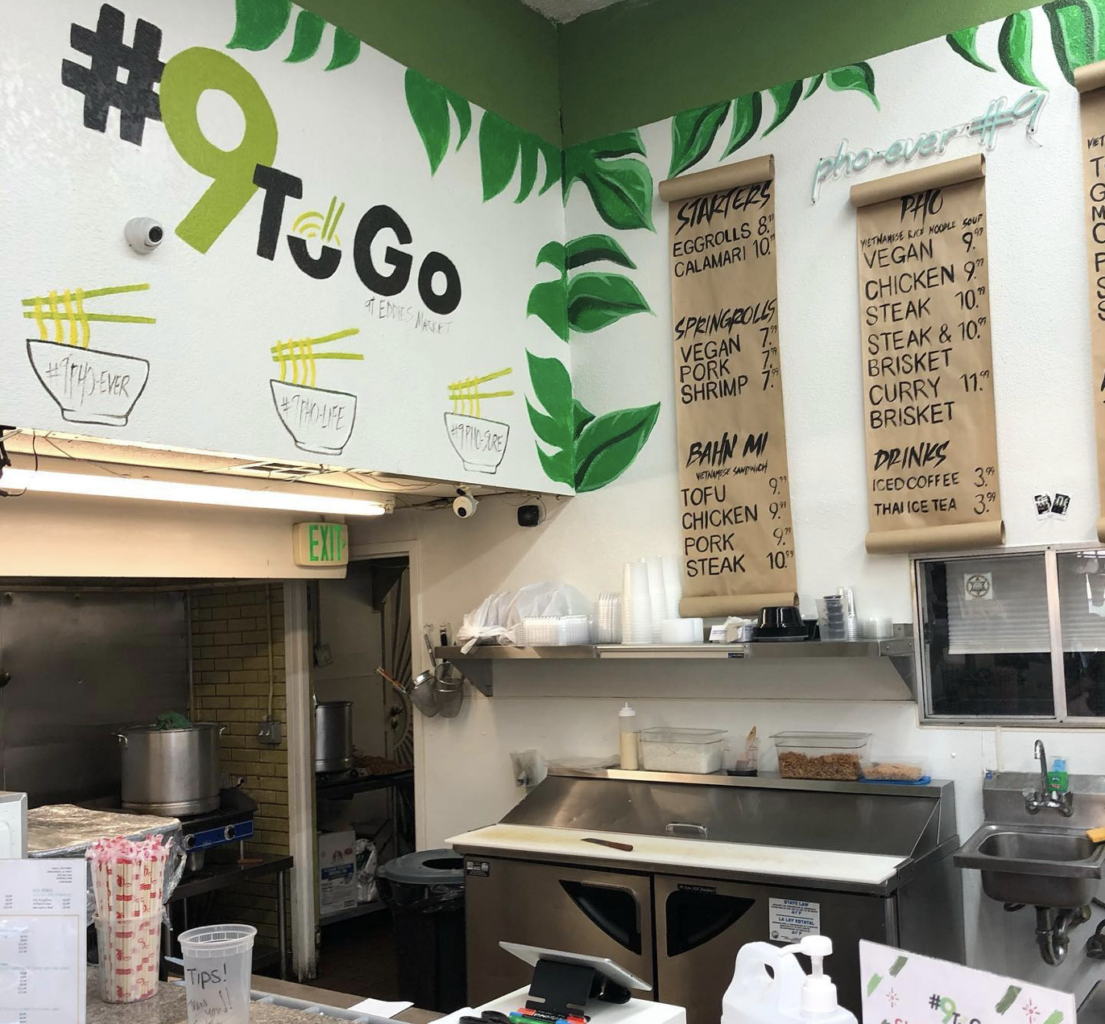 #9ToGo inside Eddie’s Market on the 2000 block of East Fourth Street before its closure. Photo courtesy of the Margaryan family.

“At the end of the day, we just didn’t want to go down like that. … We didn’t want to end up upsetting our customers,” Tania said. “Each customer is appreciated. It’s so hard to get someone to walk in the door and buy from you and for us to just turn our back on them and be like, ‘Here’s this microwave,’ we just couldn’t do it.”

But for Margaryan, owning a restaurant has been his dream since he was a child watching his family cook together in Armenia and he wasn’t ready to quit just yet.

After a six-month closure and the birth of a son, the Margaryans say they are ready to reopen #9ToGo at a permanent location in May, offering a dine-in experience at 1538 E. Fourth St.

Flavorful Japanese yellow curry, banh mi sandwiches and a variety of “pho-king delicious” broth are just a few of the many items #9ToGo will be offering customers upon their return to the Fourth Street corridor.

“When I see people eating my food and they like it, you can tell it in their face. … I like that feeling,” Margaryan said. “That’s why I’m going to bring this food back to the Long Beach community, because people love it.”

The couple has started a GoFundMe page to help alleviate the cost of expenses after investing much of their life savings into keeping the legacy of the original Number Nine restaurant alive. The page has raised $2,080 of the $25,000 goal as of Thursday.

An opening date has not been set yet for May and will be announced soon via the restaurant’s Instagram, the Margaryans said.