About 30 people gathered for Glow Roll 2022, a rollerskating event in Alamitos Beach where the public was invited to dress up in bright colors and “take back the night.”

The skaters started at the Junipero Beach parking lot and skated toward the Downtown waterfront.

The annual tradition was created by a small group of skaters to protest the violence and fear experienced by women while walking alone at night.

Dealing with street harassment is all too familiar for women, but when trying to pick up a new activity like roller skating, it’s enough to deter women from skating in certain areas, especially at night, organizers said.

The glow roll event was created in 2021 by Cody Danger, a Long Beach resident who saw a need, especially after so much uncertainty due to the COVID-19 pandemic.

“A lot happened during the pandemic behind closed doors and it’s easy not to feel seen,” said Danger. “Roller skating is one of those things that makes you feel free and sometimes a little invincible, but that barrier can be broken so quickly, especially when you’re skating outdoors.

“I wanted to show people that they can go out and feel confident, as long as you have the right people around you.”

Danger is raising funds to be donated to the WomenShelter of Long Beach, which has helped families overcome trauma caused by domestic abuse since 1977. Last year Danger raised $700, this year she aimed to raise $1,000. 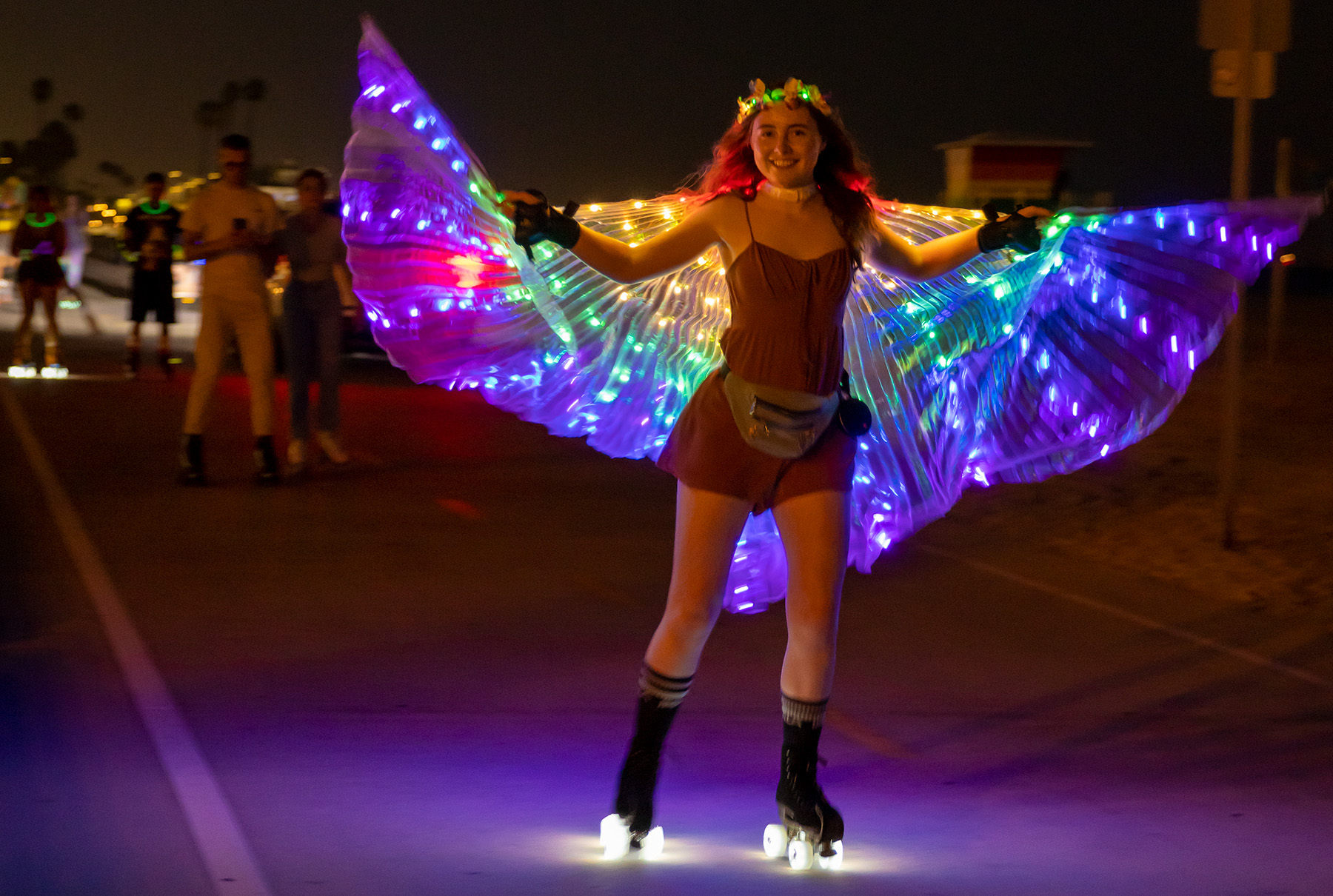 Kelly May lights up the Alamitos Beach bike path during the Glow Roll on Saturday, June 25, 2022. Photo by Sarahi Apaez. 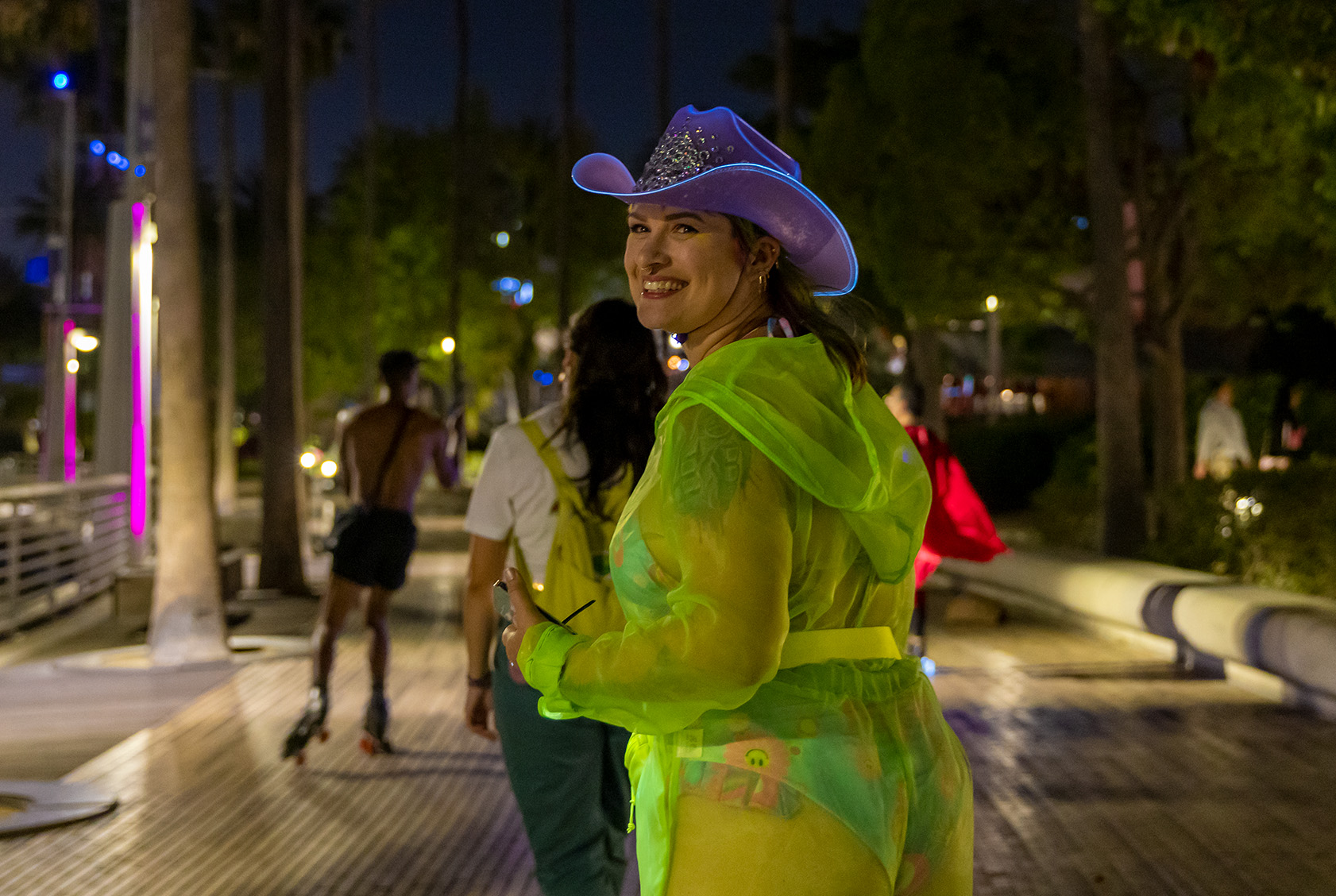 Cody Danger smiles while looking back at fellow roller skaters to see how they are faring skating over cobblestones during the Glow Roll on Saturday, June 25, 2022. Photo by Sarahi Apaez. 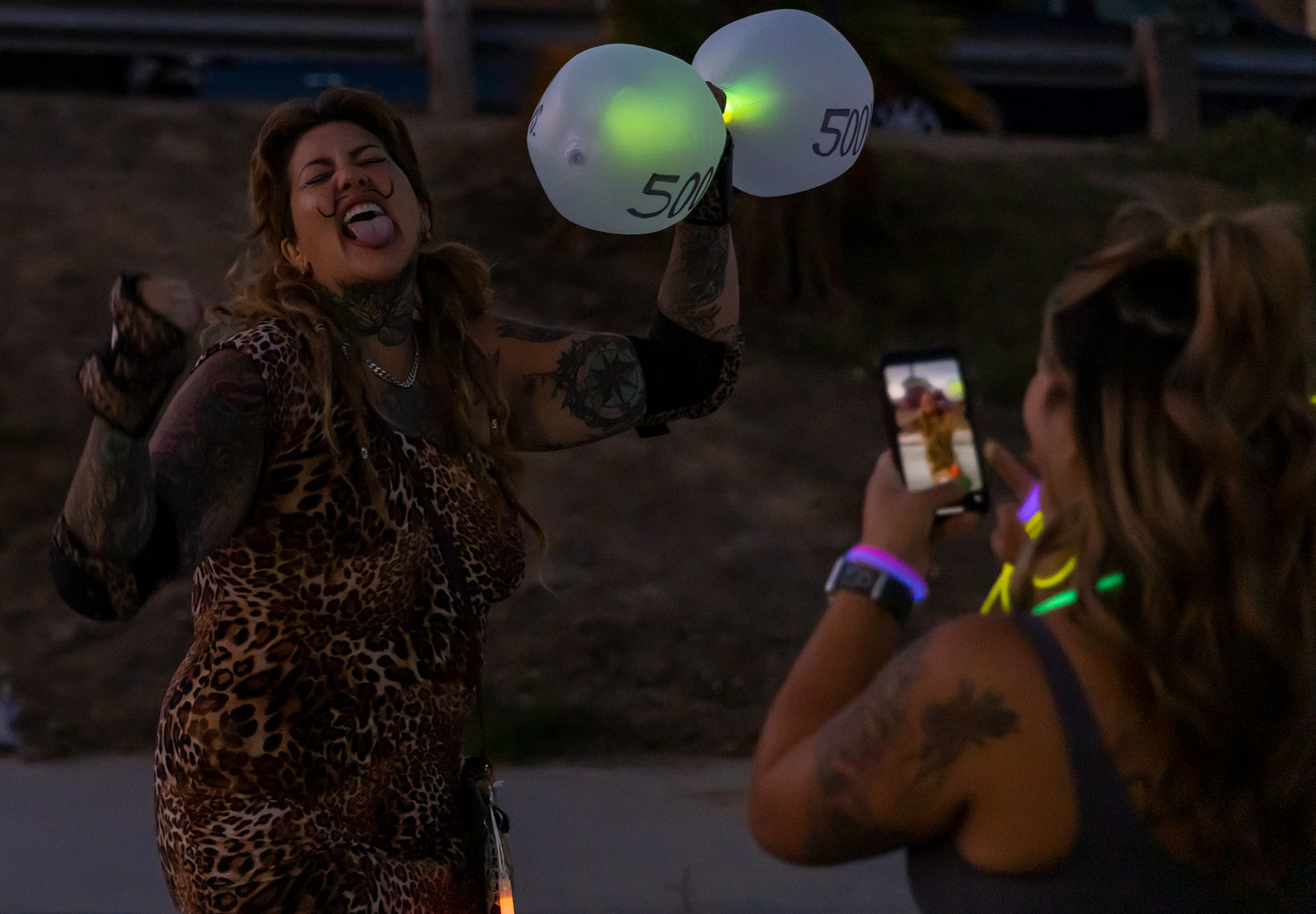 Roxy Wright poses for a photo in her “strong woman” outfit. Photo by Sarahi Apaez. 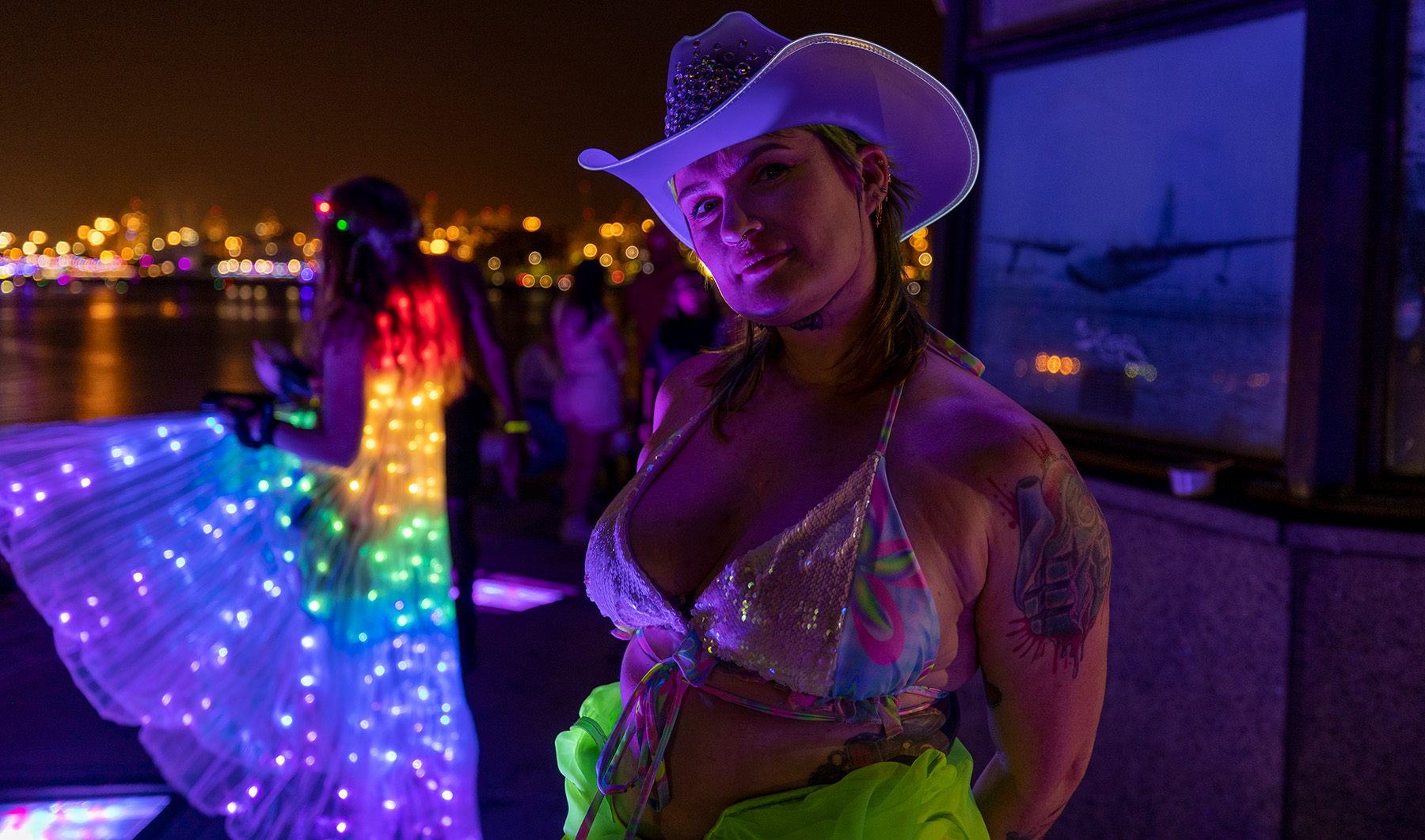 Cody Danger, host and creator of the Glow Roll, at Lion’s Lighthouse on Saturday, June 25, 2022. Photo by Sarahi Apaez. 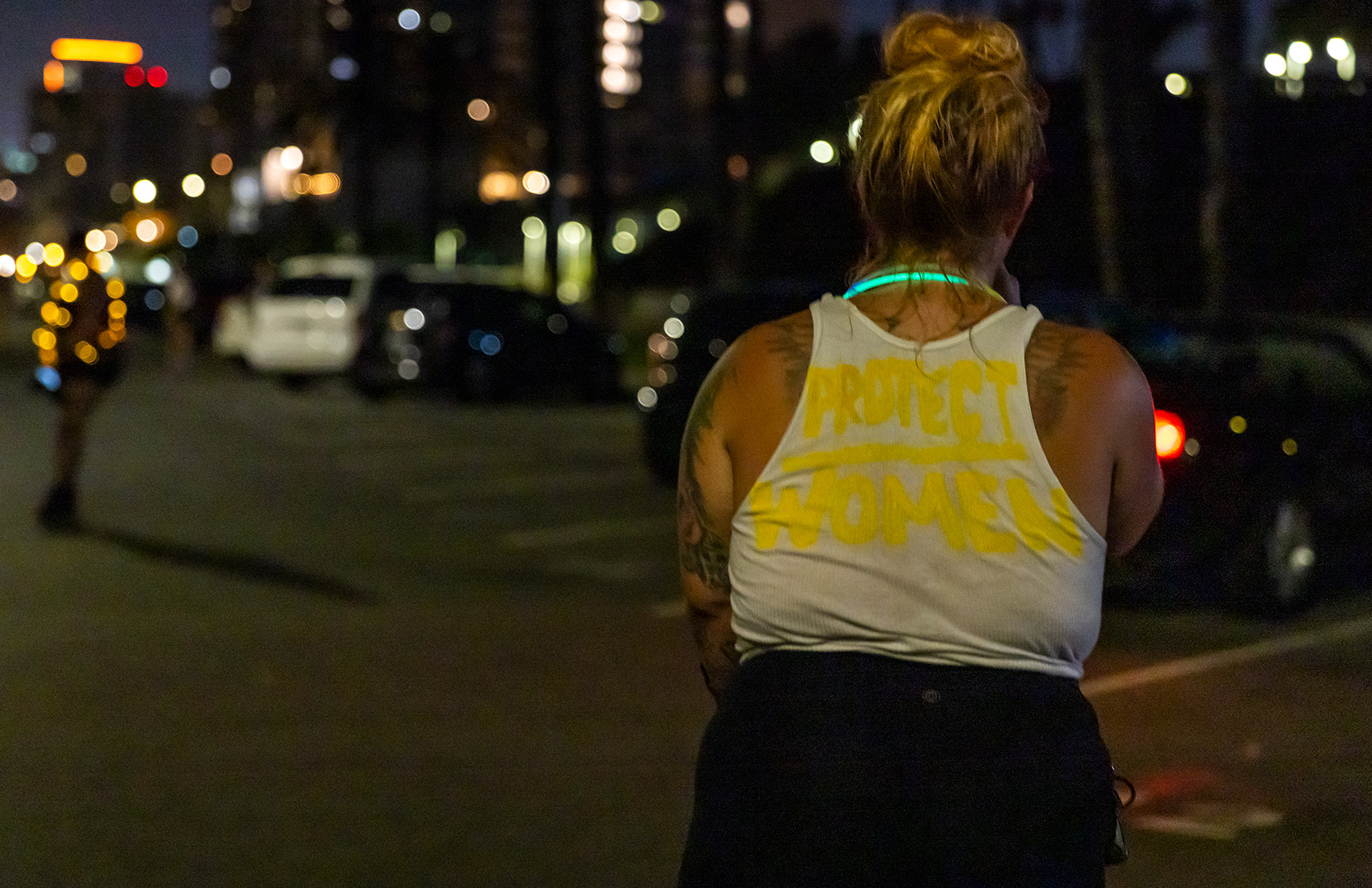 Kayla Bennett wears a shirt that says “Protect Women” as she skates down Alamitos Beach on Saturday, June 25, 2022. Photo by Sarahi Apaez.