When last we checked in with owners of local live music venues, nearly six months ago to the day, we found them doing what pretty much every other stripe of business owner was doing: struggling to survive.

So, they could have been forgiven any unbridled excitement upon hearing the news, Friday, that Long Beach was easing restrictions on, among many things, indoor dining, movies and live music because the county had been moved into the state’s more relaxed “red tier.”

Still, the excitement was soon tempered with the reality that while the updated regulations could work for restaurants, they simply will not work for most music venues, at least not ones in Long Beach.

The three main sticking points are these:

2) Performers must be separated by 12 feet on stage.

3) Performers must be separated by 24 feet from the audience.

As for the capacity limit, when he heard about that, Steve Guillen, owner of DiPiazza’s, immediately dismissed any thought of opening up his restaurant for shows.

“No,” he said. “No shows inside, outside of streaming live shows or filming a video. It doesn’t make sense to open up [for shows inside] to customers until we can have at least 50% capacity.”

Like other music venue owners, Guillen is now offering music outdoors and would rather pursue that without the hindrance of added regulations.

“We’re fully permitted for live shows outside and we’ll keep doing that,” he said. 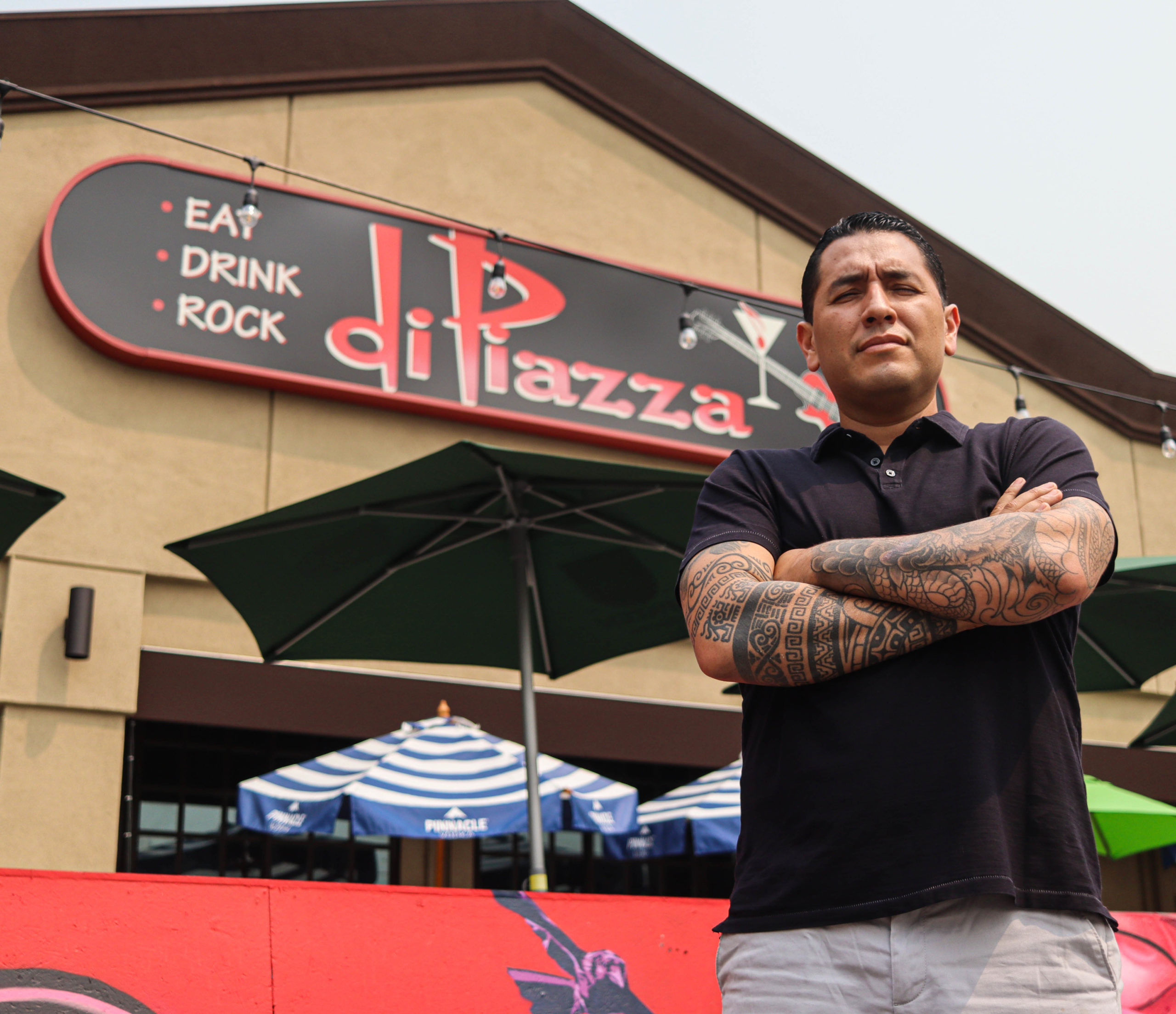 One can enjoy music outdoors at other popular spots such as Alex’s Bar and The Gaslamp. Michael Neufeld, owner of The Gaslamp, located on PCH across from Marina Pacifica, says his outdoor shows have been received so enthusiastically that he’s “hoping the city allows us to operate outside indefinitely.”

Despite the challenges, Neufeld appears ready to try and gear up soon for indoor entertainment. He said that his venue would not be able to host its typical national acts due to the limited capacity. More well-known performers are naturally paid more and the 25% capacity limit would not generate enough revenue to pay for such acts.

To adjust to the constraints, Neufeld said he plans to focus inside entertainment on local cover bands, light jazz, light classic rock, but no national acts.

“We’re going to have to really put it into overdrive to figure out our entertainment calendar,” Neufeld said. “I think we could have something in a week or two. I would love to be able to do it by next weekend.”

Alex Hernandez of Alex’s Bar said he also will not be opening for indoor music, but will continue to offer food, drink and music, usually a solo acoustic artist, outside. Like many business owners, Hernandez finds himself making it up as he goes along.

“Um, we’re just feeling our way through right now,” he said. “We’re probably going to expand our hours by the end of the month.”

One of the draws of Alex’s, indeed to all Long Beach venues, is their intimate nature. There really is no cheap seat, no bad spot; audience and performers are pretty much on top of each other, which sounded really cool more than a year ago. Now, not so much and not within regulations.

Requiring performers to be 12 feet apart would likely preclude any band of more than three people on stage at the same time. Some venues, such as combination clubs and restaurants such as DiPiazza’s or The Prospector, might not have the stage width to even fit two performers.

The 24-foot gap between the front of the stage and the audience, besides looking bizarre, would likely push a good deal of Alex’s audience out of the club’s back entrance.

Hernandez said he’ll continue with a single performer, outside. He doesn’t see anything changing until the region moves into far less restrictive tiers and, frankly, he doesn’t see that happening until September.

“We just passed the 365 [day] mark, we’ve been dark for one year,” said Hernandez, noting that this is the longest he’s ever gone without seeing a live show since he was 12 or 13. “It’s incredible we’ve made it this far. We’ll just keep going. People can come by, get something to eat and listen to some music in my big outdoor tent.

“I would have never thought I’d be operating like this, but it is what it is. You’ve got to adapt to this thing or you’re going to cease to exist.”