Representing tribes from across the nation, a group of Native American artists from California are showing their works at Signal Hill’s Greenly Art Space starting Sunday. Supported in part by a Local Impact grant from the California Arts Council, Greenly’s director and curator, Kimberly Hocking, worked with members of Neshkinukat, a network of California-based Native American artists, to bring the exhibit to life.

“As a local gallery we have sought to bring different aspects of our local culture to the community in the form of art gallery exhibitions,” said Hocking. “Part of this community includes the history of the land this gallery is on, and the history of the surrounding areas. The stories of Native Americans are woven into the fabric of this place.”

“We Are All Related: An Exhibition of Neshkinukat Artists” includes pieces such as ceramic masks, intricate fabric-based works, pottery and gourd art on display in an effort to highlight the Native American experience. The exhibit opens and will premiere on Greenly Art Space’s YouTube channel at 4 p.m. on Sunday, Sept. 27. For in-person viewings, appointments can be made.

“[…]I hope the viewers will gain a better understanding of contemporary Native American artists’ visions and processes,” said Long Beach-based and Neshkinukat artist Gail Werner, who worked with Hocking in putting the show together. “We come from many different tribal backgrounds and experiences and have our own unique ways of expressing how we are influenced by our tribal identities and cultures.” 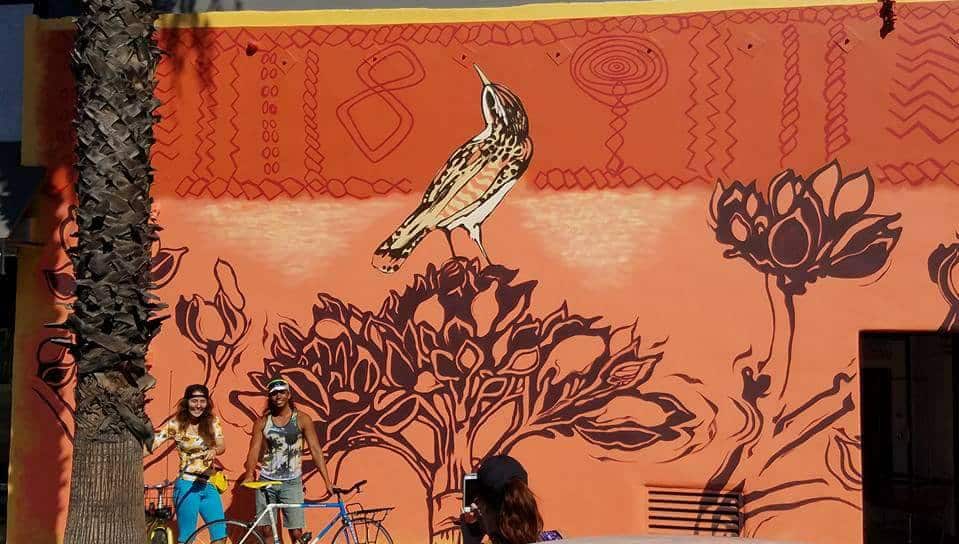 Werner, who is part Cupeño, Luiseño, and Kumeyaay, incorporates birds and elements of nature in her paintings referencing the desert and mountain landscapes of Southern California, as well as creation stories and traditional bird songs. Some may recognize her work from the POW! WOW! Long Beach mural she painted in 2016.

Native Californian of Hupa descent, Kat High, who also worked closely with Hocking to organize the show, recently conducted an art-making workshop on the theme of human connectedness through Greenly’s YouTube channel. Those interested in making some art of their own and even submitting their work to be included in an online gallery, see below.

Starting Oct. 18, a series of online workshops will be hosted throughout the duration of the exhibit, including an artist talk “Two Tribes Pottery” with participating artist Rowan Harrison.

“I hope the meaning of Neshkinukat, ‘we are all related,’ becomes apparent in our common bond with each other through our perspectives of the natural and spirit worlds, and also through our shared understanding of sociopolitical issues that affect Native Americans,” Werner said. “This show at Greenly Art Space is an opportunity to let people know that we are still very much here, even though Native American voices are not always given a chance to be heard.”

Some of the works in the show that moved Werner the most include artist Carina Roberts’ photograph, “Yucca Flower.” Roberts has been documenting the natural recovery of the Angeles National Forest since the 2009 Station Fire, Werner said, and her work captures the essence of the yucca flower in spirit, perfectly. 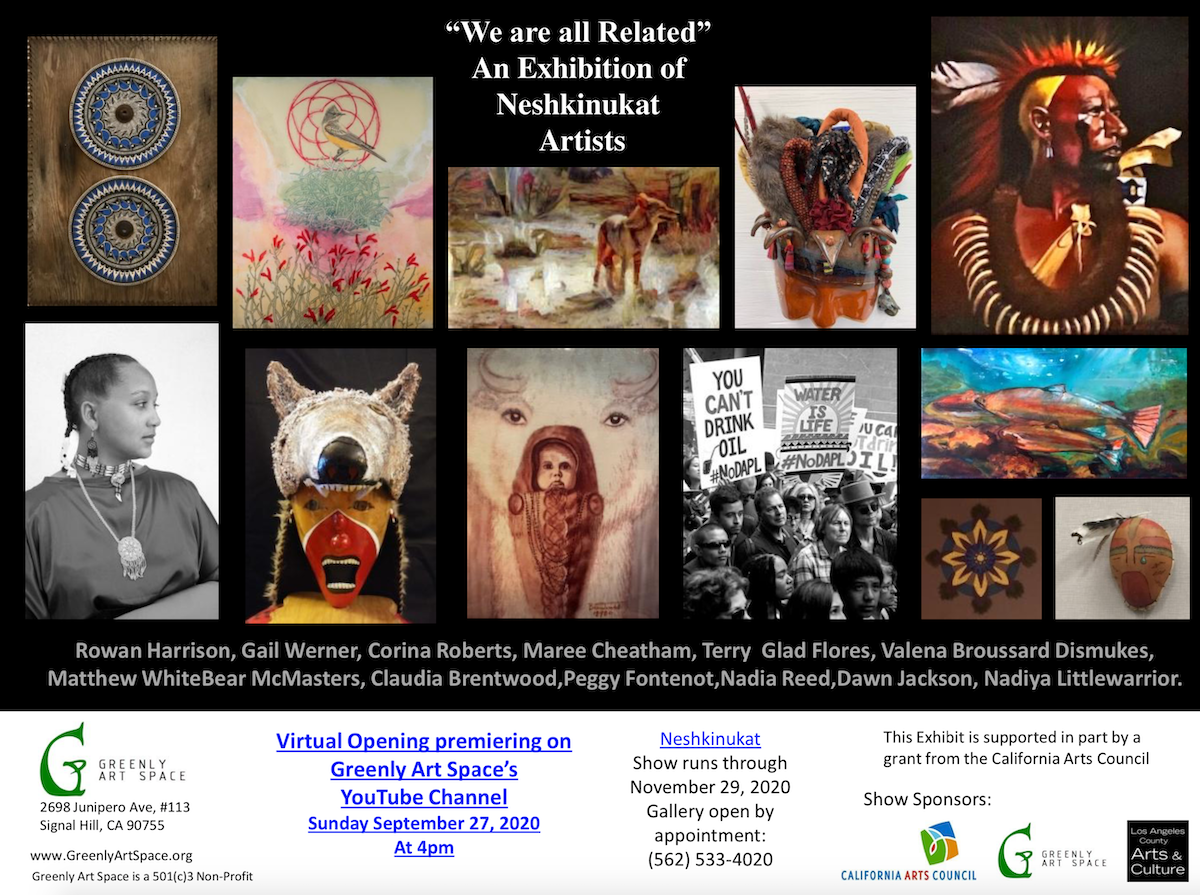 When asked what Hocking hopes viewers are able to take away from seeing the exhibition, her answer was multi-layered.

“I want them to be inspired by the craftsmanship of the work, the way that heritage and story affects the work, and to have an interest to learn more about the concerns of Native American people,” Hocking said. “I want them to consider the ways that they are related to those around them as well as the land, animals, etc.

“I want them to be inspired to experience the work in person at Greenly and for it to bring to them a sense of hope during this dark time. These artists have much wisdom and skill in their art forms, and they are still creating and bringing beauty into the world.”

The exhibit opens and will premiere on Greenly Art Space’s YouTube channel at 4 p.m. on Sunday, Sept. 27. Check out the channel here, as well as greenlyartspace.org for more information on the exhibit as well as upcoming workshops. Due to the pandemic, in-person visits can be made by appointment only by calling 562-533-4020.