They wanted to encourage civility and kindness; what they got were racial slurs and pornographic images • the Hi-lo
- ADVERTISEMENT -

Walking into Downtown’s Long Beach Coffee and Tea shop to be greeted by smiling faces, encouraging words and a puppy, was exactly what Shani Crooks needed Sunday morning, the days leading up to it having been, in her words, “traumatizing.”

That was just Wednesday and Thursday.

What had Crooks and her colleagues done to inspire such toxicity?

They’d organized a series of events designed to encourage civility.

The last of those events was Sunday, a pay-it-forward occasion at LB Coffee and Tea as well as Confidential Coffee that encouraged patrons to not only buy a cup of coffee for a stranger but perhaps engage them in a conversation—a civil conversation—even if they may have differing opinions. They were also encouraged to sign an online pledge to act more humanely.

“It’s about small acts of kindness,” said Samantha Troisi, who along with Crooks and three other journalism/public relations students, make up the CSULB-based group, CivilityLB. “Civility is not a common word we use, so I’m just telling people it’s about being kinder, nicer, more respectful.”

That is all CivilityLB had been organized to do and it’s confusing to its members why anyone would have a problem with that? Actually, the civility campaign was part of a months-long program by CivilityLB as they competed in the Bateman Competition, the Public Relations Student Society of America’s premier national case study competition for public relations students.

The group went out of its way not to give any opinion on any issue, but given the reaction online, one would assume they had laid out some hardline agenda, ideology or imposed harsh rules of engagement. Quite the opposite. CivilityLB encouraged differences and strong opinions, the whole point of the exercise was for people with differing opinions to engage in civil, respectful argument.

In an earlier Long Beach Post article previewing the event, Crooks had said that “I should be able to debate with you and disagree with you and not be in fear for my life,” and likened Wednesday’s event to speed dating in that participants were paired for a few minutes to discuss whatever they wanted and then were paired with a different participant.

She said the first sign of trouble came when a man identified himself using a coded racial slur, then started moaning and making sexual advances to the females in the room.

“We kicked him out of the room,” she said.

“During the panel, a gentleman came into the meeting and started pleasuring himself on camera,” Crooks said. “It seemed as if I could not kick him out fast enough. We knew there was potential for heavy discussions, we planned for that, but we didn’t plan for that.”

She continued, “even though we are trying to change the state of incivility in Long Beach, this has been traumatizing. We feel we are being targeted because we are advocating for change and societal improvement. We throw Zoom events all the time outside of this campaign and have never had this happen. We have also noticed that universities that are hosting Black History Month events via Zoom are being ‘Zoom bombed’ as well.”

Crooks points out that a similar reaction occurred recently at the University of Wyoming when a Zoom event, also honoring Black History Month, was targeted by bombers who posted pornographic images and numerous racial slurs.

“When I saw that I was like, ‘OK, this is starting to make sense. We are being targeted.’”

Sunday brought with it a completely different vibe and reaction. Being an in-person event, Troisi said she knew there would likely be no problems since the people who cause trouble online do so “with the anonymity of the Internet; the courage they get comes from hiding behind a keyboard.”

Troisi found enthusiasm for the project at Confidential Coffee from the moment it was proposed to the shop’s owner, Denise Maldonado, who thought it was especially important right now to show a little kindness.

“When [Troisi] walked in and explained what they were doing I said ‘Let’s do it!’ I didn’t have any of the details but let’s do it,” Maldonado said. “Right now, especially with the pandemic, people are losing hope, they’re wondering if things are going to get better. Shouldn’t you want to find the kindness in other people?” 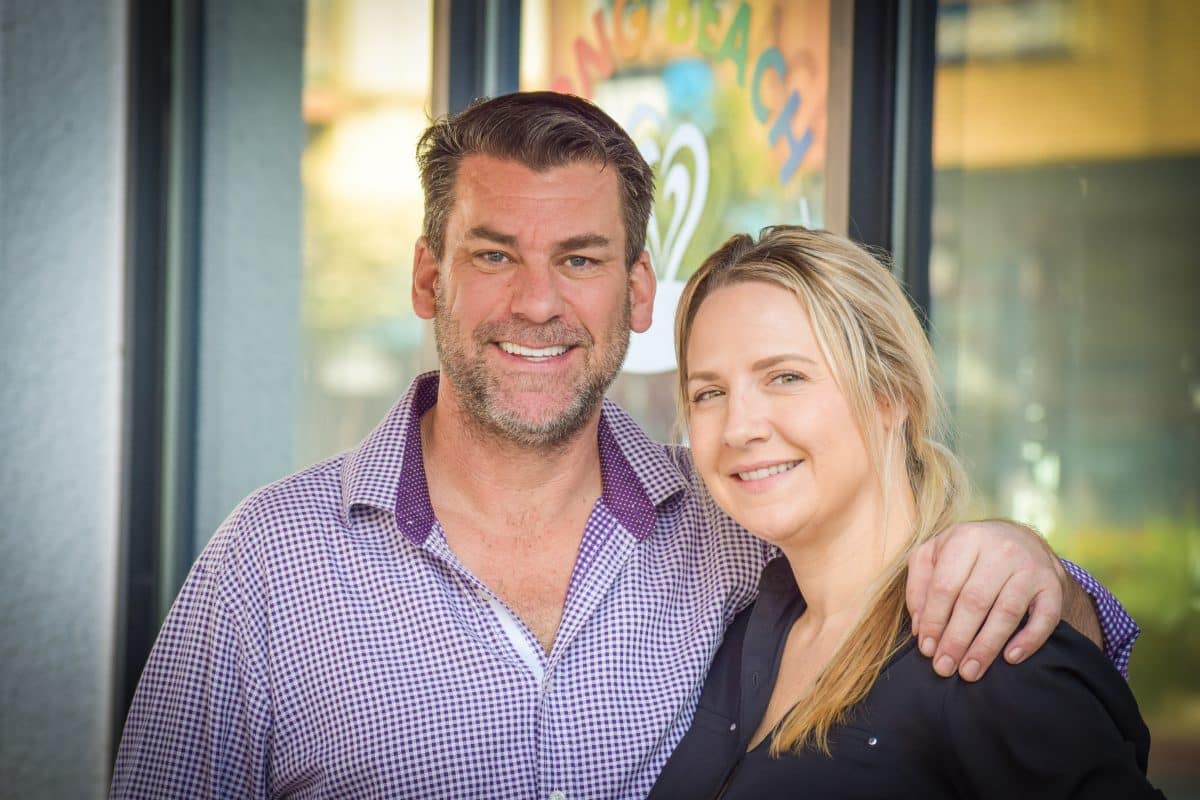 Crooks said that her group approached Maldonado and LB Coffee and Tea’s Tom West and Shannon Francis because they knew they would want to be involved with something like this.

“They’re such good people,” she said.

Still, she admits, that when Sunday dawned, she was in anything but a good mood. She said the days leading up to Sunday “shows why we need to keep doing this,” but admitted, “we’re kind of scared to do any more events on Zoom. This has been kind of hard to bounce back from.”

But when she walked into LB Coffee and Tea and was instantly greeted with smiles not only from West and Francis but a group of vets and a puppy—”everyone was playing with the puppy,”—that it “gave me a lot of hope. It reminded me that great people still exist.”