Some people are sleeping more under stay at home orders; that's a good thing • the Hi-lo
- ADVERTISEMENT -

It’s not surprising that people living under the crush of unprecedented financial and health stresses would have trouble sleeping. Most would consider it completely understandable for even the most psychologically sound person to lay awake at night, contemplating their place in the world amid a smorgasbord of fears and anxieties.

But, what about those who have found themselves actually sleeping more than usual? It turns out that it’s more than a few who, flummoxed by this turn of events, have taken to Twitter and other social media platforms to talk about this unexpected change in their sleeping patterns.

Am I the only person sleeping more? I used to average 6 hours and since the lockdown it’s more like 8.5.

The conundrum of staying home and doing much less, at least physically, but needing more sleep, may not only confuse people but have them passing judgment on themselves for “oversleeping.” Certainly, there are medical conditions that cause a person to oversleep, but we’re referring to those whose usual six to seven hours have turned into eight to 10.

“Our culture typically is sleep-deprived,” said Shirley Furman, a psychiatric mental health nurse practitioner of nearly 25 years and sleep specialist (PMH-NP), who sees this new disruption in routine as an opportunity to build healthier sleep habits.

It’s also the time to be especially gentle with ourselves, she added.

For those who considered sleep, before the lockdown, the only thing standing in the way of them writing their dissertation, running for President or getting the kids to soccer practice on-time, it may be that they’re finally catching up on sleep as their body attempts to heal itself into a more restorative pattern. 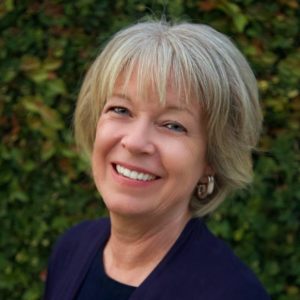 “The longer and deeper you go, the more restorative your sleep is,” Furman said, who added that clients often tell her that vacations are the only time they’re able to sleep adequately. “So that’s why going at least seven and a half, eight hours, improving your immune system, is so much better than if you’re sleeping six or seven.”

Increased, or even decreased sleep, could also be a sign of anxiety or depression; other signs and symptoms of those disorders should be considered in assessing your sleeping habits.

“Not surprisingly, there’s more of that going on right now,” said Furman, who added that some people may be using sleep as an escape.

Similar to overeating or drinking, sleep can be a source of comfort for a person that’s overwhelmed, depressed or anxious. And anxiety can leave anyone exhausted enough to sleep more or require more healing hours of rest than what they’ve typically required in a non-anxious state.

“I’d say if you’re doing that, don’t judge yourself,” Furman said. “You probably need it.”

But while increased anxiety and depression may be part of the reason for shifting sleep patterns, Furman believes that most people are “horribly sleep-deprived” and are simply, finally, catching up.

“That’s when your body does all the repairs, whether we’re talking about depression, anxiety, your immune system, your memory, your reflexes,” Furman said. “So in times of stress, it’s not unusual that we need a little more.”

Sleeping patterns have also changed in large part because so much of what we do, day in and day out is part of a routine, we generally have to use our brains very little when completing these daily tasks.

“That’s gone,” said Furman. “We’re having to think so much harder, and it’s so exhausting by the end of the day, because we’re used to accomplishing so much with our schedule and routine that it’s automatic. We don’t have to think, we’re just in that zone and know how to do it, but that zone’s gone. I’m not surprised that it takes more work for the brain, it creates more anxiety, we’re more frustrated.”

So how can people maintain or return to a sense of normalcy when it comes to getting adequate sleep under these stressful circumstances?

Furman stresses it’s time to accept that we have to create a new normalcy—”I don’t think our normalcy is ever going to be exactly the same”—with people at home taking more control over their sleeping habits, implementing patterns that are more useful in their lives.

“I would say this is a great opportunity instead of going, what’s wrong with my sleep, going, what’s my sleep trying to tell me? What does it really need? Am I catching up? Am I taking the opportunity to find the cycle that fits me best?”

Furman herself is in the process of waking up earlier, a practice she says has been hard to implement as a nighttime person, and it’s something she’s always wanted to do. Every night, she’s been moving her bedtime up by 15 minutes and waking up 15 minutes earlier until she achieves her desired time.

“If you move it [your bedtime] up by 10 to 15 minutes a night, the body usually doesn’t resist and will follow,” Furman said.

As an infectious disease nurse at UCI Medical Center for a number of years, Furman said her background is also why she’s constantly “tying in this virus with, we need to sleep, that’s our best medicine.”

“We don’t have anything that’s as effective against this as building our immune system right now and sleep is one of the most efficient ways you can build your immune system,” Furman said. “People need to sleep more. They can’t take pride in getting six hours of sleep, it’s only hurting them.”

Kathy Remeika, a marriage and family therapist who was a guest on a Long Beach Post Live Chat Friday, April 10, said the cause of disrupted sleep habits may be a lack of exercise with this shift to a more sedentary lifestyle.

“Obviously there’s more than one reason, but what I’ve seen as a pattern, is exercise has definitely been a change in what we do. We’re not as active, but you need exercise for your mental health, as well.”

Not performing your usual workout can lead to a lowered emotional state and a feeling of restlessness, making it harder to sleep. This may be why some people are also sleeping later than their normal wake-up time.

“It really is important to find ways to stay connected to your body,” Remeika said. “That’s part of nourishing yourself. […] You really want to just check in with yourself more than you’re used to.”

Live Chat: How to manage mental health during COVID-19 from a marriage and family therapist https://t.co/dJesNTwZhb

Remeika said one of her more anxious, high-performing clients said this is the first time he’s been able to give himself permission to just be, and it’s allowed him to sleep better in this last week than he has over the past year.

“That’s such a hard shift for people, because we’re such doers in this culture that just being able to think about who you want to be in this, versus what do I want to do, is really a big shift in how to live your life,” Remeika said.

The Sleep Apnea Girl, Inc., a Long Beach-based sleep testing facility, provides a list of things you can do to improve your sleep hygiene, including such usual tips as avoiding caffeine six hours before bedtime, even jotting down your stresses so as to take them off your mind, but most importantly, sticking to a regular sleep schedule as closely as possible, even on weekends.

“The best thing we can do for our sleep is have a pattern and hold it just like we know is best for our kids,” Furman said. “When we have kids, we know if we hold them to a bedtime routine of five to 15 minutes that makes a big difference. When we give them a half hour leeway, or an hour it messes everything up. Well, we’re the same, but for some reason we believe as adults we can get away with it, but we don’t.”