Stop us if you’ve heard this before—you have—but before the pandemic, Brenda and Luis Navarro had a lot of plans.

Plans that included fulfilling the wishes of customers who’d long-requested they distill a whiskey to go along with the vodka and gin they already produced at Portuguese Bend, one of the three local restaurants they own—Lola’s and The Social List being the others.

Plans that had them producing a signature coffee in concert with Recreational Coffee to be used during brunches at Lola’s, as well as sold via retail.

That all changed in March, as the pair suddenly found themselves trying to figure out not just what came next, but how they would survive a future that, Luis said, presented an “unwritten roadmap to navigate.” To demonstrate how muddled a map that was, it wasn’t long into the pandemic that the only new item Brenda and Luis were producing was neither whiskey nor coffee but hand sanitizer.

“Brenda and I say we’re kind of like a piece of driftwood in a river,” Luis said. “We’re floating through this river and it sends us one way and another, and we’re just going with that flow.”

After seven months, it’s finally pushed them back to the beginning and the pair that wanted to produce a “100% Mexican coffee” eight months ago, are finally going forward with their original plans, and yes, the coffee, Vista Hermosa, made in collaboration with Recreational’s Bobby Hernandez, will soon be available at each of Lola’s locations on Retro Row and Bixby Knolls, as well as for sale online as a boxed set. 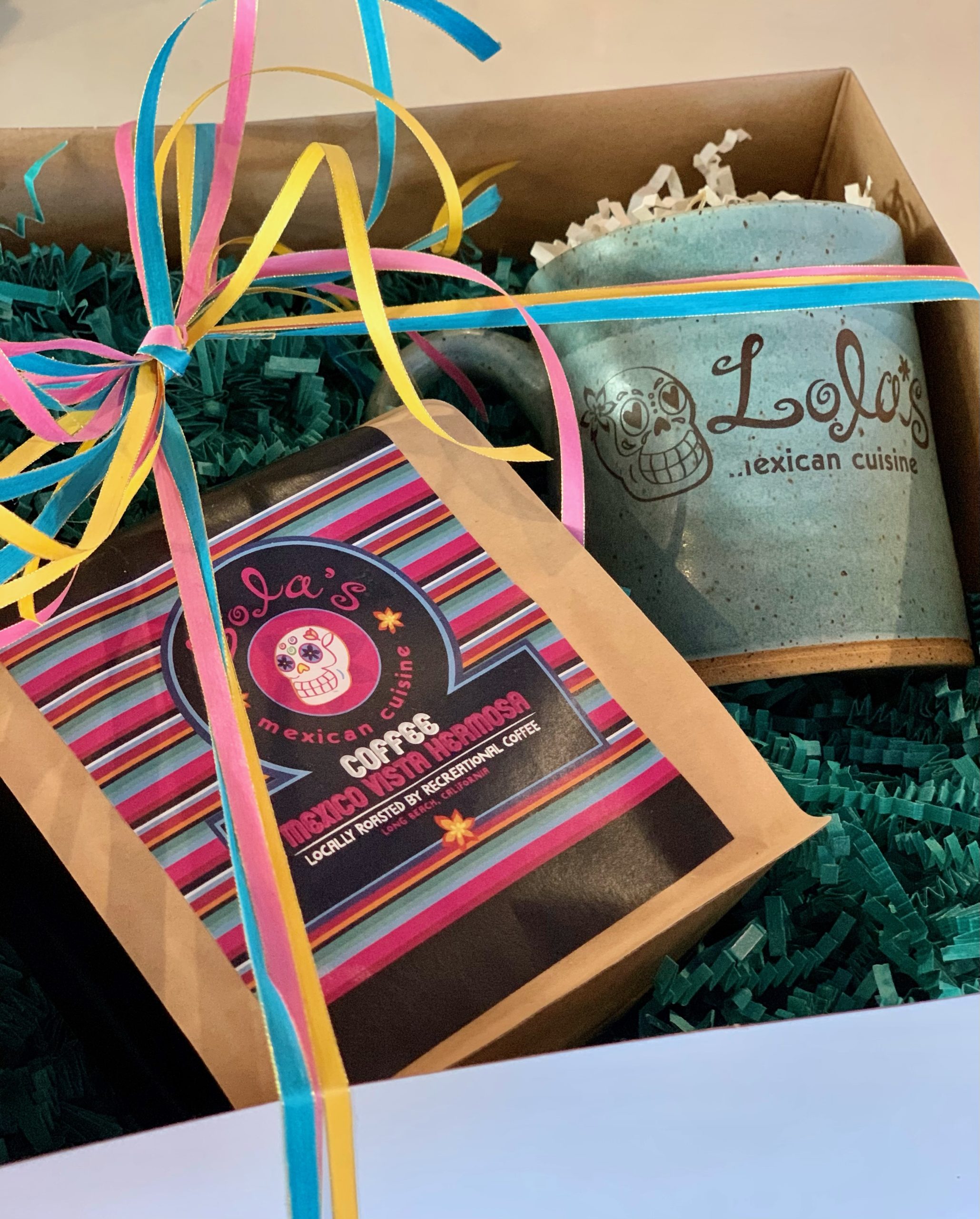 The set, which retails for $49.95, comes with a 12-ounce bag of freshly roasted coffee from Finca Vista Hermosa Farm in Chiapas Mexico as well as a handmade ceramic Lola’s mug and Mexican cinnamon piloncillo, ready-made for cafe con canela, a very traditional style of coffee.

Though they didn’t plan it this way, the coffee, and its medium blend with sweeter notes of chocolate and caramel, seem perfectly suited for the upcoming holiday season.

“We had the idea of this eight months ago,” Brenda said. “We reached out to Bobby who, at the time, had an array of coffees. We wanted to get a really awesome, 100% grown Mexican coffee, to coincide with the Lola’s brand.”

After testing numerous blends, they arrived at one “we loved the most.”

Then COVID happened, throwing everything on a back-burner. When the couple finally felt like matters had stabilized enough, they went back to Hernandez in August who told them that he’d be happy to work with them again but that the coffee they loved was no longer available.

“But Bobby is amazing, he went right back and was able to source the coffee we have now,” Luis said. “We loved it and we said, ‘let’s go for it.'”

Now, you can too.

Oh, and the whiskey? It’s coming, probably the beginning of the year. We’ll get back to you on that one.

Lola’s is located at 2030 E. Fourth St. and 4140 Atlantic Ave. The box set will soon be available on the restaurant’s website.