If you’ve driven on Shoreline Drive lately, you’ve probably noticed two things. One, people are paddling the swan boats again! Two, there’s a whole lot of something going on behind that chainlink fence in the “Elephant Lot” that adjoins the Long Beach Arena.

That something is the construction of beach volleyball courts for a three-weekend tournament set to begin Saturday, July 18.

The tournament, put on by the Association of Volleyball Professionals (AVP) will be held July 18-19, July 25-26 and August 1-2—will attract top talent and a national television audience. What it won’t have is fans since, like virtually every sporting event in the country, spectators will not be allowed.

So the construction that is going on right now involves tons of trucked-in sand to construct courts as well as the creation of TV broadcast spaces to broadcast the event live on NBC and to stream live on Amazon Prime. 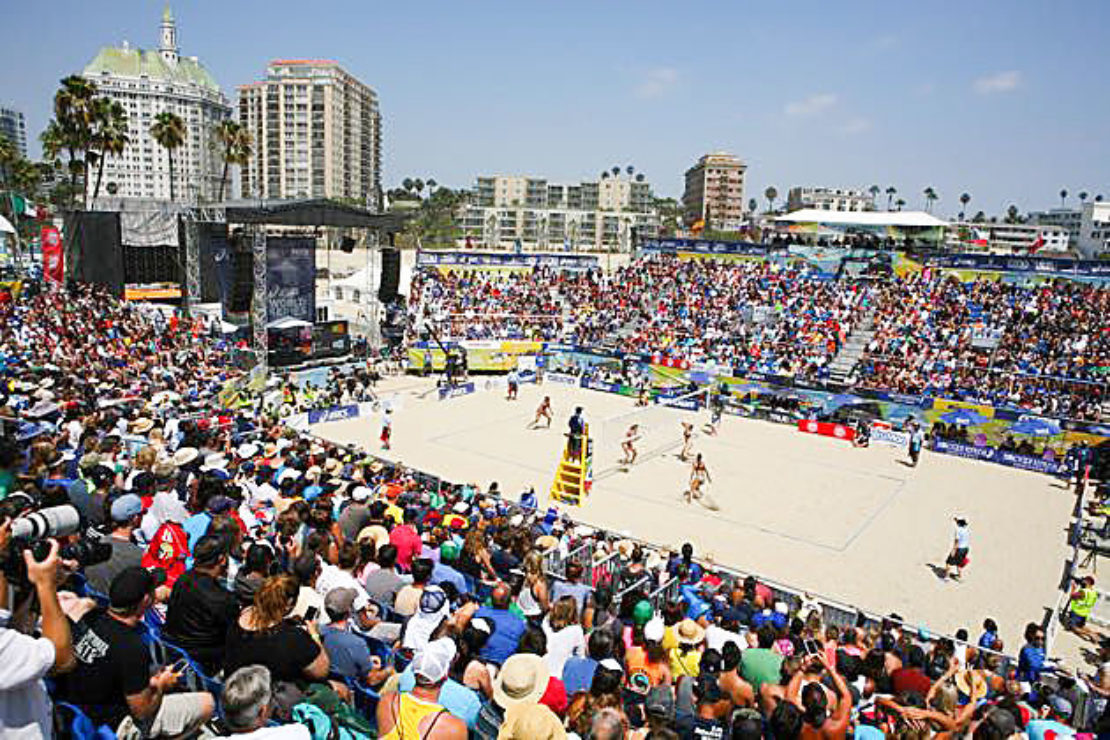 The forthcoming AVP beach volleyball tournament will kind of look like this, except with none of the people.

Given Governor Gavin Newson’s rather sweeping restrictions on gatherings of most kinds, there’s bound to be some question whether a professional sporting event, sizeable even without fans, will still happen this weekend?

“Right now [Newsom’s directives] doesn’t affect us,” said AVP spokesperson Megan Hanson. “We’re at the mercy of COVID like everyone else and so we’ll proceed with the series responsibly, making changes if we have to. We’re more than willing to adjust, the health and safety of everyone involved is most important to us.”

If the tournament goes off as planned, it will have a total prize pool of $700,000 with three mini-tournaments: the Monster Hydro Cup this weekend; the Wilson Cup, July 25-26 and, because they apparently ran out of names, the Third Cup, Aug. 1-2. 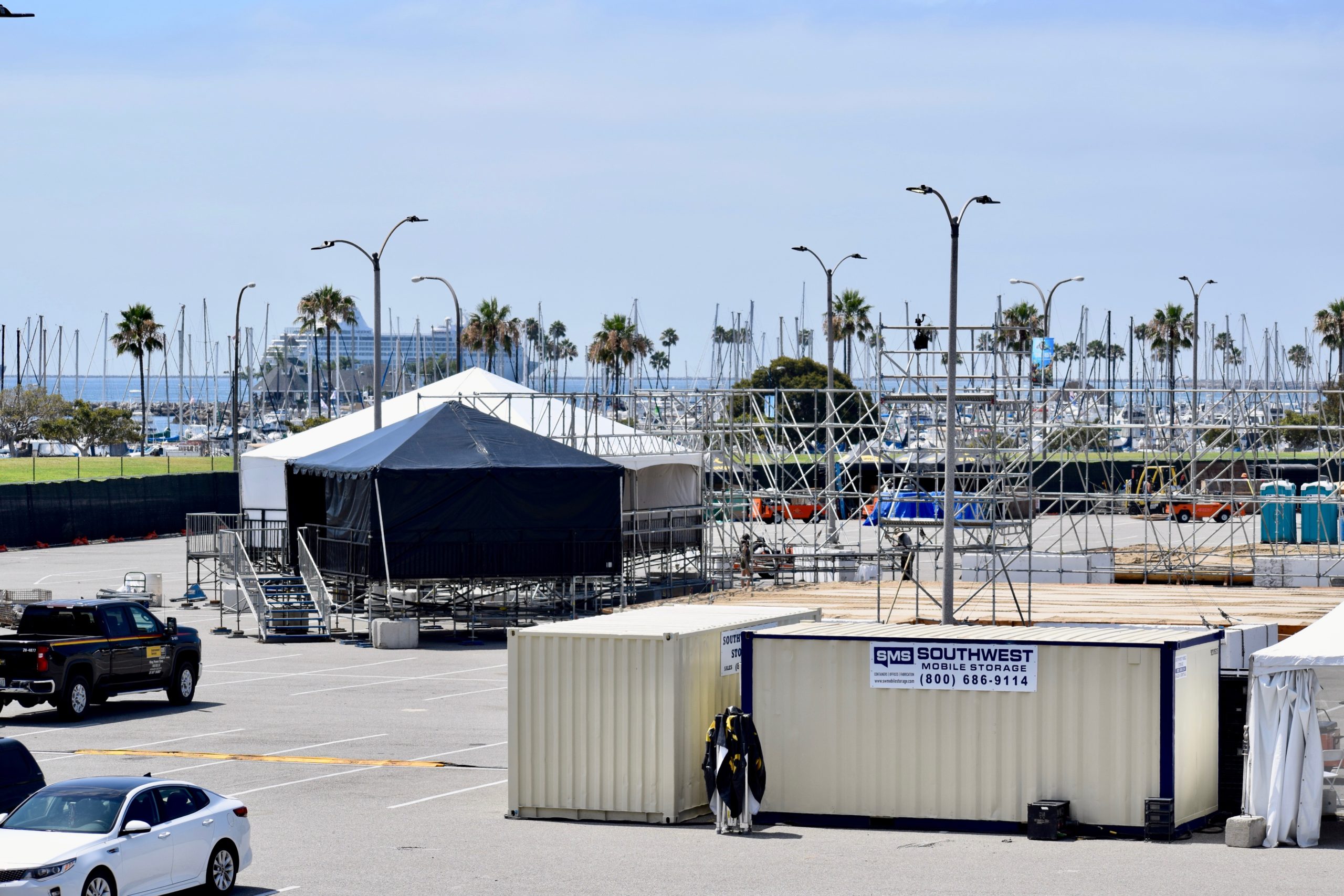