Things to do in Long Beach this weekend including... a craft beer festival and 'Swan Lake' • the Hi-lo
- ADVERTISEMENT -

A special one-day performance of “Swan Lake” is happening at the Terrace Theater this weekend, as well as a variety of drinking and dining opportunities. Those looking to get some fresh air can also check out the cycling Beach Streets event and a roller disco celebrating the beginning of Hispanic Heritage Month. 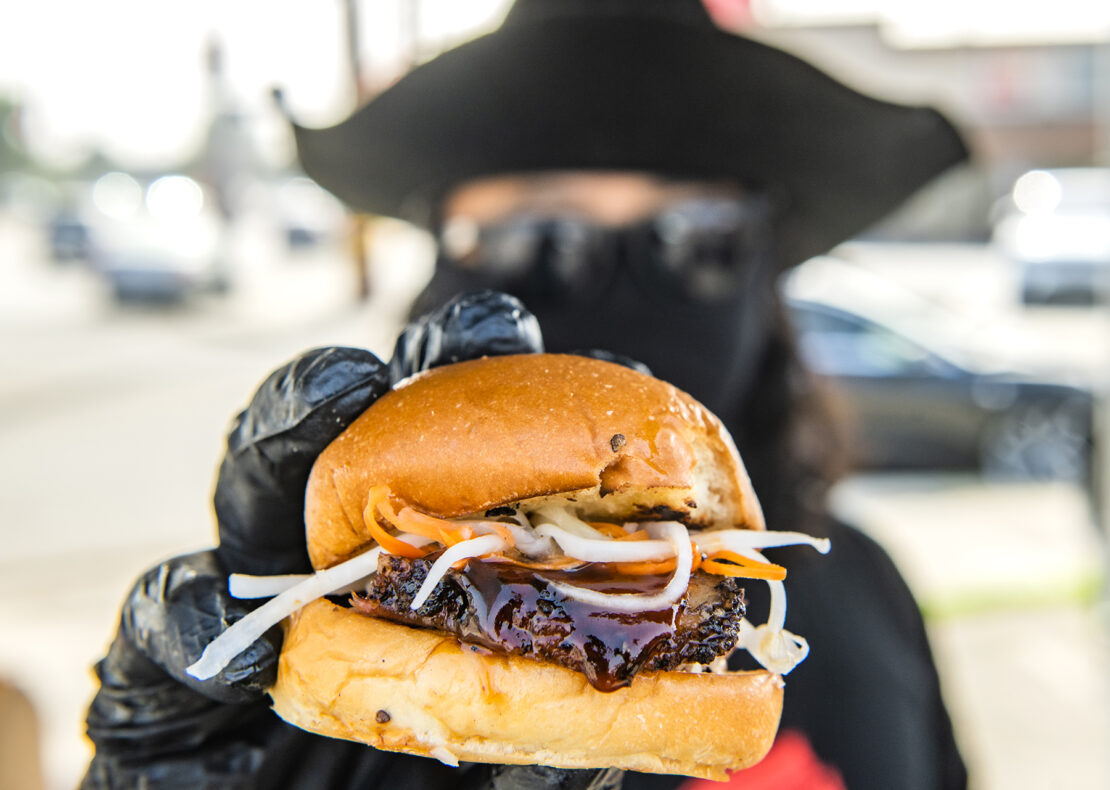 Tao’s book is a memoir that details her mother’s journey from Cambodia to America as a survivor of the Khmer Rouge genocide to become part of one of the most prolific doughnut businesses in California after marrying Ted Ngoy, the “Donut King,” who built a multi-million dollar doughnut empire up and down the West Coast. Ngoy’s journey is the subject of a popular documentary released in 2020.

Tao will be signing copies of her book you can purchase at the pop-up from 4-10 p.m. Friday, Sept. 16 at Ten Mile Brewing. The pop-up is free to attend; food and drinks are not free.

The World Series Ballet stops in Long Beach on its nationwide tour for a one-day performance of the classical masterpiece “Swan Lake,” on Friday, Sept. 16.

The production at the Terrace Theater features a multinational cast of 50 professional ballet dancers representing 10 countries, hand-painted sets and over 150 hand-sewn costumes.

The company has tweaked the production slightly, bringing in choreographer Nadezhda Kalinina, who “lovingly retouched the oldest Marius Petipa’s version of the ballet,” according to the company’s website.

Tickets range from $65 to $85. Click here for more information and to purchase tickets.

The Terrace Theater is at 300 E. Ocean Blvd. at the Long Beach Convention Center. 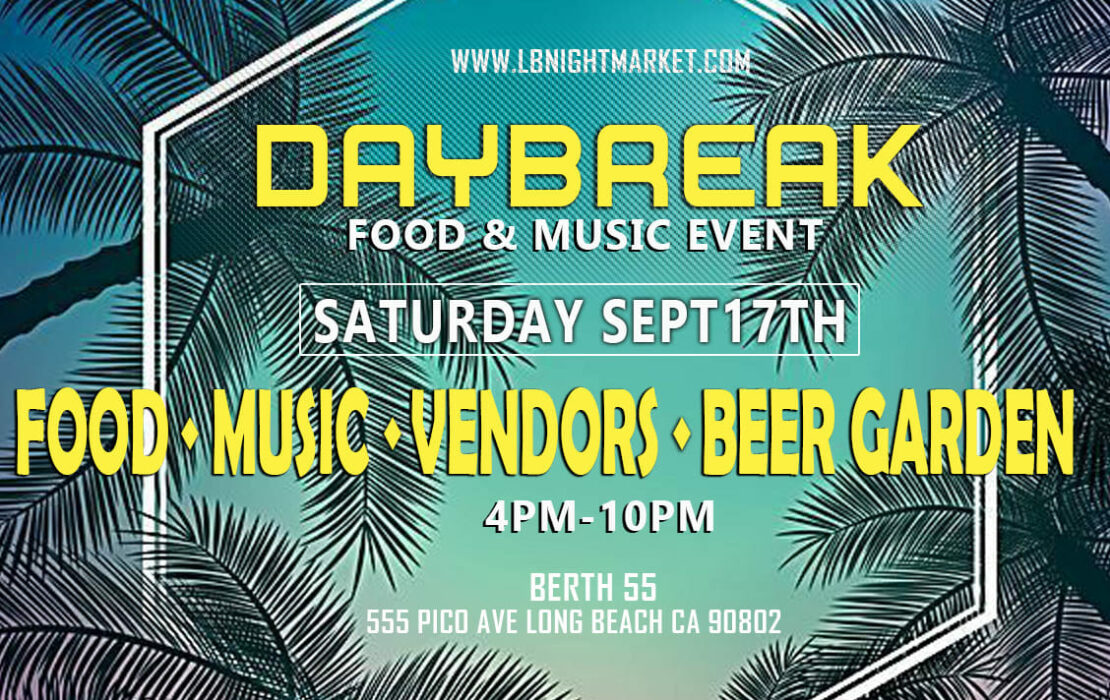 The event also promises a market with clothing, arts and crafts merchandise and more. It’s also family and pet-friendly and free to attend if guests RSVP, click here.

Find the event at Berth 55 Fish Market and Seafood Deli from 4-10 p.m.

Berth 55 Fish Market and Seafood Deli is at 555 Pico Ave. 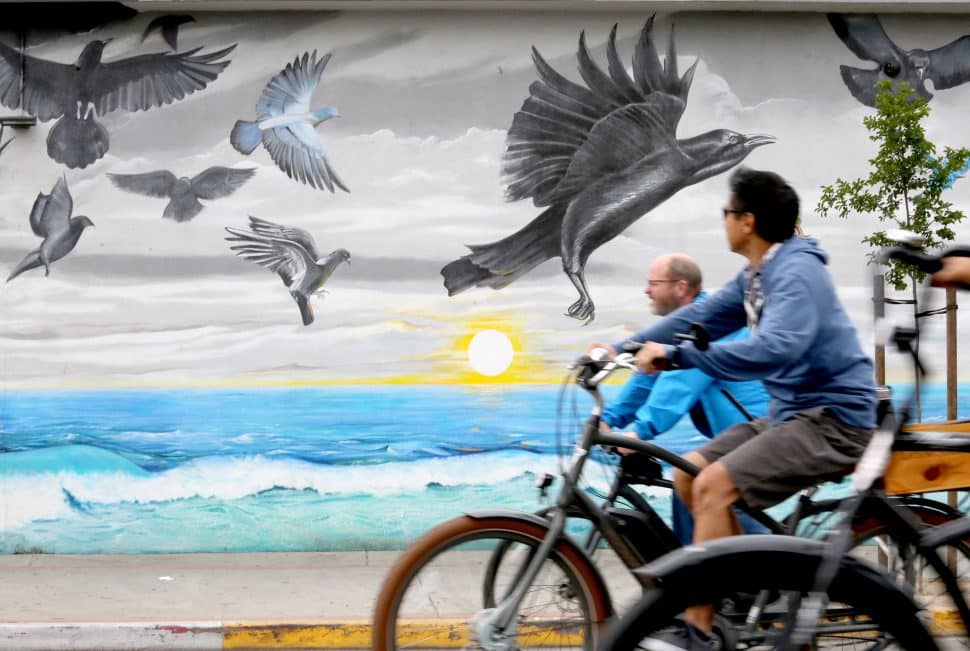 In this file photo, cyclists pass a mural on Pacific Avenue as they take part in the Beach Streets event, which featured a 2.5-mile route that was shut down to vehicles. Photo by Tracey Roman.

Back for the first time since 2019, the popular Beach Streets Open Street event, Beach Streets University, which gives the public unrestricted riding access along streets normally occupied by cars is set to return to East Long Beach.

Streets will be closed to cars and other motorized vehicles near Cal State Long Beach on Saturday, Sept. 17, from 11 a.m. to 5 p.m. to allow the public to walk, bike and socialize safely. Along the route, attendees can enjoy free, family-friendly entertainment hubs including a dedicated children’s area at Whaley Park, outdoor music, food and drink specials and activities at the Walter Pyramid. 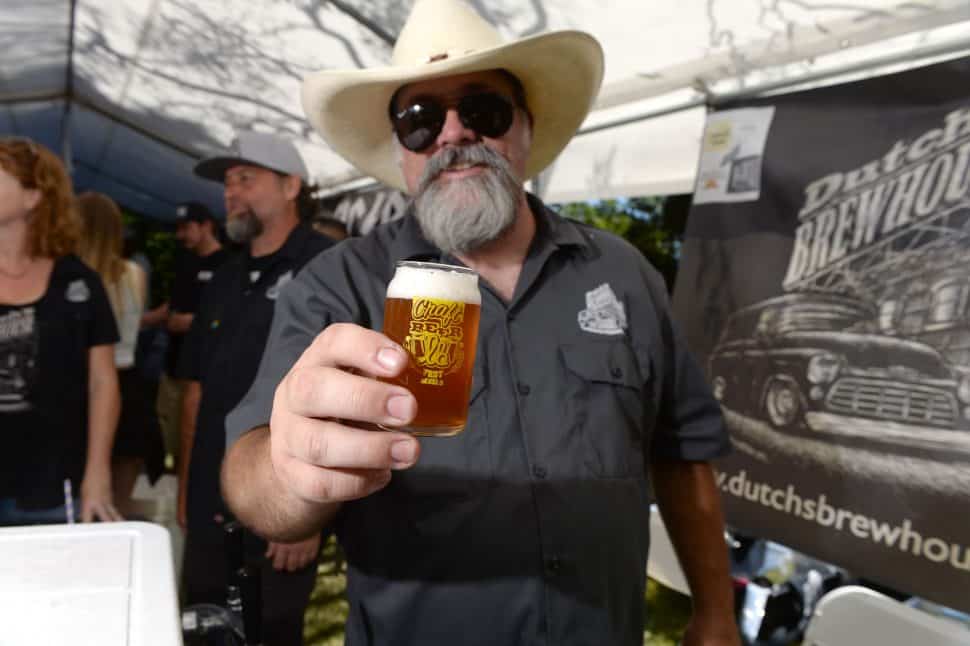 In this file photo: Dutch’s Brewhouse owner Jason ” Dutch” Van Fleet, pours some of his beers during The Craft Beer LB Fest, held at Rancho Los Cerritos. The festival features food, artist and local Long Beach Breweries. A portion of the proceeds will be donated to Rancho Los Cerritos. Photo by Stephen Carr.

Food and entertainment will also be available on-site. General admission tickets cost $35. Children ages 15 or younger may enter for free. Click here for more information and to purchase tickets. 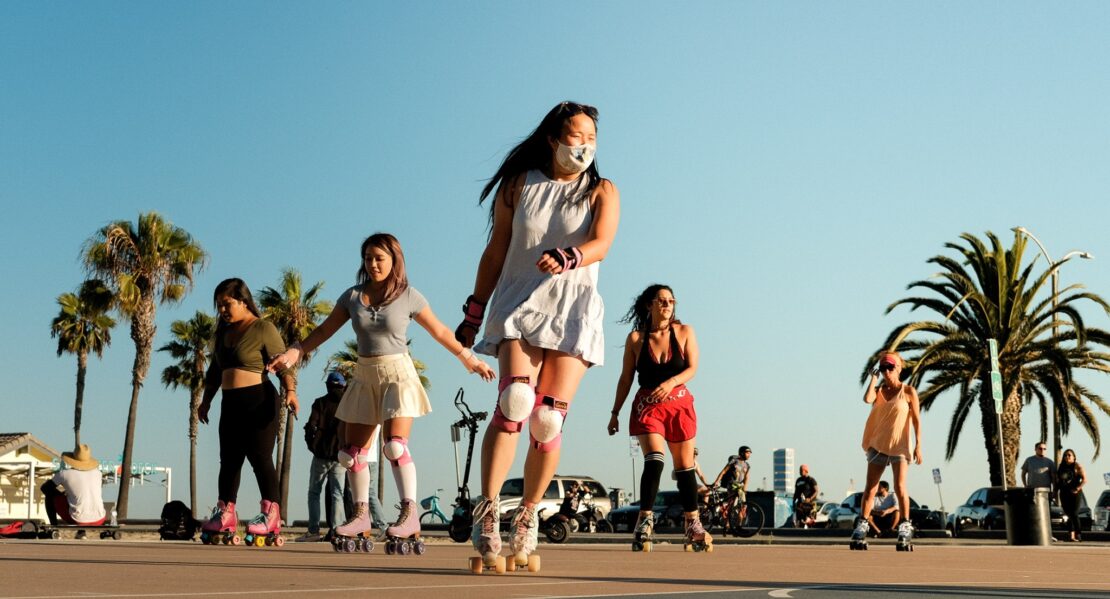 A group of female roller skaters skate on pavement on the basketball court next to Saltwater Deck. Photo courtesy Pedal Movement/Facebook.

Celebrate the beginning of Hispanic Heritage Month with a themed roller disco at the beach, Sunday, Sept. 18.

The three-hour skate from 4 to 7 p.m. will converge at the basketball court next to Saltwater Deck, with live tunes spun by DJ Eskimo Kisses.

The skate is free to attend, but skate rentals will be available on-site. Click here for more information. 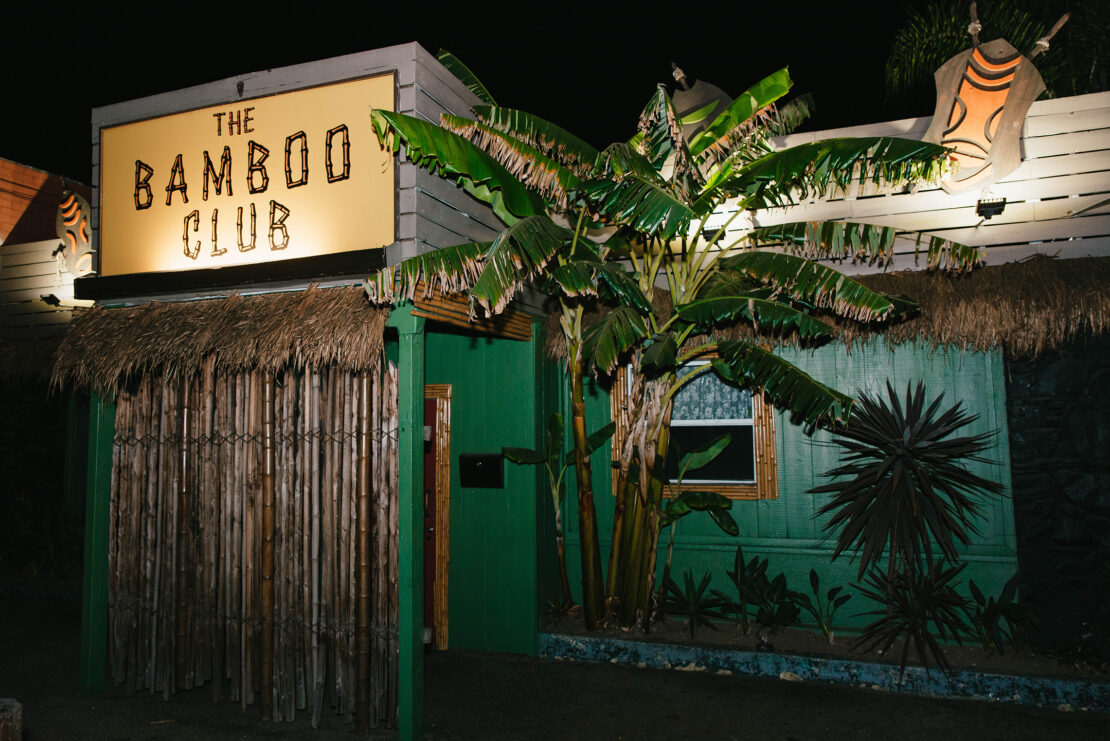 Local Tiki bar, the Bamboo Club, hosts a monthly brunch and bingo game every third Sunday of the month.

Livening up the game is host Christopher Wonder, a comedian, magician and a self-proclaimed “glorious magical trainwreck” of a performer known for putting on circus-themed adult entertainment.

Sunday Tiki Bingo is free to attend (food and drinks are not free) and winners will receive prizes. Bingo starts at 2 p.m.

SPONSORED BY AQUARIUM OF THE PACIFIC 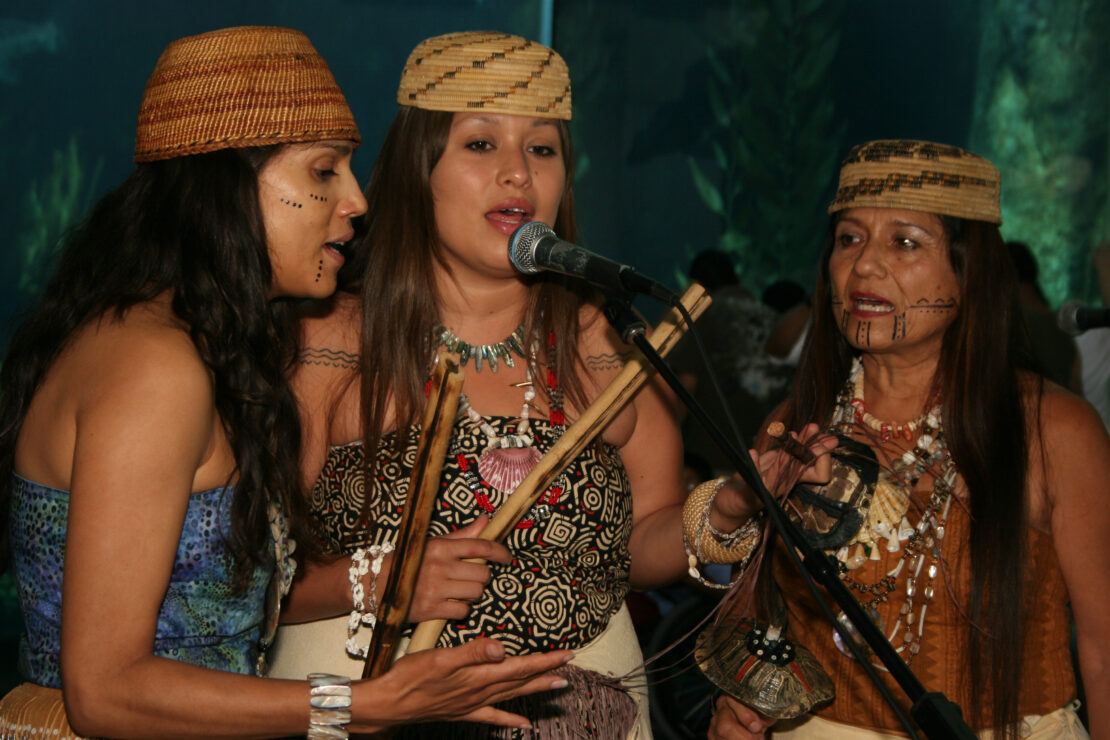 Join the Aquarium of the Pacific for its 18th annual Moompetam American Indian Festival on September 17 & 18.

The festival is a celebration of indigenous California maritime cultures, including Tongva, Chumash, Acjachemen, Costanoan, Luiseno, and Kumeyaay. You can enjoy traditional songs and dances, craft demonstrations, educational programs, storytelling, and a colorful array of indigenous Pacific Ocean life. “Moompetam” means “of the Ocean” in Tongva.

Reservations are required. Click here to RSVP and for more information.