Things to do in Long Beach this weekend including... ballet Folklórico and clay ornaments • the Hi-lo
- ADVERTISEMENT -

This weekend locals can check out two performance art shows, one that celebrates Mexican folk dance with some of the best dancers in that realm, plus a well loved comedy by International City Theatre. We’ve also found an ’80s horror-themed dance party and an event that explores the craft of claymation. 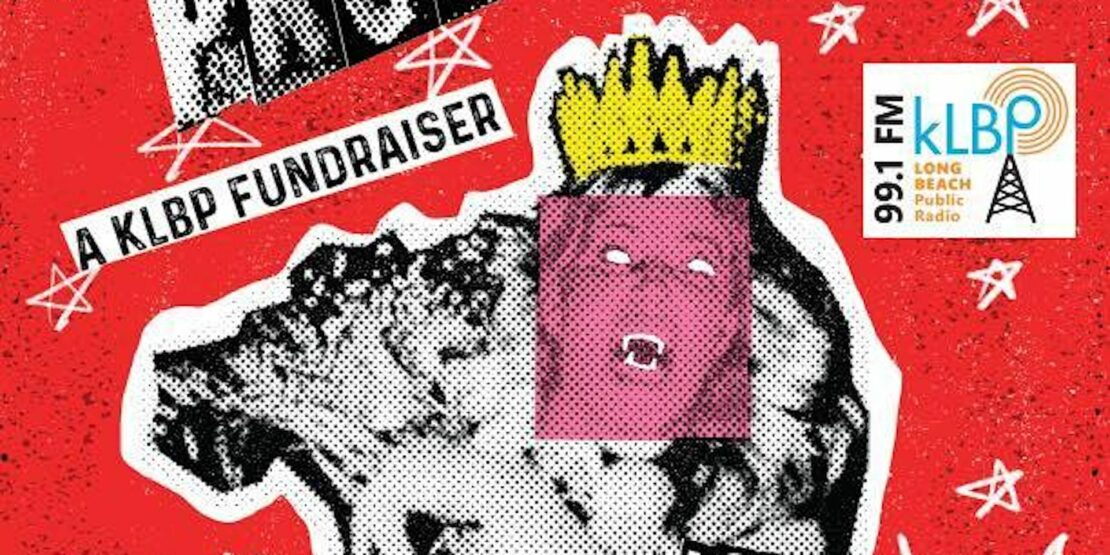 Ten local DJs, including DJ Dennis Owens, will be spinning creepy, spooky dance tunes at two stages at The Grasshopper from 7 p.m. until 2 a.m. There will also be drink specials and pizza by Speak Cheezy.

Entry costs $5, though those who’d like to support the city’s only public radio station can opt to donate more. Click here for more information and to purchase tickets.

The Grasshopper is at 136 E. Anaheim St. 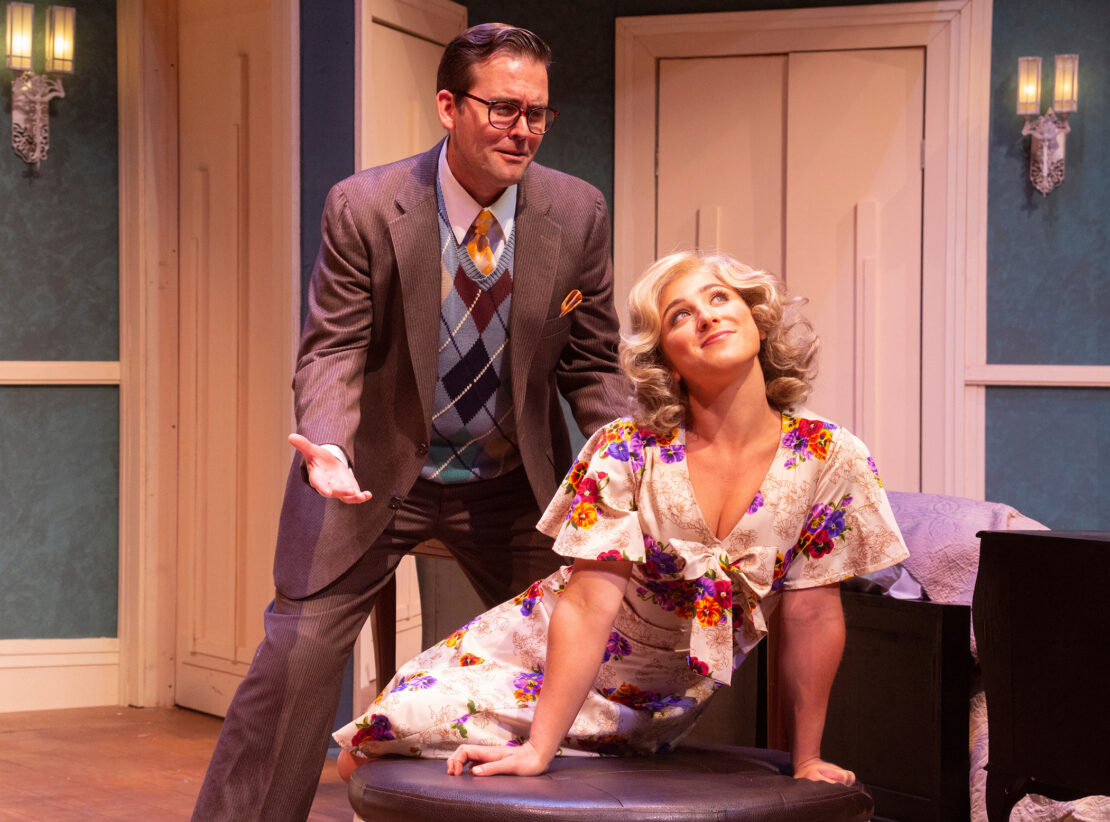 International City Theatre is closing its 2022 season with its production of “Lend Me a Tenor,” the Broadway comedy hit written by Ken Ludwig.

The premise of the show follows world-renowned tenor Tito Merelli who goes a little hard with alcohol and tranquilizers just before a major opera performance and is presumed dead. The rest of the cast involved including Merelli’s wife, Maria, the opera house’s manager and hapless assistant, plus an aspiring young opera singer hatch a plan to continue the show and hijinks ensue.

The play, which received nine Tony awards since its debut in 1986, has been a popular choice for theater companies for its slapstick comedy, wordplay, romance and stellar opera music. Audiences can catch performances Thursday through Sunday until Nov. 6 at the Downtown theater. Tickets range from $49-$52. 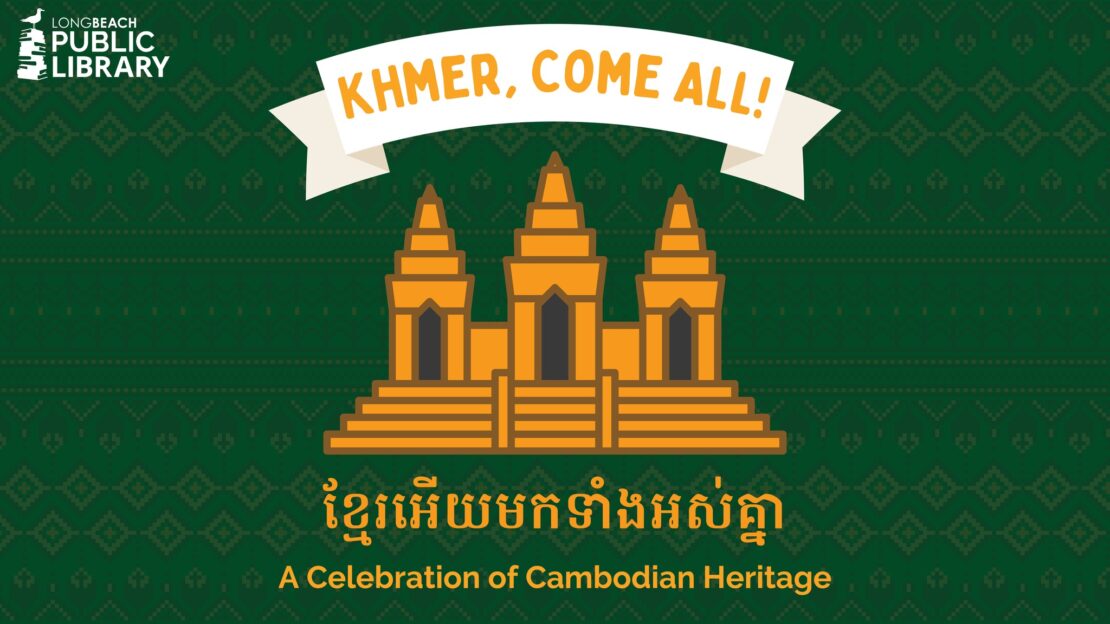 Cambodian artists, authors, a film director and a celebrated chef will be convening at the Mark Twain Neighborhood Library, Saturday, Nov. 5 for a special celebration of Cambodian heritage and culture.

Programming for the Khmer, Come All Kick Off Celebration starts in the afternoon at 12:30 with a discussion by the authors of “Cambodians in Long Beach,” which delves into how Long Beach became home to the largest Cambodian community in the U.S. At 1:30 p.m. author Christine Su who wrote “Voices of a New Generation: Cambodian Americans in the Creative Arts” will speak, with guests including composer PraCH Ly, film director Caylee So and Chef Tarak Ouk, who were also featured in the book.

Afterward, at 3:45 p.m., Chef Tarak Ouk (also known as Chef T) will present a cooking demonstration of a favorite Cambodian dish. The event is free to attend, but guests will also have the opportunity to purchase signed copies of “Cambodians in Long Beach” with proceeds benefiting the Cambodian Community History and Archive project (CamCHAP).

The Mark Twain Neighborhood Library is at 1401 E. Anaheim St. 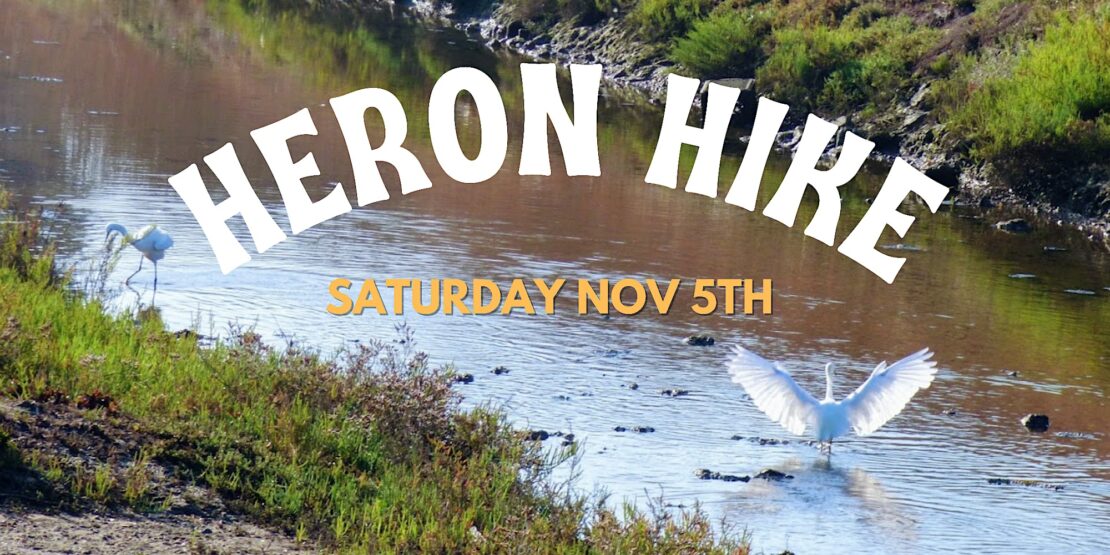 The Los Cerritos Wetlands is a popular place to hike, but if you’ve ever been interested in learning more about the natural environment, Saturday Nov. 5 brings the chance to do so.

Environmental educators from Tidal Influence, a local environmental organization working to restore the wetlands are hosting a guided outdoor walking tour from 8 to 10 a.m. The two-mile urban hike will go through Long Beach’s wetlands and on the property held by the Los Cerritos Wetlands Authority where guests can learn more about the area’s flora and fauna, where wildlife hikers might happen across great blue herons, egrets and other wildlife drawn to the water.

The Heron Hike is free to attend, but guests are highly encouraged to RSVP. Click here for more information. 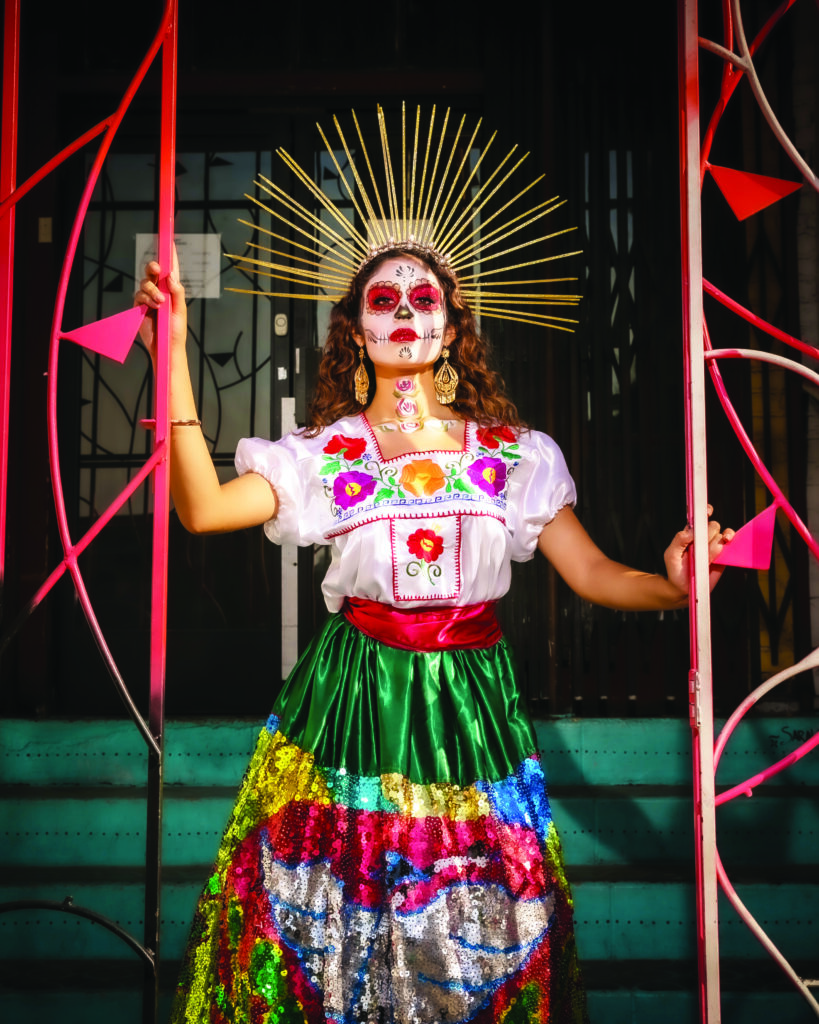 With music from Mariachi Garibaldi de Jaime Cuéllar, whose career has garnered three Grammy awards, the show will feature traditional song and dance from various regions of Mexico, plus music from Disney’s “Coco.”

Tickets cost $45 and may be purchased online, click here. 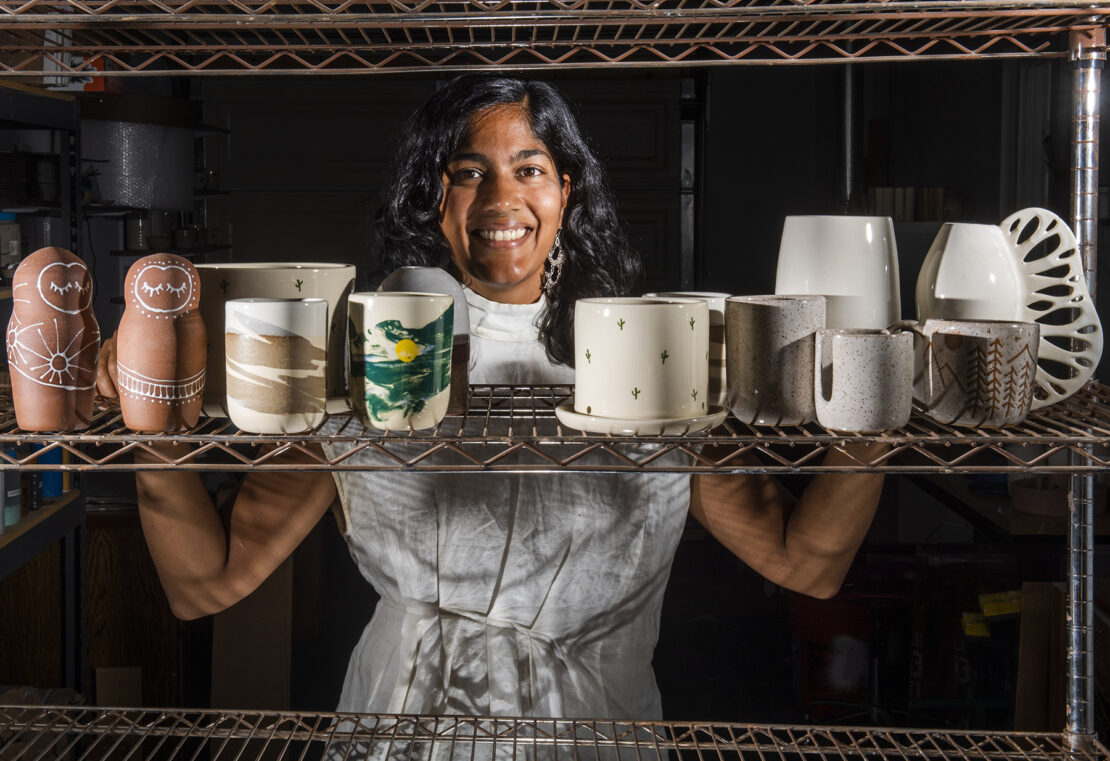 Gopi Shah stands with some of her handcrafted ceramic and pottery designs while at her workspace in Long Beach Tuesday, July 27, 2021. Photo by Thomas R. Cordova.

On Sunday, Nov. 6 the Art Theatre will be screening the film “Claydream,” a portrait about Will Vinton, known as the “Father of Claymation” for his pioneering work in the field of claymation.

Afterward, attendees will have the opportunity to create a clay ornament led by local ceramicist, Gopi Shah. Tickets to the event cost $12, click here to purchase.

For more information on the event which runs from 11 a.m. to 1 p.m. click here. 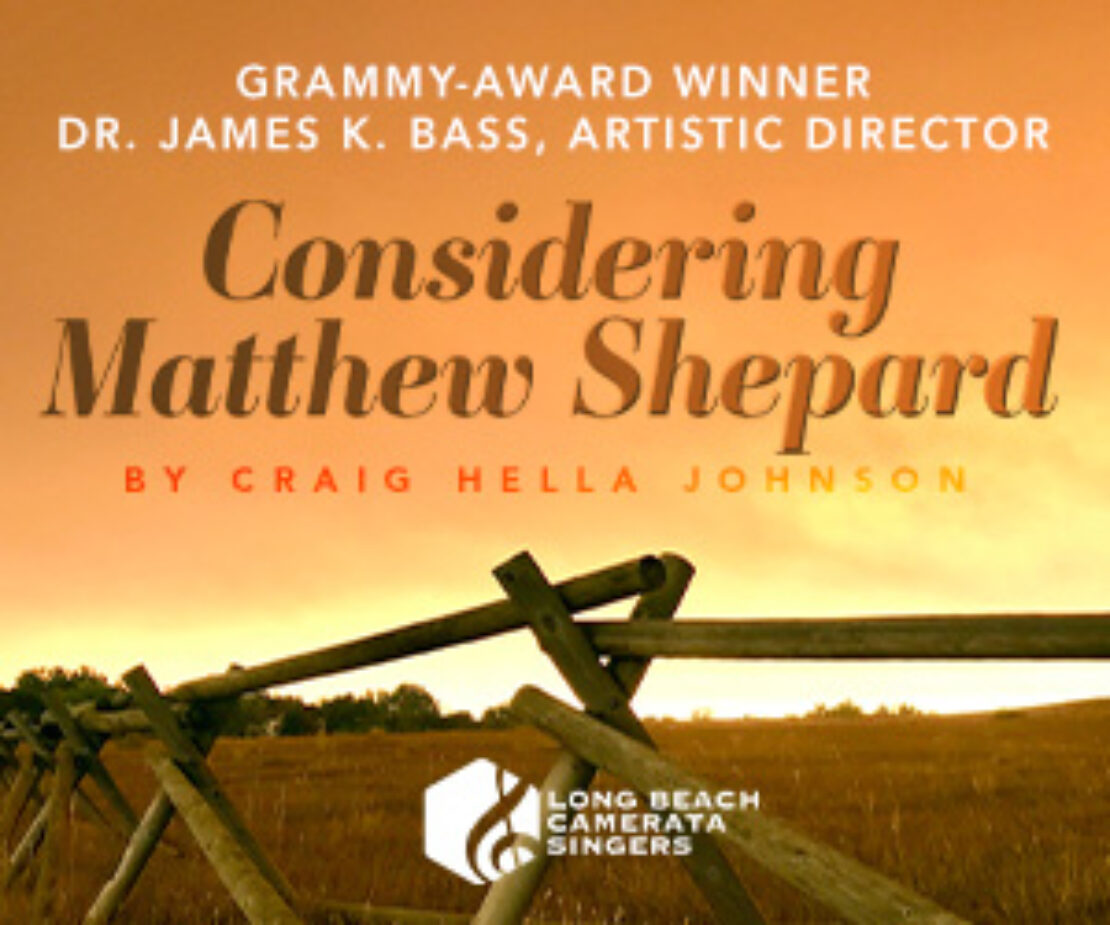 Composer Craig Hella Johnson’s Grammy-nominated “Considering Matthew Shepard” is an evocative and compassionate musical response to the 1998 murder of Shepard, a young gay man who was attacked, tied to a fence and left for dead in Laramie, Wyoming. His story inspired candlelight vigils and protests across the country, with an outpouring of sympathy for Shepard, his family, gays and lesbians.

The concert on Sunday, Nov. 13, will be held in the Beverly O’Neill Theater, with a pre-concert lecture at 4:30 p.m. presented by Jeff Mack from the Matthew Shepard Foundation. Tickets start at $40. Call the Long Beach Camerata Singers Box Office at 562-900-2863 or visit www.LBCamerata.org.

The Beverly O’Neill Theater is at 300 E. Ocean Blvd.