Things to do in Long Beach this weekend including... Climate Elvis, which has been cancelled • the Hi-lo
- ADVERTISEMENT -

Dear friends. We wish the weather would have cooperated for this weekend, but it provided a pause that allowed us to think about the bigger picture. As much as we hesitate to delay OPaf for six months, it would upset us to hold an event suffering from distractions as we know how much time, money, and sweat participants put into planning our booths. We would hate for that hard work to be under appreciated. Stay tuned here this weekend for a sneak peek teaser of OPaf 2020 – perhaps the ultimate form of #socialdistancing at a #publicgathering! #OPaf2020 returns on September 19 and 20, 2020.

Just kidding! The two-day, outdoor art fair was postponed until September due to rain, and yes, other concerns that you may have heard of. So we thought we’d use this space to offer a few suggestions when it comes to finding things to do at home, if you’ve chosen to practice the prescribed “social distancing” that introverts are likely rejoicing over. But if you recharge through socializing, constantly, with lots of people, and in large crowds (we don’t know how you do it) here’s a few ways to cope.

You know what else is a work of art? Mad Men, all seven seasons, which are on Netflix, right now. If there’s a show you should binge watch, it’s this. Now, we’re not telling you to reenact the scene above, certainly, but to merely be entertained by it and all its “Far Away Places,” like when Roger takes a pull of his cigarette and it sounds like a trumpet or when he gazes at his distorted reflection, probably wondering where all the time has gone. Take this time to sit and reflect, perhaps, and use your imagination. 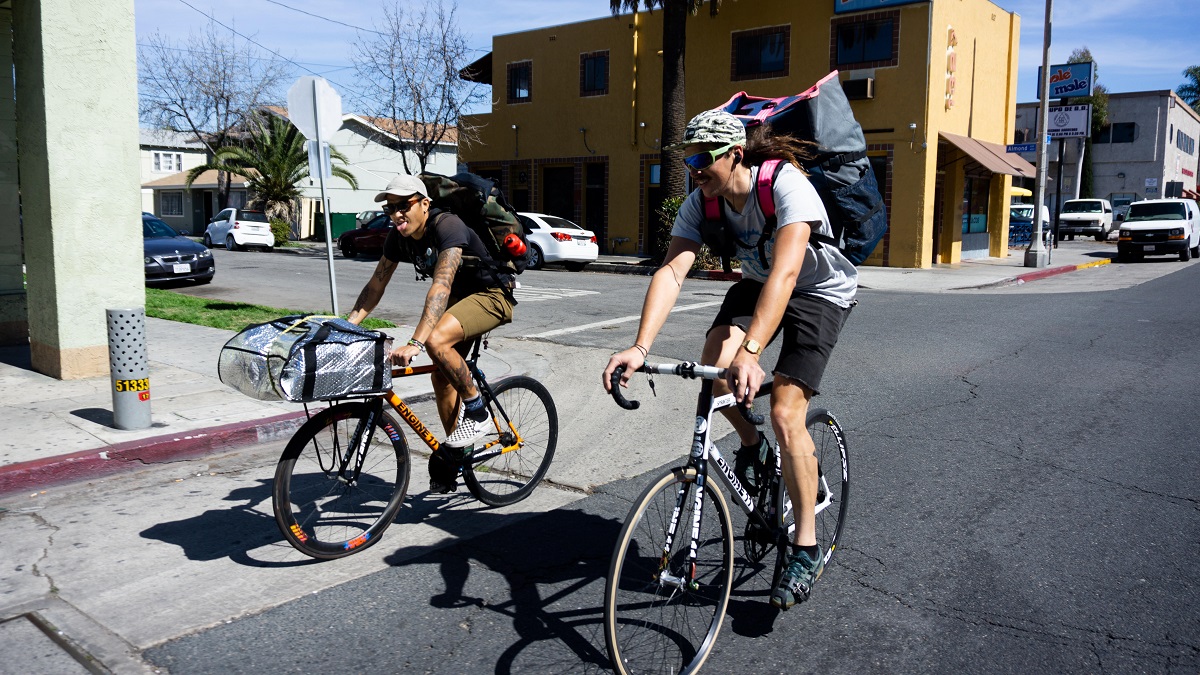 Maritime Bicycle couriers on the job. Photo by @deadleg_danny.

Support your local eco-friendly delivery service by ordering breakfast, lunch or dinner in through Maritime Bicycle Courier. You can choose from any number of restaurants, including Prime by Shenandoah, Burger Daddy and Little Vice, just to name a few, and have it delivered directly to your door by bicycle. They even deliver alcohol, CBD products, flowers from Farm Lot 59, and more, so much more.

Another great thing: Other Places Art Fair will be premiering a teaser of what would have been a wild event this weekend, stay tuned to their Instagram, @otherplacesartfair, to find out what you’re in for come September.

Giving us a moment’s pause: “Art is everything and nothing at once,” -Other Places Art Fair. 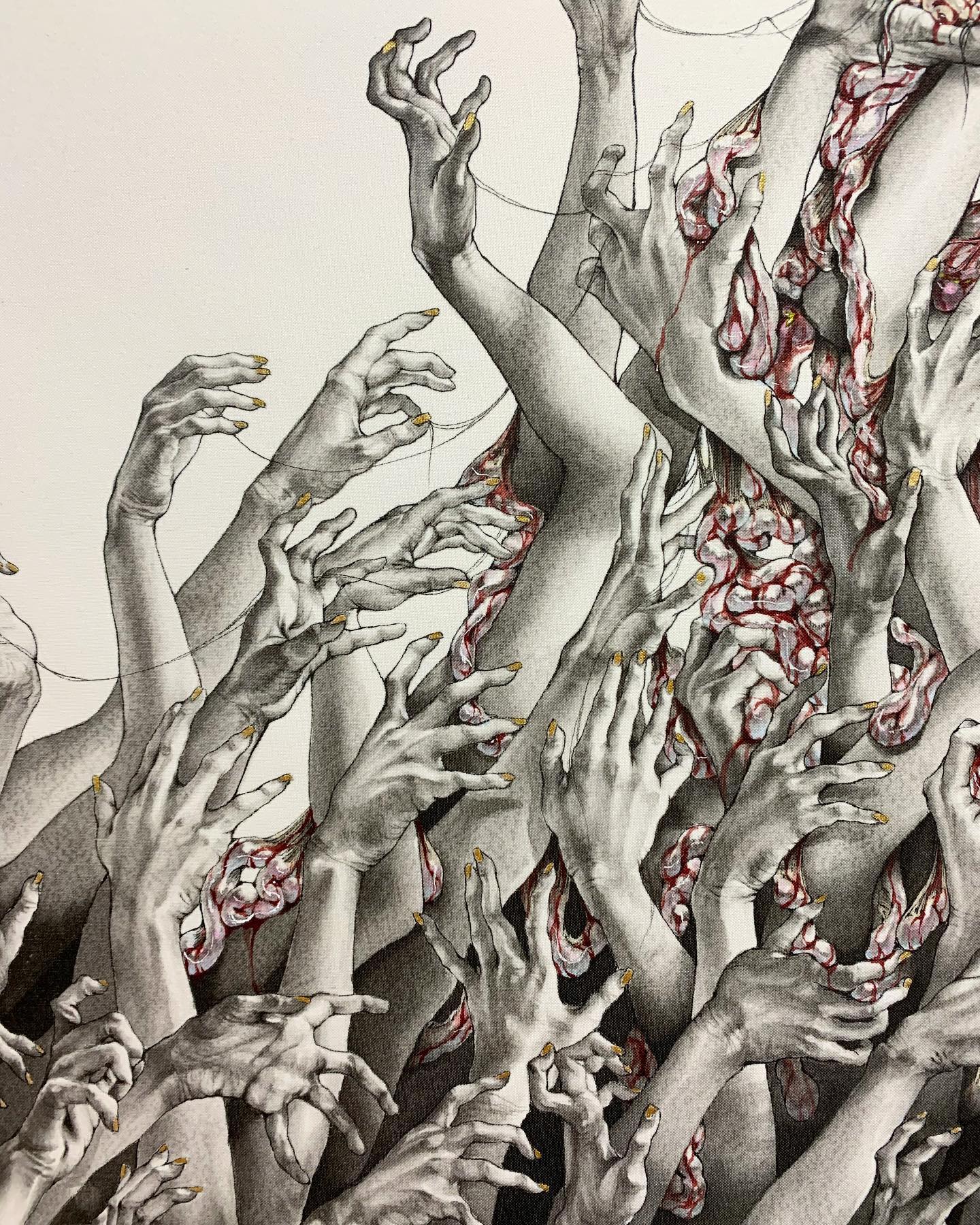 Tokyo-based artist Meimaro is a little obsessed with the grotesque, using pens and copic markers to create gorgeously gory and intricately detailed images of pierced and beheaded females, representing the weight of “ugly jealousy and grudges typical of woman.” Now, The Dark Art Emporium has Meimaro’s works to present the first solo show in their new space (and the artist’s first solo show in the states) since moving from their corner space in the East Village to next door to The 4th Horseman, and it’s sure to shock and awe. (Asia Morris)

Another great thing: We, as in the Hi-lo, stopped by the Emporium’s new gallery, and it is huge! Here’s a little preview of what to expect Saturday.

Giving us a moment’s pause: If you get queasy at the sight or thought of blood, guts and headless bodies, this might not be the show for you.

“Devotion Bound” opens at Dark Art Emporium’s new location at 121 W. Fourth Street from 7 to 10 p.m. next to The 4th Horseman. Visit the event page here for more info.

3. THE FROLIC SHOW AT IRONFIRE (Thursday) 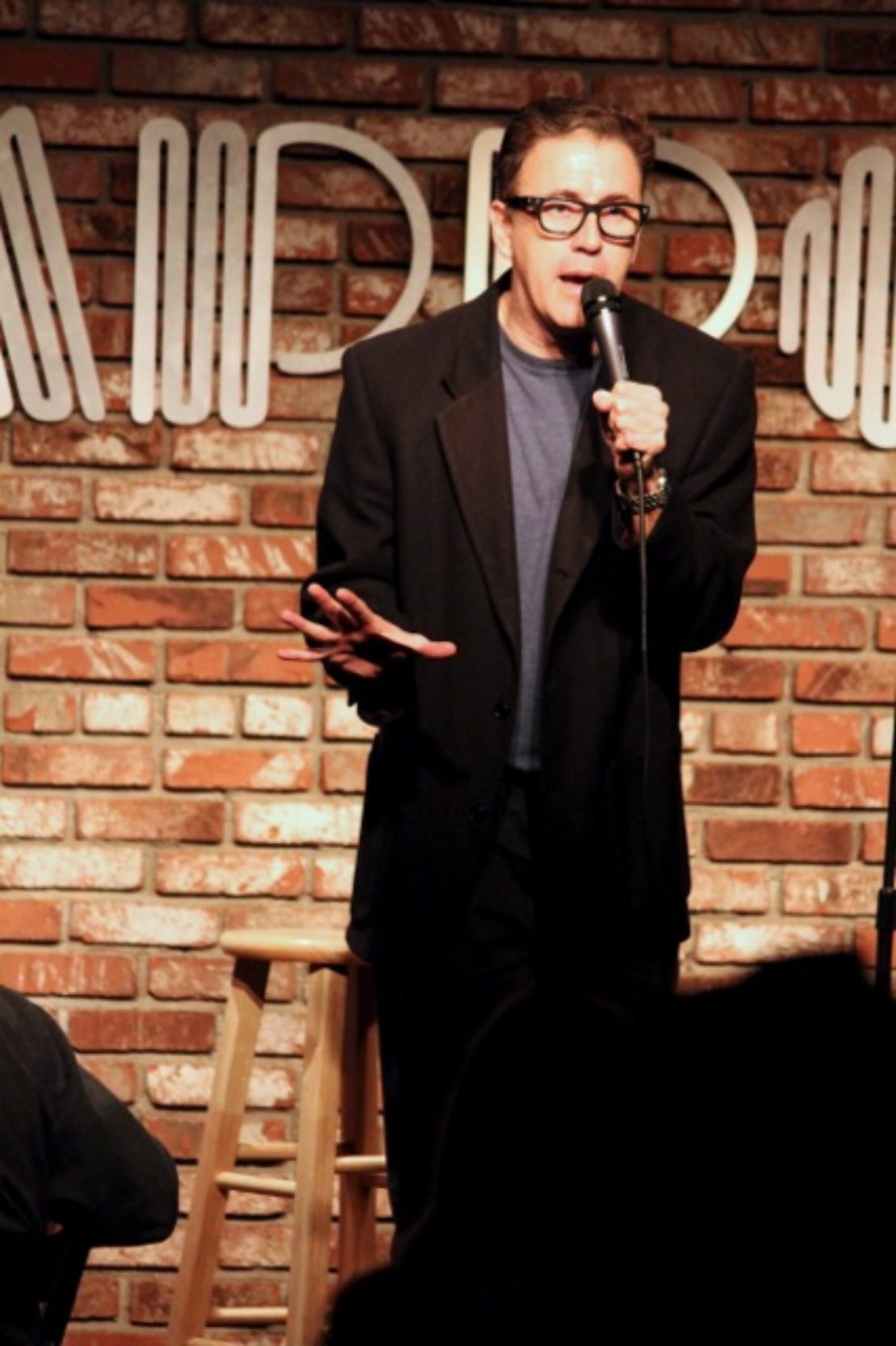 The Frolic Show is a comedy show that started in 2010 with twice-monthly event that would eventually feature the likes of TJ Miller, Ali Wong, Demetri Martin, Maria Bamford, Aisha Tyler and Adam Devine. Yeah. The show’s most frequent contributor, Melissa Villasenor, ended up on Saturday Night Live.

But, things change, and The Frolic Show was without a home for more than a while. Luckily for comedy fans, especially local comedy fans, it has found a new home at Ironfire Workspaces in Parkview Village which actually is a workspace and not some ironic, comedy reference, because, go figure, the guy who actually started The Frolic Show, Josh Rencher, owns Ironfire.

Another great thing: The show will be hosted by Matt Champagne and headlined by Gene Pompa. Also on the bill are Esther Ku, Matt Knudsen and Michael Rayner.

Giving us a moment’s pause: Will the show be ergonomically correct?

The Frolic Show at Ironfire begins at 7 p.m., tickets are $12, $15 at the door. Ironfire Workspaces is located at 4195 N Viking Way, Suite D. For more information or tickets, click here.

Josh Willis is a NASA climate scientist and Elvis impersonator.

Let us repeat that.

Josh Willis is a NASA climate scientist, someone who employs meteorology, oceanography, physics and chemistry to investigate the structure and dynamics of earth’s climate system in order to understand how global, regional and local climates are maintained as well as the processes by which they change over time, and Elvis impersonator.

Willis has been the author of numerous studies, his expertise is in sea levels, but he’s found it’s more effective to enlighten folks, particularly younger ones, through song. And so was created Climate Elvis who sings about climate change in the manner of Elvis Presley, dressed in one of those white jumpsuits we know from Vegas Elvis.

He’ll appear at the Aquarium of the Pacific at 7 p.m., Thursday, and will perform The Climate Rock (which you can preview above).

Another great thing: It sounds like a lot of fun, though, be advised, Climate Elvis’ presentation will focus on why Greenland is melting.

Giving us a moment’s pause: Rock on! 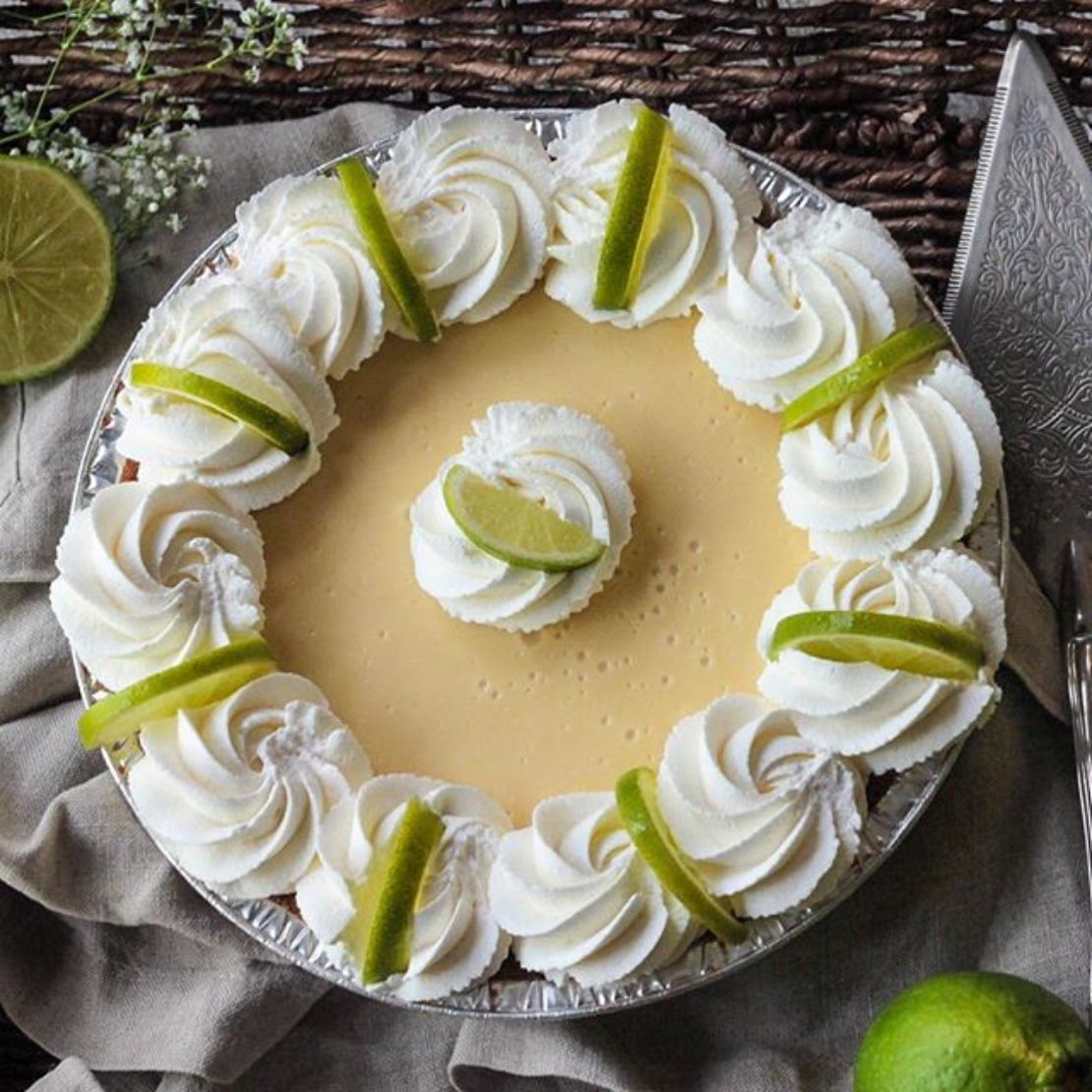 Despite disclaimers from our middle school teachers that the name behind the math constant, Pi, has absolutely nothing to do with fruit-filled pastries, the pun is just too good to resist and bakeries all over the country, including The Pie Bar in Downtown, are capitalizing on math-fanatics special day this Saturday because, you know, it’s March, the third month of the year, and it’s the 14th day of the month. So, 3.14.

All day is Hap-pi(e) hour at the Downtown bakery with $5 slices of pie, $7 chicken pot pies, vegan pies, pet pies (yes, pies for your furry companions) and the return of some fan favorite flavors: Tiki Thai Tea, Tiramisu and Irish Cream.

If not for the love of the flaky dessert, another reason to stop by The Pie Bar this Pi Day is to behold the horrifyingly captivating entertainment of watching 12 people frantically shovel pie into their mouths. The winner of the annual pie eating contest wins… more pie! A whole pie each month for one year. (Cheantay Jensen)

Another great thing: You can also enter to win a free baking class for you and three friends.

Giving us a moment’s pause: The inevitable food comas. 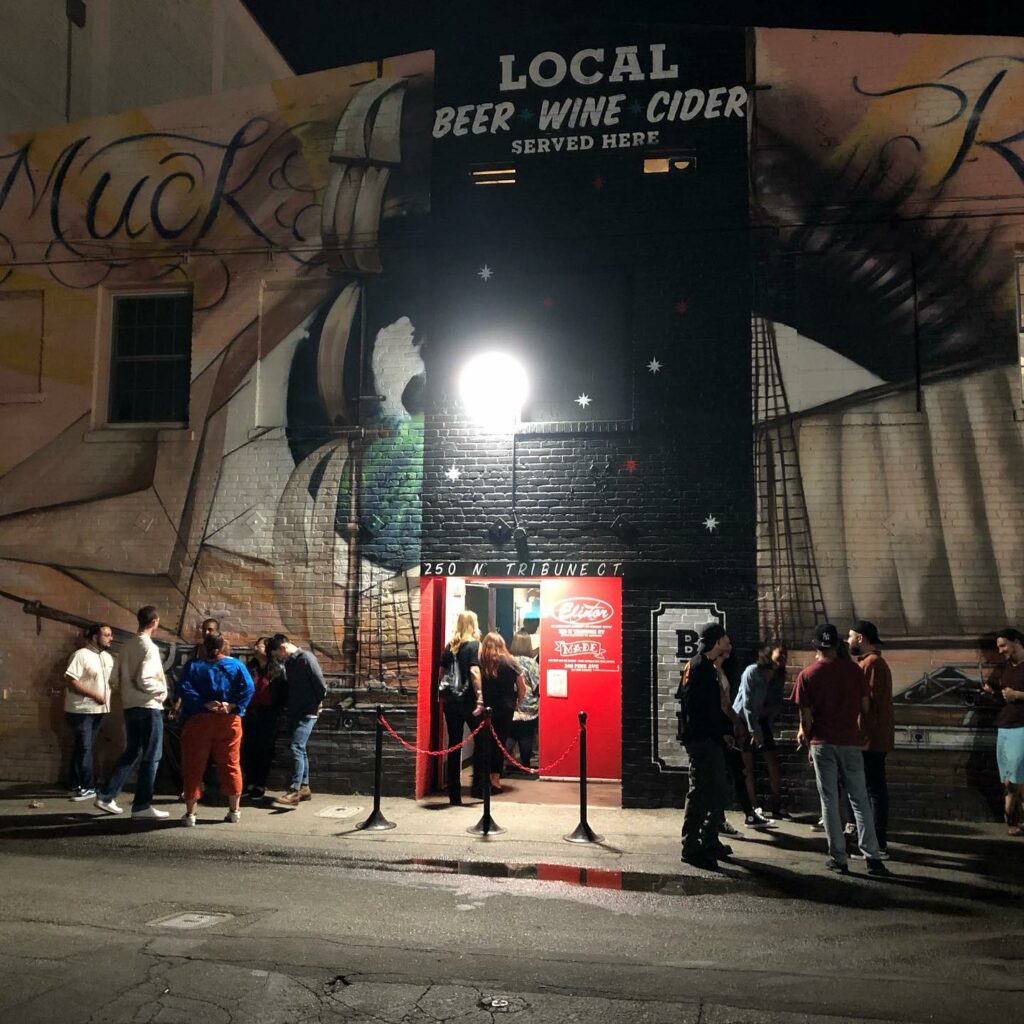 St. Patrick’s Day festivities in Downtown are still cruising forward despite some set backs, like the Pine Ave. street event that’s now been moved indoors to Shannon’s Irish Pub due to concerns about large public gatherings we’re all pretty aware of.

But despite the switch-up, MADE by Millworks and their adjacent craft beer and wine bar, Elinor, are moving forward with their St. Paddy’s Day festivities with extended hours, $4 and $5 beer and wine specials and live music by Innisfree Irish Band, a Long Beach Irish-American folk band. (CJ)

Another great thing: The Corgi Art Show will be open in MADE by Millworks from 12 p.m. to 4 p.m., but at 3 p.m. the horde of corgi’s from SoCal Corgi Beach Day will be bringing their pups, dressed in their finest greens, to strut the sidewalk on Pine Ave.

Giving us a moment’s pause: Corgi’s just kind of make everything better. 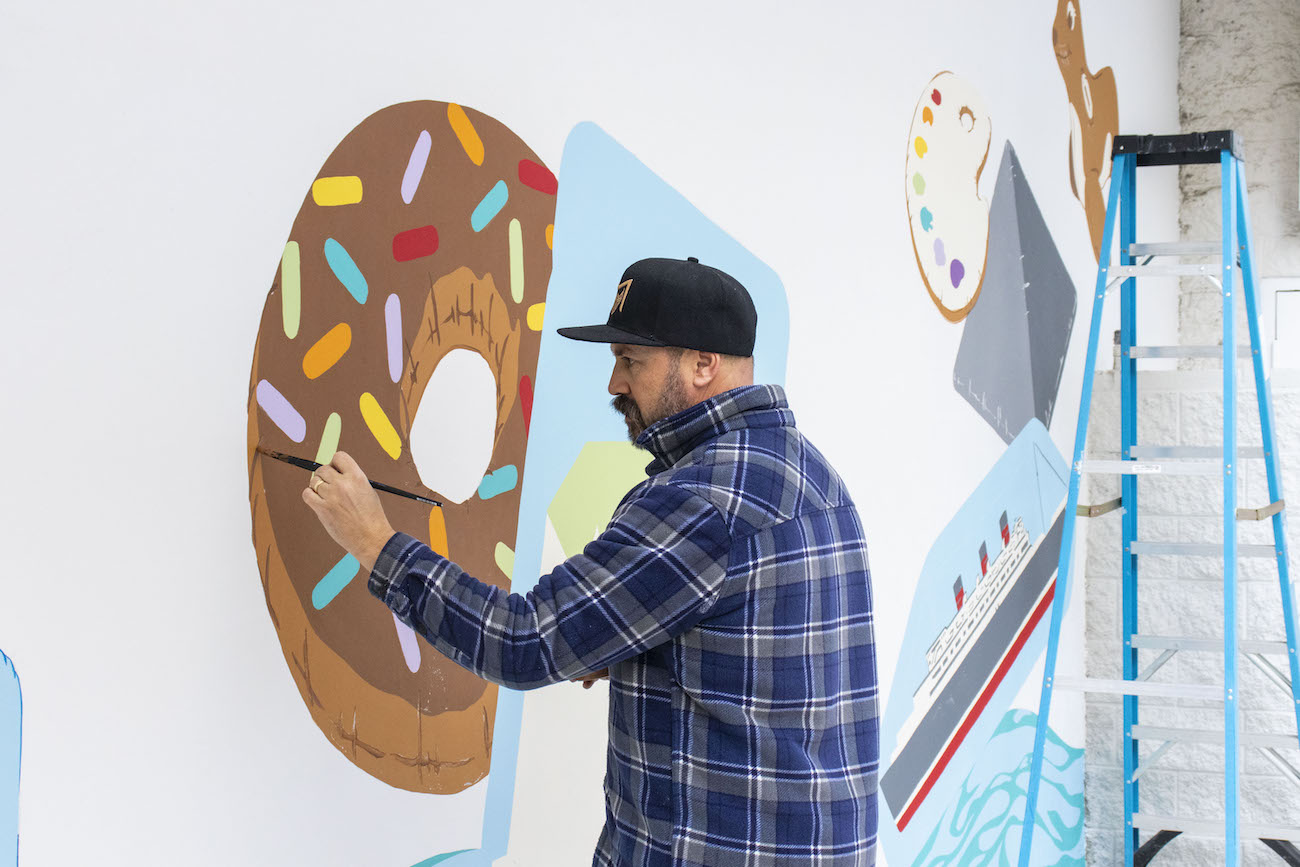 There’s plenty to do and see at this month’s LB Art Walk in the East Village, starting with LBMA Downtown’s current California Design show. Cross the street to watch performers from East Village Caravanserai present a preview of “Socrate” (originally composed by the heir to the American Singer Sewing Machine fortune) at 322 Elm Ave. with two performances at 7 p.m. and 8 p.m., while Hops & Vines will have a group of artists showing off their works outside with sounds provided by DJ Nativity.

But that’s not all, stop by District Wine for a glass and see works inspired by African safaris and hear Ashley Ventri and Soul Venture playing between 7 p.m. and 10 p.m., then stop by Burke Mercantile to see works by illustrator Lisa Van Wijk. It’s a lot to take in, we know, so make sure to visit artslb.org for the full list of happenings. (AM)

Another great thing: You may recognize artist Cody Lusby for his roses mural, beautifying an alleyway in the Rose Park neighborhood; an undertaking that brought out the entire community. His most recent piece, however, is more for the guests of the Courtyard by Marriott in Downtown Long Beach, and is certainly worth a look, poolside, between 6 p.m. and 7 p.m. during the art walk. The finished piece, “a fresh take on the history of Long Beach” depicts “Inflatable LB Icons.” It’s free and open to all ages; RSVP here.

Giving us a moment’s pause: The Dark Art Emporium has moved to a bigger, better and more suitable space for the amount of artwork the Jeremies (owner Jeremy Schott and art seller Jeremy Cross) push through the macabre art-centric gallery, now attached to The 4th Horseman. So what will happen to the corner of Third Street and Elm Avenue? DAE was an anchor during art walks always bringing out a hefty crowd to their openings and to neighboring businesses. What business will be able to sidle in and fill those shoes next to newly opened Atomic Basement Comics, Hops & Vines and LBMA Downtown? We’ll just have to wait and find out.