Things to do in Long Beach this weekend including... Sumo and Hatch chiles • the Hi-lo
- ADVERTISEMENT -

A major sports event and film festival is happening this weekend, plus a unique concert with a lauded flutist. We’ve also found a Hatch chile roasting event and a vegan food gathering.

The QFilms Festival, the city’s oldest film festival, returns for its 29th year with 48 films, documentaries and shorts dedicated to LGBTQ filmmakers and the queer experience.

The lineup includes both local and international work, and even includes feature films such as “Bros,” a Universal Pictures romantic comedy directed by Nicholas Stoller that will premiere for QFilms audiences before opening in theaters on Sept. 30. The film, starring Billy Eichner, is the first rom-com from a major studio about gay men and featuring an entirely LGBTQ+ principal cast.

The festival will be fully in-person at the Art Theatre on Retro Row this year and per the theater’s protocol, all attendees will need to show proof of vaccination in order to attend.

Tickets for individual screenings are $14, or attendees can purchase an all-access pass for $130 plus fees. Click here for more information and to see the complete lineup. 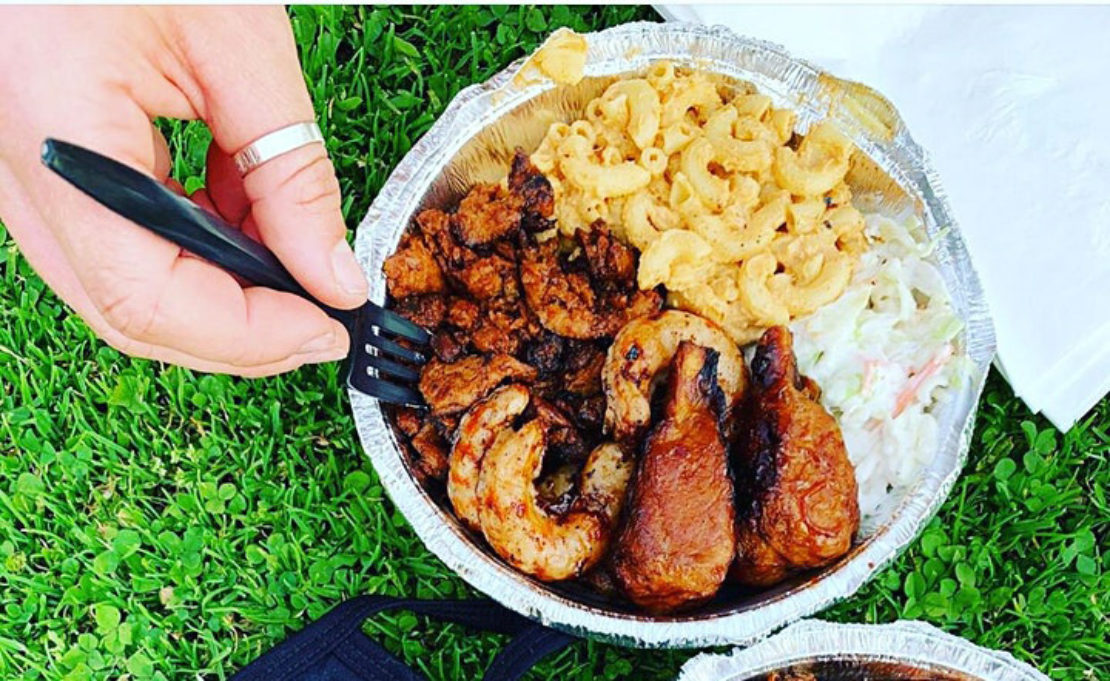 Vegan BBQ chicken and shrimp entree with plant-based mac ‘n cheese and coleslaw. Photo courtesy Leaf Over Beef. The vegan restaurant is one of six participating in the Long Beach Vegan Social at the Hawk Bar Saturday, Sept.10.

Here to save you the trouble of scouting for some vegan eats is the Long Beach Vegan Social, where from noon to 5 p.m. Saturday, Sept. 10, six plant-based businesses are bringing their vegan food and drink straight to you in Long Beach.

Long Beach Vegan Social at The Hawk Bar is both indoors and outdoors and is free to all ages to attend, but if you want to be inside the bar you must be at 21 years or older. Click here for more info. 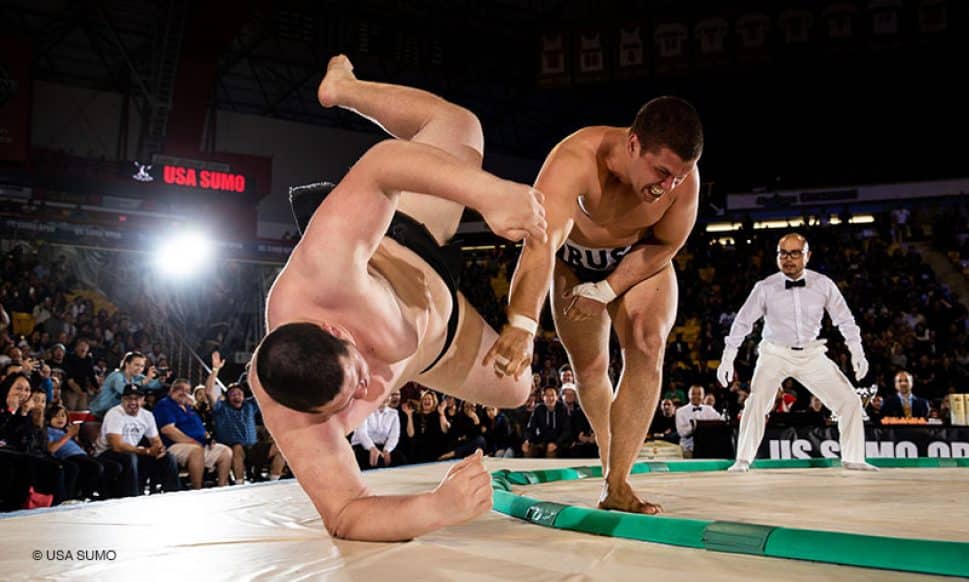 In this file photo: The U.S. Sumo Open returns to the Walter Pyramid, Saturday, for a sixth straight year. Photo by Dustin Snipes.

The competition in Long Beach is the largest, longest-running sumo tournament in the world outside of Japan, and attracts some of the top sumo wrestlers from around the world competing for gold.

Over 60 international athletes will be competing, but some noteworthy faces to keep an eye on include Jose Galindo, returning two-year consecutive champion in both heavyweight and open weight classes and Mongolian wrestler Mendsaikhan Tsogt-Erdene who is currently the No. 4 in the World Games. The pair will be heading into what is likely to be a crowd-pleasing fight.

Tickets cost between $30-45, click here to purchase, but those who can’t attend can also watch via livestream on YouTube, click here. Doors open at noon with the main event at 2 p.m. 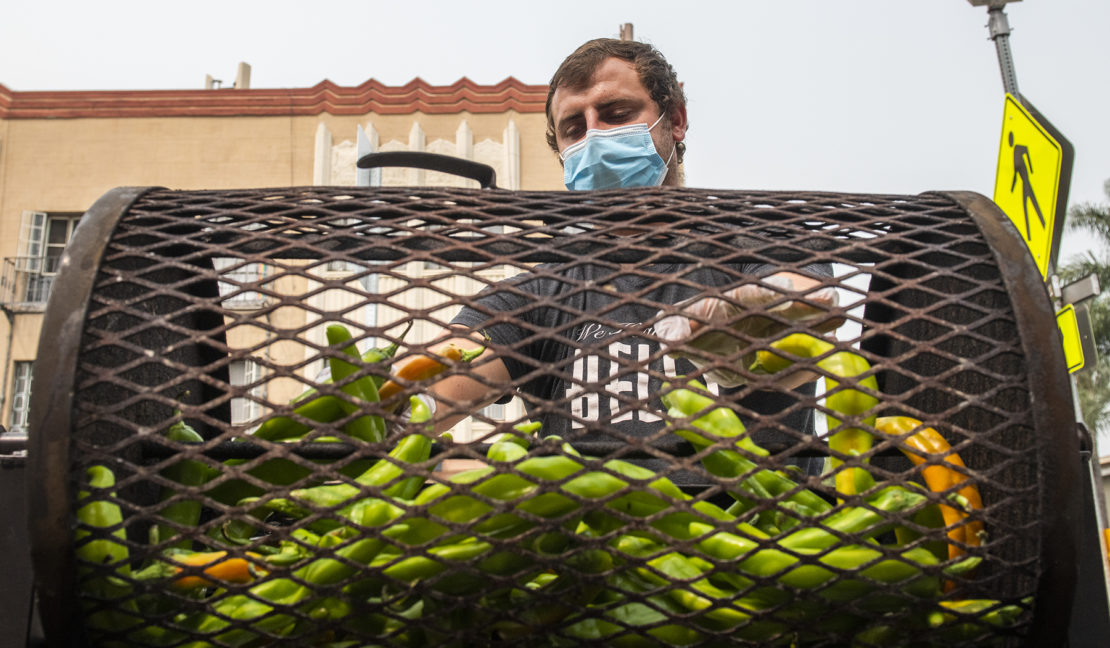 In this file photo: J.J. Lindsay loads the roaster with Hatch green New Mexico chile as Panxa Cocina has been roasting the fruit for its fifth year in Long Beach Saturday, September 12, 2020. Photo by Thomas R. Cordova.

East Long Beach grocery store Lazy Acres is hosting its annual Hatch green chile roasting event, where you can have the New Mexico delicacy roasted fresh for you on-site.

If you’ve never heard of the green pepper before, just know it’s a chile native to Hatch Valley in New Mexico. It’s a highly sought-after chile that ranks pretty mild on the Scoville Scale (between 1,500-2,500) but is much beloved for its rich, zesty flavor.

No pre-order is necessary, just show up to Lazy Acres between 8 a.m. to 2 p.m. to purchase and roast. Click here for more information. 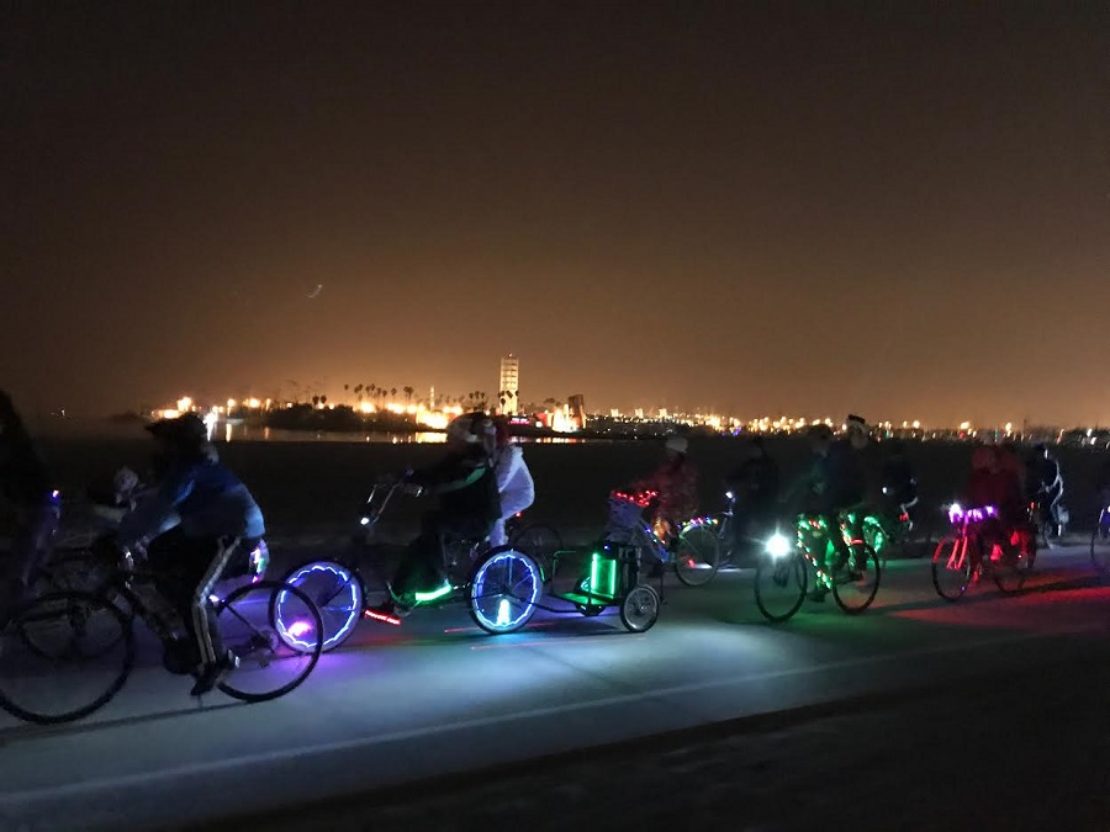 A past holiday-themed Moonlight Mash ride. Photo by Asia Morris.

Each month whenever there is a full moon bicycle riders, organized as the Moonlight Mash, convene for an evening bike ride in the Downtown area.

What can you expect at Moonlight Mash? A safe, coordinated group ride that’s more or less like a costume party on wheels. This month’s theme is “Lord of the Rings,” or Lord of the Chain Rings, as they’re dubbing it. So, come in your best fantasy attire, or “show some love for all the bike mechanics and bike fanatics in your life,” organizers said.

Moonlight Mash is free to join, just show up at Pedal Movement by 7:30 p.m. Roll-out is at 8 p.m.  Click here for more information. 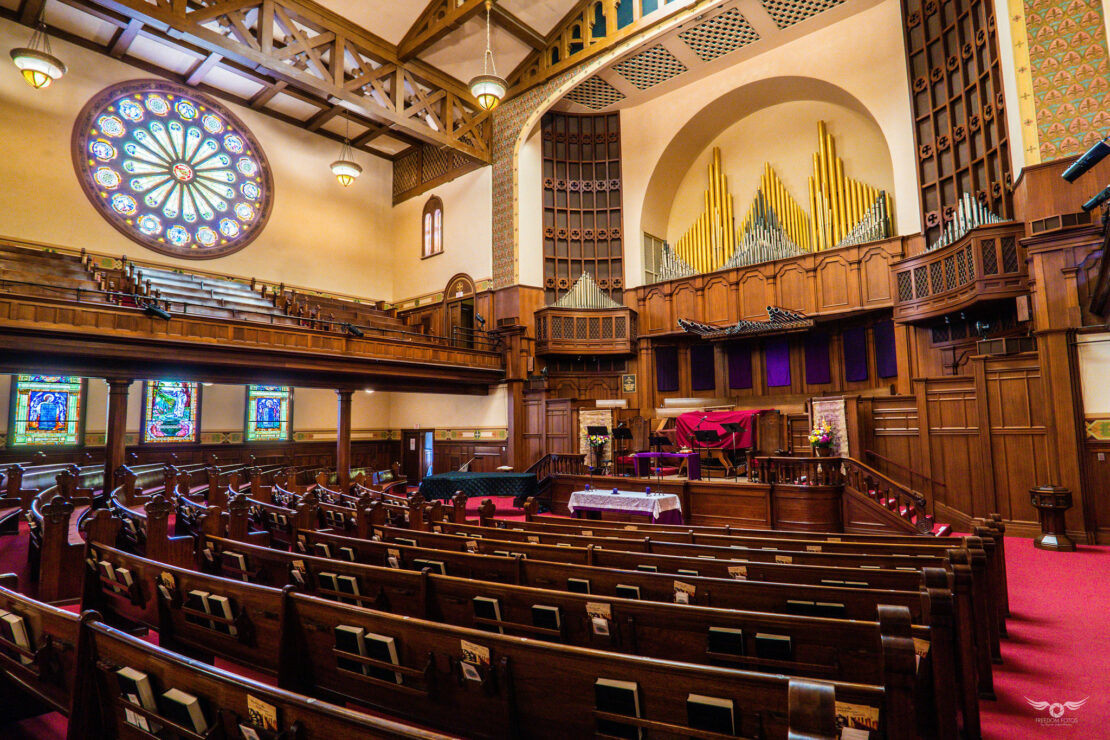 World-renowned flutist, Jean Ferrandis, will be performing at First Congregational Church in Downtown Long Beach, Sunday, Sept. 11 as part of a fundraising effort for the city’s oldest standing church.

First Congregational was built in 1914 and maintaining the Italian Romanesque architecture has taken a lot of effort and money in the last 108 years. The church is hoping people will purchase tickets that will benefit a fund for the continuing restoration of the church.

As for the show, Ferrandis will perform music by Bach, Debussy, Hindemith, Schumann, and Verdi, accompanied by organ and piano. The evening will conclude with a tour of the church.

Tickets cost $50 and may be purchased online, click here. 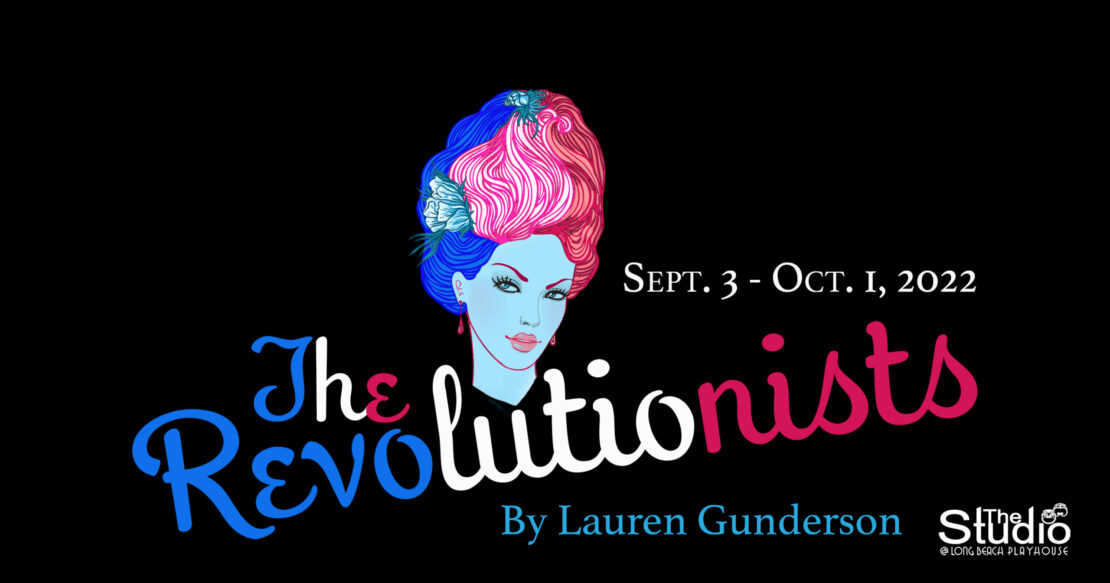 Playwright Olympe de Gouges, assassin Charlotte Corday, former queen (and fan of ribbons) Marie Antoinette, and Haitian rebel Marianne Angelle hang out, murder Marat, and try to beat back the extremist insanity in 1793 Paris. This grand and dream-tweaked comedy is about violence and legacy, art and activism, feminism and terrorism, compatriots and chosen sisters, and how we actually go about changing the world. 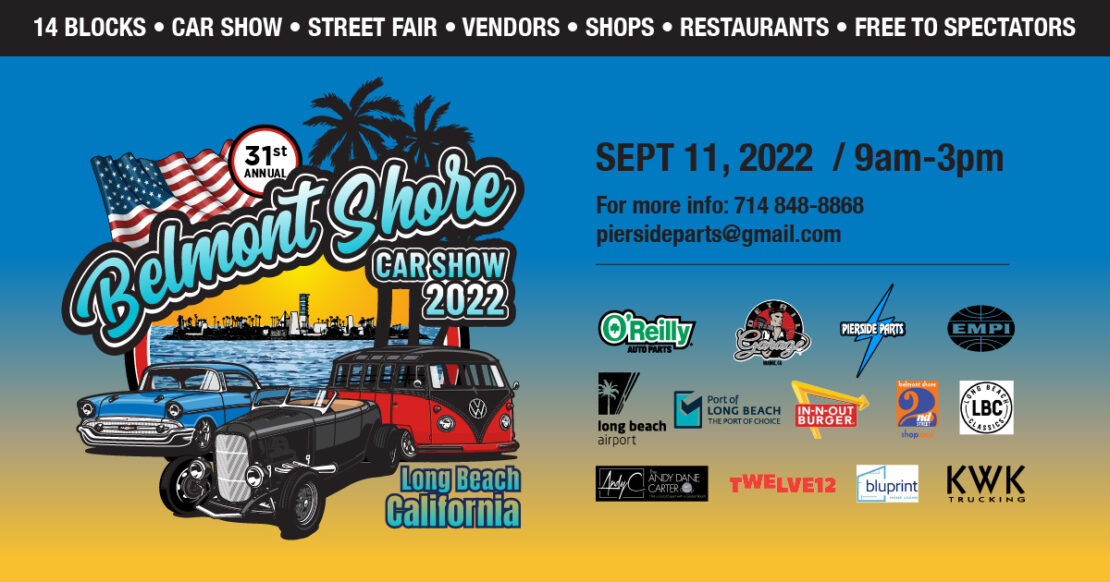 The Belmont Shore Car Show is back! This show is one of the largest single-day classic car shows on the West Coast.

This year’s car show will showcase approximately 700 cars with a wide variety of classic cars, custom cars, and hot rods. An assortment of vendors, amazing restaurants and shops stretching over 14 blocks in beautiful Belmont Shore. Don’t miss this monumental show that is free to all spectators.