This artist explores African spirituality through 'Wire, Raffia, and Shadows' • the Hi-lo
- ADVERTISEMENT - 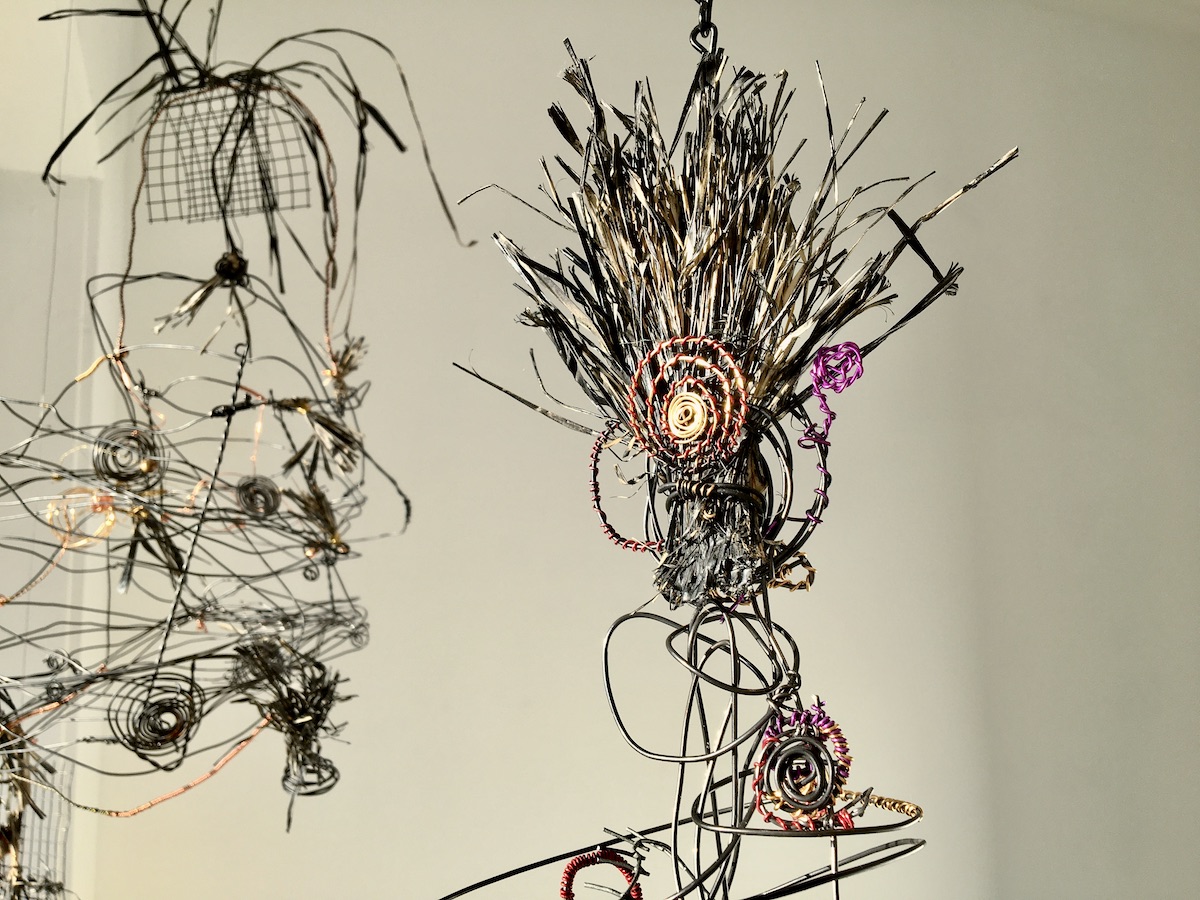 As abstract artist Adrienne DeVine works with the wire strung across her workspace, light from a nearby window hits the metal strands creating fascinating shadows and lending to the sculpture-in-progress the look of a different object, as if a second work of art has suddenly been added to the room. DeVine says she feels meditative during these times as she twirls the wire, watching it spin, gazing at it from different angles, observing it as it gives off “instant energy.”

Several of these wire works by the Pasadena-based artist now hang in the window of Long Beach’s Flux Art Space as a mixed-media installation, “Wire, Raffia, and Shadows,” which is on view 24 hours a day, seven days a week through Oct. 3.

As much as these sculptures are an expression of time, space and movement, the art also grows out of DeVine’s interest in the Dogon, a tribe in the Mali desert of West Africa known for their knowledge of astronomy, which ignited her larger interest in the cosmos as well as a desire to explore her inner self.

“Not only the astronomical elements but everything that they do, be it weaving, all aspects of their life have some sort of connection to the earth and the universe,” said DeVine, who received her MFA from Claremont Graduate University after graduating from Cal State Long Beach. “Lately that’s been a driving factor for me while I’m just learning about it and trying to understand more about it. They just have these whole complex systems of understanding the world.”

The Dogon influences in her spiral forms are the result of her ongoing interest in African spirituality that DeVine says has been “demonized and mischaracterized as evil… and the way that has been characterized isn’t necessarily how it is conceptualized among the people who practice that spirituality… In terms of my own personal biography, there’s these layers of wanting to know who I am, who we are as people, there’s a separation as we came, you know, were kidnapped and brought to the West, and not allowed to practice our culture, not allowed to speak our language, just basically stripped of our cultural heritage.” 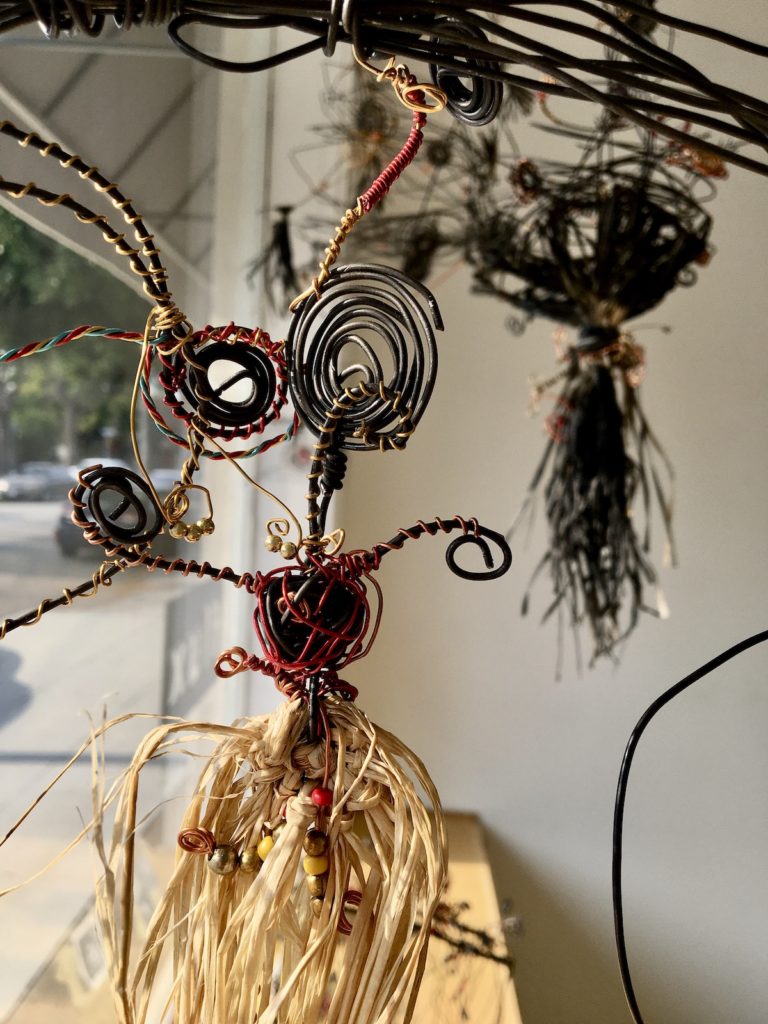 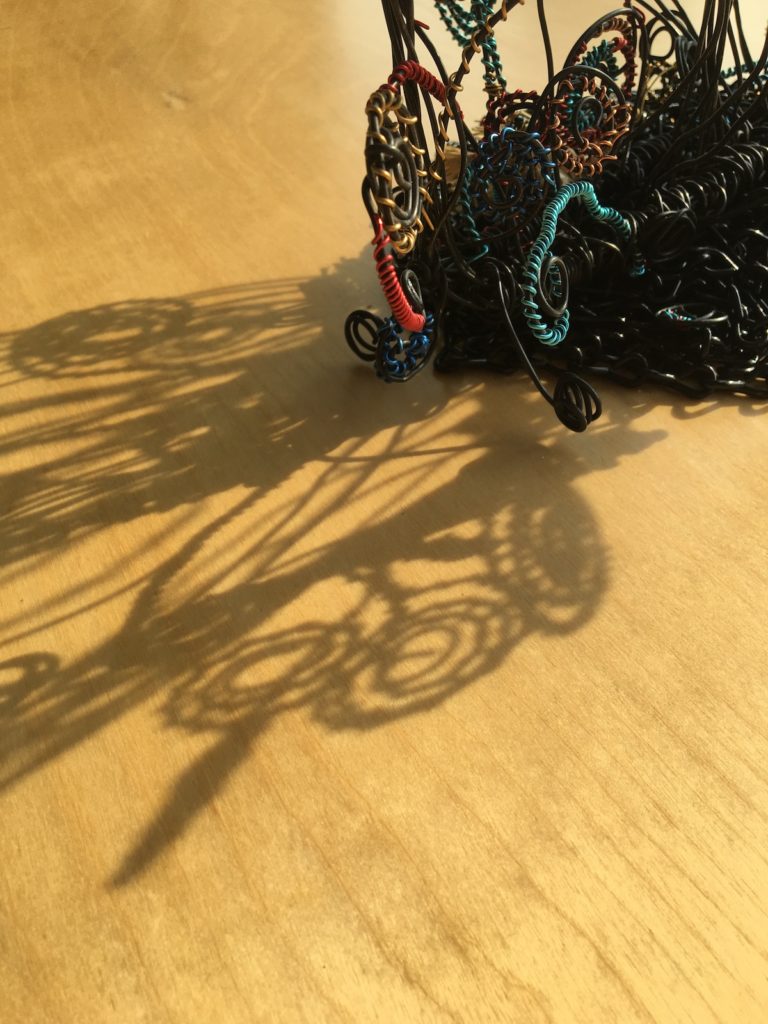 Eccentricity Less Than 1 is based on a mathematical concept describing the shape of an ellipse, and elliptical orbits, another piece inspired by Dogon culture. Dance For Mother Earth, which was imagined initially as a hanging piece, stands on its own as a sculpture.

“It really comes from my desire and this drive I have to explore African spirituality,” said DeVine. “Because as religion was brought to—particularly the Christian religion—brought to Africa it came with a whole lot of other stuff that, in my mind really doesn’t have anything to do with Christianity. It really does come out of my exploration of African spirituality and veneration for the ancestors and different ideas about stories of creation, some that make more sense to me than a lot of what’s been taught in the West. It’s very internal.”

Flux Art Space founder Betsy Lohrer Hall says the best time to view the works is around 5:30 or 6 p.m., as they cast shadows onto the sidewalks in front of the small studio as well as inside. DeVine imagines Cosmic Capsule and Kym Rising as small-scale experiments to use for a much more interactive installation when time, and the pandemic, allow for her to create and show on a larger scale. 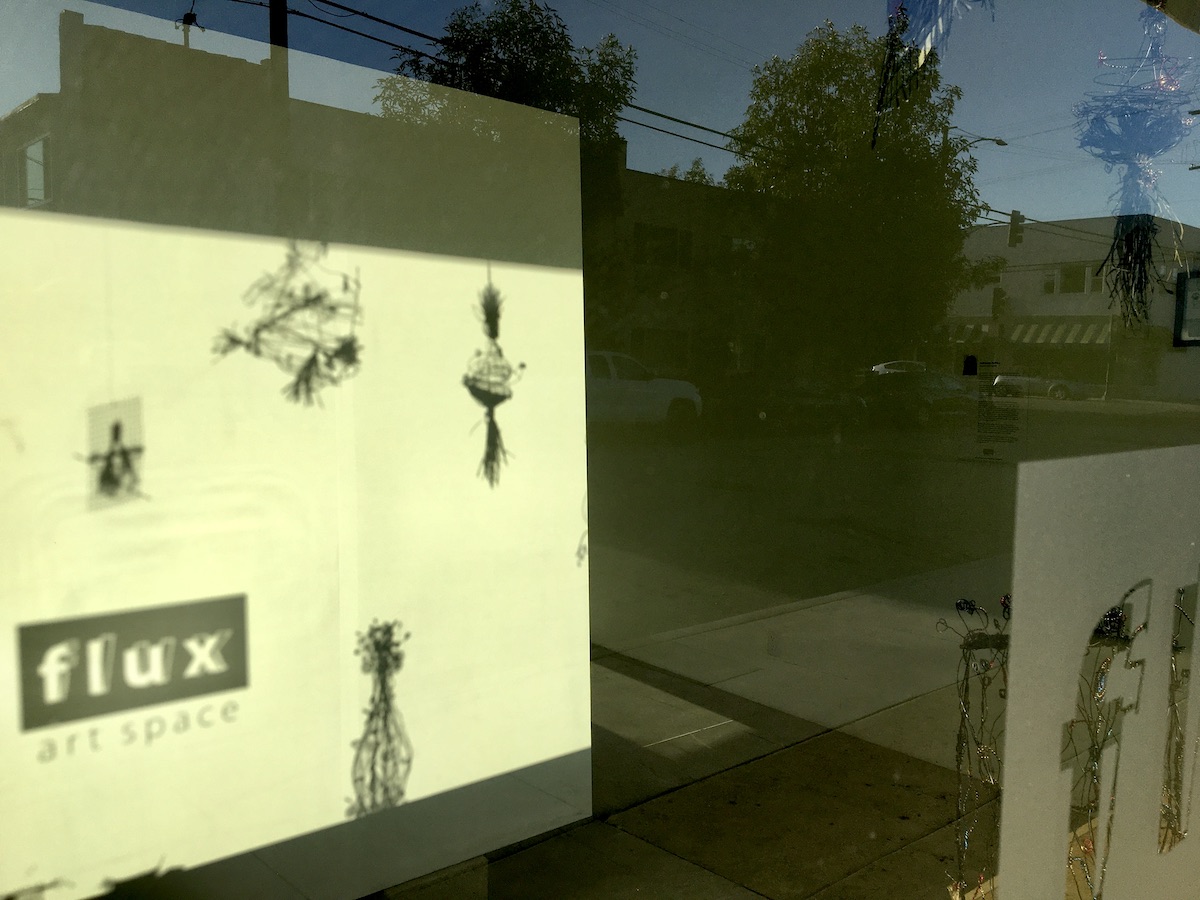 “I hope that it provokes thought,” DeVine said. “I like to talk to people because often you may, as an artist, you may have one idea about what this piece means to you and someone else will look at it and it may mean something totally different. I want people to one, enjoy it visually, and I want them to experience the shadows and the movement. I want them to have a moment, if you will.”

DeVine was also one of the six artists who spoke during July’s Conversations About Abstraction: Six Black Women Abstract Artists in Los Angeles, which can be watched via YouTube.

VIDEO: A glimpse into the world of six Black women abstract artists

“Wire, Raffia, and Shadows” will be on view through the windows of Flux Art Space at 410 Termino Ave. 24 hours a day, seven days a week, now until Oct. 3. To see the work inside the gallery, you can make an appointment by emailing [email protected].