Vanndearlyn Vong is fighting deportation, connecting with her culture and healing through the art of ceramics, all to the soundtrack of ’70’s Cambodian rock.

Sitting at her pottery wheel, Vong puts in her earbuds and gets ready to create.

“I feel like I am swimming back to my roots or finding them again,” she says about her thought process as she transforms the lump of clay in front of her.

Vong carefully forms it into her desired shape, ready to be trimmed, glazed then fired. The outcome is a perfectly fashioned pipe in the shape of a donut, a cultural symbol for Cambodians living in the U.S. 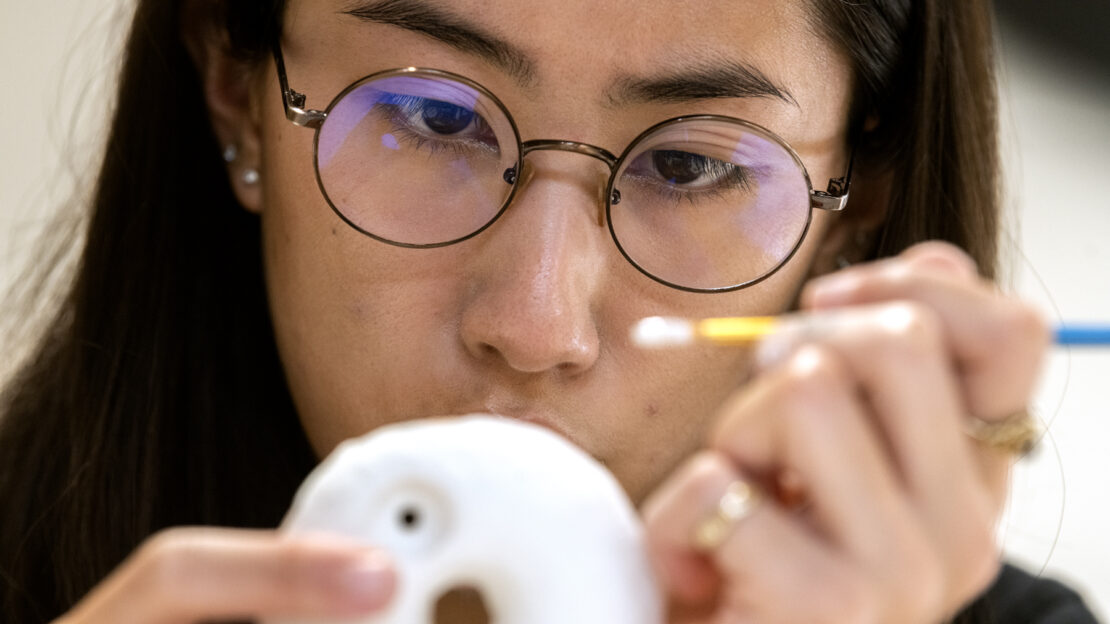 Vanndearlyn Vong, of Long Beach, paints glaze onto one of the ceramic donut pipes that she makes and sells in Los Angeles, Friday, June 24, 2022. Photo by Thomas R. Cordova.

A first-generation Cambodian-American, Vong, 23, grew up next to a donut shop that she would often go to with her babysitter, getting to know the elders that worked there and even helping them with simple tasks like replenishing sugar containers. It was a way that she connected with her culture and stayed immersed in the Khmer language, one that she noticed herself slipping away from as she got older.

“As a child, I knew the language and was actually able to communicate with adults better than now, and I think with that comes cultural understanding,” said Vong. “The clay has helped me connect to my culture. … It gives me a glimpse into what our way of life might have been like before colonization.”

In high school and throughout college, Vong became politically involved after analyzing how Cambodian people were often forgotten or left out of important conversations, especially those involving immigration reform. As a result, she graduated from Cal State Long Beach this year with a political science degree and a minor in Cambodian language and culture.

A year later, in July 2021, her journey into pottery began in an effort to raise funds for LBSEA. The collective advocates for southeast Asian immigrants facing deportation after they conclude jail or prison sentences, saying it’s an additional and inhumane punishment that is unique to immigrants.

When Vong is in the studio, the world around her gets put on pause and the Cambodian psychedelic rock music from the 1960s and ’70s playing in her earbuds helps keep her in the zone. The steady beats direct her focus and the lyrics connect her to the language of her ancestors.

“There’s things that I’m able to process and work through as I work with the clay,” she says.

Making ceramics gives her an outlet to decompress and disconnect, something that she says is critical in allowing her to help others through LBSEA. 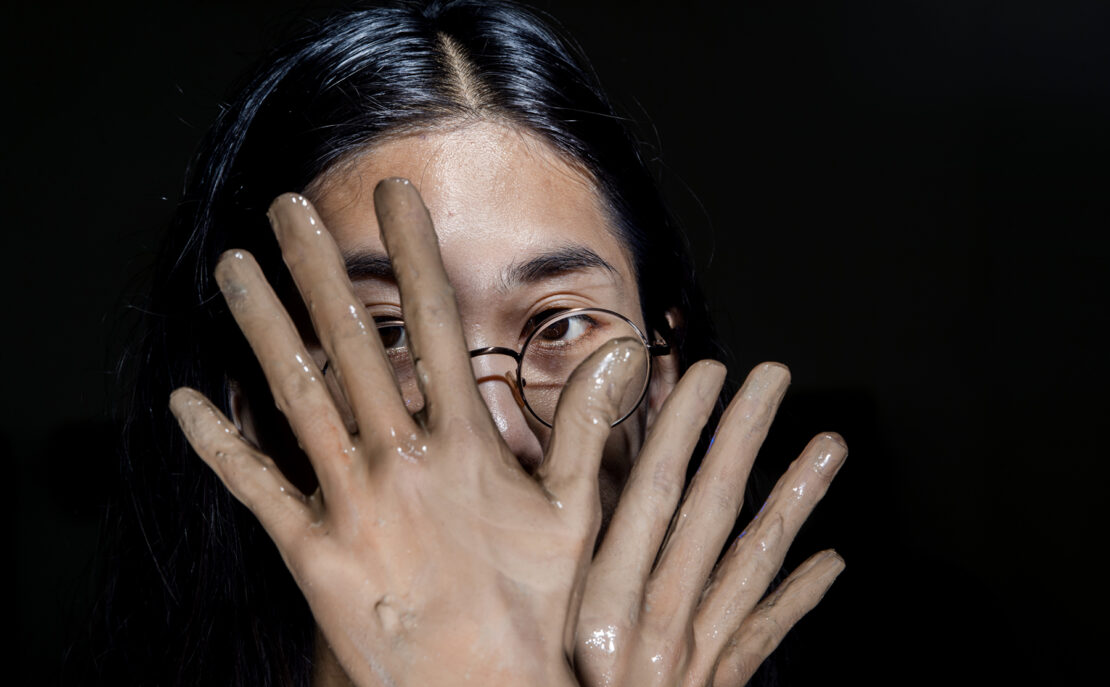 Khmer ceramics date back to the sixth century, according to the National Endowment for the Arts, and come in a number of forms, including bells, bottles, bowls, figures, storage jars, pots, and urns. The intricate details in each piece are what have inspired Vong to pursue the practice of her ancestors.

It is estimated that only three Cambodian master ceramicists survived the genocide, one whom Vong hopes to work under and learn from next month in an effort to keep Cambodian ceramics alive.

Vong and her partner will travel from Long Beach to Lowell, Massachusetts to visit Yari Livan, the only surviving Cambodian ceramics master living in the U.S.

“I feel hopeful. … I feel like he’s that single thread that we have and I hope to make a good connection with him and continue the tradition for our community,” Vong said.

For Vong, the art of perfecting her craft will be a lifelong journey that she is ready for: “I’m very humbled and grateful to learn from the clay and learn how my ancestors were working with it. … I imagine what their way of life might have been and how working with clay might have been healing for them.”

In the Studio is a multimedia series that highlights local artists and makers in their element, doing what they do best. To contact us, email Visuals Editor Thomas R. Cordova at [email protected].

Music in the video was provided by Dengue Fever, to learn more about the band and hear their music, click here.