Those who know Mandy Barton, know she’s not one to seek recognition. So, when those who know Mandy Barton—described by one friend as “the best of a nurse”—were looking to recognize her efforts overseeing nurses at Long Beach Memorial Medical Center who directly tend to COVID-19 patients, they knew they’d have to get a little creative with getting her outside long enough for a “drive-by, bike-by” appreciation parade on Friday, May 22.

After giving it some thought, they finally developed a cohesive, well-formed plan: her wife told her to go into their front yard for cocktails.

“OK!” said Barton, who was soon met with a steady stream of love and affection in the form of fire engine sirens, car horns, bike bells and a whole lot of “We love you!” 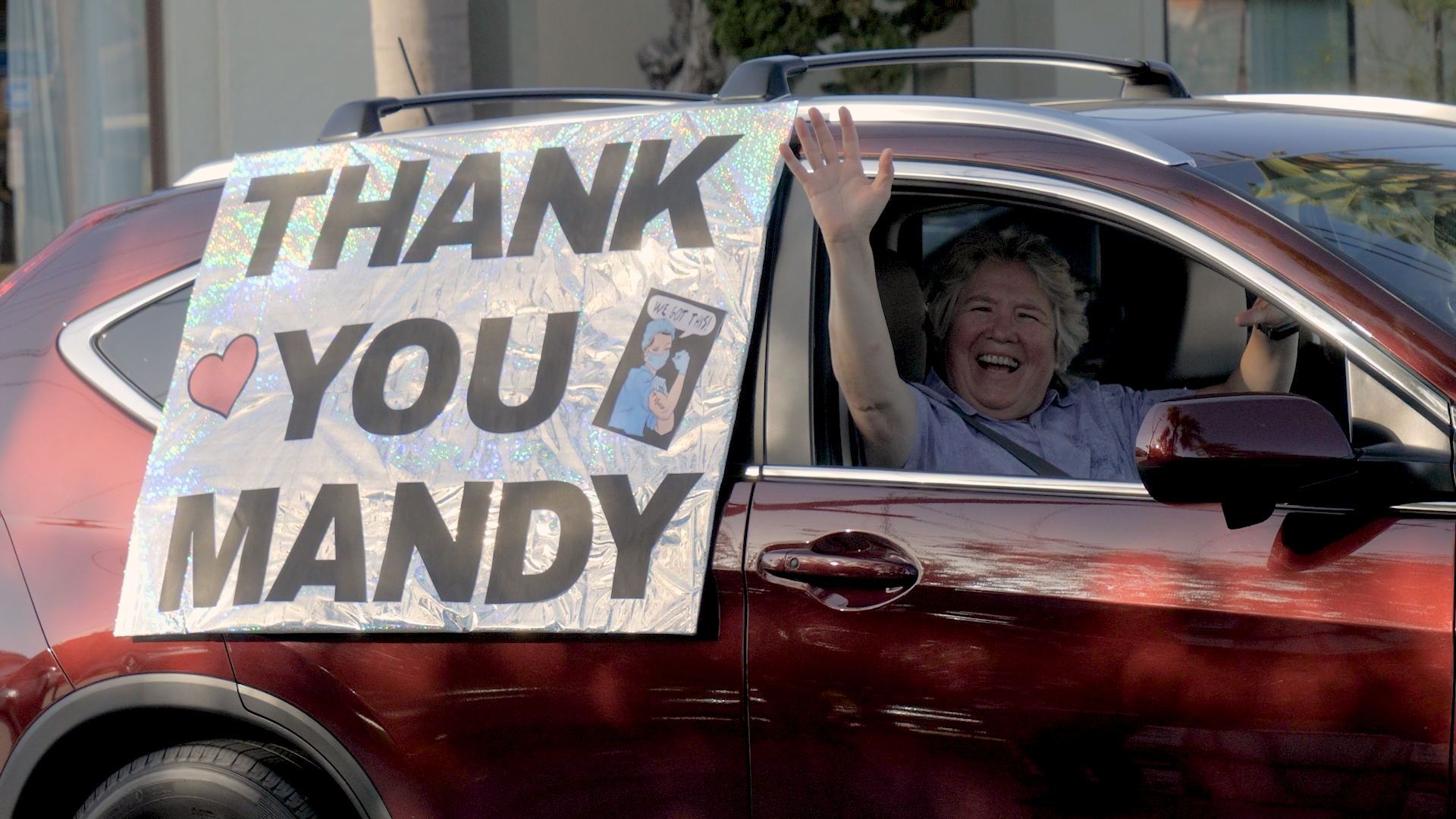 Described as calm and cool when she’s on the job, Barton was anything but as the parade went by.

And typical of her, when asked what she thought about all of this, her first thought was to “shout out the nurses from Long Beach Memorial, they’re amazing.”