Of the clients who entrust their hair to the steady, meticulous hands of Gabe Torres, it might be hard to believe that at one point, not so long ago, the North Long Beach barber could not so much as raise a finger on his right hand.

It was on a Friday, five years ago, on a day like any other at Precise Barbershop when Torres, Precise’s owner and star barber, suddenly felt a pinch in his brain.

“Instantly, I started to feel a tingly sensation on my right side,” he said.

About an hour later, he was being wheeled through the corridors of Long Beach Memorial Medical Center, paralyzed on his right side. At 33 years of age, Torres had suffered an aneurysm induced stroke—a hemorrhagic stroke—and needed to undergo brain surgery if he wanted to live and raise his then four-year-old twin daughters.

Doctors told Torres that there was a strong chance he might not make it through surgery and, if he did, it would likely take years before he would be able to walk again.

And, he would never cut hair again.

When Torres awoke in the ICU after surgery, dozens of doctors came to congratulate him. He had lived. But, celebrating was the last thing Torres felt like doing. The right side of his body was still immobile and he battled despair at possibly spending the rest of his life confined to a wheelchair. It was at that point that a young doctor entered his room.

“He told me that I would get better as soon as I wanted to get better,” Torres said, his breath catching at the recollection, “and it shook my world.”

From that moment on Torres was determined to walk again. He would get his life back, so long as he had a say in it. 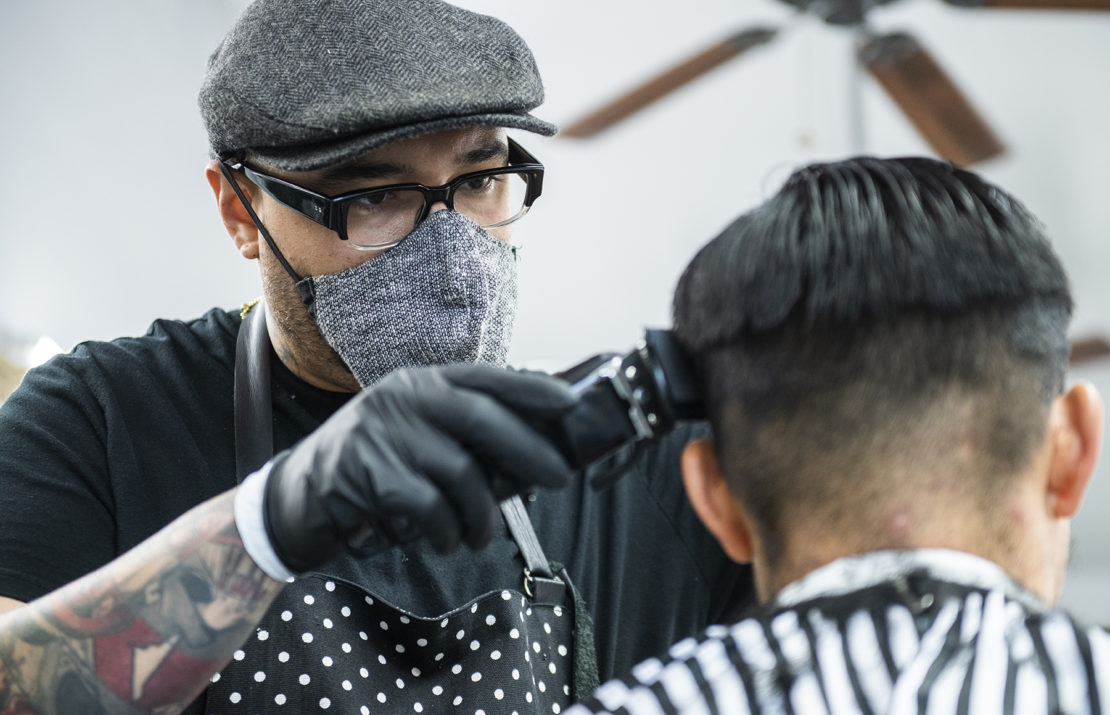 No doctor could explain how his veins had regenerated so quickly, but that’s didn’t matter to Torres. He had his life back and he was going to make the most of it.

Feeling like he was given a second chance, Torres felt called to help others and launched The Humble Project, a nonprofit geared towards helping disadvantaged and homeless youth find the inspiration and motivation to become working professionals.

Three years later, with the help of mentor Bill Bedrossian the CFO of Covenant House, a young adult homeless shelter based in Hollywood, Torres opened up Precise Barbershop a mile from Covenant House. To date, Torres said, they’ve had two homeless youth graduate through their program and are currently awaiting their state board exams.

“I feel like if I had to go through brain surgery to help all these people, then I’m happy with taking one for the team,” Torres said.