VIDEO: How this historic mosaic mural will be saved for future generations to enjoy • the Hi-lo SHIPWRECKED, Part II: How Long Beach leaders charted a disastrous course for the Queen Mary READ NOW
- ADVERTISEMENT -
- ADVERTISEMENT -

If you’re into learning how a floor-to-ceiling mosaic mural designed by renowned Southern California artist, designer and educator, Millard Sheets, can be safely taken apart and transported, and why a handful of people in Long Beach wanted to make the careful, meticulous effort to do so, a short video by Threaded Films is worth a watch.

As chronicled in the film, the first step of the conservation effort by Cal State Long Beach’s art museum to deinstall a historic mosaic made up of tens of thousands of tiles, is complete. The plan is to move the piece(s) from its original Lakewood location at the former Home Savings and Loan Building at 4909 Lakewood Boulevard to its future home at the Carolyn Campagna Kleefeld Contemporary Art Museum at CSULB. 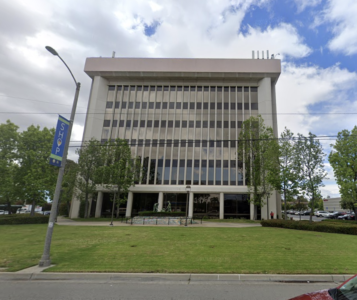 The nearly two-minute promo, viewable on YouTube, captures the deinstallation process and discusses the untitled work’s significance. One of two Sheets works located at the former Home Savings and Loan Building, it is 14-feet tall, 11-feet wide and made with Italian glass tiles that originally framed a doorway.

Sheets, one of Southern California’s most significant producers of public art, was commissioned by Howard F. Ahmanson in 1955 to design more than 40 Home Savings Bank branches throughout Southern California, with large mosaic works reflecting each location’s local heritage. Sheets designed the mosaics to present “a celebratory version of the community history,” according to Adam Arenson, professor of history and director of the urban studies program at Manhattan College.

In Arenson’s book, “Banking on Beauty: Millard Sheets and Midcentury Commercial Architecture in California,” he quotes Ahmanson telling Sheets, “I want buildings that will be exciting seventy-five years from now.” 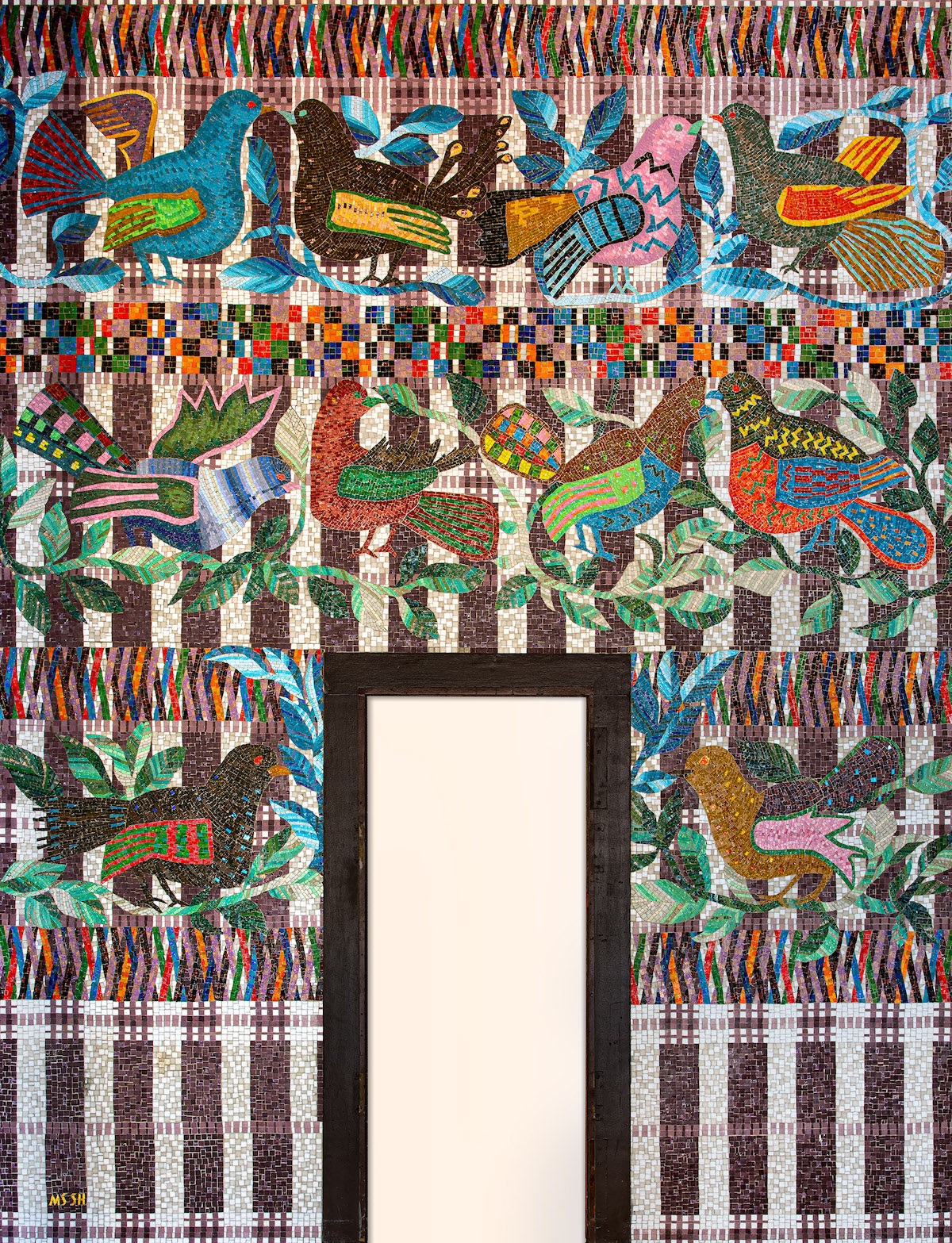 Given the respect and near-awe accorded the mosaic in the film, it’s clear Sheets accomplished the stated goal and did it uniquely, for him.

“I think what is so incredible about this mosaic is that within the context of Millard Sheets production, this is an unusual object in that it’s not a historical scene and it’s not figurative, there are no people,” says Kleefeld Contemporary Director Paul Baker Prindle during the video’s introduction. “It’s in pristine condition.”

The design is inspired by an embroidered tunic Sheets bought in Mexico, depicting tropical birds and foliage set on a patterned background, said Brian Worley of Brian Worley Art & Restoration, Inc., liaison for the Sheets Estate and a consultant on the project. Worley was part of the original installation team in the late 70s. 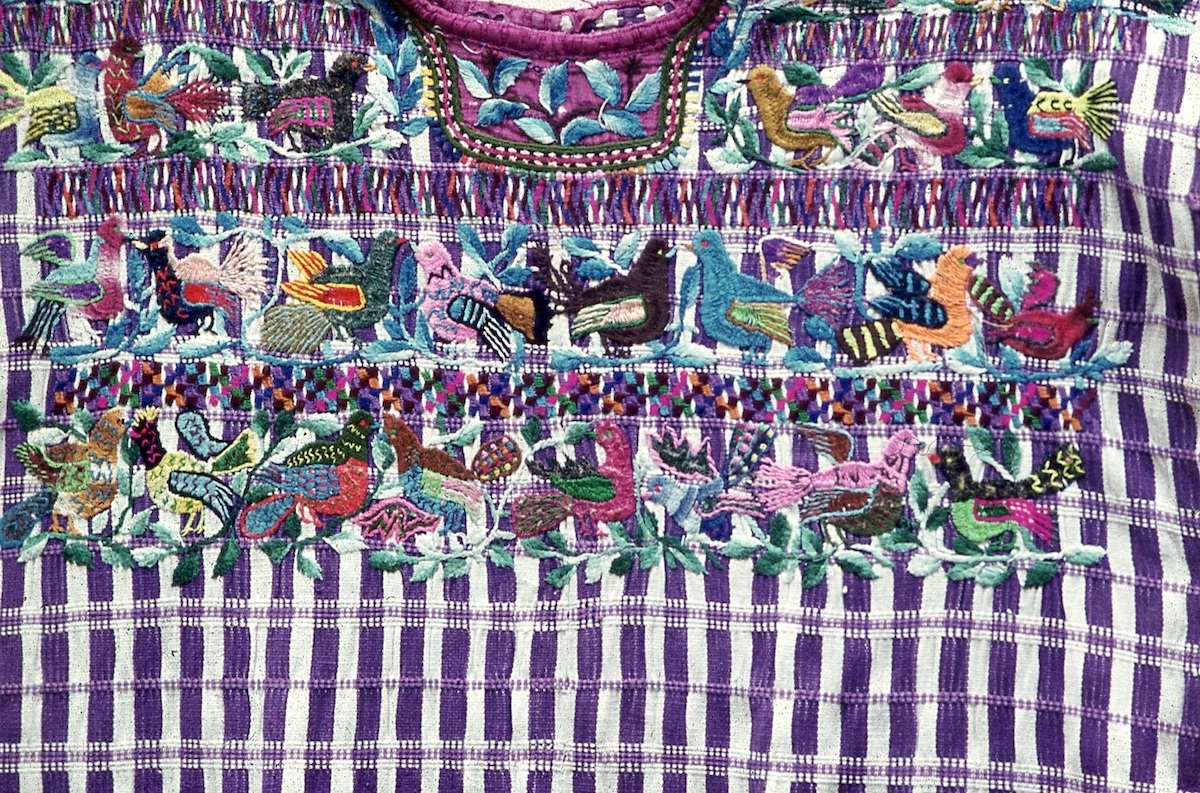 Construction of the mosaic took two years, from 1975 to 1977. Artists who collaborated on the piece include Worley, Denis O’Connor, Susan Lautmann Hertel, John Edward Svenson, Frank Homolka, Tina Reeder, and Richard Ellis. Hertel and O’Connor and Nancy Colbath, were notable artists employed by Sheets at his studio in Claremont who often signed their names or initials on works alongside the artist.

Sheets, whose work includes such iconic pieces as the University of Notre Dame’s famous “Touchdown Jesus” mosaic, was born in Pomona in 1907 and died in Gualala, California in 1989. 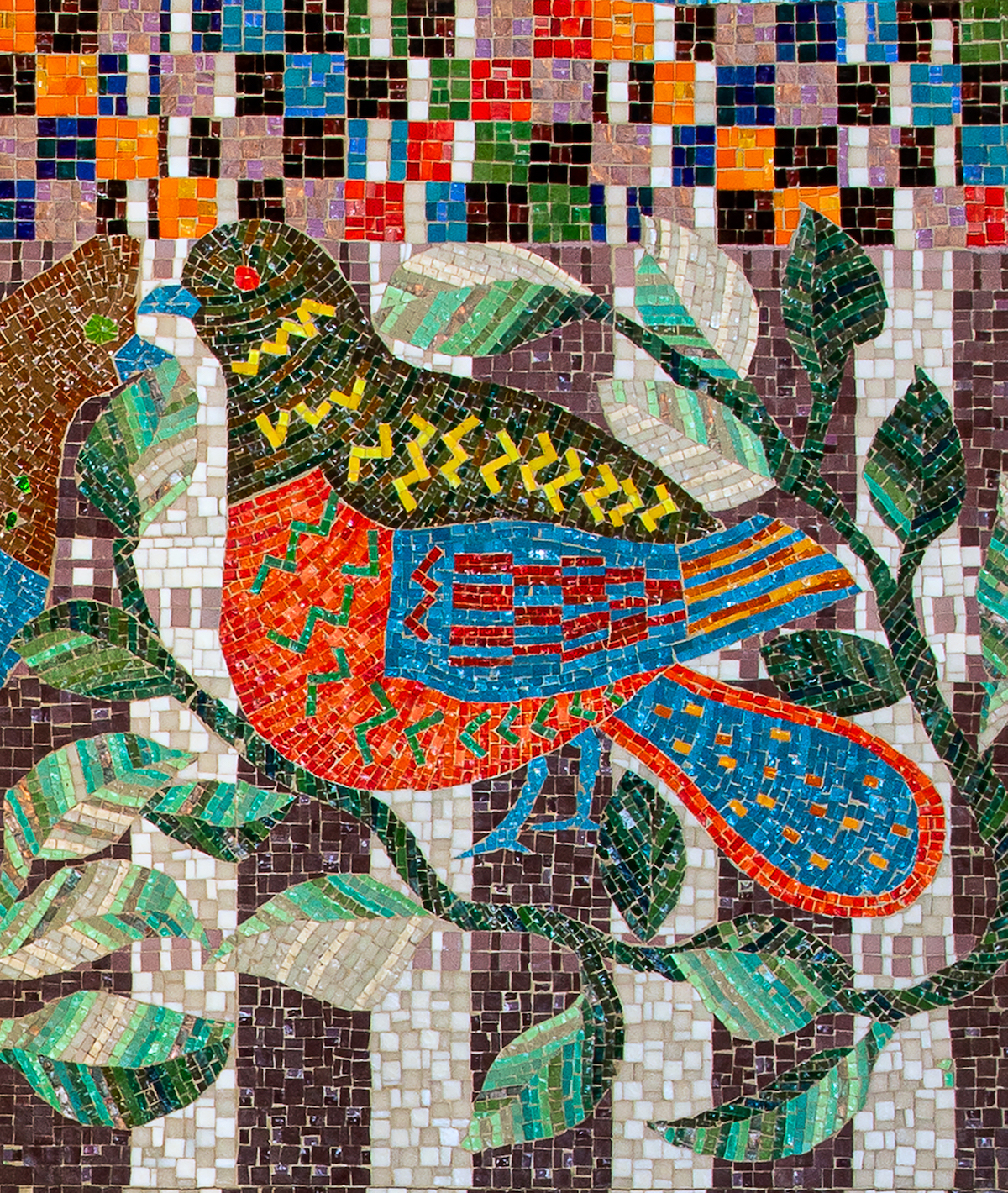 In the announcement of the acquisition of the historic public art piece, Kleefeld Contemporary said the mosaic was gifted to the museum by Farmers & Merchants Bank, which additionally made a significant philanthropic contribution to support its conservation to allow future generations to enjoy the artwork, a slice of Southern California art history.

“We will be able to create educational programming around it to make sure that more people know about it,” Prindle says. “I think what’s so exciting about art is that it’s an illustrated history of who we are. Millard Sheets’ work is very much representative of the ethos and lifestyle of Southern California at the time that it was really booming.” 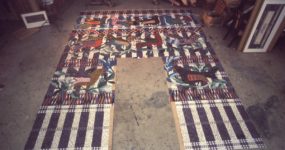 The paletted sections of the mosaic after its deinstallation. Photo by Brian Worley, courtesy Kleefeld Contemporary.

RLA Conservation of Art & Architecture was contracted to conserve the work alongside Brian Worley Art & Restoration, Inc. Both firms assisted with the deinstallation, and will continue to assist with the relocation and conservation of the piece to be installed as part of the newly expanded museum, now closed and under construction through 2022.

“Once the panels have been secured on the wall, we’ll work with Mr. Worley to ‘stich’ the cut panels back together so that it’s one seamless mural again,” said RLA Conservation Principal Conservator Christina Varvi. “It’s a wonderful opportunity to be able to work alongside someone who was a part of the original fabrication and installation of these gorgeous mosaics; this one in particular.”