It was late March when Cameron Bell began playing music at Hilltop Park in Signal Hill. Life had suddenly become strange, people were afraid to go outside, and the popular park, a favorite local hang-out known for its panoramic views of the city, seemed a somber place.

“I really felt like it was empty. It was lonely. I felt like there was something missing,” the 22-year-old bassist said. “I wanted to give people a sense of hope. What better way to do it than to just play?”

With just his bass, an amp, a mini-speaker for backing tracks and a generator to power it all, the local musician, known professionally as Oldboy, has been playing nearly every Friday and Saturday since, delighting locals with his setlists of R&B, funk, soul, sometimes blues—tunes that always made him feel good and would, he predicted, make others feel the same.

Bell admits that he was a little nervous to play on his own. Sure, he’d played in bands, done live gigs, but nothing quite as intimate, or vulnerable, as playing for a bunch of strangers in the middle of a park. But after the overwhelmingly positive response he received after each session—locals thanked him, made requests, even asked him to jam—he knew he had a good thing going.

“It’s been the best thing I’ve ever done,” he said. 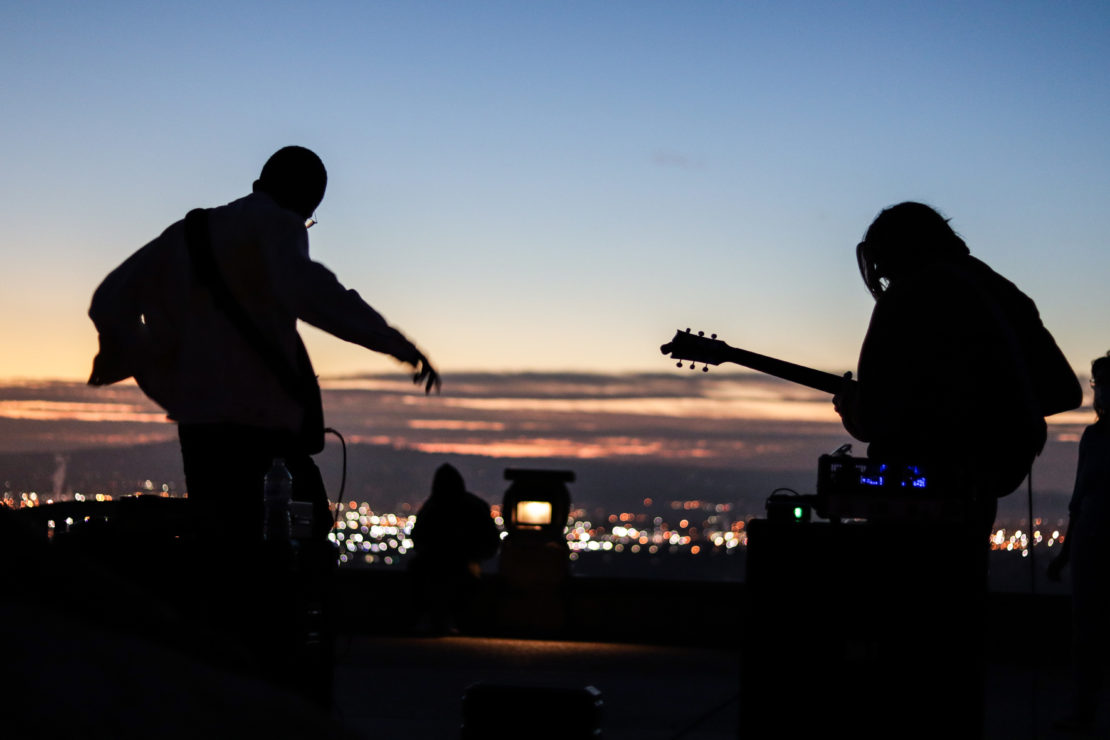 Born and raised in Long Beach, not too far from Hilltop Park, Bell has been playing music since middle school. His first instrument was the trumpet—a short-lived affair.

When he was 15, Bell picked up music production, making ambient soundscapes, movie soundtracks, “anything my mind would spew out.” It wasn’t until his first semester at Long Beach City College in 2016 that Bell picked up a stringed instrument.

“I wanted to be like Jimi Hendrix, so I bought a guitar,” he said. “I took guitar at LBCC and it was the hardest thing I’ve ever done. Never picked it up.”

Still, he knew he wanted to pursue music, and decided to focus on singing, picking up the harmonica along the way. Shortly after joining local jam band, The Reincarnates, as the singer, he took up bass at the behest of his bandmates.

“The bassist had just went M.I.A.,” he explained. “They were like, Cameron, you’re the singer, but we need someone to learn bass. I was like, OK, I guess. Bass sucks, who cares about bass?”

A team player, Bell began to teach himself and found inspiration from Louis Johnson, the famous session player who brought the baseline groove most notably to Michael Jackson’s “Off the Wall,” “Thriller,” and “Dangerous” albums.

“I saw him do a slap bass solo [online]. And that was it. I was hooked,” he said. “I committed my whole lineage of just musical capability to just playing bass.”

And while you wouldn’t know it from the evident skill, finesse, and creativity the artist shows while playing, that was only four years ago. 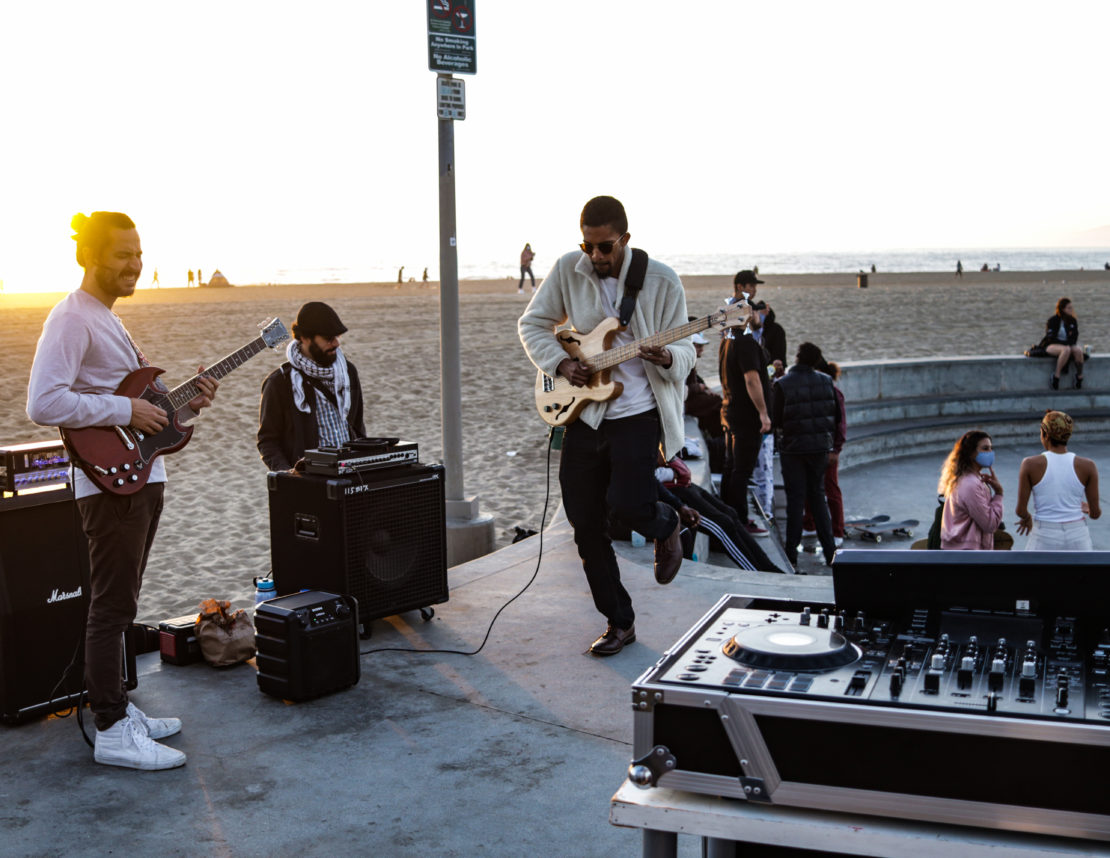 It’s safe to say that Bell is now dedicated to playing bass. Practicing hours each day, and performing live at Hilltop Park in between work shifts at a local optometrist, he’s also taken up to playing at the Venice Beach skate park on Sundays, usually with his friend and guitarist, 26-year-old Andrew Maney.

While the self-taught musician looks forward to performing under stage lights once again, until then he plans on playing just as he has the last 10 months.

“I want to eventually make this [Hilltop Park] a guaranteed spot and have more musicians come and play with me,” he said of his future plans. “Eventually, I want to get a keyboardist, a guitarist and a drummer. That way, I don’t have to play backing tracks, but it’s always fun.”

His biggest goal? To become one of the best bass players of this generation.

“I want to connect with musicians all around the world,” he said.

Oldboy performs at Hilltop Park in Signal Hill almost every Friday and Saturday. Hours vary. Follow Oldboy on Instagram to keep up with his performances.