After a successful reboot this year on TBS, “Wipeout” is returning for another season of spectacular falls from giant red balls and is looking for Southern California residents to take on the giant obstacle course.

The show is casting for teams of two to debut on its upcoming 20 episodes, who will take on the newly revamped three-stage giant obstacle course together. The duos can be male, female or a combination, and anyone can apply, so long as they’re over 18 years old and are available to shoot in Los Angeles for about three non-consecutive days during filming.

The former ABC show returned to television after a six-year hiatus this year, with its new home on TBS and few other changes. The four-stage obstacle course was slimmed down to three but revamped to be more challenging and the grand prize was cut in half, from $50,000 to $25,000. This year’s grand prize is ambiguous but promises a “huge cash prize,” Wallin said.

The cut-off to apply for the show is the last week of July, Wallin said, as filming for the show begins in early August.

To apply, participants must first fill out a free online application. Castings will be done over Zoom, however, applicants can expect a pre-qualifying phone call before the official Zoom interview. Wallin said the teams can do the interview separately.

Contestants will also have a background check and health screening before allowed on the show. Contestants must also be willing to undergo COVID-19 testing at their own expense.

“We’re listening for their energy and really getting a gauge how motivated they are to be on the show,” Wallin explained. “What’s their relationship with the partner, maybe fun careers, or they do special skills…we’ve had a lot of people this season with insane, special skills that they’re really selling, whether they’re athletic or non-athletic.”

“Wipeout” has always advertised that people of any athletic background can be on the show and that personality trumps all, as 48-year-old Steven David proved on season four dressed up as his alter-ego “Grapie.” Winning it, though, may be another matter.

The winners of the show’s comeback season and the $25,000 prize, this year were 34-year-old Matt Hardin, a special education teacher at McBride High School and his 22-year-old niece Ashley Steinkoenig of Long Beach. The pair went by the team name “Can’t Stay Awake & Bake,” a nod to Steinkoenig’s baking business, Bakes by Blondes, the Press-Telegram reported in May. 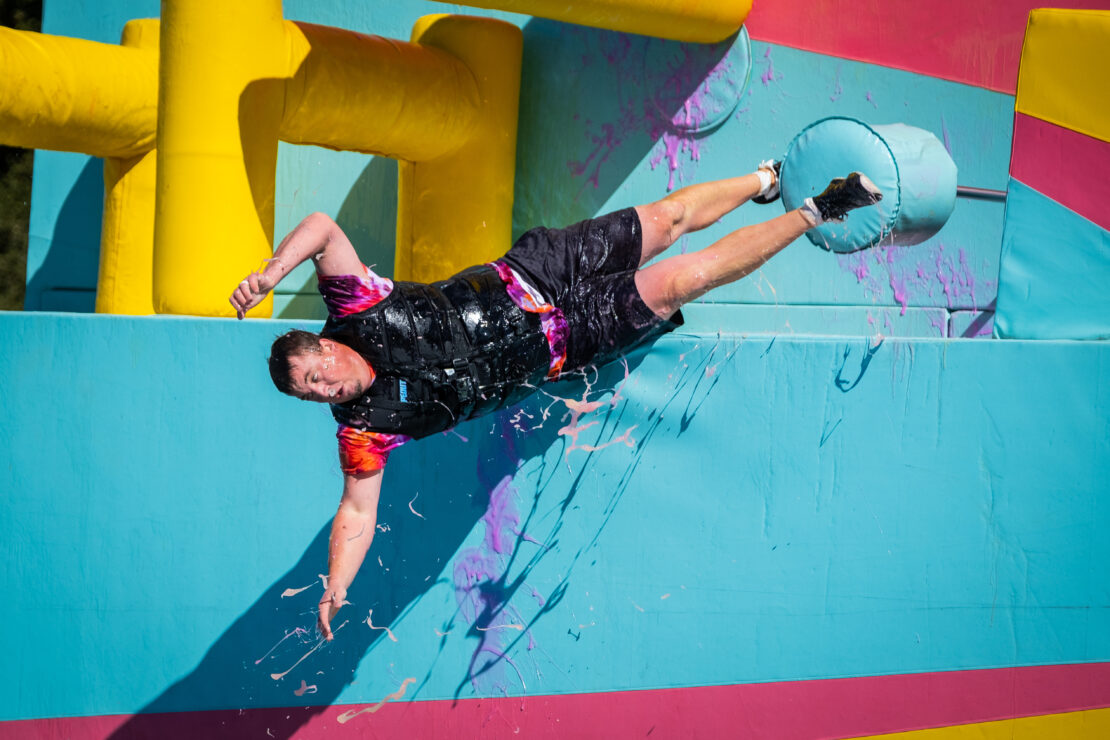 Wallin said they’re encouraging anyone interested in applying to do so as soon as possible as they’ve already received a number of applications, but promises each application is looked over individually by her and her team.

“We’re interviewing all walks of life,” Wallin said. “And if you’re a fan of the show, I really think it’s one of those once-in-a-lifetime memories.”

For more information and to apply, visit the “Wipeout” Casting website, here. Applying for the show is free.