Officers first responded to reports of the shooting near the intersection of 25th Street and Elm Avenue around 10:45 a.m. on Monday, Sgt. Sal Solorzano said. He said an argument had escalated into violence but police did not have more details regarding the cause of the altercation.

Neighbor China White, 26, said the gunfire woke her up: “I was dead asleep. There were probably about 10 shots fired.”

The Long Beach Fire Department rushed the critically wounded man to the hospital, while the other two victims drove themselves, Solorzano said. 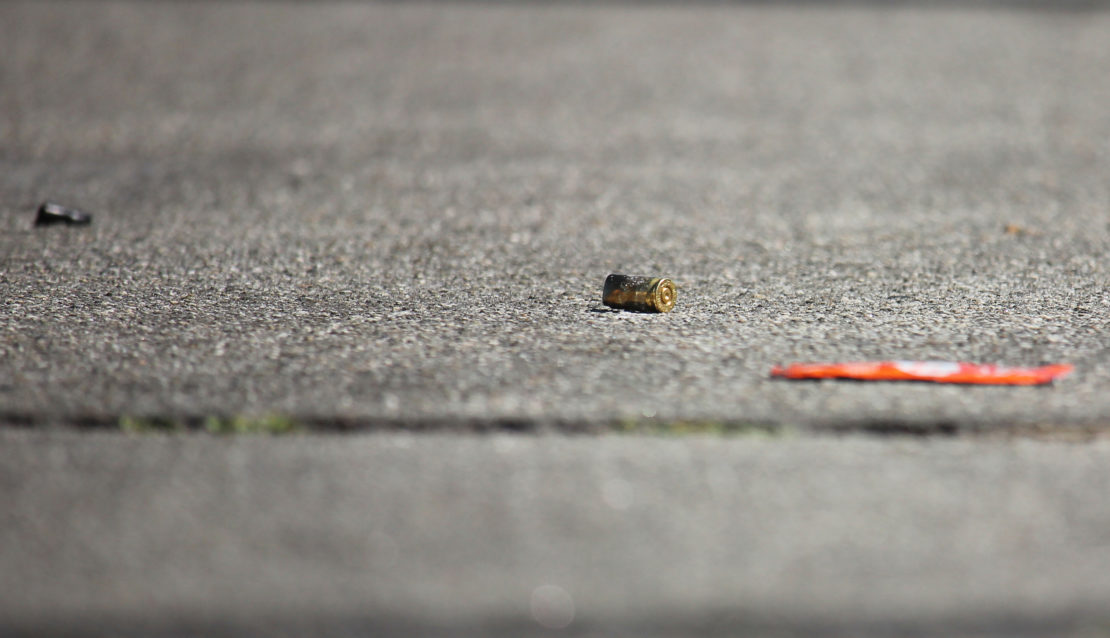 A bullet casing at the scene of a shooting in Central Long Beach, Monday, Feb. 22, 2021. Photo by Brandon Richardson.

Some residents, who declined to provide their names, said they heard the shots from over a block away.

“This is too close to home,” one said. “I ride my bike through here all the time.”

Officers found bullet casings and at least one strike mark on a vehicle, Solorzano added. He said the number of shots was unknown, but they came from a small-caliber gun.

“The amount of gunshots at one time—it was crazy,” White said.

An unknown number of suspects fled the scene before police arrived, Solorzano said.