When Renette Mazza moved to Long Beach from Washington in 2014, she bought a home in the Hamilton neighborhood, which felt safe.

Her friends were shocked.

Mazza said she was perplexed at the notion that North Long Beach is still crime-ridden. It is home to a new library and has seen improvements to Houghton Park. A number of new residential and commercial developments are also in the works.

Yet Mazza and other grassroots community advocates are battling more than reality: They are battling people’s perceptions.

Mazza and Joni Ricks-Oddie, who moved to North Long Beach in 2012, have leading roles in two active local nonprofits––the Hamilton Neighborhood Association and the DeForest Park Neighborhood Association. They and others spearhead multiple programs and events each year in hopes of attracting more positive attention, and getting others invested in their community.

Recently, the Hamilton group pushed city hall for more green space near the 91 Freeway. The DeForest Park nonprofit rallied support for neighborhood projects such as the DeForest Park wetlands.

Councilman Rex Richardson, who represents a large portion of North Long Beach, said both women are a product of a leadership overhaul that his predecessor, Councilman Steve Neal, implemented throughout the community following Neal’s election in 2010.

Richardson said a wave of younger people, who were more optimistic, have over the years begun buying houses in North Long Beach.

At the same time, violent crime has decreased significantly since the 1990s.

Ricks-Oddie and Mazza see the community as a different place now.

Mazza’s Hamilton group launched a program two years ago that reimburses families that are seeking cosmetic repairs to their homes. The group received grant funding through the city’s Home Improvement Rebate program, which the nonprofit uses to pay for building supplies and volunteer stipends.

“We gather volunteers from the local area,” Mazza said. “We apply for the grant and buy the materials.”

The city program reimburses owners of residential properties up to $2,000, according to its website.

The Hamilton nonprofit has also taken the initiative to develop green space in the neighborhood––a resource found in other parts of the city that are lacking in that area of Long Beach, according to Mazza. The Hamilton Loop project adjacent to the 91 Freeway was championed by the Hamilton Neighborhood Association. Before the pandemic, the project was in negotiations between CalTrans and other city agencies. 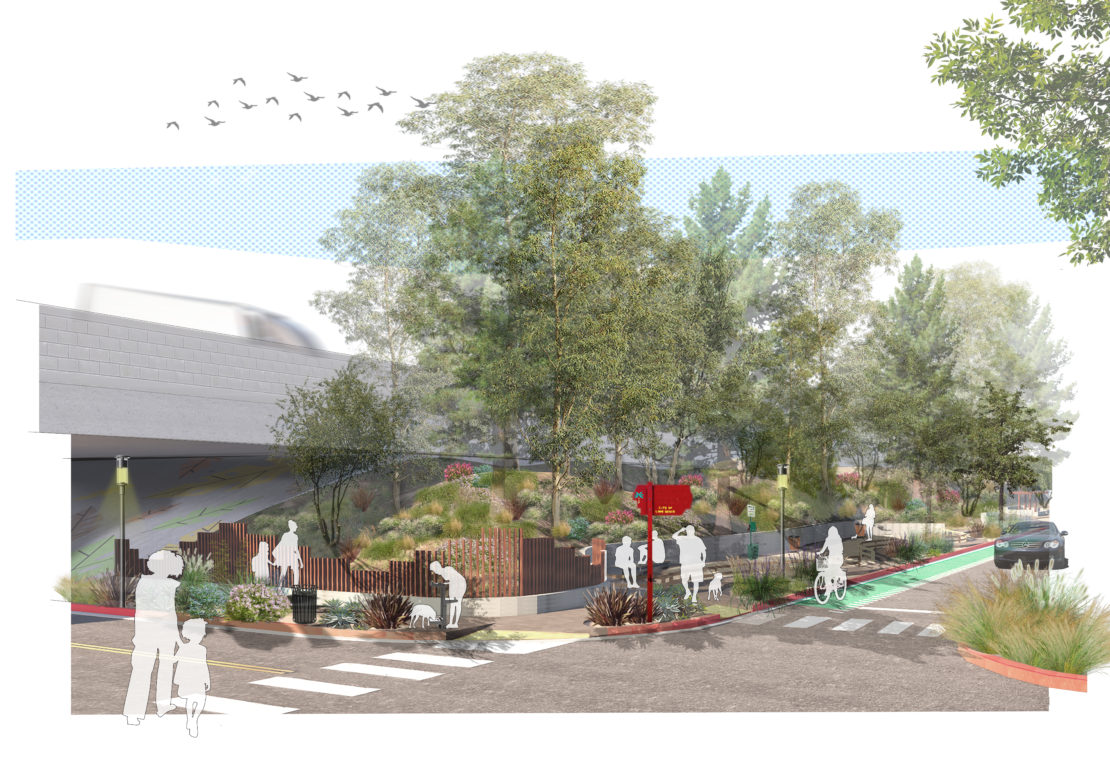 These dine-out events, before the coronavirus pandemic, acted as the perfect opportunity to introduce members of the community to local businesses and shops, Ricks-Oddie said, which in turn built community trust.

Later this month, the nonprofit will be hosting an outdoor event to entice residents to register for the U.S. Census count in order to boost participation in the local community.

“The discussion is different,” she said. “We have a voice at the table now.”

North Long Beach has a united front when it comes to pressuring city officials to invest in their community, the women said. The dining developments of The Uptown–– a 2-acre lot at 6600 Atlantic Ave.– is a testament to that.

Mazza and Ricks-Oddie attribute this success to the groups’ abilities to share advocacy tips with each other, such as how to become a nonprofit, or how to start a Christmas lights competition in a neighborhood.

“We had to fight for this stuff between other city districts,” Mazza said.

From College Square, which borders Compton, to the Grant neighborhood, every community has a voice, Ricks-Oddie said.