After the rain, a flooded Chittick Field reminds us of its purpose and its history • Long Beach Post News
- ADVERTISEMENT -

Rainy season in Long Beach calls for a flooded Chittick Field, something residents in the area know all too well. The 19-acre field at Pacific Coast Highway and Walnut Avenue is doing exactly what it’s been designed to do since the late 1930s: drain stormwater.

Once known as “The Hole” or “El Hoyo” and even “The Dust Bowl,” the Dee Andrews Sports Complex at Chittick Field has been a pillar in Central Long Beach, where green space has often been sparse.

First developed in 1936 as a stormwater retention basin, the field was designed to prevent localized flooding by temporarily storing rainwater from Signal Hill and surrounding areas, reducing the peak flow of that water to nearby facilities like drains and sewers, and it still does the same thing today.

After heavy rain, the fields get submerged underwater, and the county helps pump that water into the Los Angeles River, according to Long Beach’s Maintenance and Development Bureau Manager Hurley Owens.

Due to the saturation of the soil, it takes about 90 days for crews and heavy equipment to get back on the field to strip it of any oil, contaminants or hazardous material that the stormwater brought with it, Owens said. During that time, Chittick Field is closed to the public until it is safe to use again.

The history of how the field came to be spans decades.

In 1950, the stormwater retention basin was improved for recreational purposes, which saw the addition of four baseball diamonds. Then from the early 1960s to the late 1970s, the recreational offerings grew to include another baseball field along with a soccer field, irrigation, unpaved parking and field lighting.

In the time since its development, the field has undergone a few name changes as well.

According to the city’s Parks and Recreation website, it was previously known as Hamilton Bowl because of the neighboring Hamilton Junior High, but in 1983 it was renamed in honor of Brian Chittick, a local softball aficionado and the creator of the Kid Baseball Association.

Since then, residents have given the field nicknames like “The Hole” or “El Hoyo” and “The Dust Bowl” after the original fields began to deteriorate in the early 2000s, leaving behind patches of grass and dirt that picked up with the wind.

In 2005, plans to renovate the rundown field began when the Salvation Army first proposed to help fund the construction of a Ray and Joan Kroc Community Center in Long Beach. Chittick Field was envisioned as the site to build a $140 million vast community complex with world-class swimming pools, soccer fields and basketball courts, as well as a performing arts center, classrooms and more.

A 2009 article in the Long Beach Post said the highly anticipated center “would turn next to nothing, into everything.”

In 2010, however, the Salvation Army canceled the project, and those ambitious plans for the site fell through due to lack of funding, leaving the future of “The Dust Bowl” uncertain.

All hope was not lost, though. The city and county teamed up to fully fund a $9.9-million renovation for a state-of-the-art sports complex one year later. Now, Chittick Field includes a football field, a 400-meter all-weather track, three soccer fields, restrooms, a bleacher area, sports lighting, irrigation and a 134-space parking lot. A low-flow drainage system, a pump station, and various stormwater treatment devices were added to the existing bowl during the upgrade as well, ensuring that it met standards for bacteria and garbage reduction. 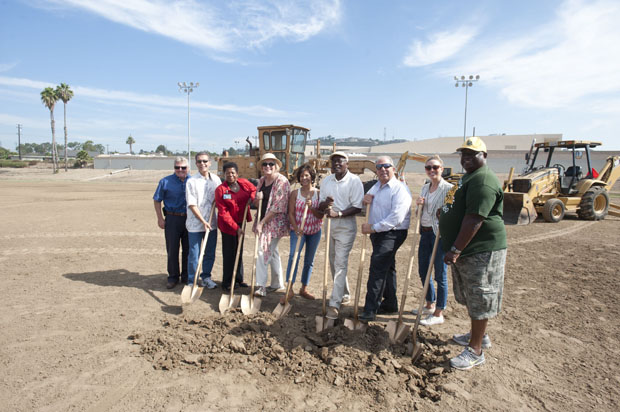 L.A. County and Long Beach also negotiated the first 99-year lease in history, ensuring that Chittick Field will remain a recreational space well into the next century.

“With all the active and young people living within 1 mile of Chittick Field, I know that it will be one of the most utilized parks in Long Beach,” then-6th District Councilmember Dee Andrews said at the time of the field’s opening. “I share the community’s excitement and enthusiasm to start playing football, soccer and a wide variety of athletics here at this incredible facility.”

The field was renamed the Dee Andrews Sports Complex at Chittick Field in 2021, honoring the former 6th District councilmember for his work to better the lives of Central Long Beach residents and his determination in securing the almost $10 million in financing needed to upgrade the field. 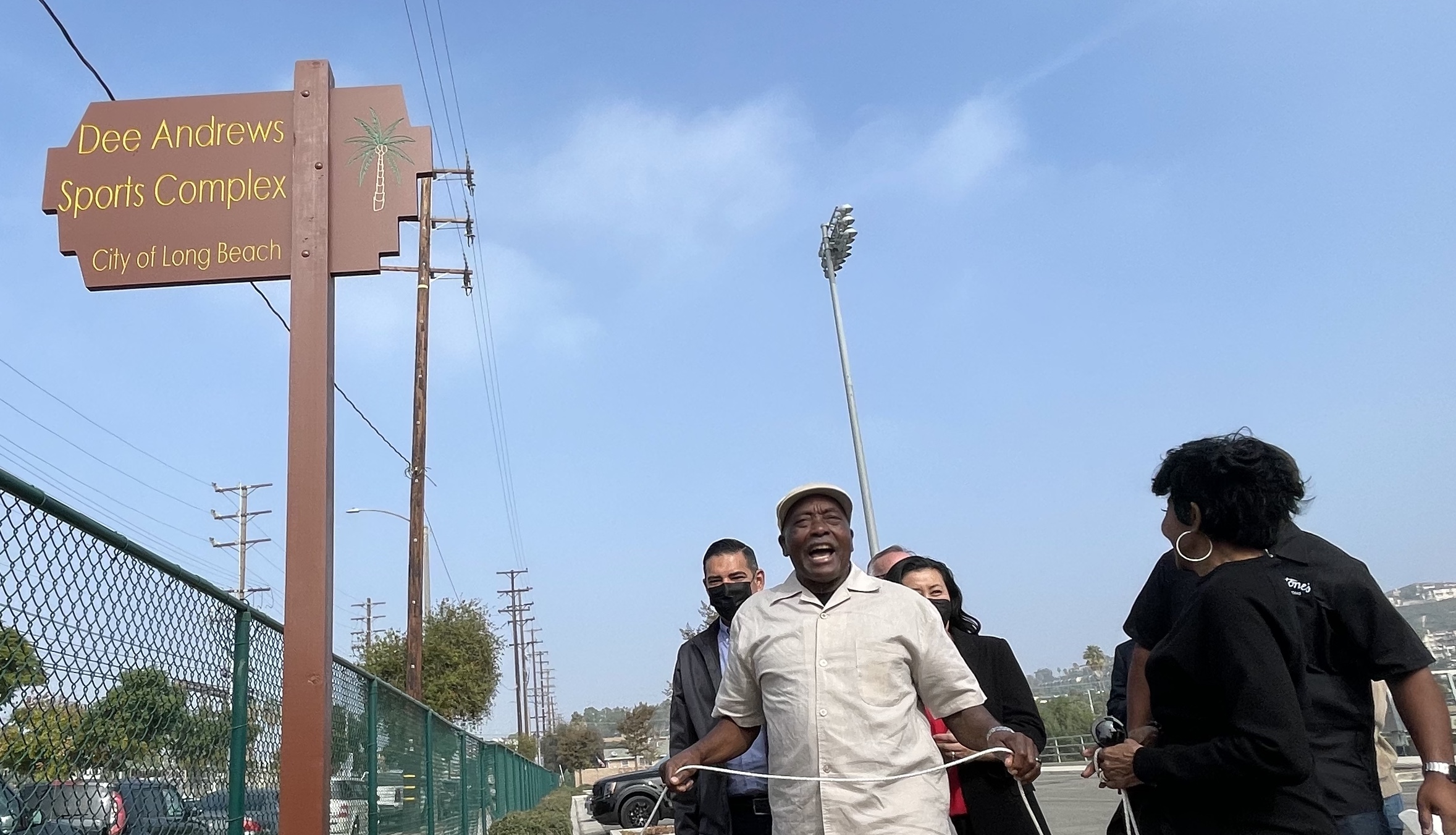 Former Councilman Dee Andrews after unveiling the sign at the Sports Complex at Chittick Field, which was renamed for him. Photo by Mike Guardabascio.

Andrews was an All-American track and football player at Poly High School, where he also became the school’s first African-American student body president. He eventually rose through the ranks and played a short stint in the National Football League with the Dallas Cowboys.

When he returned to Long Beach, Andrews taught at both Poly and Wilson high schools. He earned the nickname “Son of the Sixth,” the council district that he eventually was elected to represent for 12 years.

Andrews always had a strong connection to Chittick Field, telling the Press-Telegram in 2021 that “he and his friends would float across the water in makeshift boats (when it rained) and when it was dry, they would play football in the dirt.”