A man was found dead, apparently from a self-inflicted gunshot wound, after an hours-long standoff with officers, according to Long Beach police.

The incident began around 2:40 a.m. when police got a call about gunfire near Ocean Boulevard and Cherry Avenue, LBPD spokesman Ivan Garcia said.

Police quickly found the suspected gunman in an apartment complex’s parking garage, according to Garcia.

“Officers observed the suspect fire a shot into the ground as he retreated deeper into the parking garage and out of view,” Garcia said. “Officers then heard more shots coming from the suspect’s general area.” 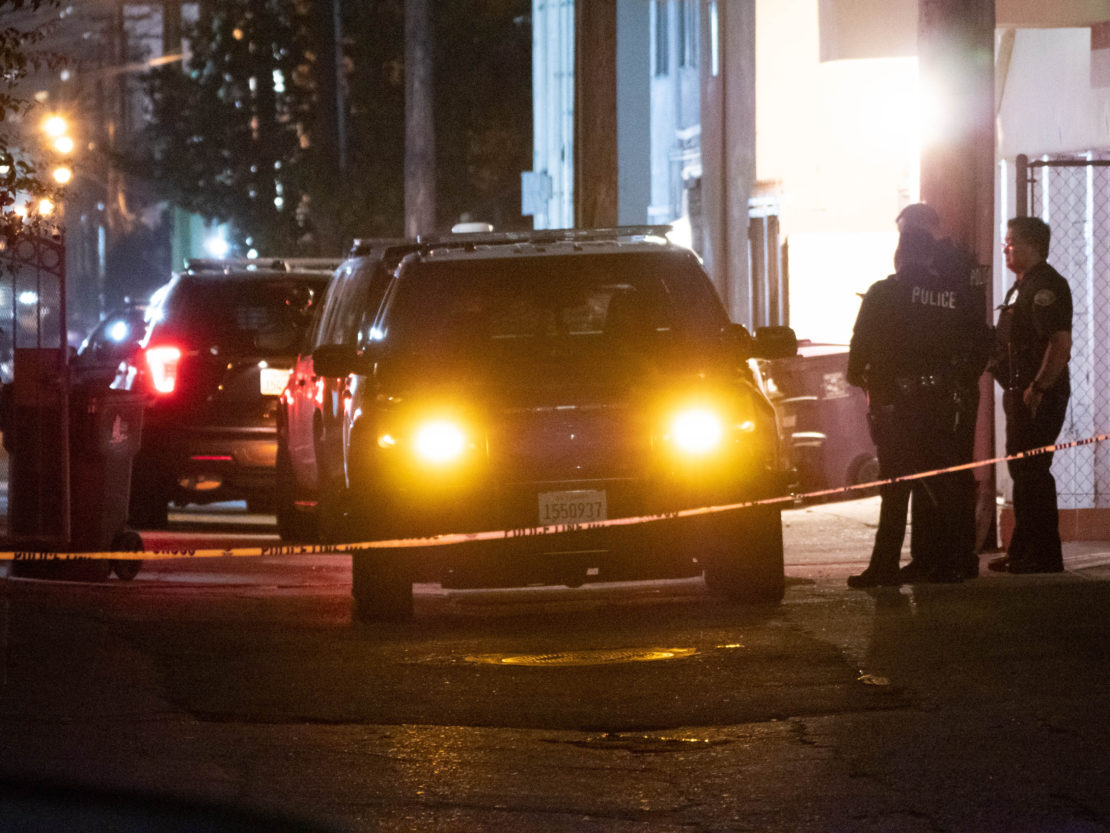 Long Beach police officers wait outside an apartment building near Cherry Avenue and Ocean Boulevard on the early morning of July 21, 2020. Photo by Steven Smith.

Police tried calling out to the man, but he didn’t answer, so they surrounded the area and called in SWAT officers, according to the LBPD.

SWAT officers entered the complex around 7:30 a.m. through the front of the building, and through the garage using a black van. They found the man dead from a gunshot wound that appeared to be self-inflicted, Garcia said. 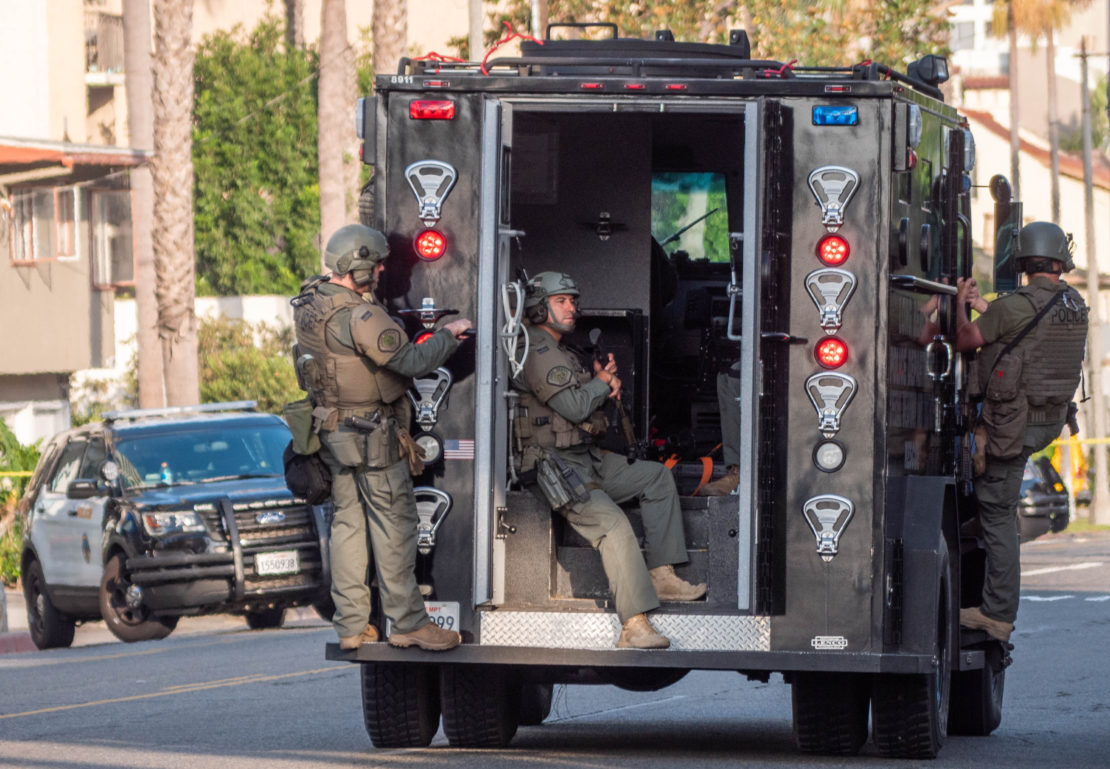 Police said they called in SWAT after the man fired shots and retreated into the parking garage area of a building. Photo by Steven Smith.

Police haven’t been able to find anyone else who was hurt by the gunfire. They’re still investigating why the man started shooting, Garcia said.

Police have not identified the man publicly, pending notification of his family.

During the standoff, streets were closed between Hermosa and Junipero avenues and Ocean Boulevard and Broadway until almost 8 a.m.

Steven Smith and Jeremiah Dobruck contributed to this report.