On Sunday, July 12 at around 2 p.m., 65-year-old paletero Bernardo Nuñez took a break riding around in his bicycle cart by a discount store on 53rd Street and Long Beach Boulevard, to buy some napkins and a soda, leaving his cart outside. When he stepped back out of the store, he dropped his items on the ground, realizing that his cart was gone.

“It felt horrible,” he said in Spanish.

Alerted to his story, local nonprofits put a GoFundMe together to replace Nuñez’s stolen cart and give him a little extra money toward retirement. 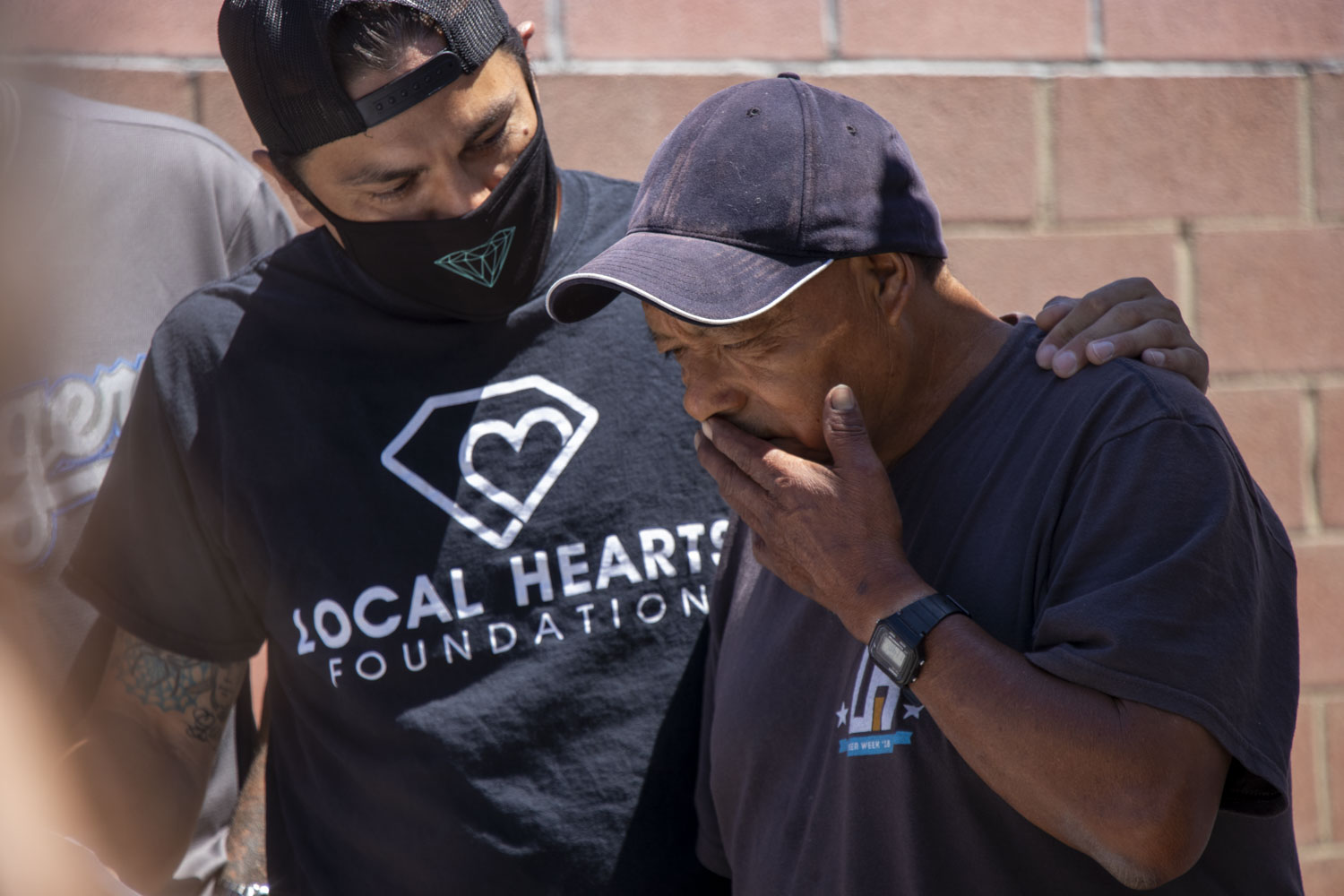 Two weeks after someone stole his popsicle cart, Bernardo Nuñez, 65, gazes upon a new cart locals bought him outside his home in North Long Beach on July 20, 2020. Photo by Crystal Niebla.

Tito “The Hood Santa” Rodriguez, member of the Local Hearts Foundation, heard about the incident happening in his neighborhood from a friend and asked to see Nuñez.

“When I met him, it kinda crushed me,” said Rodriguez, describing the sadness in Nuñez’s face.

So that Nuñez could keep the full $10,000 raised, Rodriguez and the Never Forgotten Foundation spent $1,600 for another bike cart. On Monday, an entourage of supporters surprise-delivered it to Nuñez at his home in North Long Beach. He took it for a little spin down the block.

HJ Chong, another member of Local Hearts, said he and his colleagues are trying to help street vendors any way they can, especially during the coronavirus pandemic. They distribute PPE to street vendors to support their safety, but after seeing posts go viral of vendors getting robbed or assaulted has pushed him to make public stands against the violence. 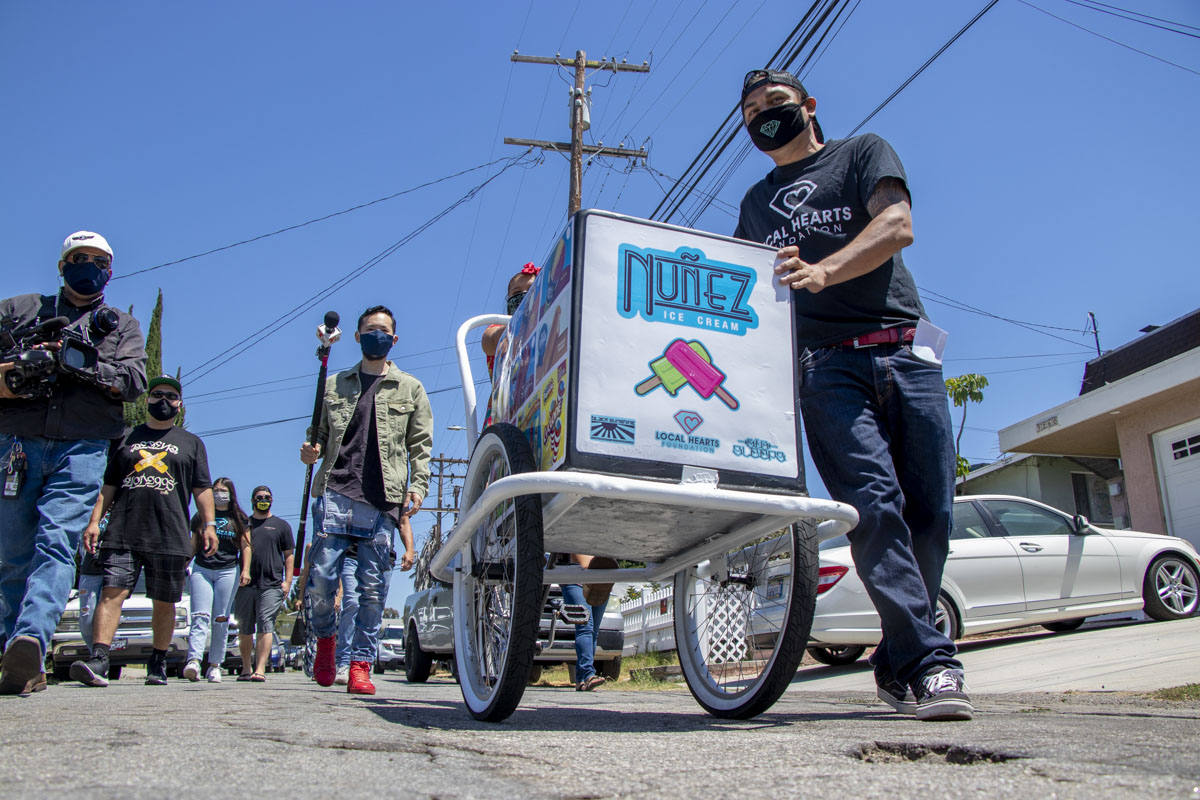 “This has been going on for years, but because of social media, it’s finally coming to light,” Chong said.

Unfortunately for Nuñez, the theft of his cart wasn’t the first time he’s been targeted or put in danger.

Five years ago, Nuñez said he was violently robbed of $150 around Artesia Boulevard and Atlantic Avenue. Police were able to catch the suspect and return the money, he said. Last year on Long Beach Boulevard near Del Amo Boulevard, someone threatened him with a knife, but he was able to escape. Last January, a Mini Cooper hit him on Pacific Coast Highway and Magnolia Avenue that resulted in him losing two teeth and having to get stitches over a horizontal laceration on the right side of his mouth; he didn’t file a police report.

Nevertheless, Nuñez said he will continue to work.

“The only thing I do [differently] is I come back earlier,” he said.