Algalita brings plastic pollution research to classrooms • Long Beach Post News
- ADVERTISEMENT -
Help shape our election coverage. Tell us what issues are most important in your community, your neighborhood and your home. >>>Take the survey here.<<<

Nowadays, Algalita, a local marine research organization, is focused largely on bringing plastic education to high schools, but that wasn’t always the case.

When Algalita was founded in 1994, it was dedicated 100% to research on kelp restoration. That all changed in 1997, when founder Capt. Charles Moore discovered a build-up of plastics in the Pacific Ocean, deciding to pivot Algalita’s research toward plastic pollution and its harmful effects.

Over the years since then, Algalita remained primarily focused on the research aspect, specifically about microplastics in the ocean and macro debris on land, but by 2008, it began slowly shifting toward the educational route, with Katie Allen joining the organization as an education director in 2011.

Soon after beginning her position, she found herself receiving calls from teachers every day requesting learning materials.

Situated between the L.A. and San Gabriel Rivers, the city’s beaches are a hotspot for plastic pollution, according to Allen.

Allen jumped right in with writing grants, and Algalita began to develop its first teaching kits to distribute to classrooms.

Meanwhile, Algalita’s research expanded to focus on nanoplastics (particles that can only be seen with microscopes, and are found in the air and water as well as various products such as beer).

“We would do expeditions every four or five years with an idea of monitoring the area for decades, and it’s really hard to find many people who will invest in something that doesn’t really have that immediate result,” said Allen. 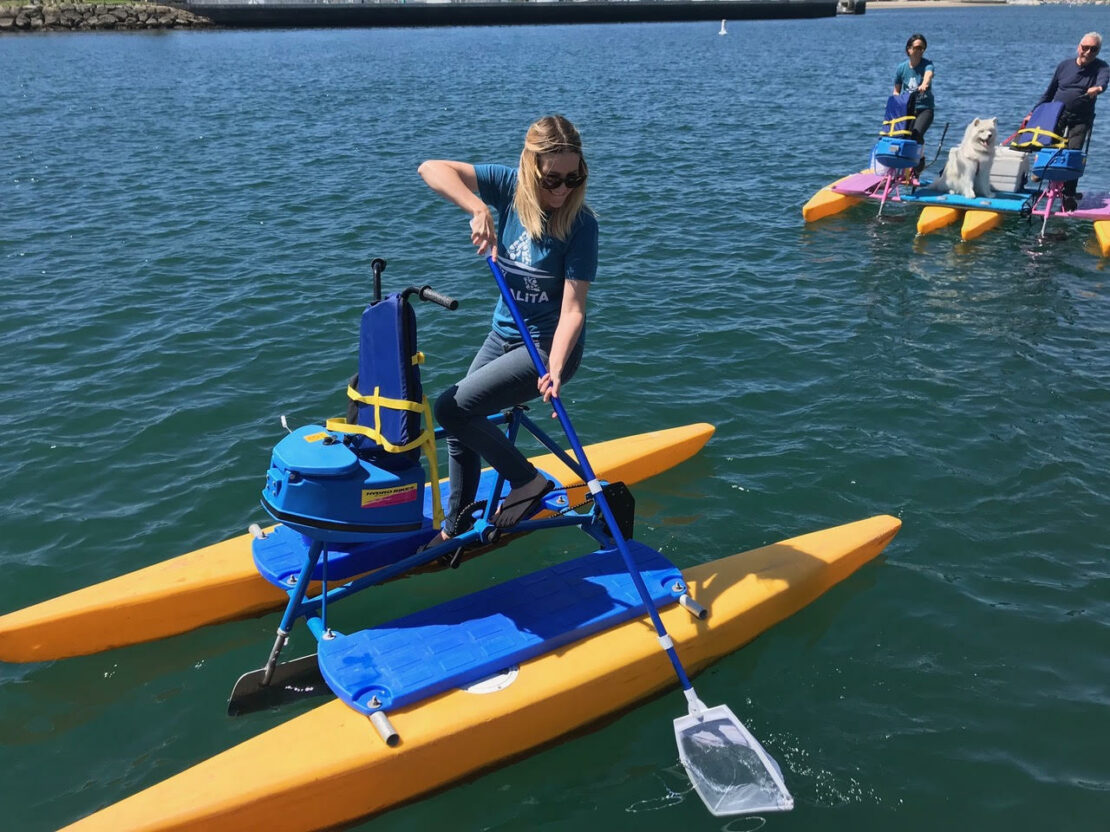 Allen realized that in order for Algalita to continue to thrive, a new need had to be fulfilled: The gap in education specifically surrounding plastic pollution.

“Algalita really tends to dig into the systemic nature of why it’s happening and embrace the complexities of the solutions,” said Allen.

Algalita hasn’t completely abandoned its research side though; in 2020, a partner organization, Moore Institute for Plastic Pollution Research was created to focus primarily on nanoplastics research, and its lab can be found right next to Algalita’s office and zero-waste store, run in partnership with business owner Julie Darrell, BYO Long Beach.

“With every new wave of students that comes in, it’s just like a new generation of people to educate, it’s incredible. The need is always there and it just seems to continue to grow every single year,” she said.

In some instances, young students are even given the opportunity to interact with scientists and use equipment normally only available at a university level.

While classrooms have been largely located within Southern California, Algalita has given virtual presentations to classes across the United States, and has even brought students together from all over the world to work on plastic pollution projects within their communities, through the International Youth Summit event. Algalita’s leadership programs have helped launch over 146 waste reduction campaigns in schools spanning 24 countries. 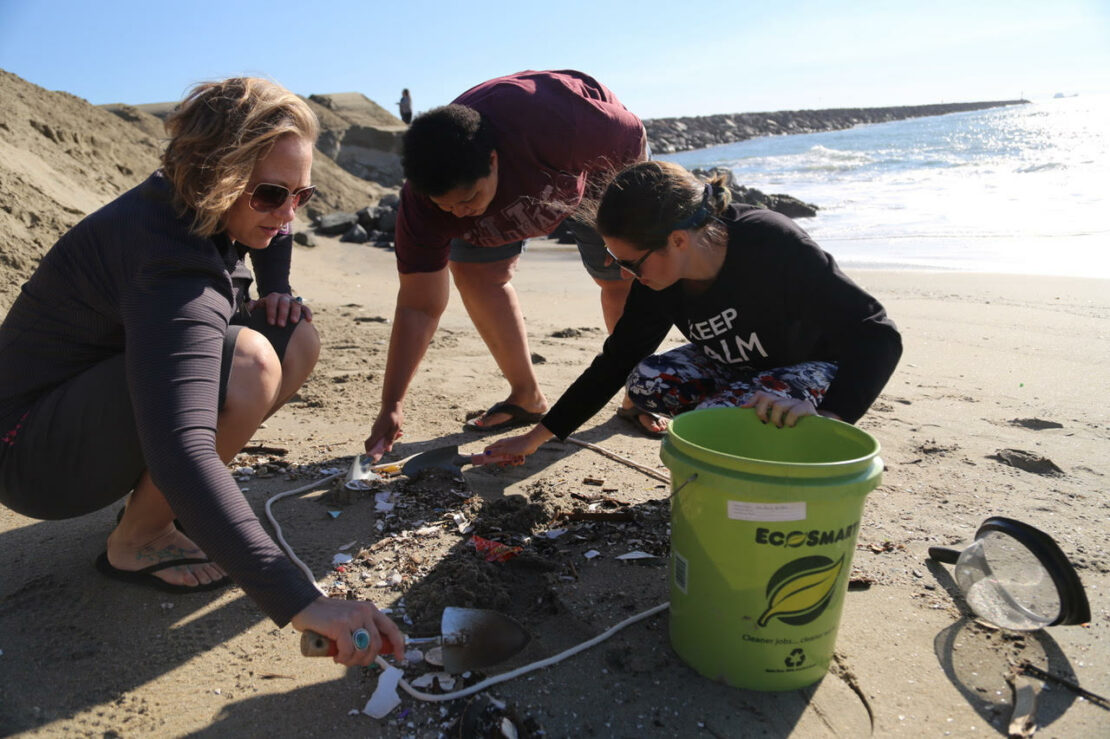 The last International Youth Summit was in February, 2020, and Allen is not sure when the event will return, due to the pandemic.

To continue expanding Algalita’s reach, this year the organization is working to create a more robust series of teaching kits that can aid classroom learning, said Allen.

Considering how Algalita’s educational program is “very experiential,” said Allen, with such a huge focus on working directly in classrooms and with teachers, the pandemic required a rethinking and reinvention of how to continue.

One way Allen hopes to revamp the curriculum is to introduce more of the policy side to students, so they can understand how solutions work and how science supports policy, along with the relationship between scientists and policymakers, she said.

More of an emphasis will be placed on Algalita’s online programming, The Wayfinder Society, and Allen hopes to build it out even broader this year with a larger focus on how teachers can better utilize it.

Along with coping with the shift to virtual programming, the pandemic brought on a new problem for Algalita: a return to heavy plastic use.

Prior to the pandemic, “the movement was peaking,” said Allen.

“In 2020, it seemed like plastic pollution was not at the forefront of people’s minds anymore—and of course, it wouldn’t be, we have this pandemic and it’s scary and people are essentially just trying to survive,” she said. “It was really a challenging time for people who have worked so long and so hard to get the idea of reuse at the forefront of businesses’ and individuals’ minds.”

While Allen has observed that the movement has started to pick up momentum again within the past six months or so, it is still a slow uphill battle.

But in the meantime, Algalita will continue looking for innovative ways to connect students and teachers to the movement, especially as nanoplastics research continues advancing.

“We’re really excited to break open the education space . . . and start getting (students) excited about learning about the complexities and also being forward thinking,” said Allen.  “The science is still so new, so it’s going to be really interesting to kind of do a deep dive and see how we can start creating education programs around that.”