Officials Wednesday night revealed renderings for a multi-city redesign of Artesia Boulevard that includes a new mural and other quality of life improvements to increase pedestrian activity and safety.

The $20 million project would include work across the east-west thoroughfare that spans multiple cities, including North Long Beach. The project is expected to break ground this winter, Eric Lopez, the city’s Public Works director, told residents gathered at the Doris Topsy-Elvord Center at Houghton Park.

Multiple regional committees, including the Gateway Cities Council of Governments in Los Angeles County, selected the Artesia improvement project as the No. 1 regional project out of 25 others to support following a transportation plan that began in 2012.

“We are talking about a $20 million plus investment,” Lopez said. “That doesn’t happen every day, every decade—literally once in a generation.”

So far, planners have secured roughly $12 million from Metro funding and Measure R—a state ballot initiative from 2008 that was approved by voters to pay for transportation projects. Planners are confident the remaining $8 million will soon be allocated as well.

The designs exhibited during the meeting emphasized pedestrian safety crosswalks and street improvements to control traffic. The plans called for aesthetic art murals that run along the middle and sides of the road. 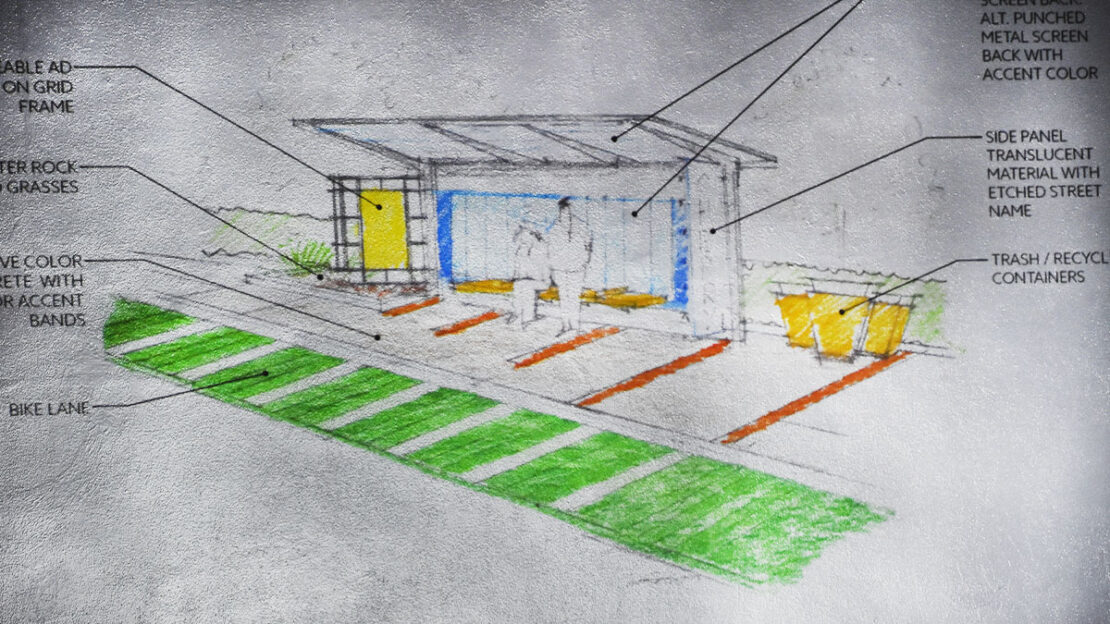 A proposed design of bus stops that will be included in road improvements along the Artesia Boulevard in North Long Beach shown during a slide presentation at Houghton Park on Wednesday, July 28, 2021. Photo by Sebastian Echeverry.

Carl Hickman, a senior traffic engineer with Long Beach Public Works, said 12 traffic signals will be upgraded and some intersecting streets will include turning lights to enhance motorist safety.

Hickman added that CCTV cameras for traffic management will also be installed in order to monitor traffic from traffic control headquarters in Downtown.

“We can monitor things to make sure traffic is flowing safely,” Hickman said. The improvement project will include shaded bus stops and protected bicycle lanes. Near the end of the redesign construction, the street will be repaved and repainted as well, planners said.

Councilman Rex Richardson, who oversees the area of North Long Beach that includes Artesia Boulevard, said the street projects will also give the neighborhood a sense of pride.

“Today we can finally show you the great Artesia Boulevard project,” Richardson said. “It’s going to speak to the attention and respect we deserve here in North Long Beach.”

Wednesday’s community meeting was the first in a series of public gatherings where residents will have a chance to speak with city planners and have their interests known as developments take place in North Long Beach.

Other events will kick-off next month including:

North Long Beach is about to get a major zoning update, here’s what that means