North Long Beach is about to get a major zoning update, here’s what that means • Long Beach Post News
- ADVERTISEMENT -

In practice, the rezoning ordinance should allow restructuring of Artesia Boulevard that would promote pedestrian use, such as wider sidewalks, landscaping updates, lighting along sidewalks and the introduction of a permanent bike lane that would replace the green bollards seen along other bike lanes in the city, Councilman Rex Richardson said. The rework would also lessen drive-through developments along the corridor, eliminating a vehicle-centric approach to projects in North Long Beach—an issue some community members had, according to Richardson.

“It will be one of the most consequential meetings that guides the next 30 years of what Artesia Boulevard and Atlantic Avenue will look like,” Richardson said. “It will have a major impact.” 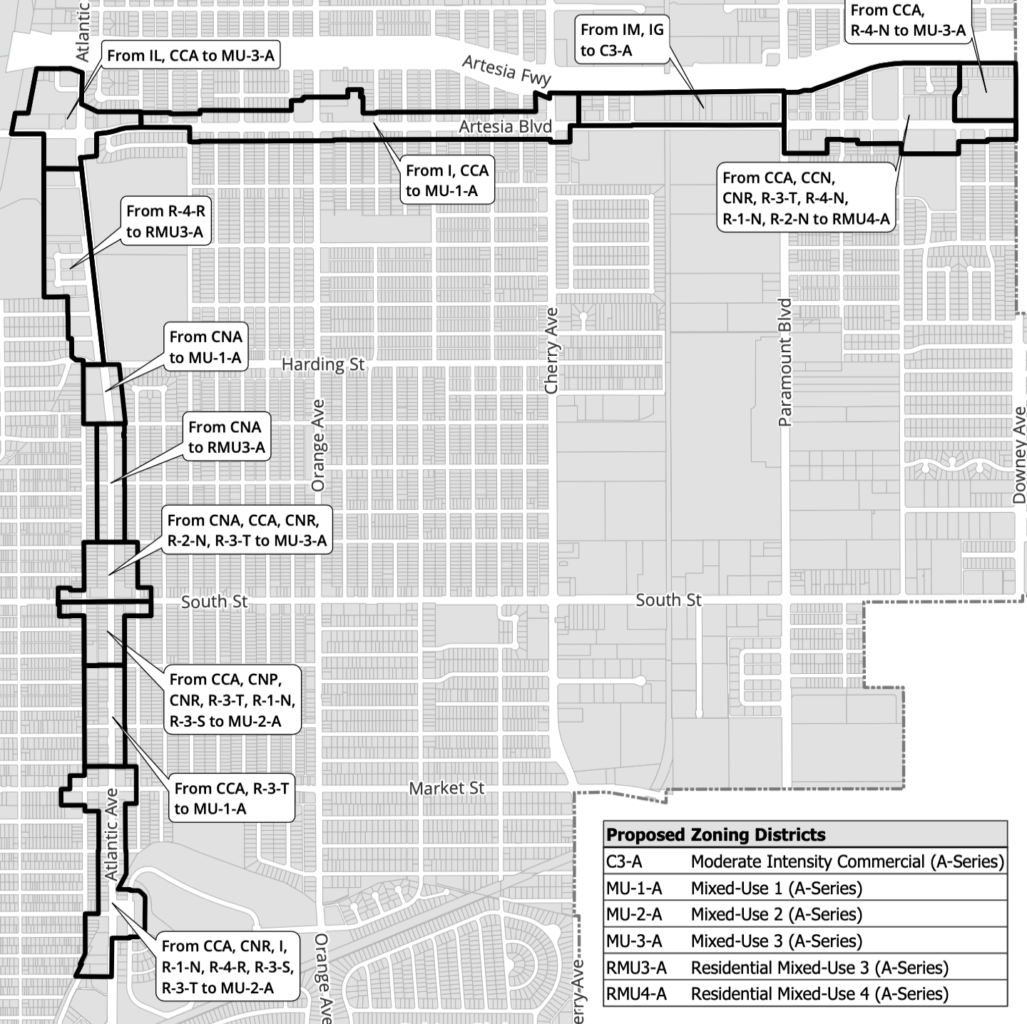 The zoning change comes after three years of public hearings as part of the Uptown Planning Land Use And Neighborhood Strategy, or UPLAN. Richardson had originally created a task force of residents and business owners to discuss what the strategy would look like. Some key members included Tom Carpenter, president of Frontier Real Estate Investments, and Yank Greenspan, president of Westland Real Estate Group—two developers who already created or are in the process of creating retail spaces in North Long Beach such as Uptown Commons.

The UPLAN zoning changes would allow neighborhoods to adapt quicker to developments produced under the city’s general land use element, which was passed in 2019.

“It’s great to see it all come to fruition,” Richardson said. “Over the next year, people are going to see some tangible changes.”

Patricia Diefenderfer, Long Beach Planning Bureau manager, who worked on the rezoning strategy said some of the major UPLAN changes included the rezoning from commercial-use only buildings along Artesia Boulevard and Atlantic Avenue to residential, commercial and mixed-use.

Councilman Al Austin, who oversees a section of North Long Beach, said the rezoning would also address housing needs. North Long Beach, specifically in the 90805 ZIP code area, houses the largest population in the city with roughly 41% homeownership, according to a 2019 community health assessment. In Long Beach, over 55% of the population spends 30% of their income on housing.

Austin said it was too soon to know the affordability of future housing projects. However, some developments already underway in North Long Beach seem to show upscale apartment dwellings and townhouses—as is the case with LAB Holding’s projects, called The Beat, near the Michelle Obama Library.

“Our UPLAN will help provide clarity for future housing and economic development in North Long Beach,” Austin said. “I am pleased to see a planning document that involved much public participation.”