Osman’s passing came 16 months after a diagnosis of advanced pancreatic cancer, a period of time where the Long Beach community seized the opportunity to honor him. Among the celebrations of Osman’s life and contributions was a well-attended renaming ceremony for the over 100-year-old Poly auditorium, which was renamed the Andrew Osman Performing Arts Center.

“We were really grateful that he had basically a living wake,” said Brian Dokko, Poly’s Director of Choral Activities for the last 18 years. “Instead of being celebrated after he moved on, he got everything he deserved before he left. There’s a lot of peace for us.” 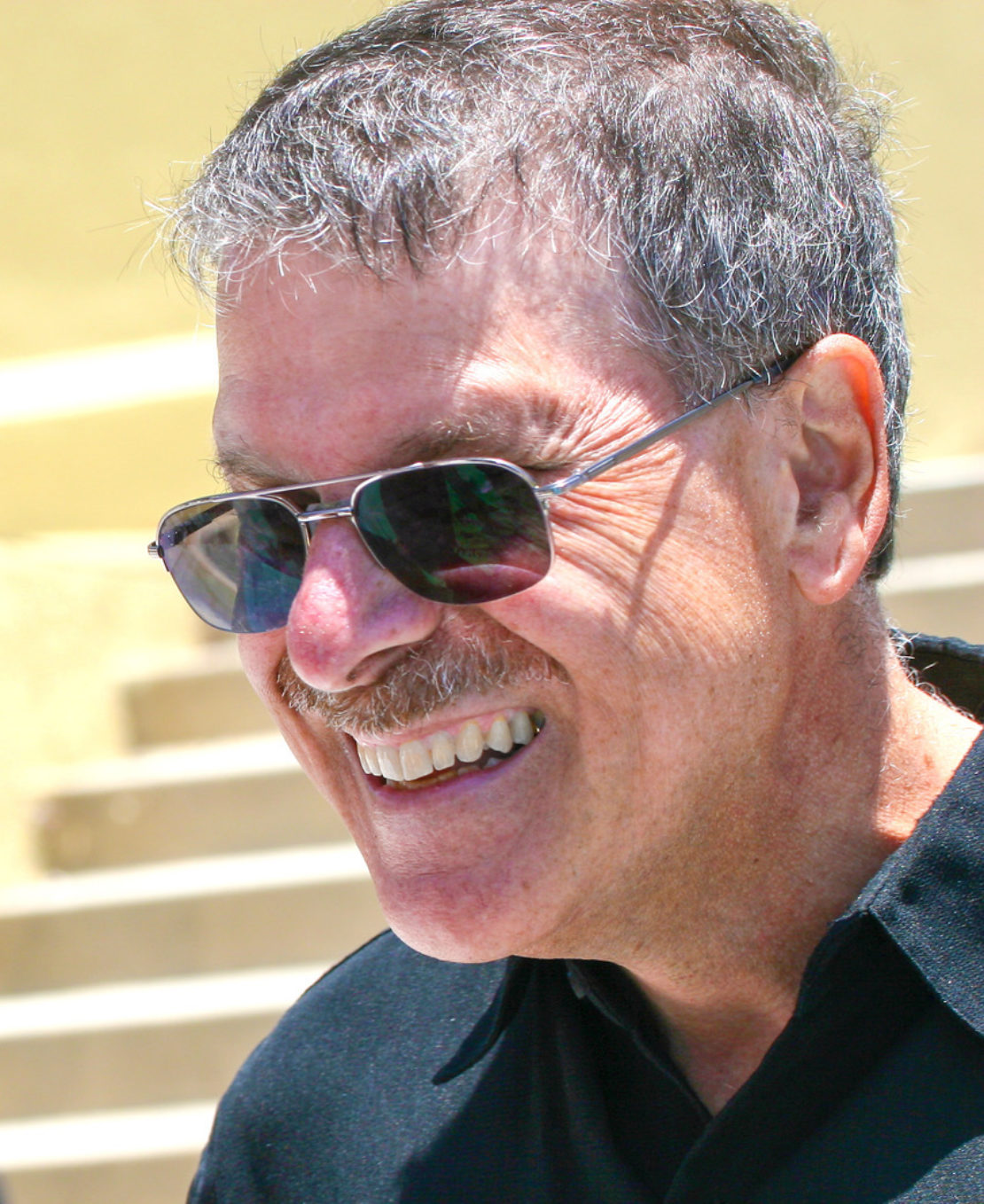 In his more than three decades of service, Osman taught thousands of Poly students and helped build the Jackrabbits’ music program into a nationally recognized powerhouse.

“He completely changed my life and so, so many others,” said former Poly musician Mandy Wainfan. “No words can do it justice.”

Osman was hired in 1983 to take over what was, at the time, a historic but flagging music program with just a few classes offered. As a UCLA music education student, Osman was looking for a high school program he could mold. An interview with future LBUSD superintendent Carl Cohn changed everything.

“Carl introduced himself and said, and this is a quote, ‘The music department at Poly is dismal,’” said Osman with a laugh in an interview for the book The History of Long Beach Poly.

Over the next 36 years, Osman and fellow teachers Chris Stevens, Dokko, Julia Gustafson and others built the program into a rare thing, restoring the luster of the city’s oldest continuously operating arts program. (The Poly music program predates even the city’s famed municipal band by more than a decade). 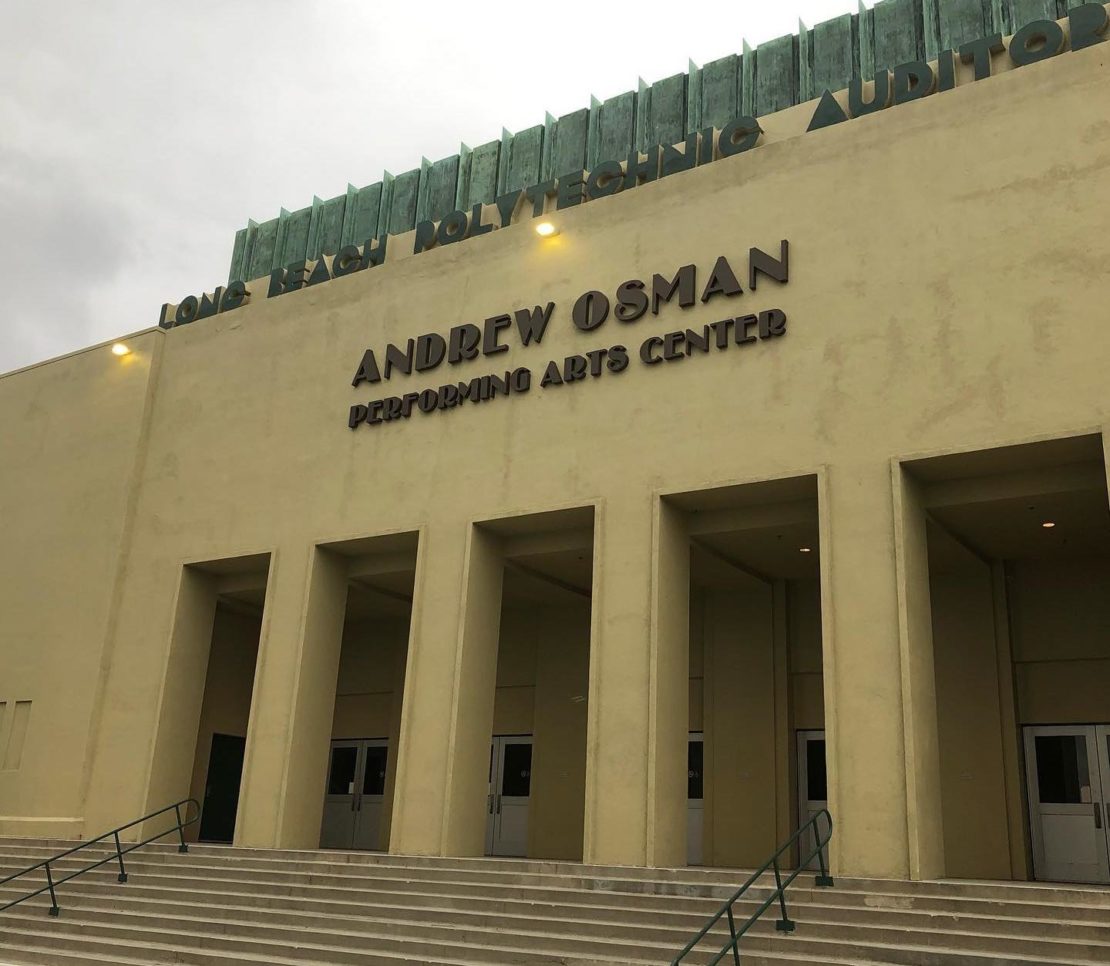 Over the last two decades, Poly won six Grammy awards for being among the nation’s best high school music programs, including a pair of Signature Gold Grammys, both of which came with actual trophies.

“I’m not a trophy guy,” said Osman. “But the Grammys are pretty cool. You feel really good about that.”

Osman also won several awards himself, although he always downplayed them.

“I really don’t like using awards or trophies as a measure of success,” he said. “It’s about the performance, about the people in the audience.”

That humility was genuine, and infused everything Osman did.

“He is the reason why the program is what it is,” said Dokko. “He took a couple of choirs and bands to a 27-course program. That was his vision and his push to expand. When we raised the money to rename the auditorium, he wanted us to donate it to pay for instruments and private lessons for students. He always said, ‘The only thing that matters is the kids.’ At every turn he reminded us of what’s important.”

He and Stevens’ jazz program also created a powerhouse that’s unique, nationally, not just for its quality but for its diversity. The success of the program had not only garnered national attention in terms of awards but in terms of recognition from prominent alums. Osman said a highlight for him was famed Poly graduate Marilyn Horne coming back to do a fundraising concert in 1989. 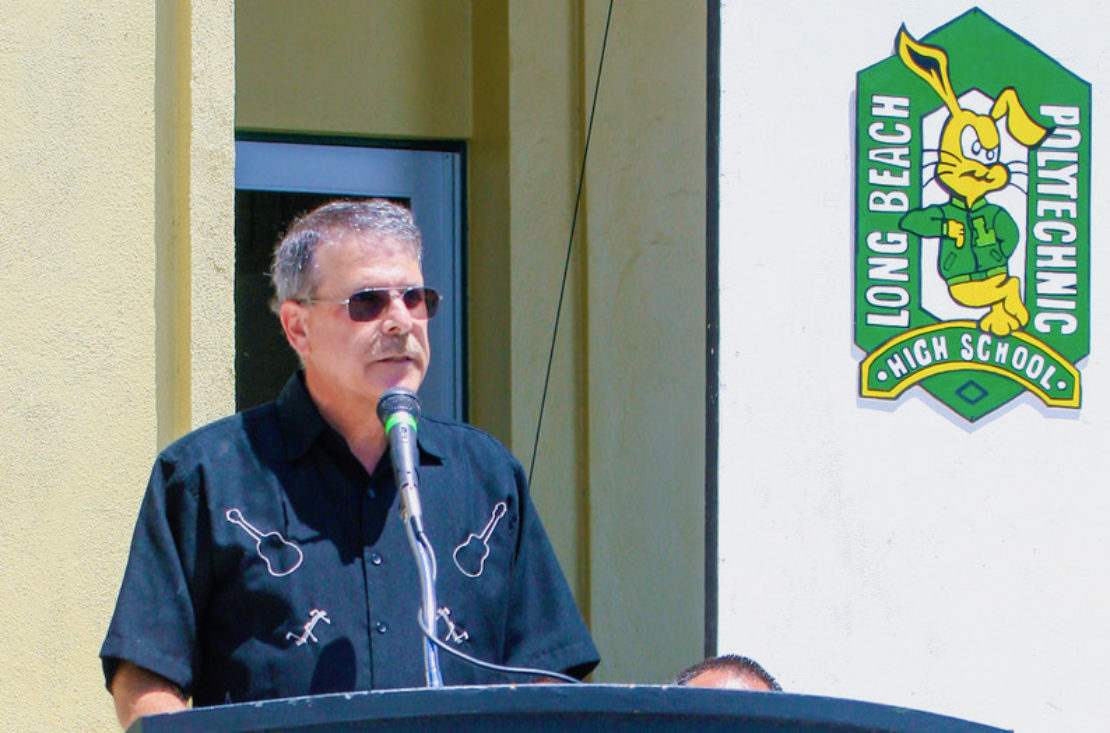 When Stevens was hired in 1996, he said Osman already had a sense of how big the commitment needed to be to continue to grow Poly’s program.

“He had been at Poly for twelve years at that point and he said, ‘This job is not a stepping stone to me,’” said Stevens. “Straight up. He’s already put in place the foundation of the program.”

Osman said the diversity and community support behind Poly made it the perfect place.

Osman is survived by his wife, Maureen Shea, and daughter, Erin.