For the first time since the pandemic hit, the Aquarium of the Pacific relaunched its Aquarium on Wheels program on Jan. 5 at William F. Prisk Elementary School in East Long Beach.

The program began in around 2002, only four years after the 1998 founding of the Long Beach aquarium. It has served about 35,000 students each year ever since, with the exception of the last two years, according to Jennie Dean, vice president of education and conservation at the aquarium.

As a component of the aquarium’s educational programming, Aquarium on Wheels is an opportunity to extend learning outside of the aquarium itself, where learners of all ages can experience some of the aquarium’s tide pool animals—including three swell sharks, giant green and strawberry anemones, urchins, sea stars, snails, hermit crabs and more—regardless of ability to visit the actual aquarium, said Dean.

Field trips can be costly, from hiring a bus to organizing chaperones, and not only does the program streamline some of the logistics, but it also allows for the same hands-on experience that students would have within the aquarium, Dean said.

“The students are getting to touch the same animals that they would get to touch here at the aquarium in our tide pool and touch tanks, and just be steps away from their home classroom,” Dean said.

The relaunch of the program comes with some needed upgrades to the truck, including the back part of the vehicle where the animals live, along with adding imagery to its interior, which both creates the feeling of being underwater, while also identifying the sea life, according to Dean.

“We turned sort of the negative of closure into a positive, by updating the life support systems and exhibit spaces,” Dean said. 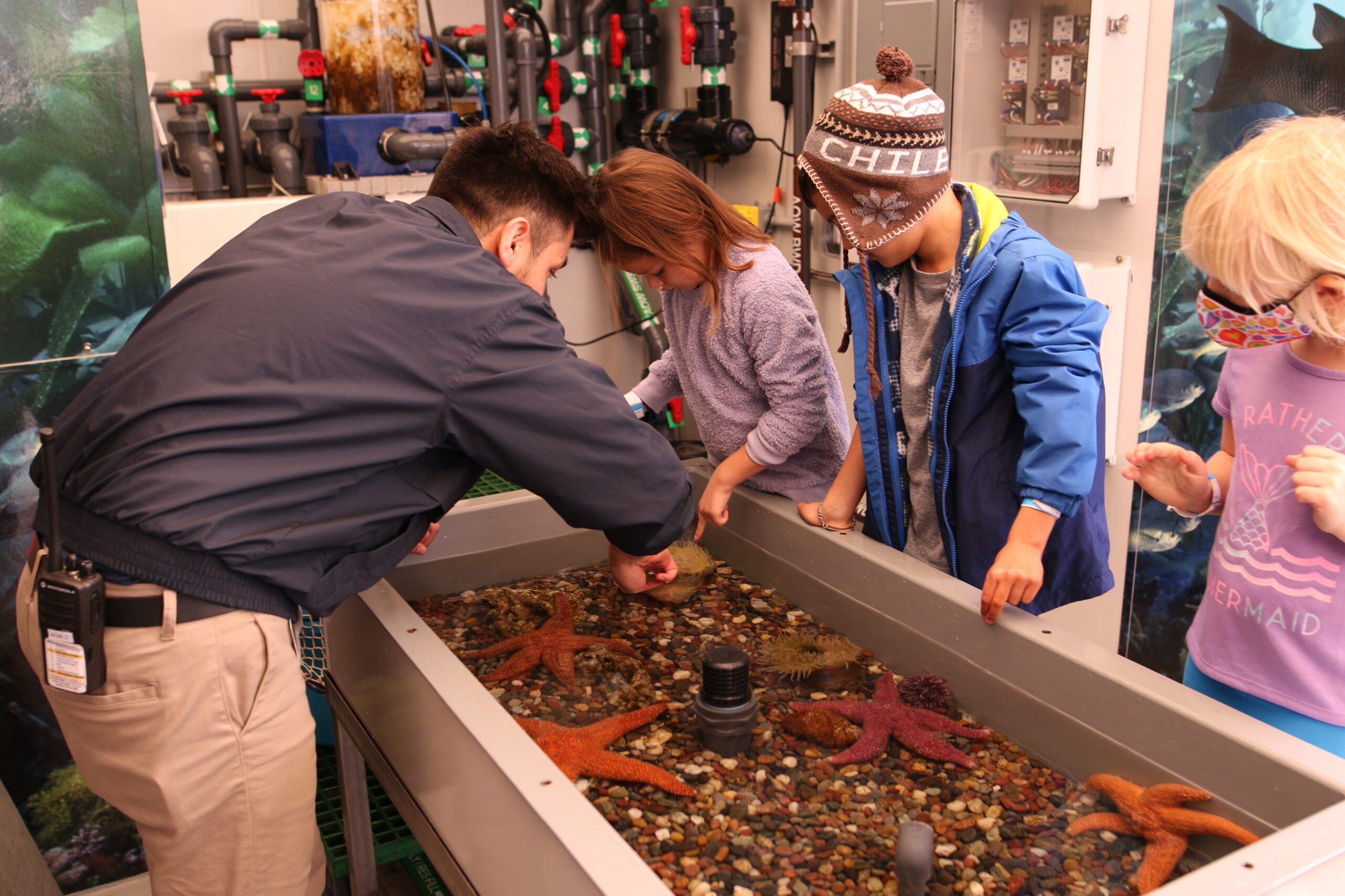 The aquarium’s educational content largely focuses on making STEM—or science, technology, engineering and math—content accessible, allowing anyone of any age to feel like they’re a part of the scientific process of inquiry and exploration, Dean said.

“All of the lesson plans really do expose students to how to think about what they’re observing in the natural world, and sort of see themselves as a scientist—not that that means that they have to go up and become a scientist professionally, but that they feel comfortable talking about these topics and seeing a part of themselves, at least, in the scientific world,” Dean said.

While the program is typically for pre-kindergarteners through eighth graders, the truck does make appearances at other events that can target older audiences, including at festivals, birthday parties or at public libraries, and the program can be tailored, Dean said.

The truck can travel up to 75 miles away from its home location at the Aquarium of the Pacific, which can mean as far as Malibu or down to Oceanside and all the way out to parts of San Bernardino, Dean said.

“Being able to travel those 75 miles away, we’re closer and reach students that haven’t had the opportunity to come visit our actual facility and sometimes haven’t even had the opportunity to visit the ocean itself,” Dean said. “We do have the experience, on occasion, to give students their first exposure to what lives in the ocean in a more hands-on and applied way.”

About 25 schools are currently booked for the remainder of the school year.

“Obviously, I love the ocean—I work for an aquarium. I want everybody to love the ocean just like I do,” Dean said. “So hopefully, this experience, especially at a younger age, might inspire some future ocean professionals.”