At this maker festival, the art and crafts for sale have personal stories • Long Beach Post News
- ADVERTISEMENT -
Help us light up the city; Add your home to the 2022 Holiday Lights map. CLICK HERE

Artist Janina Casanova had recently gone through a divorce when she decided to leave her home in Southern California and travel the world.

For nearly four years, Casanova explored the Philippines, Sri Lanka, Vietnam and Portugal before settling in Australia, where she immersed herself in vibrant surfing culture, she said.

“Then I ran out of money, came back home, and then had a baby,” Casanova said. “And then I just wanted to express myself.”

“This is my other COVID baby,” she said. 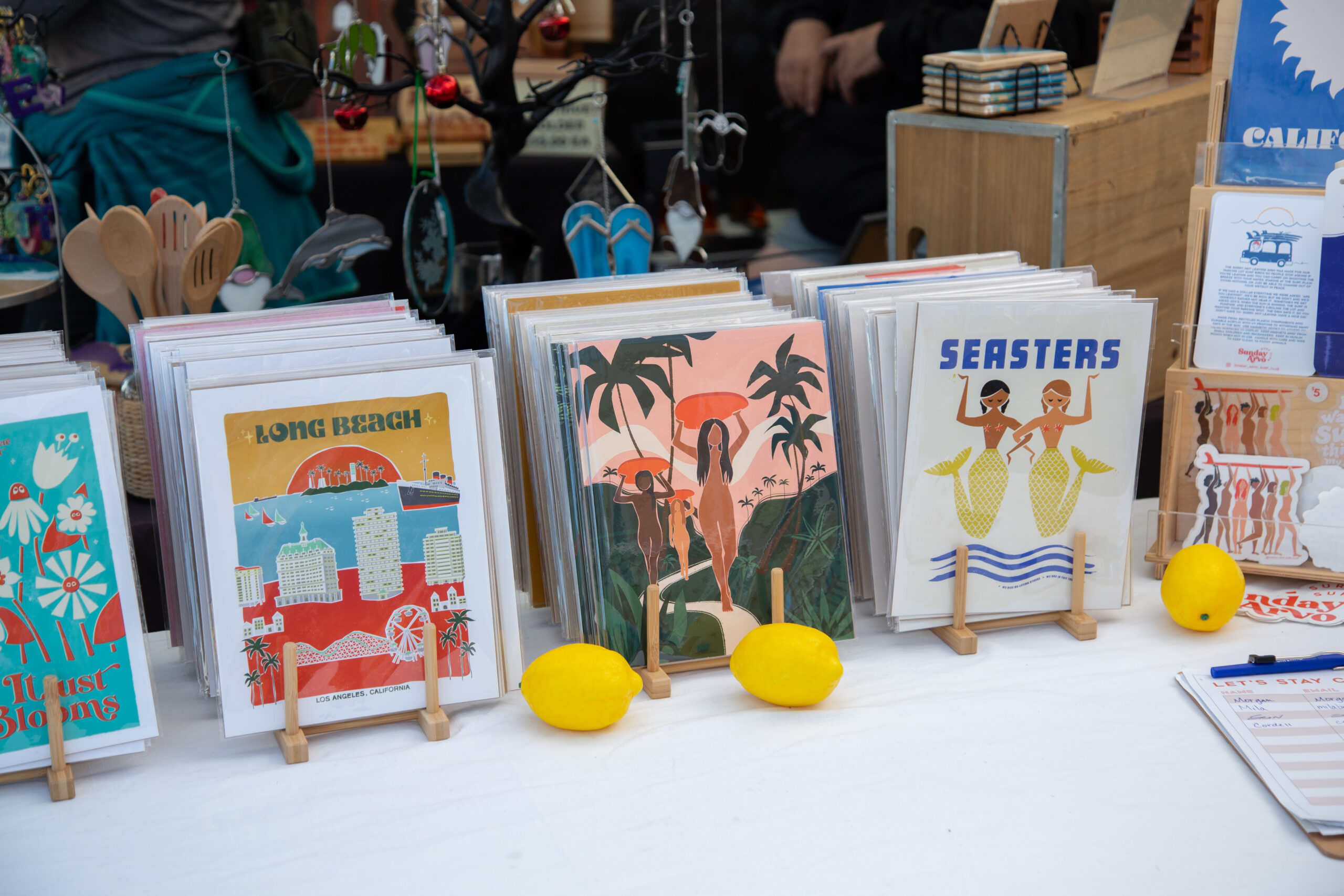 Janina Casanova displays her surf-inspired art with lemons, as a reminder of “making lemonade out of lemons,” she said. Photo by Tess Kazenoff.

Full of brightly colored, vintage-inspired clothing, prints, and lifestyle goods inspired by her time in Australia and the women that have supported her throughout her journey, everything is designed to be “an ode to that time period of my life,” Casanova said.

Casanova was one of over 200 vendors at Dear Handmade Life’s biannual Patchwork Show Makers Festival on Nov. 13, where visitors shopped for everything ranging from jewelry, apothecary items, pottery, gourmet food and more.

All of the event’s vendors are selected through a jury process, so that participating artists represent a variety of product types and styles, explained event organizer, Spaulding, who goes by just her last name.

The festival, initially founded in 2008 by Nicole Stevenson and her aunt, Delilah Snell, began in Santa Ana with just 25 vendors, before expanding to five California cities: Tustin, Oakland, Santa Rosa, Ventura, and of course, Long Beach, which is the largest of Dear Handmade Life’s events.

“All of our locations have their own sort of flavor and their own vibe, and Long Beach really always embraces creative makers in a way that a lot of other places just don’t,” Spaulding said.

When the event was created, there were not many similar crafting events available, and the idea was to foster a sense of community for artists, Spaulding said.

Next season, there are plans to expand at even more locations, Spaulding said.

While some participating businesses, such as Casanova’s, are relatively new, other business owners have been honing their craft for years, such as Betsy Bothell, who creates mosaic art from sea glass and repurposed wood, typically old fencing.

“I started collecting my sea glass 21 years ago, and I just kind of became obsessed with it,” Bothell said. “About eight years ago, when my husband and I moved in together, he was like, ‘You have too much sea glass, do something with this.’” 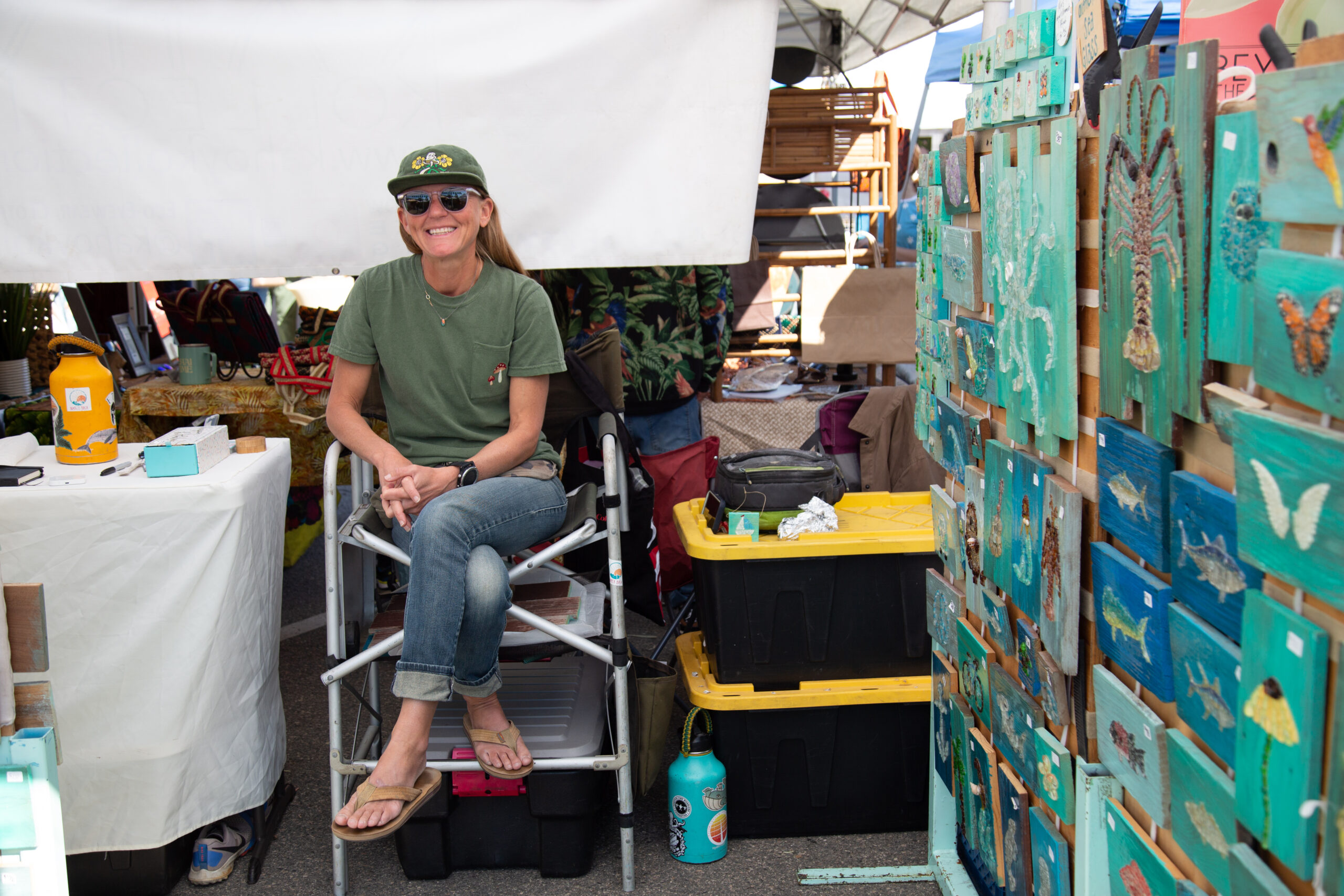 Bothell’s first project was a mosaic sea turtle, and it wasn’t long before her business, Marea Baja Designs became her full-time job.

“I get to collect all the sea glass and have the hunt of that … but then on a daily basis, I’m actually interacting with it again,” Bothell said. “Most of the time, you just get your sea glass, you put it in a jar, and it just sits there for the rest of time, and this way, I’m constantly re-seeing the pieces and getting to put them together in cool ways and sharing them with other people.”

For Bothell, events such as these provide the majority of her business.

“I do a little bit of online sales, but I think my artwork is something that you really need to see in person to appreciate it and understand what it is. Photos don’t always do it justice,” Bothell said.

For Christina Hsu, who has created floral decor and hair accessories since around 2013, it wasn’t until recently that she started attending in-person events such as the Patchwork Show.

“I feel like ever since the pandemic happened, people are ready to feel more of a sense of community, and people want to come out and just interact in real-time instead of just buying online,” Hsu said.

“The best part is, when I braid this into a girl’s hair …  and they look at themselves in the mirror …  they get so happy,” Hsu said. “They have the biggest smile on their face, and that’s really what motivates me to come back and do in-person events.” 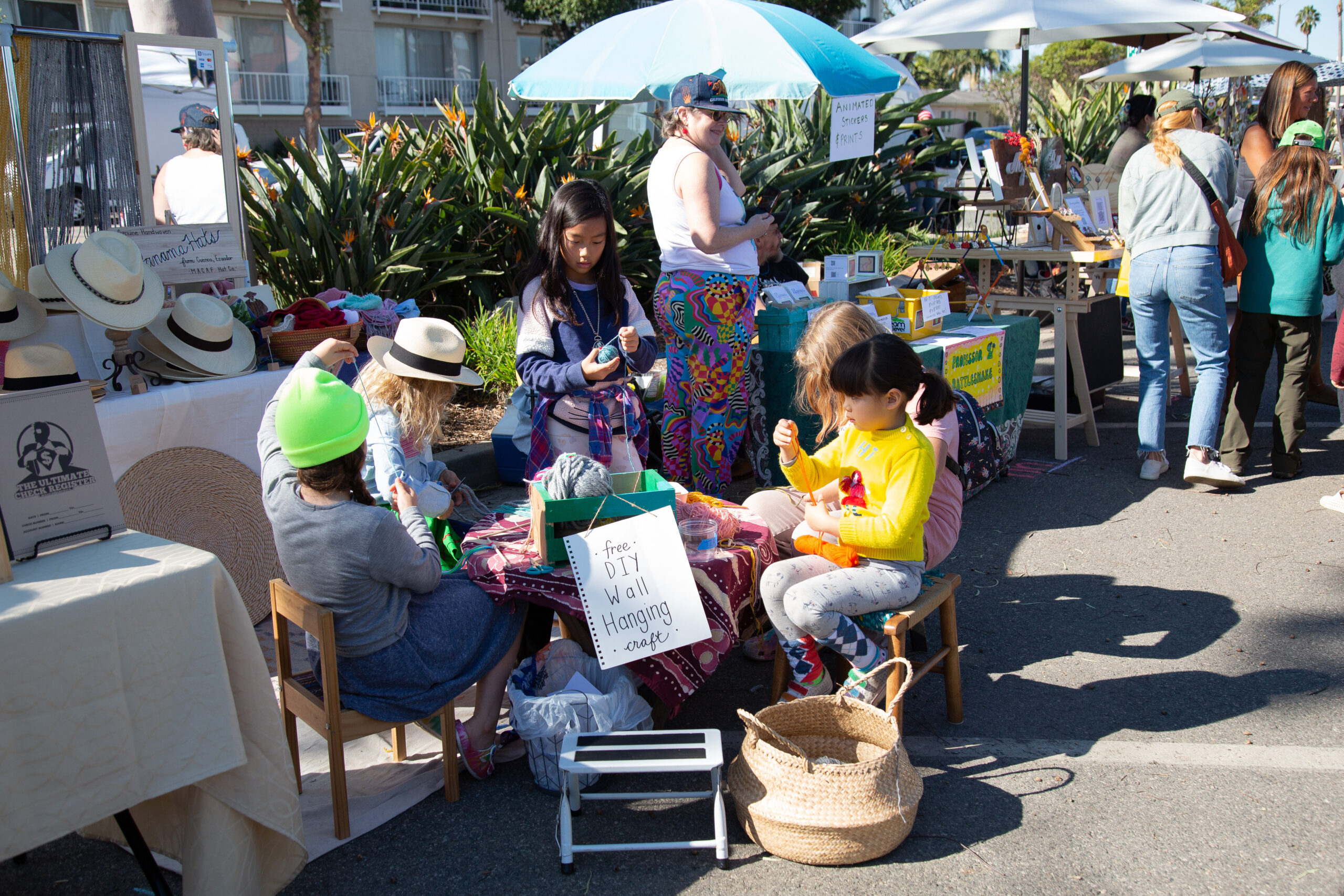