Calls are mounting for officials to take action after a school safety officer shot 18-year-old Mona Rodriguez in the head near Millikan High School earlier this week, leaving her brain dead.

As her family prepared for the hospital to remove Mona from life support, they demanded the officer be criminally charged.

“I just want justice for my sister,” her brother Oscar Rodriguez said Friday at a news conference outside Long Beach Memorial Medical Center. “No family should ever have to go through this.”

The Rodriguez family said they’d made the difficult decision to donate Mona’s organs, meaning she’ll likely be taken off life support over the next few days as the hospital finds recipients.

“We know she would want to help others,” said her brother Iran Rodriguez.

Police say the school safety officer shot Mona after breaking up a fight that she initiated with a 15-year-old girl, whom she knew. Mona’s boyfriend—20-year-old Rafeul Chowdhury—and his 16-year-old brother were also allegedly involved in the fight.

When the trio tried to flee the scene in a gray sedan the officer fired, police said.

In videos posted on social media, the school safety officer can be seen standing by the car’s passenger-side front window when it lurches forward and turns closer to him as it speeds past. As the car pulls away, there appears to be the sound of gunshots.

Mona, who was in the front passenger seat, was the only one wounded. Medics rushed the young mother, who has a 5-month-old son, to the hospital. Doctors soon determined she was brain dead.

The Long Beach Unified School District on Friday said the officer, identified as Eddie F. Gonzalez, was hired with the district on Jan. 10, 2021.

The family’s lawyer, Luis Carrillo, called for the state attorney general to prosecute the case, taking over the investigation from the Long Beach Police Department and the Los Angeles County District Attorney’s Office.

“This man has no business carrying a badge and a gun,” he said. 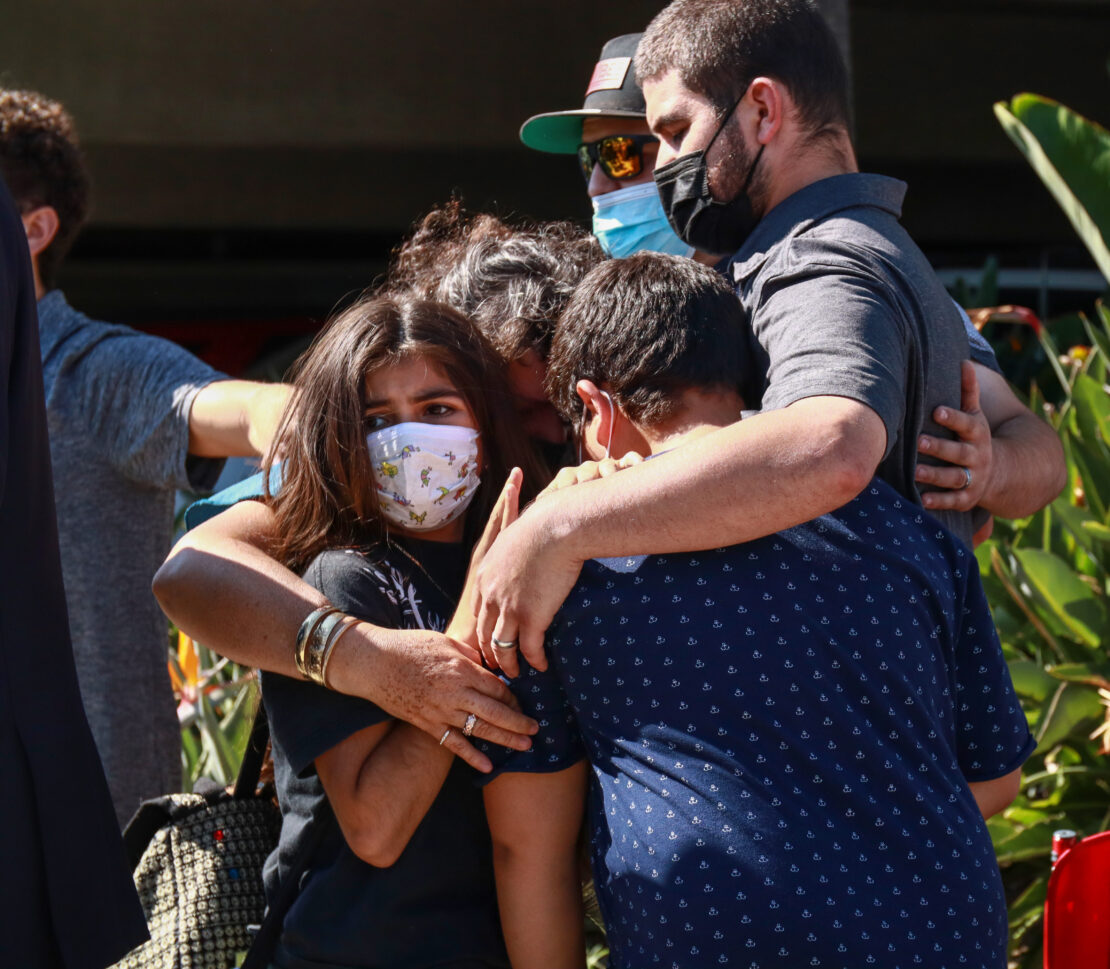 Other voices have joined in the outrage as well.

On Friday morning, city crews worked quickly to scrub graffiti from a wall near the scene of the shooting that said, “Justice for Mona” and “kill killer cops.”

And local activist Najee Ali said Chowdhury is planning a protest outside of the Long Beach Police Department headquarters Sunday afternoon to call for justice for the mother of his child. The Rodriguez family on Friday said they are not involved in the protest. 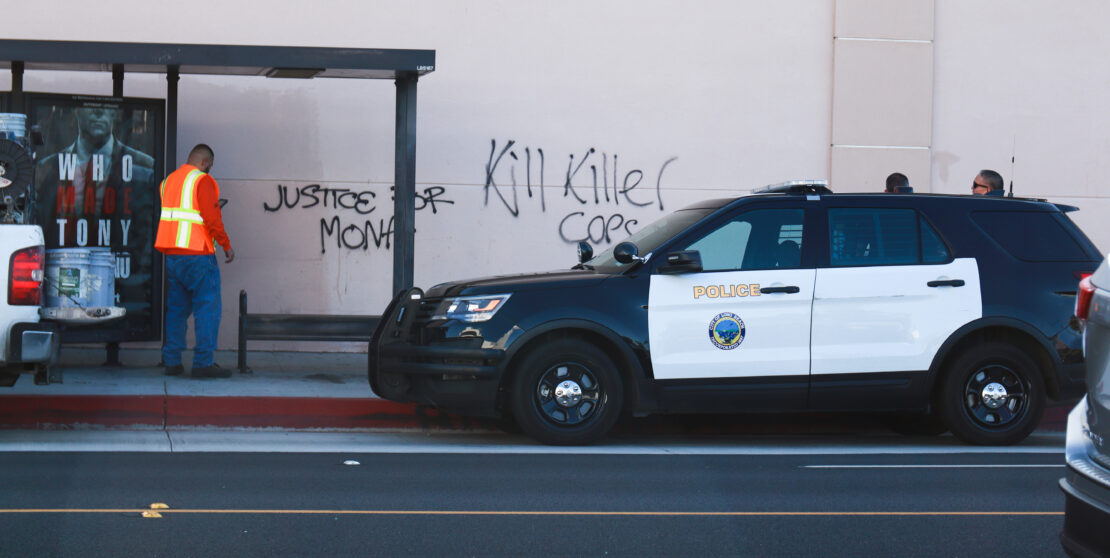 The city took down graffiti sprayed onto the side exterior wall of Rite Aid on Spring Street and Palo Verde Avenue Friday morning, Oct. 1. Photo by Cheantay Jensen.

In statements Thursday, Mayor Robert Garcia and the city of Long Beach both called the shooting “horrific.” The city statement also distanced the city from the officer, emphasizing that, “The school safety officer is not an employee of the City of Long Beach and is not a Long Beach Police Officer.”

School safety officers are employed by the Long Beach Unified School District. They are not full-fledged peace officers like those employed by police departments, but they do carry guns and work closely with Long Beach police. Unlike police officers, they do not investigate crimes or arrest people.

The school district’s policy governing when its safety officers are allowed to use deadly force explicitly bars them from firing at moving vehicles or fleeing suspects. 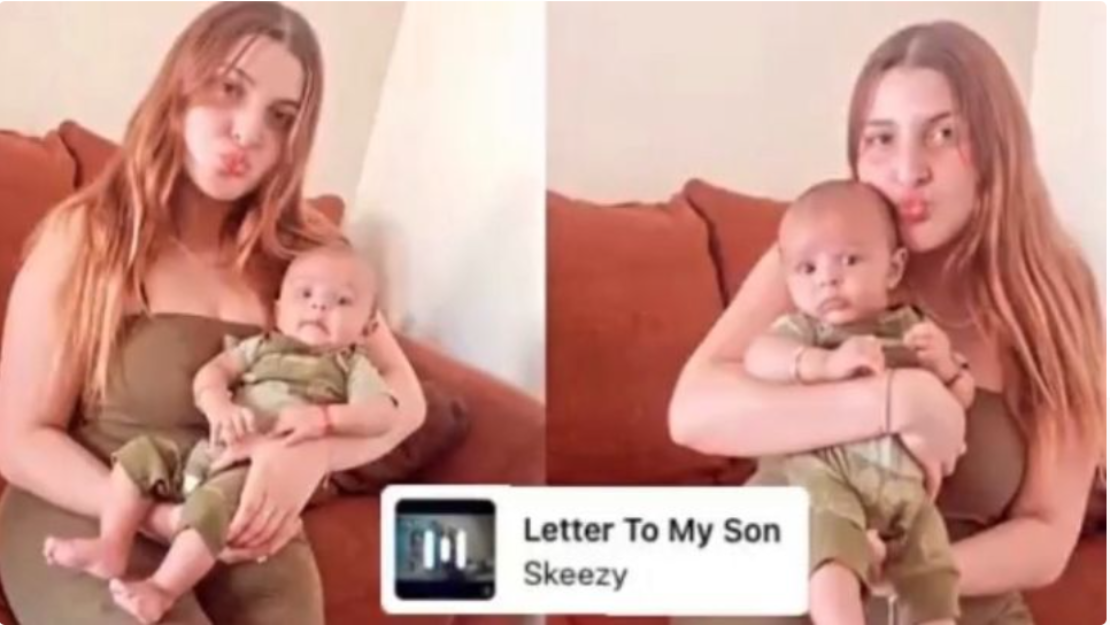