“I didn’t even have any other details,” said Harlin. “I was like, don’t even explain to me anything else, I’m saying yes.”

In 2018, McGill-Soriano began working through the logistics of creating the nonprofit organization they both envisioned, while Harlin took on the role of networking and spreading the word.

Slowly but surely, Books & Buckets began to form, as they fine-tuned the details and worked to raise the necessary funds.

After the pandemic caused further delays, the program welcomed its first round of 29 children between the ages of 11 and 18 to the summer youth academy last year, bridging basketball with academic development and empowerment.

“You see the development of these kids, you see their confidence grow week by week, and it was just one of the one of the most amazing things I’ve seen in a while,” said Harlin, who is the nonprofit’s youth development director.

A main focus for the kids in the program is establishing confidence, said Harlin, and this is emphasized both on the court and through assigned reading, that the kids discuss before each weekly practice.

“The mental part of it, the learning about your neighborhood and the things that you can do, and the brainpower that goes along with being a student athlete, that’s something we stress to kids,” said Harlin. “If you don’t have the book part, you can’t have the basketball part.”

Harlin hopes that from Books & Buckets, kids will understand that they have the ability to not only earn a sports scholarship to college, but that academic scholarships are available as well, along with any other opportunity they hope to have. 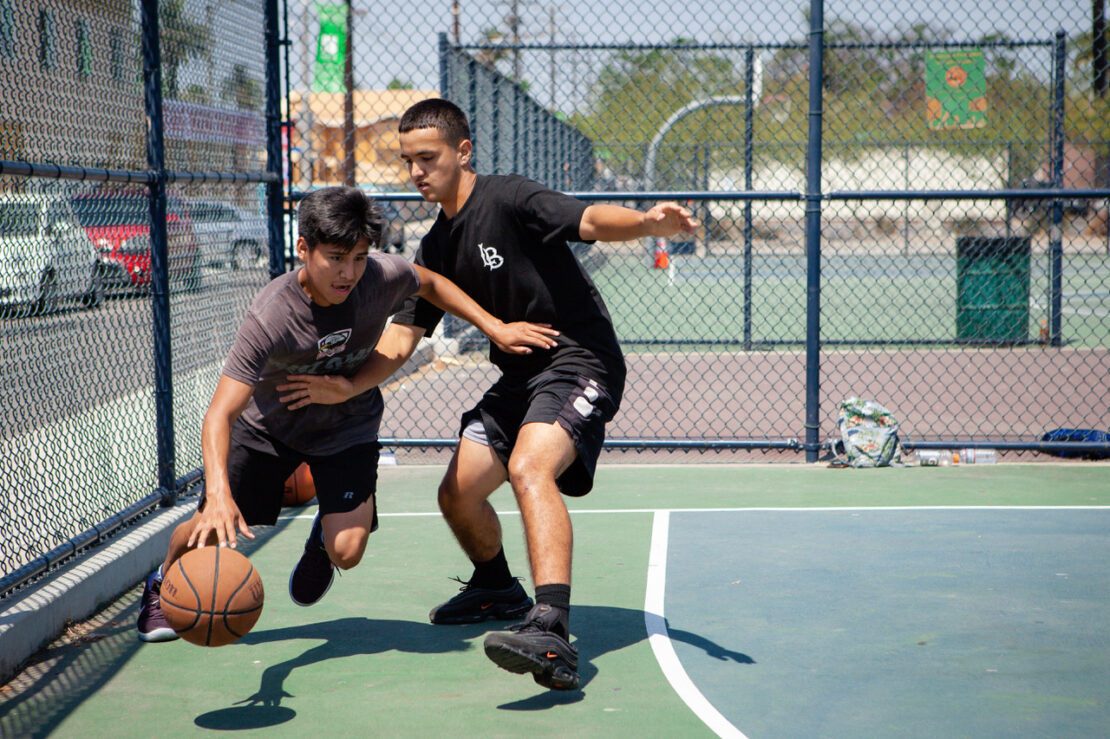 Participants of the youth academy use the 14th Street courts and the Washington Middle School gym for their weekly practices. Photo courtesy of Books & Buckets.

“A lot of these kids come from neighborhoods where some people in their family or whatever it may be don’t believe in them, but we do, and that gives them the edge to go on in life,” said Harlin.

For Harlin, who started playing basketball in middle school, the sport completely changed the trajectory of his life.

“If I didn’t have basketball, I probably would have never finished college, and it honestly changed my life for the better,” he said.

Not only did the sport provide mentorship and friendships that remain to this day, but basketball also allowed him to play across the country and in Canada through college, Harlin said.

After the success of last year’s summer academy, the organization went on to launch its youth action program, a course of six full-day events across the span of six months, concluding in the middle of April.

The youth action program builds off of the lessons from the summer, while incorporating advocacy and the tools to make positive changes within their own neighborhoods, said Harlin.

“It takes away a lot from people, whether it be family members, whether it be time, whether it be experiences, like some of these kids have to look over their shoulders when they’re walking in their own neighborhood because of this, and they don’t like that, they don’t feel comfortable with that,” said Harlin. “So they’re speaking up about it.”

Harlin shares his past experiences with the youth, and the experience of witnessing friends he grew up with become involved in gangs.

For Harlin, he hopes to instill a world of choice to his students, and the knowledge that there is a more positive path to follow. 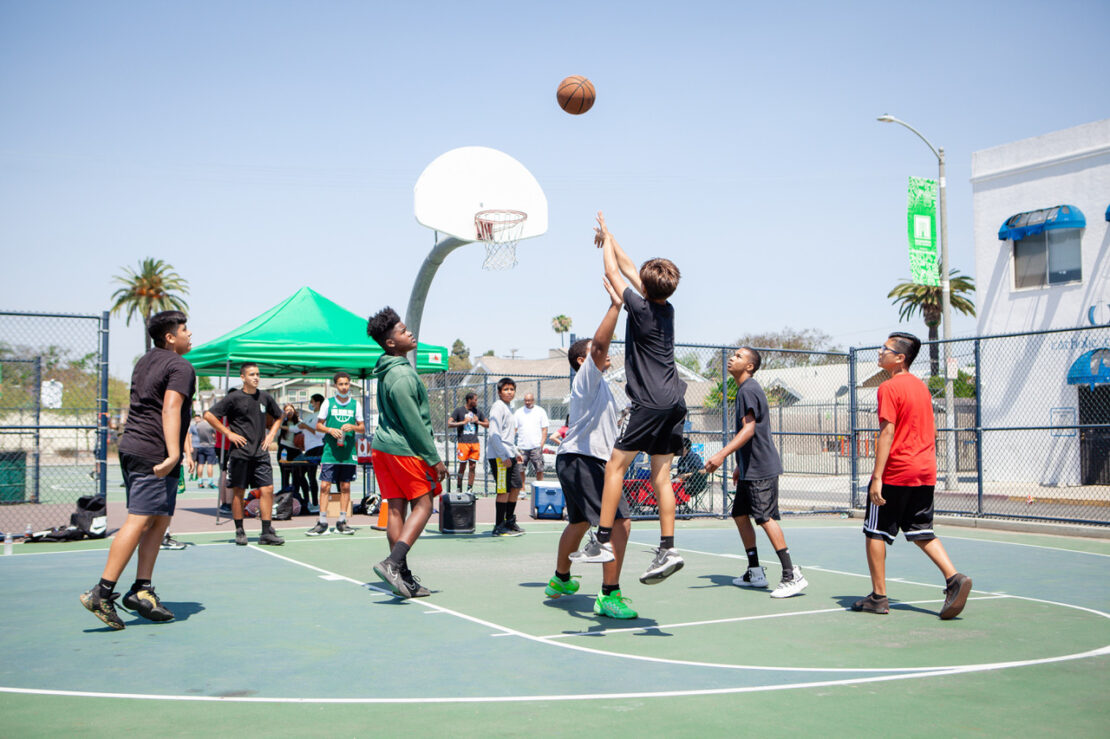 Participants of the youth academy use the 14th Street courts and the Washington Middle School gym for their weekly practices. Photo courtesy of Books & Buckets.

“It’s about having the self esteem and having the confidence to be able to be like, you’re my friend, I still care for you, but I can’t partake in that,” he said.

The organization regularly hosts gang prevention panels, and its youth participants have even written letters to their Congressman advocating for their neighborhood,  also addressing school board members and the Long Beach City Council at public meetings about the issue, Harlin said.

“I tell them all the time, when I turn 40-something, you guys are going to be 20-something, and this is going to be your neighborhood,” said Harlin. “We can fix this and make it better day by day, month by month, year by year— it’s not gonna happen overnight, but even just going up there and City Council people seeing kids that are 10, 12, 13 speaking up about the neighborhood means a lot more than someone who’s 50-something saying something about the neighborhood.”

This summer, Books & Buckets is returning with its next round of the youth academy. While a start date has not yet been announced, interested participants can reach out on Instagram or by email. The program is free to its participants.

Harlin hopes for the return of the previous round’s kids, plus even more, creating an organization with longevity that can eventually offer year-round programming, a travel team, and scholarships for college.

“I want to see a kid that’s in the sixth grade, seventh grade, come back to the program every year and be able to graduate, and be like Books & Buckets helped me get to this point,” said Harlin. “Then I want to be able to go to their graduation when they graduate college, like we’ve seen you go from a little kid to a grown woman, grown man.”

For Harlin, who also coaches at his alma mater, Cabrillo High School, he always knew immersing himself in his community through basketball would be his life’s purpose.

“It changes kids’ lives, one dribble at a time, one basket at a time, one game at a time, and that’s what I want to do, because basketball literally changed my life,” said Harlin. “The saying goes, be who you want your younger self to be or wanted in their life, and I plan to do that til the day I die.”

Donations to Books & Buckets can be made here.

To donate items such as water or gatorade, or to volunteer, please contact Books & Buckets at [email protected].