A troubled bar in North Long Beach is closing its doors after state alcohol regulators took action against its liquor license following a deadly crash that killed a father and his daughter as they slept.

Bottoms Up Tavern, at 1739 E. Artesia Blvd., lost its liquor license because of illegal drug sales at the bar, according to the California Department of Alcoholic Beverage Control, but the increased scrutiny came after a patron there drove his truck into a nearby apartment moments after leaving the bar.

“ABC agents opened an investigation following a fatal crash on March 1 that took the life of a father and his young daughter,” the ABC said in a statement. “Today agents posted a notice of indefinite suspension after their undercover ABC investigation found that the Bottoms Up Tavern was operating a disorderly premises involving numerous illegal sales of cocaine, ecstasy (MDMA), oxycodone, and cannabis, at the licensed location.”

It’s not the first time Bottoms Up has been tied to a deadly crime.

In 2019, Delfon Kinney Sr., 48, opened fire at the bar, killing Manny Marquez, a 44-year-old bar-back, and wounding a cook. Police soon arrived and shot Kinney, who was later found dead inside. The crime horrified neighbors along with Bottoms Up ownership and staff. 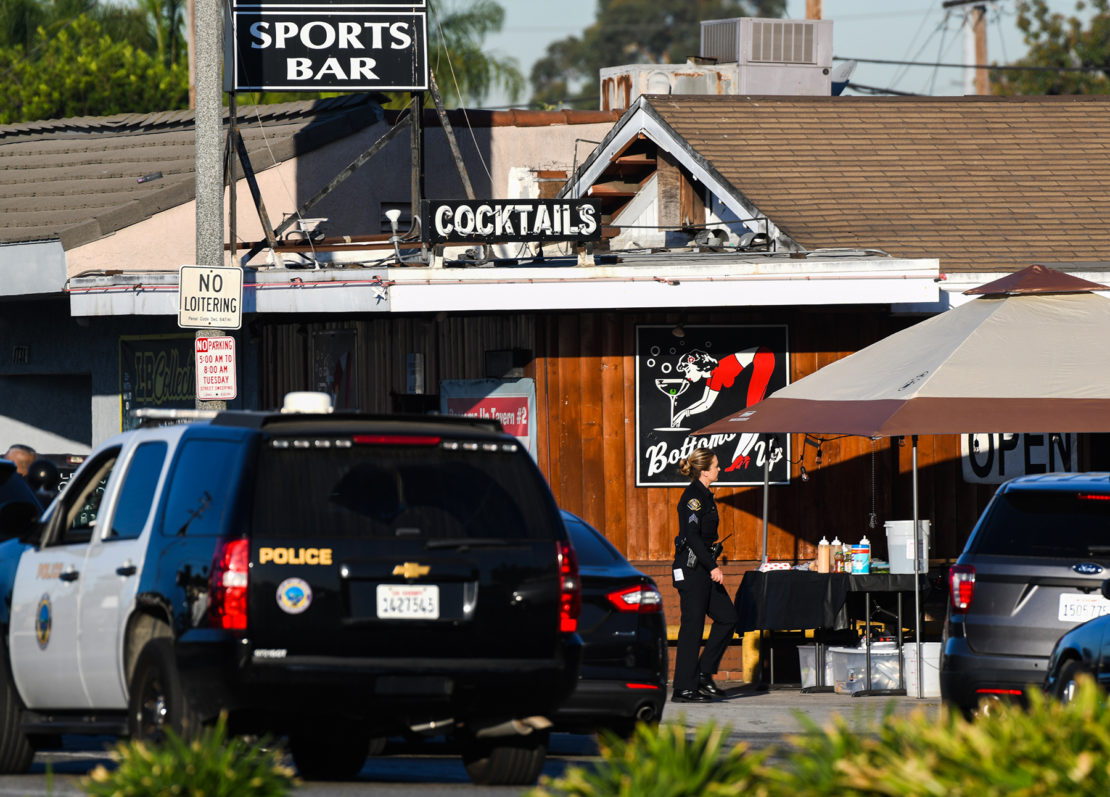 A file photo of Long Beach police investigating a shooting at Bottoms Up that left two dead in Long Beach on Wednesday October 23, 2019. Photo by Thomas R. Cordova.

The March 1 crash again shocked the neighborhood when it killed 42-year-old Jose Palacios and his 3-year-old daughter Samantha.

The suspected driver, Octavio Montano Islas, remains at large. The District Attorney’s Office has issued a warrant for Islas’ arrest on two counts of felony manslaughter, one count of felony driving under the influence, and one count of felony hit and run, according to the LBPD.

Bar owner Suzanne Blevins later told the Post that she discovered security camera footage showing Islas leaving the bar, getting into his truck on Artesia Boulevard and then making a flailing left turn onto Rose Avenue before crashing into the Palacios’ home at high speed.

Shortly after the crash, more than 75 people picketed the bar, carrying signs saying “SHUT IT DOWN!” and “REMEMBER THEIR NAMES!” 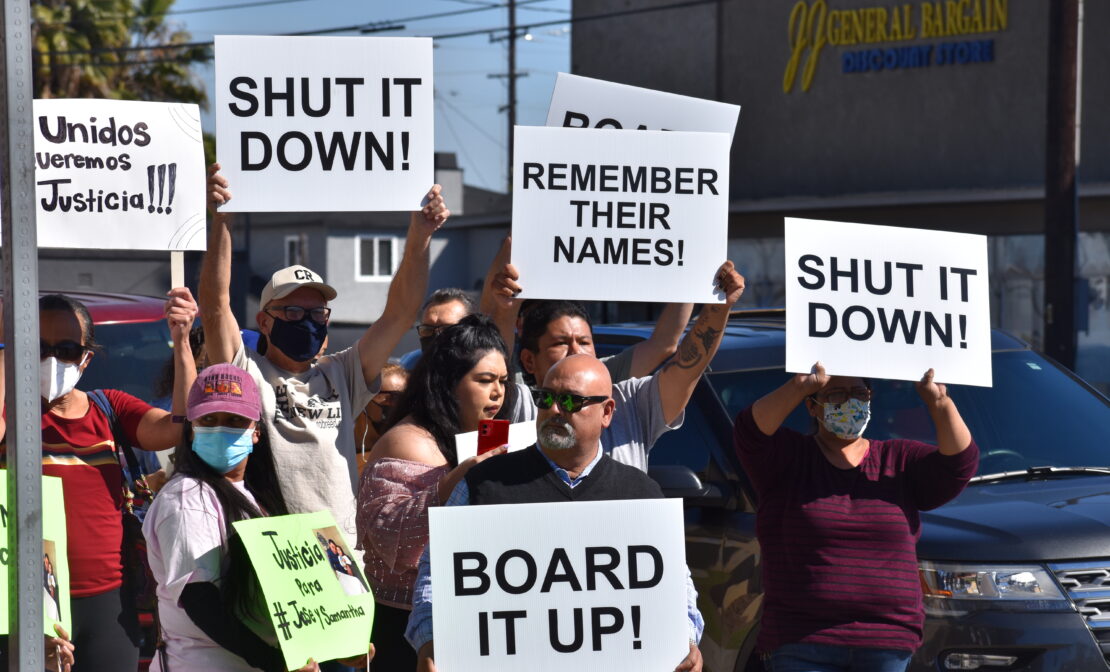 Esnelia Palacios’ family members hold up signs calling for the closure of Bottoms Up Tavern, the bar police say Octavio Islas was last seen before he crashed his truck, killing two. Photo by Fernando Haro.

ABC opened its investigation into Bottoms Up a few days after the crash.

The state agency said the tavern’s owner signed an agreement accepting the penalty. The license must be transferred within 180 days to a new owner at a new location outside the city of Long Beach.

ABC Director Eric Hirata called the bar “a disruption to the neighborhood and local community” in the statement.

On July 20, the owners of Bottoms Up posted a long statement on Instagram titled “Reason why we are closing… .”

In their statement, the owners criticize the city for many of the bar’s problems, saying officials “came down on us pretty hard” while crime is “very high” in the area.

“We had once loved this place with an indefinite plan to stay forever but we lost that in Oct 2019 when Manny was killed here,” the owners said in their Instagram statement. “Multiple qualified buyers came to look at The Tavern and all but one of them decided that the crime and violence in the area was too much for them.”

A person who answered the phone at the business Sunday said Bottoms Up would not be operating again in Long Beach. The bar’s Instagram says it’s moved to 9875 Alondra Blvd. in Bellflower. Public records show the same owners has been operating another Bottoms Up at that address since 2016.

City Councilmember Rex Richardson, who in March also called for the ABC to investigate the bar, was pleased to hear of the closure.

“Our residents deserve neighborhood serving amenities in their community that add value,” Richardson said. “The closure of Bottoms Up is welcome news, and I look forward to working together with the community and stakeholders to identify and attract a business that will make a positive impact on the community.”

Editor’s note: This story has been updated to include reaction from City Councilmember Rex Richardson. It’s also been updated to clarify that Bottoms Up already operates in Bellflower.