Long Beach police are investigating a string of burglaries in the Downtown and Retro Row areas of Long Beach after several businesses were broken into late Sunday night and Monday morning, authorities said.

During each of the incidents, police said the burglar broke through the front door to the business and stole electronics and/or cash.

Christy Caldwell, owner of The Ordinarie, said his restaurant was broken into just after 2 a.m. Monday, June 21.

“He smashed one of our windows with a big rock, went to the cash drawers, smashed all our computers [and] in doing so searched about for small electronics, things like that,” Caldwell said.

Carl Dene, owner of Michael’s Downtown, said alarms went off just after 2 a.m. at his restaurant on The Promenade. Dene said the burglar stole the business check-in iPad, two laptops that were on a countertop and $2,800 in cash.

“There were cash drawers all over the promenade from all the restaurants he broke into,” Dene said. 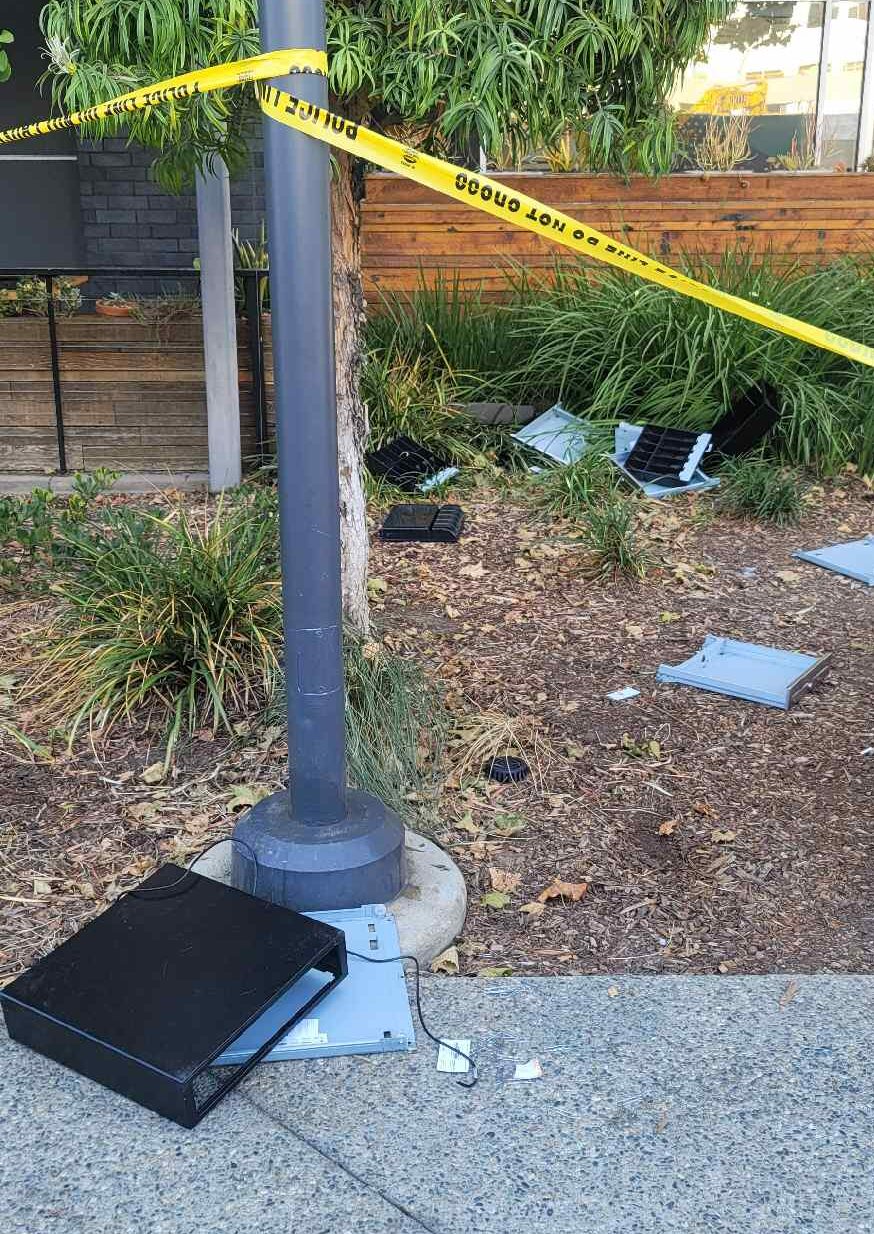 At about 2 a.m. on Sunday, June 20 Luis Navarro, owner of The Social List in Retro Row, said a burglar broke into his restaurant and stole electronics, three liquor bottles and $180. Navarro said this is the second time in the last year and a half his business has been burglarized.

“It’s always the same thing. They smash the front glass and they run in, they grab what they can specifically nowadays with all the iPads and just everything that’s lying around, that’s what they gravitate to,” Navarro said.

Kerstin Kansteiner, owner of Berlin Bistro, said her restaurant in East Village was broken into at about 3:30 a.m. Sunday, June 20.

“They used a brick to smash the front door,” she said.

The burglar took iPads and other electronic devices, Kansteiner said.

“I was able to look at the surveillance and notice that we actually had pretty good footage of the guy,” she said. “He was in and out in a minute and 30 seconds.”

Between the door damage and devices lost, Kansteiner estimates the burglary cost the business $4,000.

“It’s kind of a stressful situation,” she said.

Police said they do not believe that the recent burglaries this week and the Belmont Heights vandalism spree last week are related.

Police ask that anyone with information regarding the incidents contact the LBPD Burglary Detail at 562-570-7351. Anonymous tips may be submitted through “LA Crime Stopper” by calling 800-222-TIPS (8477).

Editor’s note: This story was updated to correct the name of The Social List.