Detectives are continuing to investigate after a number of residents reported their homes and cars were vandalized in the Belmont Heights area last week.

Residents in the neighborhood told police that rocks were thrown through their house windows and some shattered windshields.

Police did not say how many residences were affected.

Scott Tracy, a resident in the area who said he had his living room window shattered with a rock, noted that roughly 10 houses and 20 vehicles were damaged based on what neighbors said in social media posts.

Tracy, a resident on Mira Mar Avenue, said he was jolted from his bed last week at around 2 a.m. when he heard glass shatter in his living room.

“I though it was a gunshot,” Tracy said.

When he went to investigate, Tracy said he found a three pound rock inside laying on living room floor, and his window was completely shattered. The rock had landed inches away from where his dog sleeps, Tracy said. 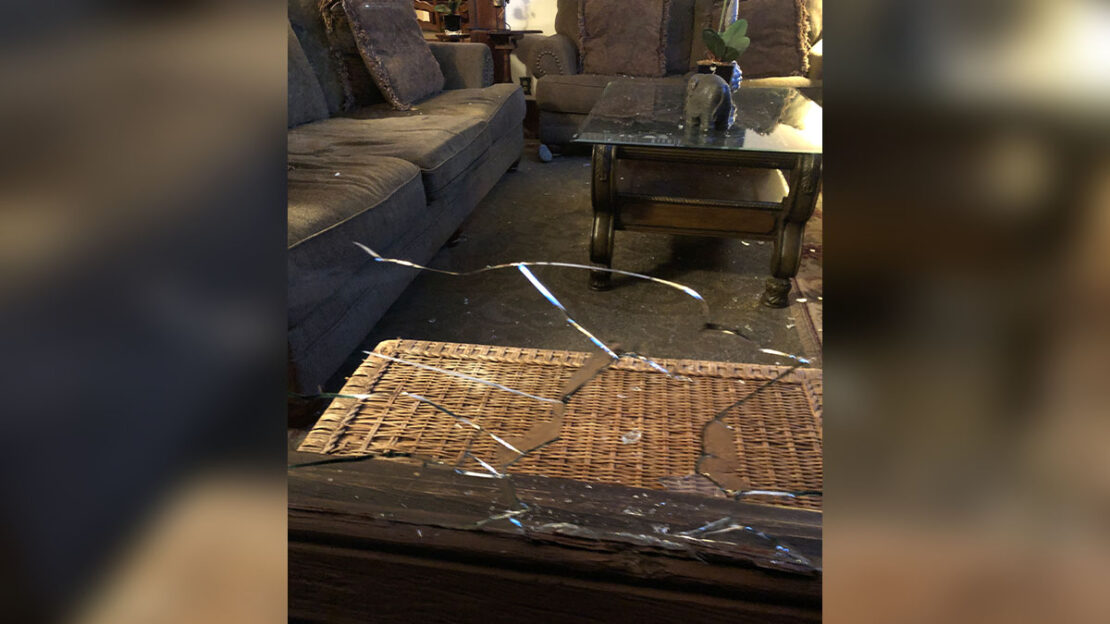 Residents of a home in Belmont Heights say their living room window was shattered after someone threw a rock at it. Courtesy photo Scott Tracy.

Neighbors came out with flashlights to see what had happened, Tracy said, when he noticed that his car’s windshield was bashed in with what he believes was a golf club.

“It’s really scared a lot of people and stressed them out,” Tracy told the Post.

Neighbors in the area believe a group of teenagers is responsible for the shattered glass, according to Tracy.