Patients and their family members who will utilize the new Cherese Mari Laulhere Children’s Village were joined Friday by numerous elected officials and hospital staff to celebrate the ribbon cutting at  the new facility on the Long Beach Medical Center campus.

Patient Derrick Cervantes, 9, addressed the small crowd and digital viewers virtually during the event, along with his mom Ashley.

“Thank you everyone who has been there for me,” Derrick said. “I’m excited to be a part of this new Children’s Village.”

Derrick was born with gastroschisis, which later led to the development of short bowel syndrome. Due to his condition, Derrick has required treatment from multiple specialists, including infectious disease, pediatric surgery, endocrinology, gastrointestinal, hematology and most recently weekly iron infusions.

While Derrick and Ashley currently have to make numerous trips to different clinics for care, the opening of the Children’s Village—which will house 36 specialties—marks the beginning of a more convenient treatment regimen moving forward, Ashley said.

“We are in Long Beach quite often,” she said. “We have watched this vision of the Children’s Village become a reality … as we passed by weekly with excitement.” 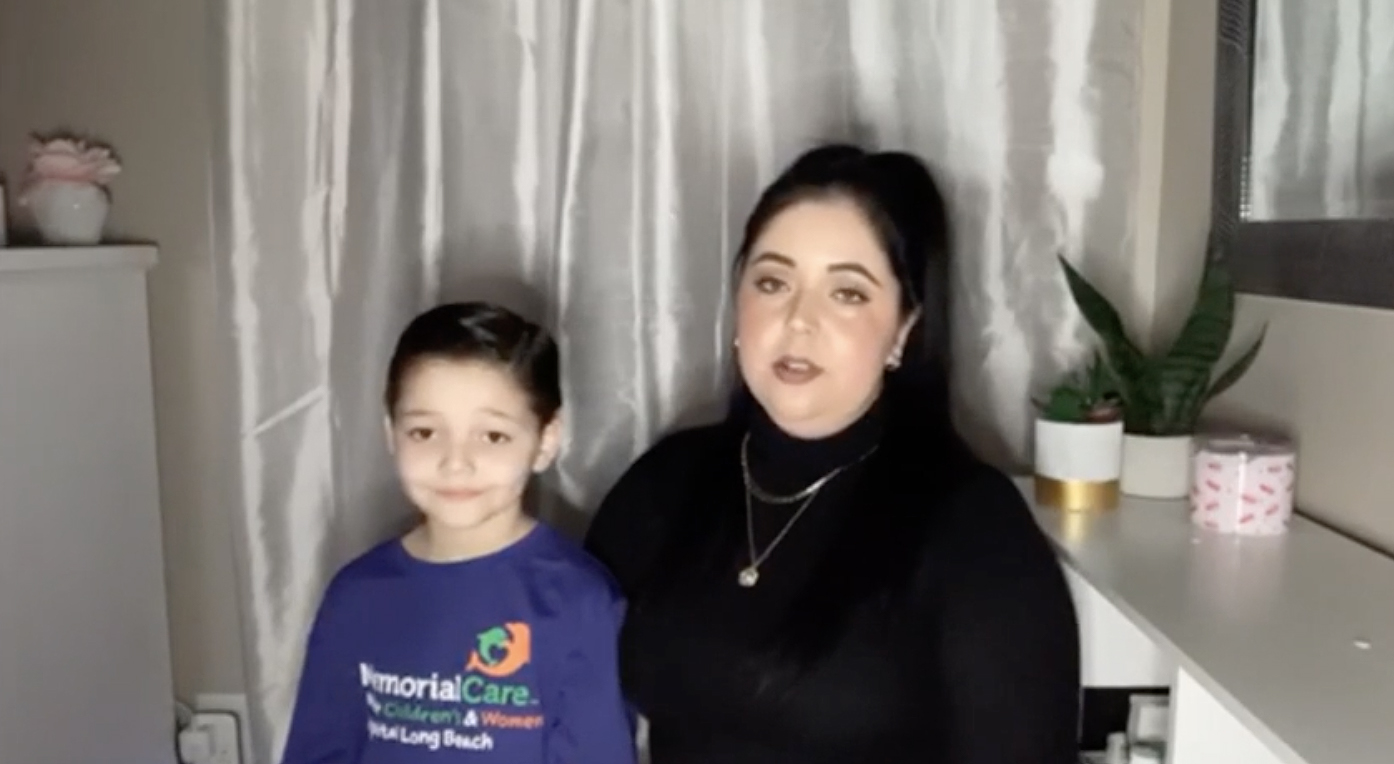 Derrick Cervantes, 9, and his mom Ashley spoke virtually during the ribbon cutting ceremony for the Cherese Mari Laulhere Children’s Village medical facility Friday, Feb. 12, 2021. Derrick will be a patient at the facility in the coming weeks. Screenshot.

The four-story, 80,000-square-foot outpatient facility is expected to begin treating patients on Feb. 22, hospital officials announced. Inpatient care will continue to be based in the main Miller Children’s & Women’s Hospital building.

Every year, Miller Children’s cares for more than 65,000 children through more than 84,000 visits, and having to travel to multiple offices for necessary care can take a toll on patients and their families, hospital officials said.

The Children’s Village includes 67 exam rooms, one blood-draw station and one specialty lab for the hematology and oncology patient care area. Each floor has a shared workspace for staff and a small number of private offices for managers.

The facility also includes multiple indoor and outdoor gyms for various age groups, so teenagers are not working out in the same space as toddlers, said clinical operations manager Mary Jorgensen, who has worked at the hospital for 41 years. Jorgensen said the facility is different from most hospitals and medical offices because of the input taken into consideration during the design phase. 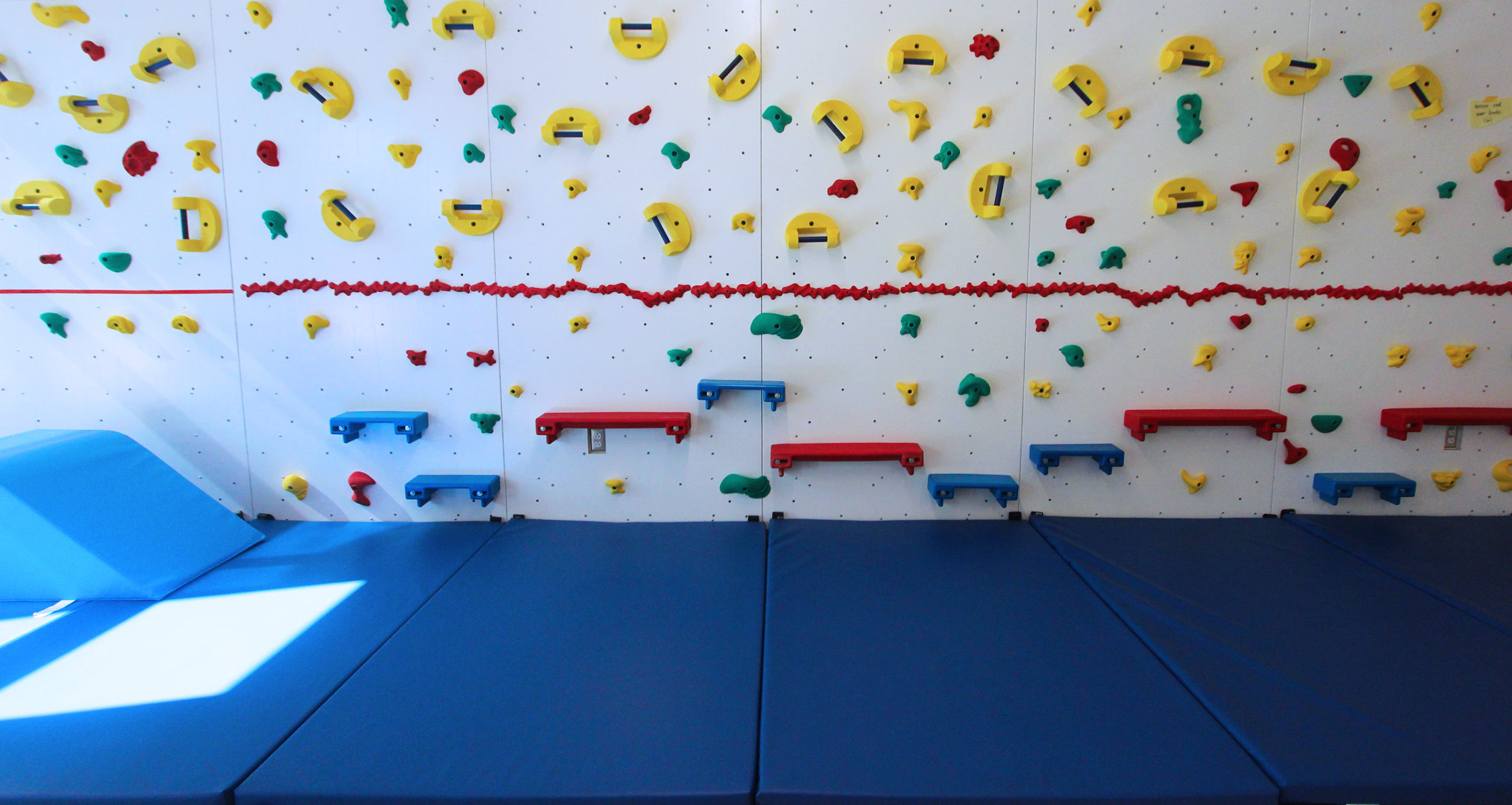 A small rock climbing wall in one of the Children’s Village’s gyms. Photo by Brandon Richardson.

“Most of the time, we put in a building and we make it work. But we helped design this one,” she said, noting that it was not only hospital staff that gave input. “It’s by families for families—they were involved in every step of the process, too.”

Many of the rooms throughout the facility feature sliding barn doors as opposed to traditional doors, a feature suggested by Maria Andrade, whose son Elias will be a patient in the new facility. Elias used to be confined to a wheelchair and Maria noted that trying to hold open a door and maneuver a wheelchair through is not an easy task.

The new hospital also includes a family resource center, daycare for patients’ siblings and lactation rooms, all at the recommendation of families. 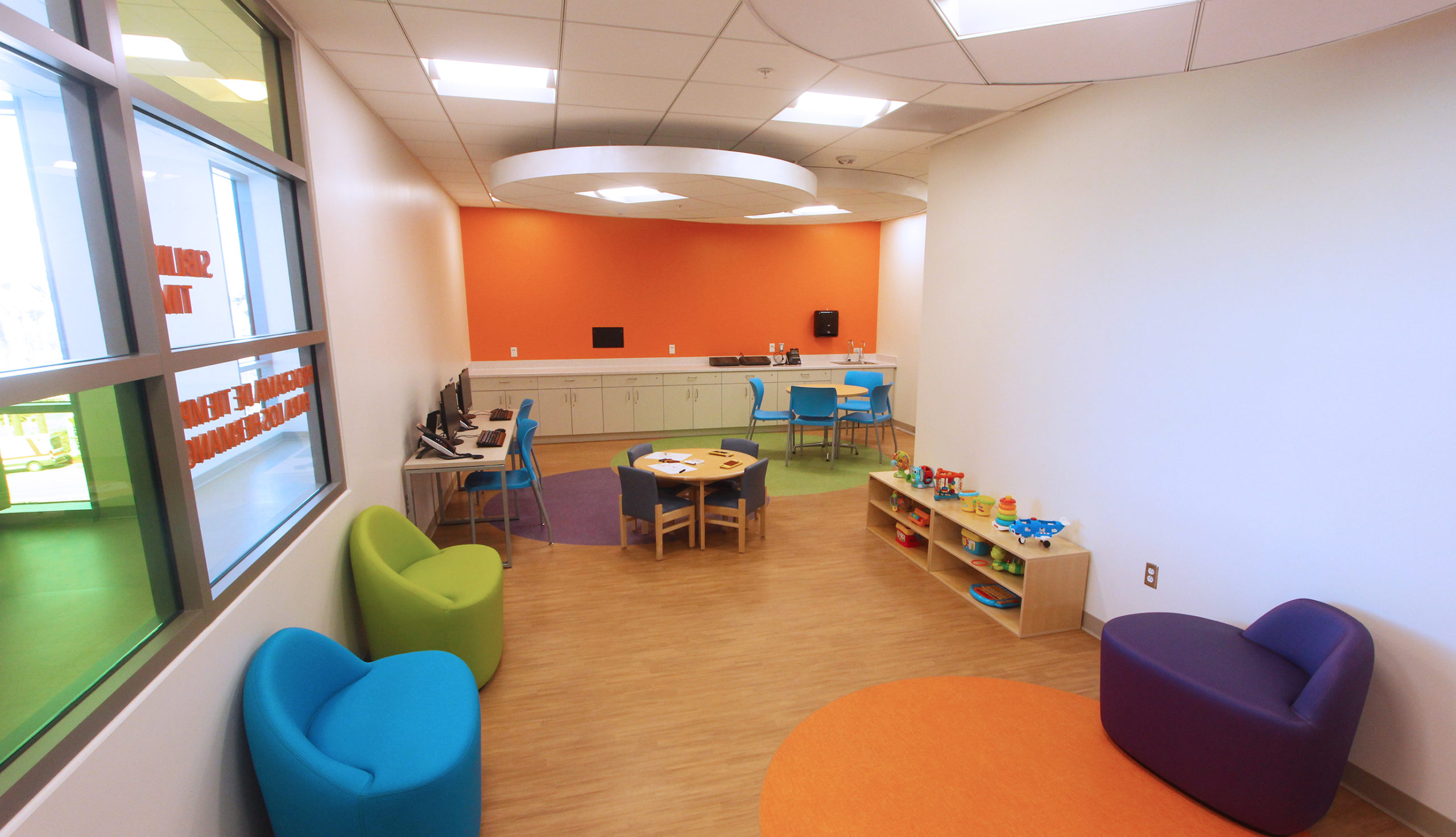 Patient’s parents will be able to leave their other children in a daycare center inside the Children’s Village. Photo by Brandon Richardson.

During virtual comments, Long Beach Mayor Robert Garcia said the facility is an “amazing contribution to the community, region and state.”

Assemblywoman Cottie Petrie-Norris said the Children’s Village is going to be a “tremendous blessing and a tremendous resource for the children and families of our community.”

Cherese Mari Laulhere, for whom the facility is named, died years ago while abroad for a semester at sea program. In the years since, her parents, Chris and Larry, have donated money in her name to various projects and organizations to the benefit of the Long Beach community. The Laulhere family was a key donor to the Children’s Village.

“[During her travels], she was especially touched by the children of the orphanages and talked about wanting to actually have an orphanage for children someday,” Chris said of her daughter. “When we first learned about the Children’s Village, I knew in my heart that it had to be Cherese’s village so she would be able to help thousands of children every year.”