Police search for intruder on roof of old City Hall, find a wheelbarrow's worth of copper pipes instead • Long Beach Post News
- ADVERTISEMENT -

A search for a potential intruder at Long Beach’s old City Hall sent a group of police officers climbing 15 flights of stairs to reach the top of the soon-to-be-demolished municipal building Friday afternoon.

No one was found inside, but officers returned with a wheelbarrow full of copper piping or “found property” as the sergeant on the scene described the unexpected haul. 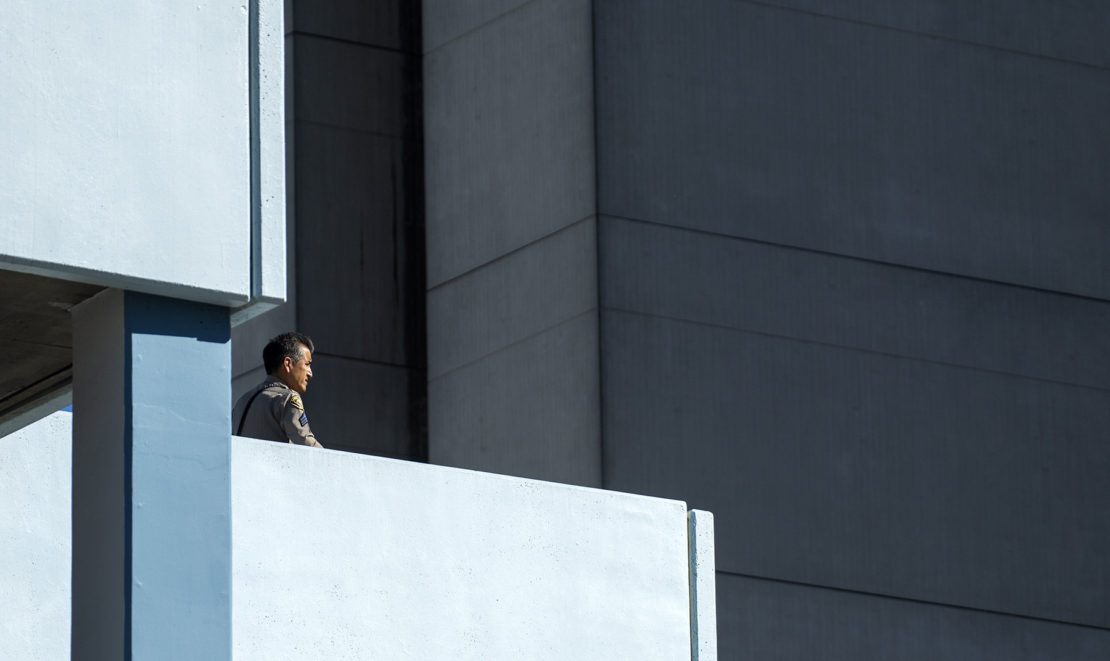 Vandalism has repeatedly been an issue at the vacant building, which is slated for demolition as early as next year, although plans for new construction on the site have faced repeated delays.

Officers first responded to a call about a person throwing items off the roof of the building around 2 p.m. and quickly discovered a hole in the fence of the construction site, on the corner of Ocean Boulevard and Chestnut Avenue.

After monitoring the perimeter for a while, they entered the construction site and a small group began their trek up the steps. 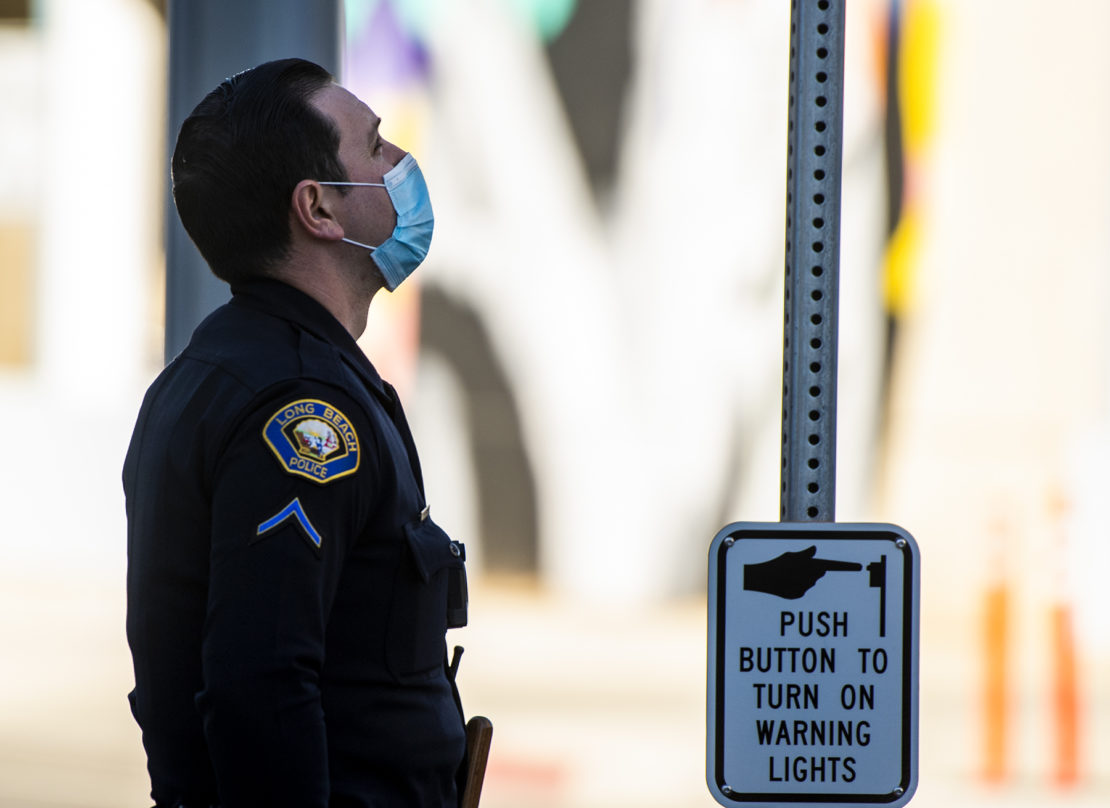 A Long Beach police officer looks up toward old city hall as the police search the building after a report of someone on the roof in Long Beach Friday, February 12, 2021. Photo by Thomas R. Cordova.

Approximately one hour after police initially arrived on the scene, officers reconvened at the foot of the building, some visibly exhausted from the impromptu exercise, one wheeling out the copper catch.

Sgt. Kift, the commanding officer on the scene said he got his steps in, but encountered no suspect along the way.

”We did our best to sweep the building but we didn’t find anyone,” Kift said.