The Long Beach Police Department will deploy additional resources to firework hot spots over the July 4 weekend as the city continues to rein in the use of illegal fireworks in the city this year.

City officials presented the tools and policies they hope will contribute to a quieter holiday celebration this year after the city saw thousands of calls pour in last year from residents complaining about illegal fireworks.

Assistant City Manager Linda Tatum told the City Council’s Public Safety Committee that the city has already seen some successes in cracking down on fireworks this year, pointing to nearly 21,000 pounds of fireworks being seized since December and 14 citations being issued.

She added that the city has used old calls for service data to build a hot-spot map of where fireworks have been an issue in past years to target specific neighborhoods for increased education and outreach, but also for increased patrols over the holiday weekend.

“Our hope is that we can make a dent In that really high number we saw last year,” Tatum said. 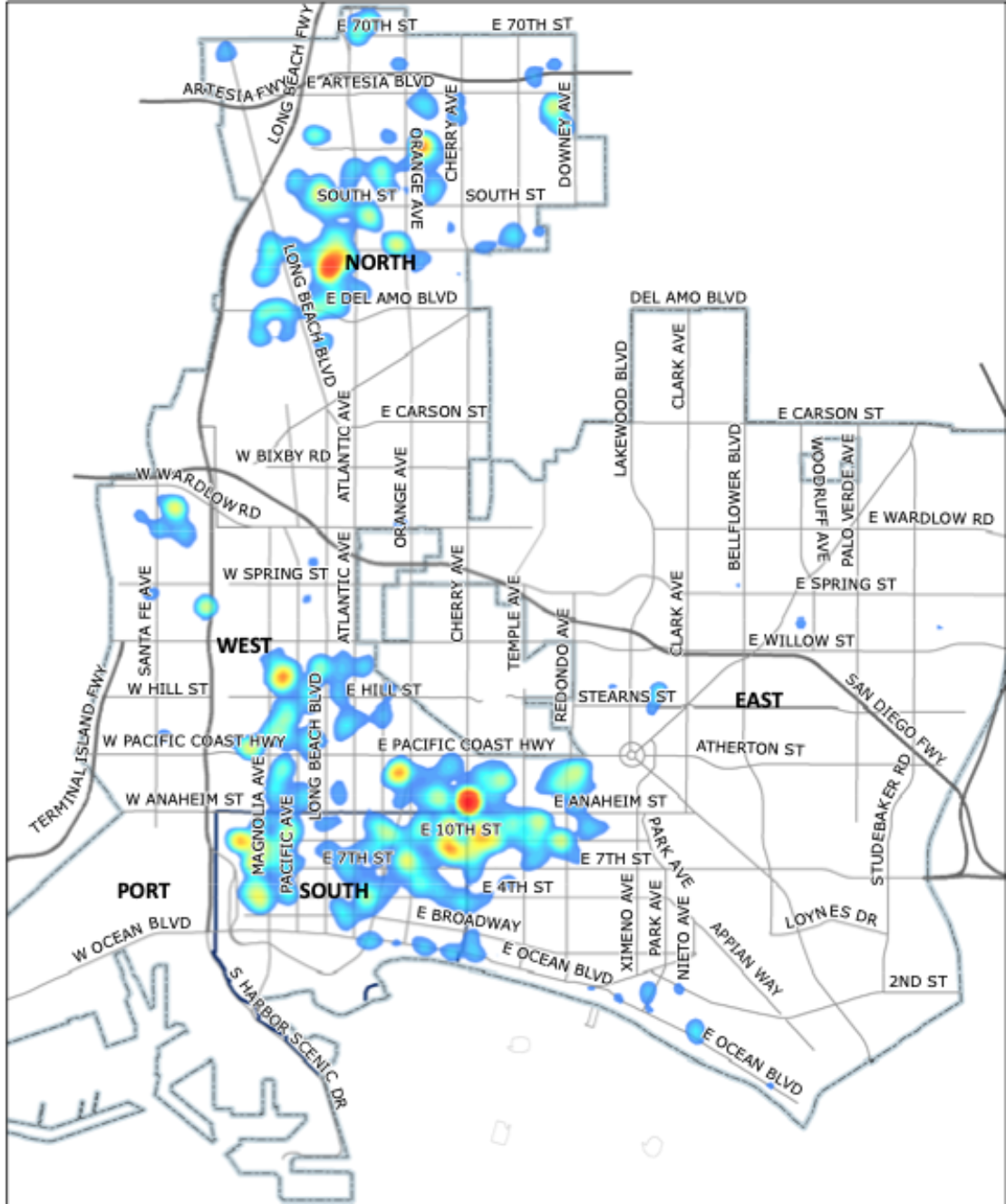 A map showing the calls for service for fireworks since May 2020. The city intends to deploy more police to these areas this July 4 holiday.

The heat maps were compiled with call-data from the city’s individual police divisions from May 2020 through May 2021. While there are clusters throughout the city, some of the largest concentrations of calls for fireworks are in Central and North Long Beach and Downtown.

In North Long Beach the neighborhood south of Market Street between Atlantic Avenue and Long Beach Boulevard had the most calls for service according to the map. In Downtown and Central Long Beach, several neighborhoods between Anaheim Street and Broadway west of Cherry Avenue had high concentrations of calls over the last year.

Data from the LBPD’s East Division showed clusters of calls along major streets like Pacific Coast Highway and Los Coyotes Diagonal with some of the highest concentrations of calls being in the neighborhoods surrounding the intersection of Anaheim Street and Redondo Avenue and the city’s border with Seal Beach.

The maps don’t reflect overall fireworks use, but show how many calls were placed in those areas since May 2020.

Getting caught lighting off fireworks this year could be easier and more expensive after the City Council approved changes to the city ordinance that allows property owners to be targeted under a “host liability” clause.

The change will allow hosts or other responsible parties who allow fireworks to be used on their property to be cited by the city attorney’s office with an administrative fine.

The base-level fine is $1,000 with a potential $250 fireworks disposal fee but the new ordinance will also allow the city to add on the cost of police, fire and other city personnel who respond to or investigate a fireworks complaint.

“Our objective is to get the people who are responsible,” Tatum said.