The city unveiled the first ADA beach access mats at Alamitos, Mothers and Granada beaches this afternoon, which officials say will make it easier for people with disabilities and the elderly to enjoy the coast.

At the unveiling event held at Granada Beach this afternoon, the city revealed the 100-foot long mat that extends from the end of the paved vehicle access point next to the Granada Beach concession stand to the coast. The blue mats are made of 100% recycled synthetic non-slip rubber.

Long Beach Mayor Robert Garcia was joined at the ceremony by members of the city, Public Works and the Citizen’s Advisory Commission on Disabilities.

Councilmember Mary Zendejas, who uses a wheelchair, was the first to traverse the highly-anticipated mat followed by a group of community members and activists for the disabled community.

“The installation of these beach access mats will improve the lives of many residents who have not been able to traverse the sand and reach the water,” Zendejas said.

Sitting in her wheelchair at the end of the path, Jennifer Kumiyama said the experience was liberating.

“Having access to the healing properties of the beach is something that some people take for granted but for the disability community in Long Beach and surrounding areas I think this is a huge win,” she said.

Next week, she will be starting a new position as an ADA coordinator for the city to ensure that life is more accessible and equitable for residents.

The mats allow wheelchairs, beach access chairs, walkers and strollers to roll over the sand and get closer to the water and can withstand the weight of heavier utility vehicle traffic like golf carts. They will be available for use year-round.

Mayra Garcia began advocating for the disabled community when her son was born 21 years ago. Her son, Jared, has limited mobility and uses a wheelchair. While Garcia was excited for the unveiling, she told the Post that much more needs to be done to ensure that people with disabilities have equal access to their everyday needs.

Disability and limited access is not on the forefront of most people’s minds until it hits close to home, said Garcia, but she urged that the community pay more attention to the needs of people like her son.

Living in a two-story apartment, Garcia has to carry Jared up and down the stairs every day. When she goes to public places, the bathrooms are often not accessible enough for her to change his diaper and the list goes on, she said.

“This is a community that has been hidden for all of their life.” 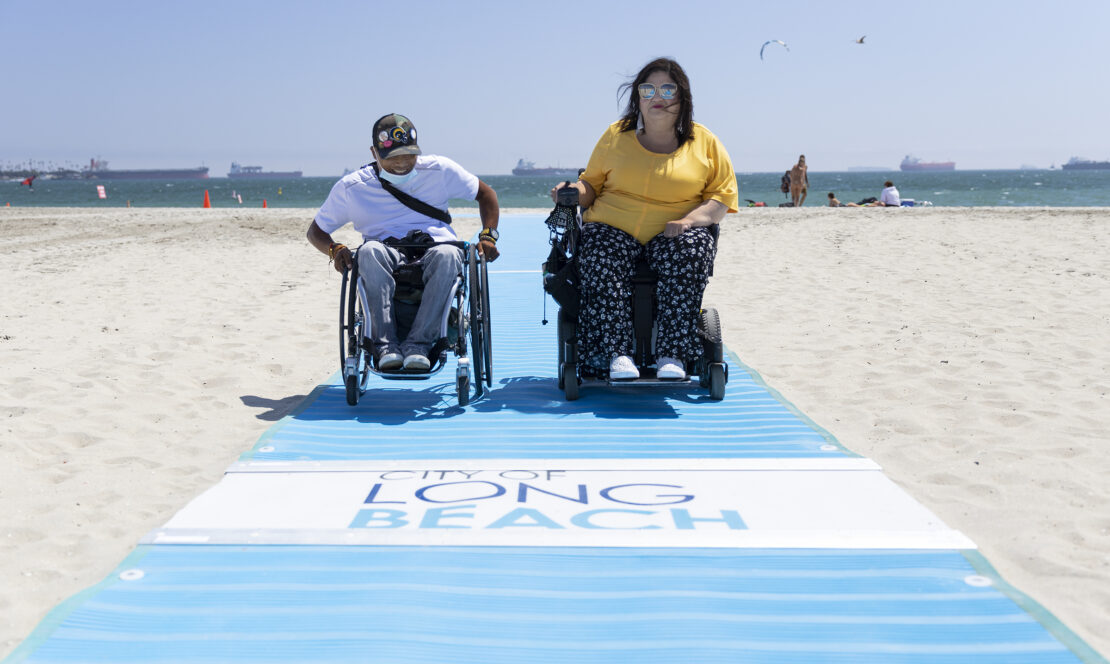 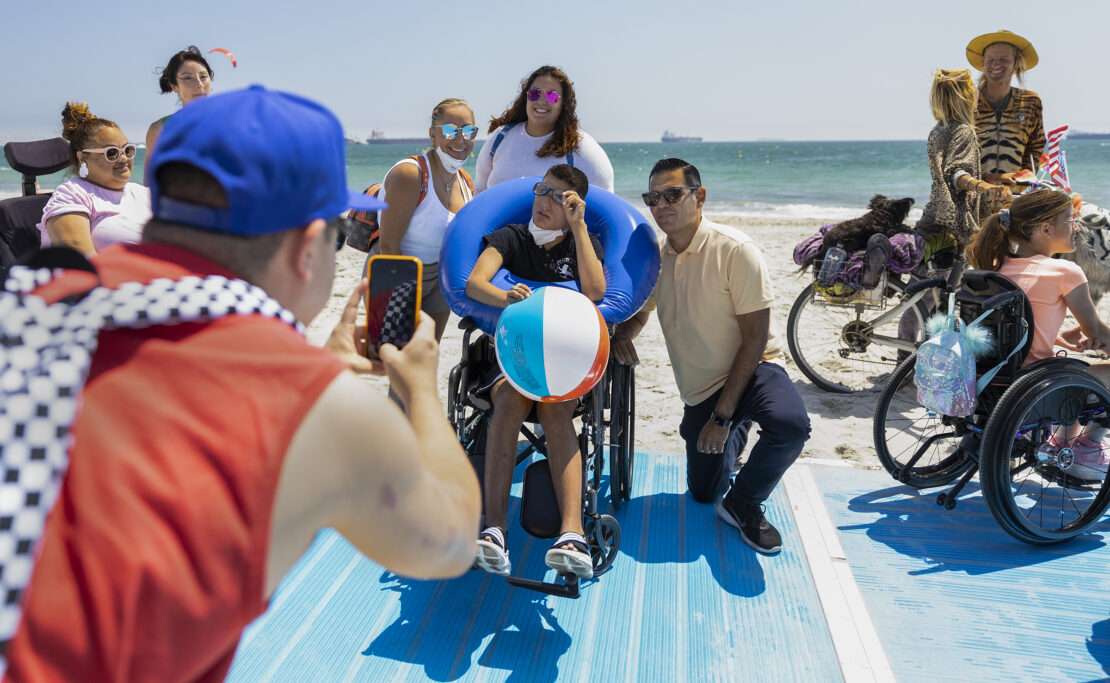 Mayor Robert Garcia poses with Jared Garcia-Cortez, 21, and his family during the grand opening of the city’s inclusionary access mat at Granada Beach Friday, July 15, 2022. Photo by Brandon Richardson. 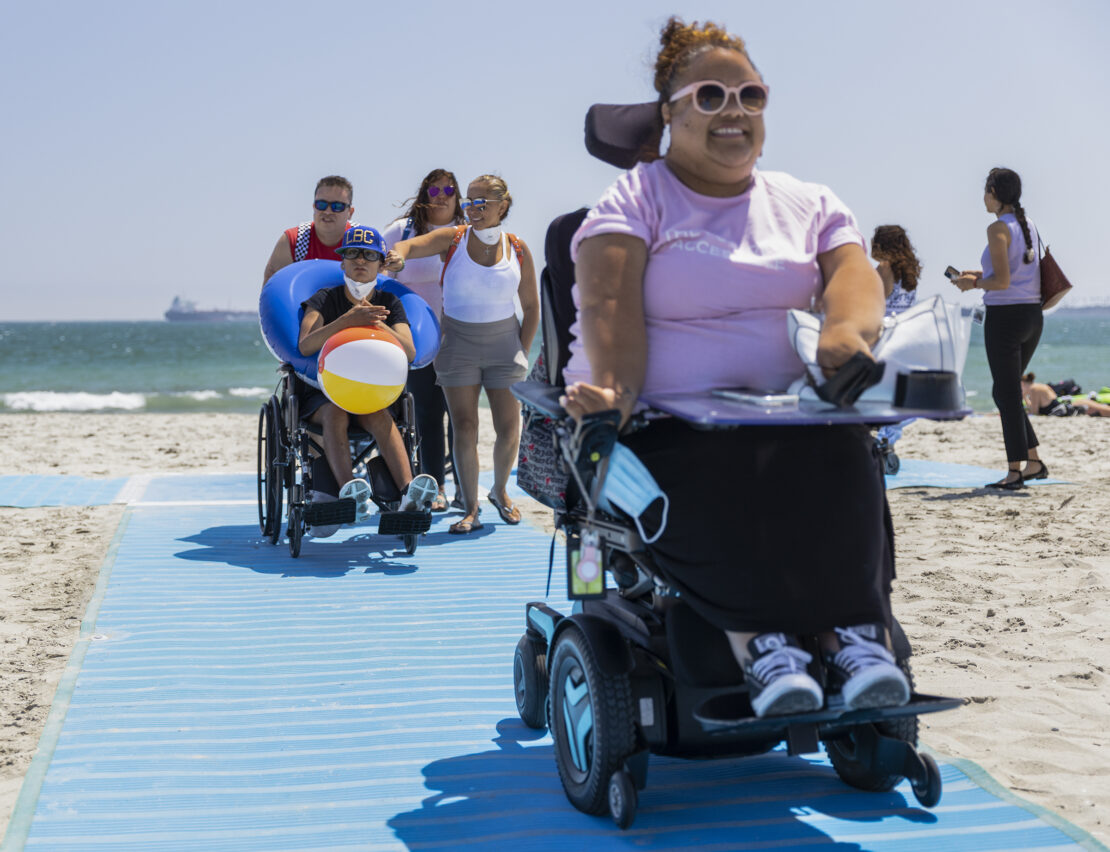 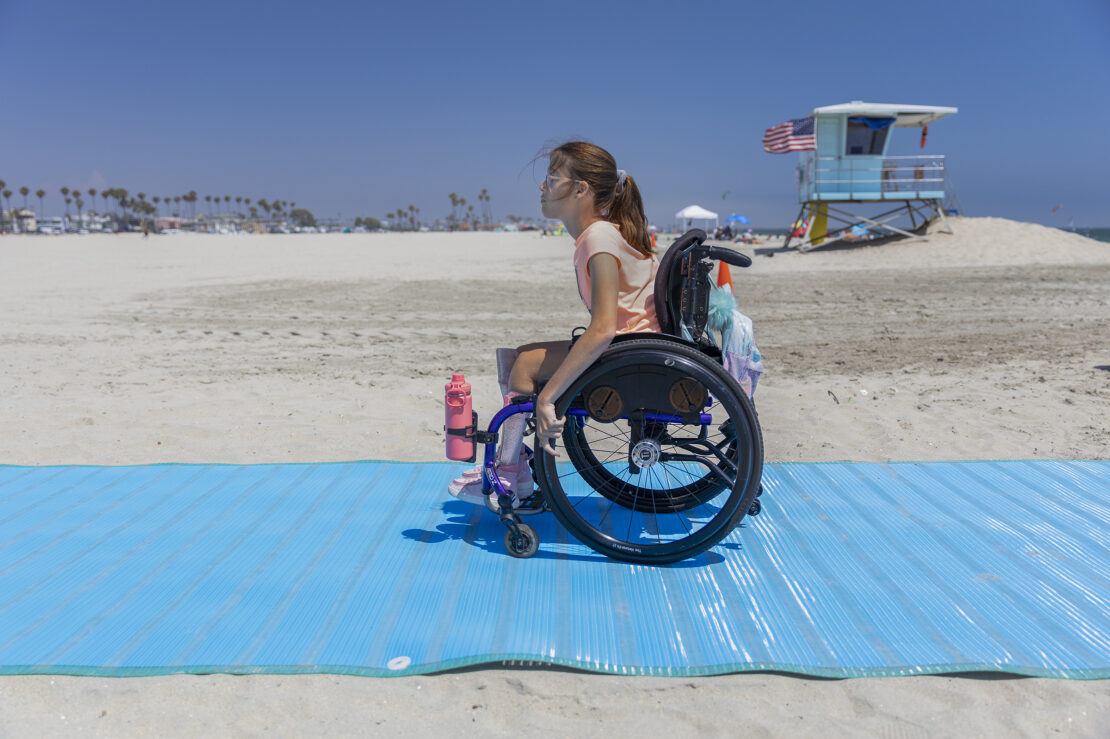 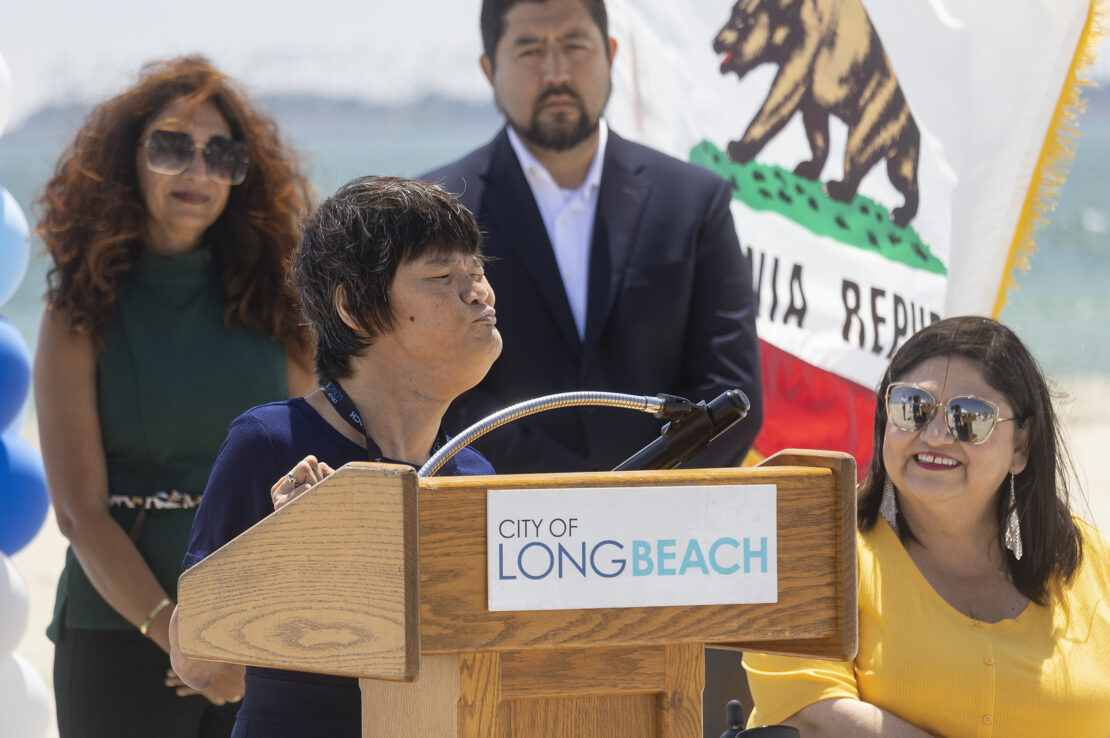