For some inexplicable reason, you have been given a real estate gift card for $1.3 million. You can’t use it at Starbucks or Target; you have to buy a house with it.

Naturally, you’re wondering how this good fortune fell into your lap and I’m afraid I can’t help you with that. It’s just one of those these-things-happen moments. Go with it.

Oh, and one little string is attached, which I’m guessing doesn’t surprise you after you’ve received this windfall: Your benefactor has limited your choice of home to one of two models.

Let’s start in Long Beach’s cozy Cliff May Ranchos Estates, which has been on the up-zoom in popularity and demand for a couple of years now to the point that it’s extremely rare to find a model listed at less than a million dollars. 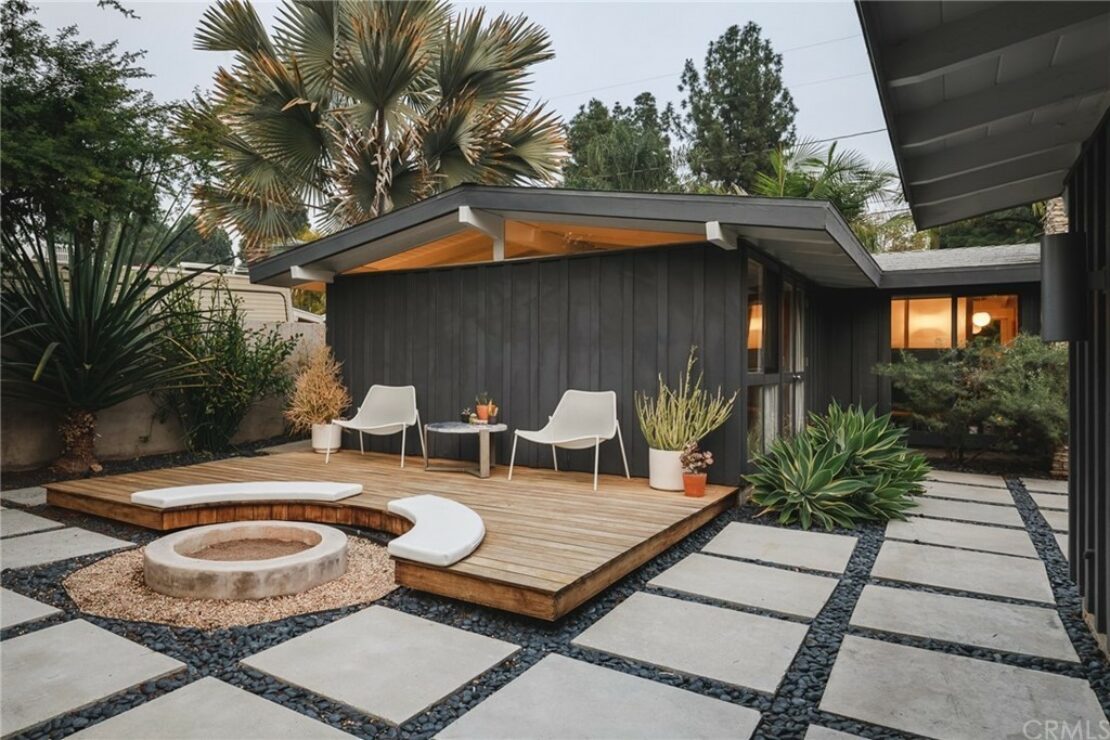 Karen Avenue is among the most prestigious couple of blocks of Cliff Mays. It’s quiet, the neighbors are chummy, virtually everyone takes an obsessive care with the upkeep of their home.

The rocketing ascension in home prices in the neighborhood is largely due to young, artistic couples swarming in from Los Angeles or Orange County with an appreciation of May’s undeniable architectural vision and indoor-outdoor style. And these folks have paychecks fat enough to throw down above-listing bids on the homes.

This model at 3008 Karen Ave. is a three-bedroom, two-bath home listed by Realtor Nate Cole, of Unique California Property at $1.328 million. Cole doesn’t typically monkey around with run-of-the-mill homes, so his taking on this property gives it a certain amount of extra cachet that may warrant its listing price (and beyond). That, and the fact that there are a few hallmarks of the house that set it a bit apart from others in the tract. 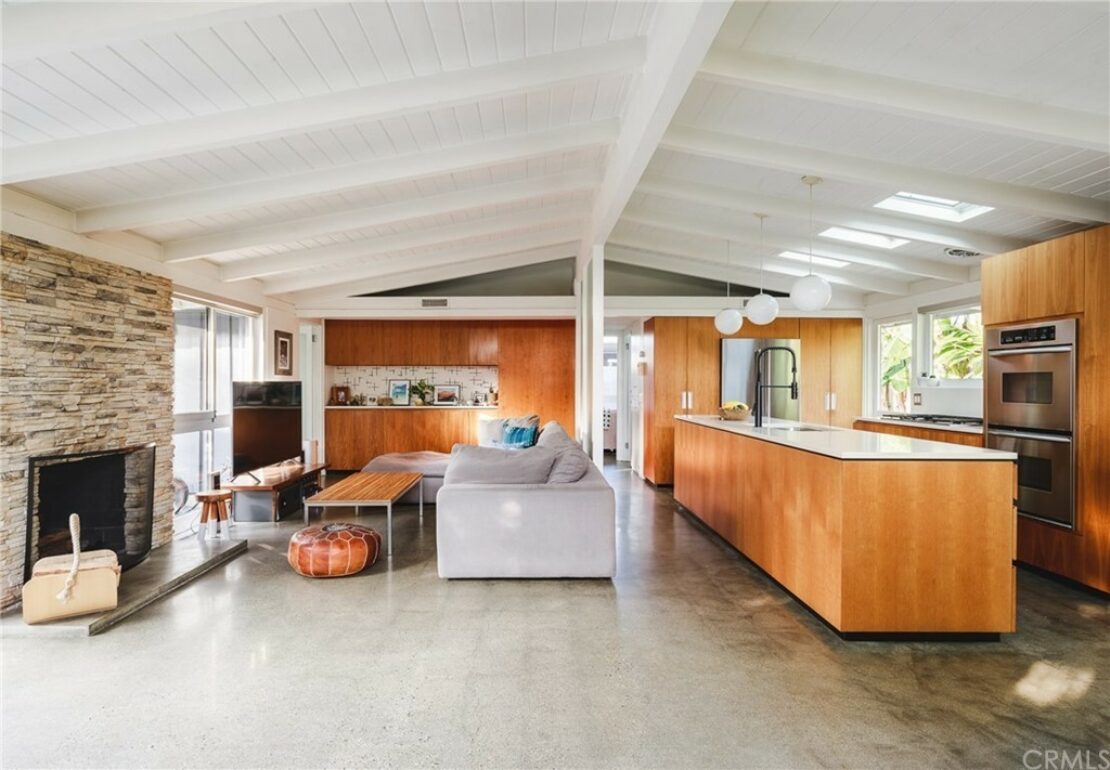 The Cliff May home’s living room and kitchen. Listing photo.

May’s original obscure glass panels (which have gone missing from some May homes over the years), and clerestory windows bring in a near-blinding amount of natural light throughout the house, and to add to the already impressive influx of light, the open kitchen is further illuminated in the daytime by three skylights.

The use of a variety of woods gives the tropical landscaped yard a rich look: a raised Brazilian ipe wood deck faces a fire pit to create a central conversation place, while the balance of the yard is set with large concrete pavers floating on a bed of river rock.

For the usual Cliff May privacy, the yard is surrounded by horizontal planks of clear heart redwood fencing.

Before you jump with both feet into the Cliff May, at least consider your second option. It’s a totally dissimilar house. The two are so unalike that you probably won’t have much trouble choosing one above the other.

This Spanish style two-story, four-bedroom, three-bath 1922 classic at 4219 E. Sixth Street in Belmont Heights. It’s listed by Realtor Anne Hulegard of RE/MAX Estate Properties at $1.225 million While it’s been thoroughly upgraded, it still retains much of its original charm, including  antique hardware, arched doorways, a fireplace and hardwood floors, to say nothing of old-timey touches like an ironing board that folds down in one of the kitchen’s two pantries. 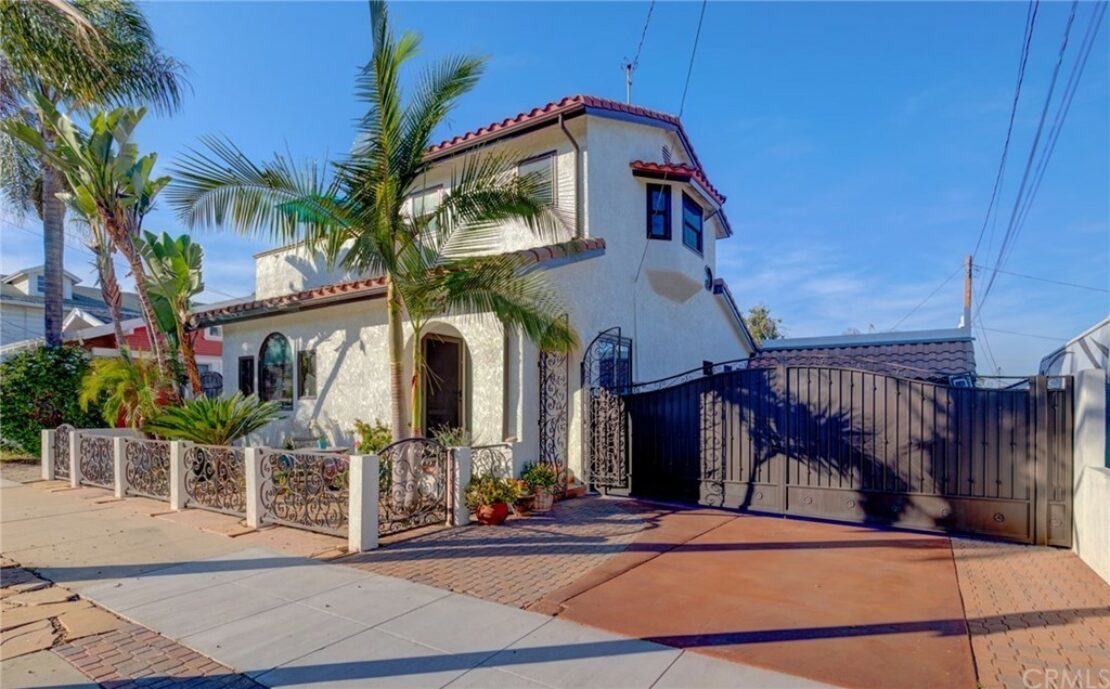 This Spanish-style home in Belmont Heights is listed at $1.225 million. Listing photo.

There’s a private patio off the kitchen, another one off the master bedroom. For your best friend, there’s a dog run on the side of the property with hot and cold water.

For lounging around, your best bet is a rooftop deck accessible by a spiral staircase, and while that staircase is cool enough, the interior staircase leading to the second floor is one of the nicest I’ve seen with its vibrant variety of tiles. 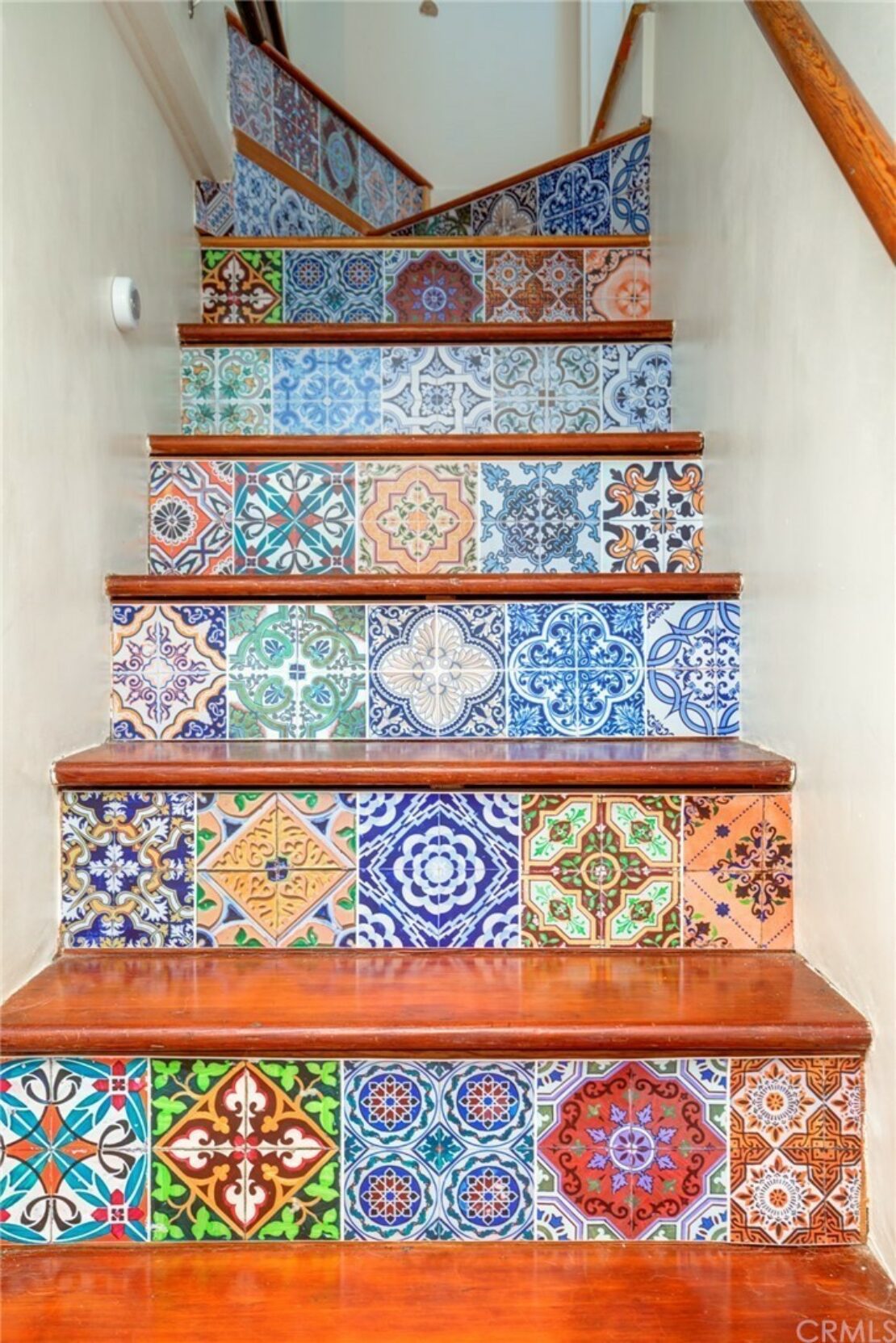 The interior staircase at the home on Sixth Street. Listing photo.

While money is of little concern thanks to your oddly acquired $1.3 million gift card, there is enough variance to maybe swing your decision. For starters, you’re going to be out of pocket for $28,000 if you go with the Cliff May, whereas you’re getting the Heights house for free with enough left over to put a well-equipped Tesla Model Y in the driveway. Or to put it in square-footage terms, the Spanish house is about 609 per square foot, while the Cliff May is $1,067 per square foot.

But it’s not my decision to make; I’m just giving you some information. Which one would you choose?