Contrary to rumor, people aren't returning their 'pandemic pets.' There are other problems, though. • Long Beach Post News
- ADVERTISEMENT -

Several headlines are leading readers to believe that people are giving up the pets they adopted during the pandemic “at an alarming rate,” as one barked. But once you start reading, you’ll find that the writers are playing “gotcha” with clickbait.

You can rest easy and give your furry friends’ chops an equally soothing rub. According to data and reports from shelters and rescues, people are not queuing up at return desks with shopping bags bulging with Maltipoos and Maine coons demanding refunds for their adoption fees.

“Despite some alarmist news reports, the story so far is much happier than that,” wrote Michael Levenson in a New York Times article. Levenson’s article is one of the few reports that puts the kibosh on a gloom-and-doom scenario for recently adopted pets that have been literal creature comforts for people who found that solitude, time on their hands and financial ability to care for a pet gave them reason to welcome one into their homes.

“We, too, have heard this concern and rumor and have found that our data suggest otherwise,” said Annette G. Ramirez, interim assistant general manager at Los Angeles Animal Care Services. “We have not seen an uptick in people having to surrender their pets and actually see that number decreasing.”

Workers are returning to their jobs, and people are getting the travel bug again, but most of the shelter returns aren’t what have been called pandemic pets—animals adopted to take the edge off COVID-19 confinement and to satisfy a longtime desire to get a cat or a dog.

“This incredibly stressful period motivated many people to foster and adopt animals as well as further cherish the pets already in their lives, and our recent research shows no significant risk of animals being rehomed by their owners now or in the near future as a result of the lifting of pandemic-related restrictions,” said Matt Bershadker, ASPCA president and CEO.

Most people who added an animal to their family during the pandemic have developed firm bonds with them. A survey conducted by the ASPCA of American households reported that one in five households acquired a cat or a dog since the beginning of the pandemic, equaling approximately 23 million homes with new pets, based on the 2019 U.S. Census.

“The vast majority of these households still have that pet in the home—90 percent for dogs and 85 percent for cats—and are not considering rehoming their pet in the near future,” the survey stated.

A comprehensive survey conducted by Rover.com yielded similar information. People who adopted during the pandemic were generally financially prepared.

“It’s mainly the folks with pets who may be struggling that present the problem,” the study stated.

The wave of pandemic adoptions has broken and the demand isn’t as large now, but most Long Beach independent rescues haven’t seen returns of pets previously adopted from them.

“We’ve asked the dog folks, and they have not seen this come up as a reason for return—the few returns have been behavior-related,” said Dee Carey, volunteer at the Seal Beach Animal Care Center. “We have also not seen an increase in requests to take in owner-surrendered dogs. Same for the cats—the returns we have had have been due to divorce, allergies or behavior issues.”

Eden Amans, volunteer at Helen Sanders CatPAWS, echoed Carey’s statement. “CatPAWS has not seen an increase in returns,” she said. “Our [return] rate has remained the same—between 4% and 5% since I started tracking at the end of 2019. It may seem higher in terms of cat numbers, but that is only because our adoption output has increased 200% or more.” 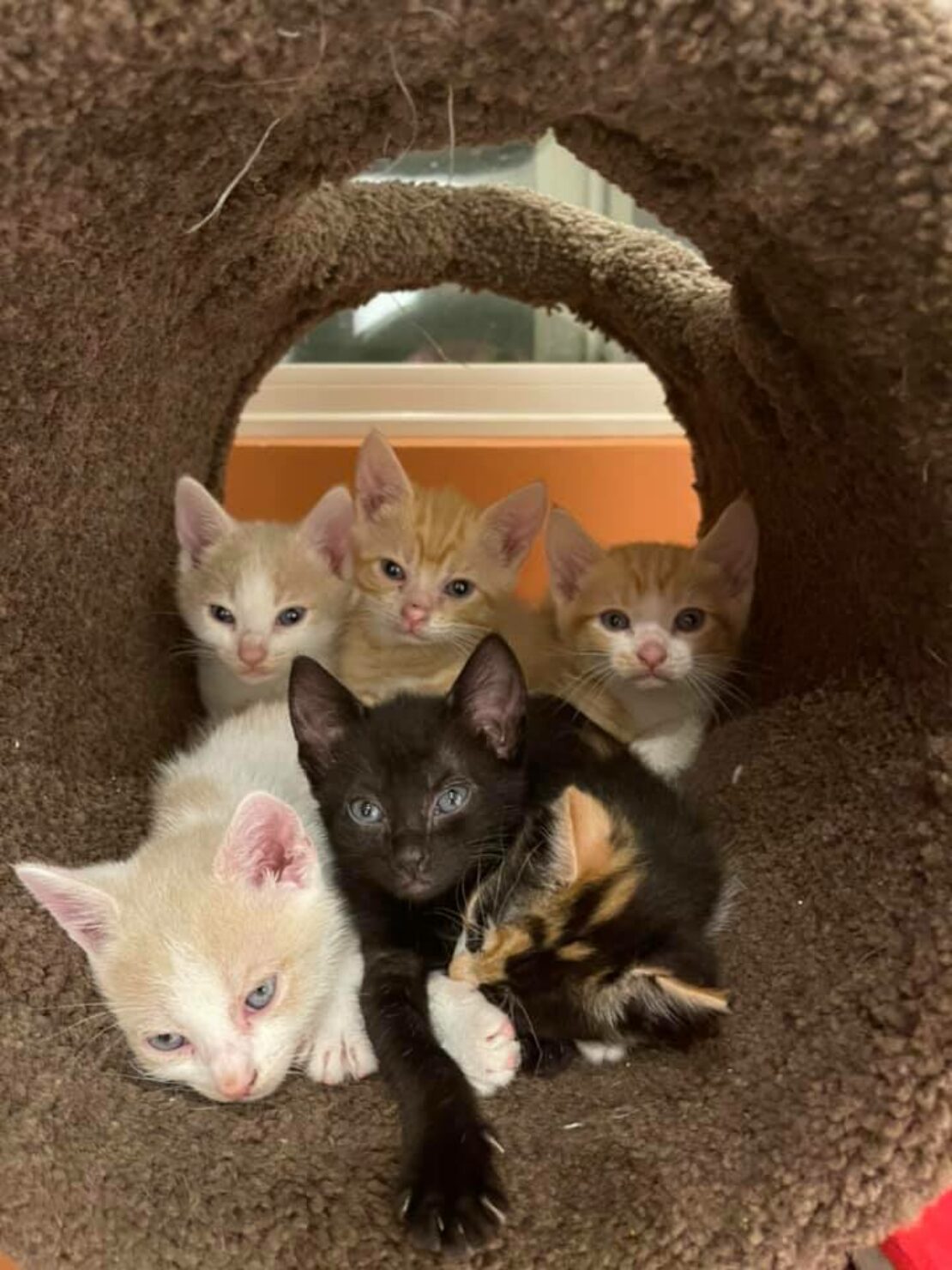 Helen Sanders CatPAWS rescue sent home 574 cats and kittens between March 14, 2020, and June 1, 2021. “We did have some returns in that period related to cats not getting along or someone suddenly allergic or some such, but not many,” volunteer Deborah Felin-Magaldi said. “As best we could determine, no returns were because of someone having adopted on a whim, from boredom, loneliness during the pandemic or something like that and now no longer wanting the cat.” Photo courtesy of Helen Sanders CatPAWS.

Long Beach’s city shelter is filling up again but for the same reasons as before the pandemic.

“We have not seen [return of adopted pets], and people have already started returning to work,” said Staycee Dains, manager of Long Beach Animal Care Services (LBACS). “And we continue to see the same number of animals coming in. The number-one reason why people continue to surrender animals to the shelter has nothing to do with their work—they may bring pets into the shelter because they can’t get a job, not because they got one!”

Same issues as before the pandemic

Dains said that one of the reasons that people turn pets in to the shelter is because of an inability to provide for them. Medical situations and the ability to afford a pet sitter or day care when they return to work might be beyond their budget. Most people who are willing to complete detailed adoption applications, agree to interviews, and provide photographs and videos of their homes and yard, which have supplanted the usual in-person home visits, are serious about making their new friend a permanent family member and have given forethought to present and future care for them.

Angela Robinson, Live Love Animal Rescue board member, said that a few people have returned their dogs to the rescue but not from any whim factor.

“We have had more surrender requests than usual as people cope with the continued mental, emotional, financial and health consequences of the pandemic,” she said. “A handful of these have been dogs adopted from Live Love during the pandemic, and many are dogs that people adopted from other places. Some are dogs that people took in from friends and family over the past year due to deaths, housing issues or major health crises. Perhaps we’re just hearing from more people than we used to, when people might have gone directly to LBACS in the past. Many of the people who contact us say that they’ve contacted dozens of rescues.”

Although there may not be a huge surge in returns, people’s lives have been compromised and complicated through the effects of the pandemic, and their pets’ lives are affected in the process. No matter how many months that eviction moratoriums are extended, rent will eventually come due and families will lose their homes. Those who have been unable to work or have their own medical bills and needs might find it difficult to care for the animals that they obtained before the pandemic hit, which can be heartbreaking for the families.

The ASPCA survey reported several top concerns of people who live with pets; they included financial security (32%), the cost of veterinary care (25%), employment and job security (22%), limitations that pets put on ability for the humans to travel (22%), not having enough time to spend with the pet (18%), possible behavior problems as a result of schedule change (16%) and losing the home (15%). But despite the concerns, 87% would not consider rehoming their cat or dog in the near future.

The remaining 13% may be a comparatively small number, but it’s still a lot of people. It’s troubling and sad for animal lovers to see posts on social-media sites and classified aggregates that plead for strangers to take a pet that they can no longer care for. Sometimes these work out, but there’s not as much chance of success as with a qualified rescue or shelter or the human’s own efforts to provide for the pet that they promised to keep forever.

The ASPCA advises people with concerns about keeping their pets to seek support of friends, family or other associates before considering giving them up or to reach out to a shelter or a rescue for resources. Friends of Long Beach Animals has for decades been a support system for Long Beach residents and their pets, and Fix Long Beach offers affordable or free spay/neuter procedures and vaccinations. The Long Beach Post’s The Scratching Post columns offer a listing of local resources, and the Pets section recently published an article about transitioning through separation anxiety for both pets and their humans. 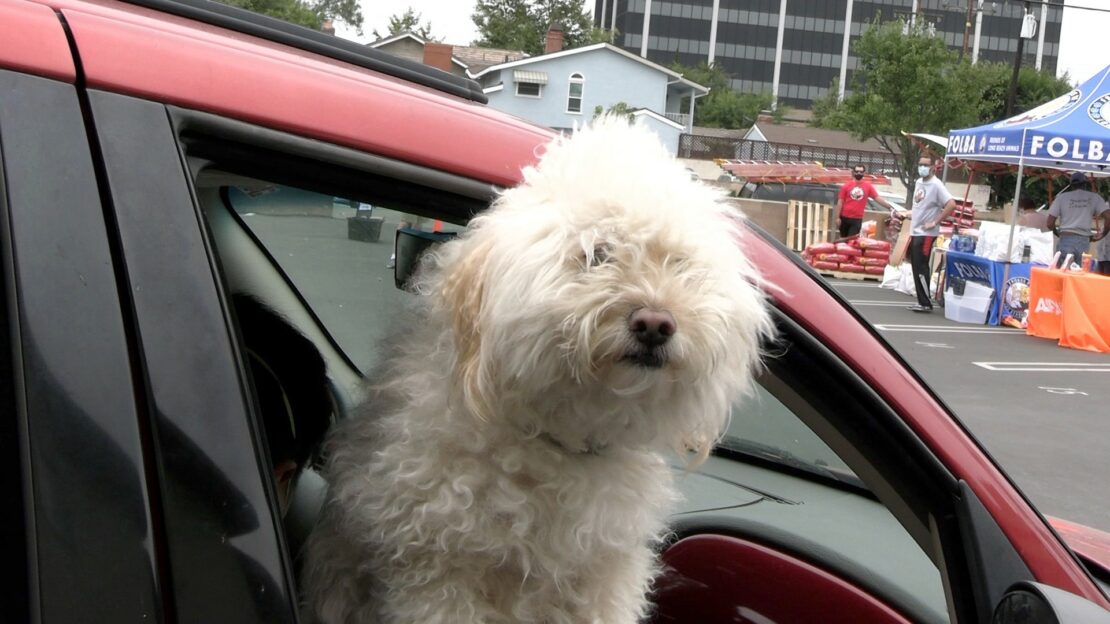 “Live Love is currently offering training workshops and advice to people who need help managing their dog’s behavior,” Robinson said. “We also got an Adopt-a-Pet.com Pet Pantry Grant to support pet parents in our community. We can sometimes offer medical assistance on a case-by-case basis, if it will keep a dog in its home. We also refer people to existing resources and help people navigate applications for medical grants from foundations dedicated to medical assistance.”

Live Love has an entire website page of local and national assistance for food, medical care and other assistance.

“LBACS is so grateful to be surrounded by such a loving community, especially those struggling to take care of their pets,” Dains said. “If people need help they, should reach out to us.”