In a time of unspeakable pain for their family, Edward and Haley Steinhauser were thinking of what they could do to help other people.

They were in a neonatal intensive care unit in Denver with their son, Cooper, who was born prematurely at 25 weeks weighing just 1 pound, 15 ounces. Surrounded by the noise and chaos of a NICU a thousand miles from home, and looking at their son, who was only 14 inches long, the Long Beach couple was overwhelmed with gratitude.

“Community is such a huge thing for both of us,” said Edward. “And we would not have been able to navigate that space without the community that came around us. And we learned so much that it didn’t feel right to say, ‘We’re going to keep it to ourselves.’ So we were already thinking about how we could help, and how we could make the next person’s experience a little less challenging.” 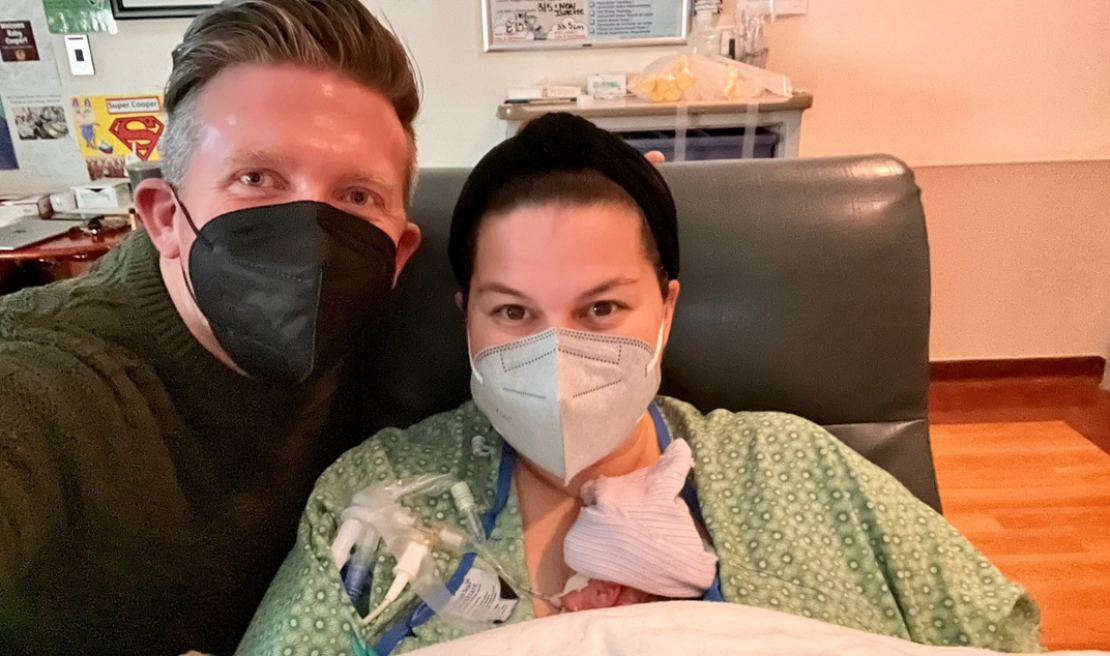 Edward and Haley Steinhauser in the NICU with their son cooper, who was born at 25 weeks. Photo courtesy the Steinhauser family.

Cooper passed away after 82 days in the NICU, with his parents by his side the entire time. After he died, Edward and Haley started the Cooper Steinhauser Foundation, with a mission of supporting NICU families and staff, including those at Long Beach Memorial Hospital. Through their nonprofit, the Steinhausers have already been working to make a difference, and they’re just getting started.

“We just kept thinking, we have to keep doing things in his name,” said Haley. “This felt like the right way to do that. It’s been a wonderful project for us in our grief to be able to put that energy out there towards something else.”

Edward and Haley were high school sweethearts at Wilson High and were both deeply rooted in their Catholic faith, which they said was key to where their sense of community came from. The duo attended Jesuit universities and then came home to Long Beach to begin their careers. Edward followed in the path of his parents, lifelong Long Beach Unified School District educators (his father, Chris, was the longtime LBUSD superintendent); Haley is a public relations professional.

The couple bought a house in Lakewood and was excited about starting a family together. While traveling for work in Denver, Haley suddenly felt very sick. Edward urged her to brave a February Colorado snowstorm to get herself checked out at a hospital; once there, she found out she was experiencing placental abruption—in which the placenta prematurely separates from the wall of the uterus—and she was in the middle of labor. Cooper was born on February 19 of this year, with his mother on her own in Denver and his father rushing to make the trip from Long Beach, where he’s the principal at Hughes Middle School.

“After he was born, we were in the NICU for a very long time,” said Haley.

Their experiences of the emotional highs and lows of the NICU shaped their idea of how they could be of service to others. After two months in the NICU, the Steinhausers were told their son had a terminal illness, and they made the heartbreaking decision to take him off of life support. He died on May 11, with his parents holding him and surrounded by his extended family.

“There’s no guide on how to do this as a parent,” said Haley. “And there’s very few resources. And we wanted to do something to help.”

‘We needed to do more’

The Cooper Steinhauser Foundation was born out of Edward and Haley’s grief for their son, and a desire to channel that grief into helping other people.

“Even if Cooper were still here, we 100% would still have the Cooper Steinhauser Foundation,” said Haley. “It looks different than it would, but we know from the get-go that we needed to do more and to give back and help people.” 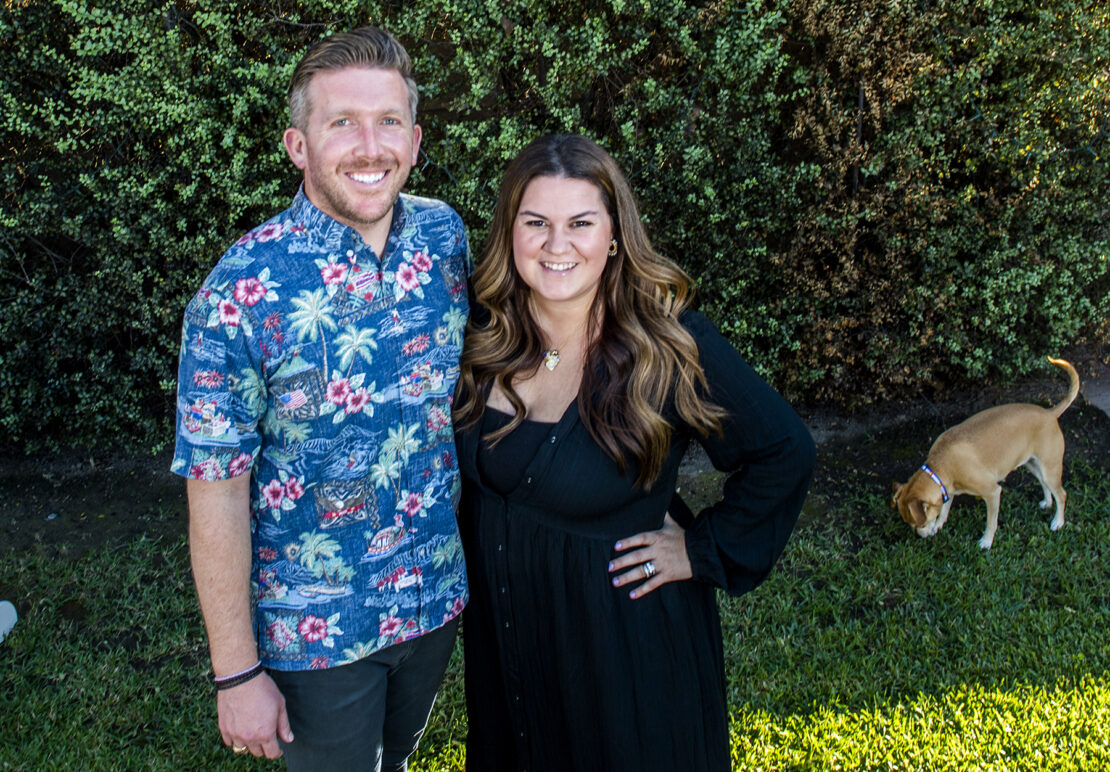 Edward and Haley Steinhauser started a foundation to support neonatal intensive care units in memory of their son, Cooper, who was born prematurely and passed away in Long Beach Thursday, October 27, 2022. Photo by Thomas R. Cordova.

“We recognized that we were around the most amazing people,” said Edward. “And we wanted to help them, and to help other families. What’s unique about the NICU is it’s not just the baby who’s there, it’s the whole family. And they all need help. So we wanted to think about how to support everyone—how to support a family who wants to stay overnight? When your baby is in the NICU, you don’t want to be more than a few yards away.”

The foundation’s mission is vast and all-encompassing, and the Steinhausers are pouring themselves into making sure it does as much good as possible. They’ve launched a three-prong outreach initiative that they’re calling Cooper Strong, Cooper Gives, and Cooper Cares.

That last item might not sound like the most materially useful, but Edward and Haley said it’s the kind of thing they really needed.

“It’s isolating, and it’s lonely,” said Haley. “And we want to help other families not feel so alone. With any new parents, your child changes your life, and it’s no different with Cooper. Our story didn’t end the way we wanted it to. But he had the biggest impact on our life. We’re so fortunate. He changed our family’s life, and we hope that in his name we can help other families too.”

You can learn more and donate at coopersteinhauserfoundation.org.