Mayor moves to close restaurants, saying 'everything on the table' to slow spread of COVID-19 • Long Beach Post News
- ADVERTISEMENT -

Long Beach is shutting down dine-in service at all restaurants, as well as closing movie theaters, gyms and other places where large crowds gather, the mayor said at a wide-ranging press conference Monday that covered many aspects of the city’s response to the new coronavirus.

On a call with restaurant owners and other businesses following the press conference, city officials said restaurants should plan to close their dining areas by midnight Monday. They will be able to keep spaces open for take-out, delivery and pick-up orders only.

The official declaration for a number of closures was released late Monday.

“Restaurants are a critical piece of food delivery in our city; we can’t get through this without you serving food,” Mayor Robert Garcia said on the call.

At the press conference, Garcia said the city is also pausing street sweeping ticketing for one week: “We don’t want folks to wake up and be faced with misinformation as it relates to not moving their cars,” he said.

However, he emphasized street sweeping is “an important function as it relates to public health,” he said. “It is important that we have the ability to move debris.”

Garcia said the city is evaluating whether to take even more stringent action such as the directive in six Bay Area counties for all residents to shelter in place Monday.

“They’re obviously in a much more advanced place as far as cases than we are, but that doesn’t mean that we should not expect an ‘everything on the table’ approach moving forward,” Garcia said.

Long Beach so far has reported that five people have tested positive for coronavirus, or COVID-19. Another 100 people are being monitored.

However, a complete picture of how widespread the disease is in Long Beach isn’t clear, in large part because local officials just received testing kits from the federal government. “I expect we’ll have more cases,” Garcia said. 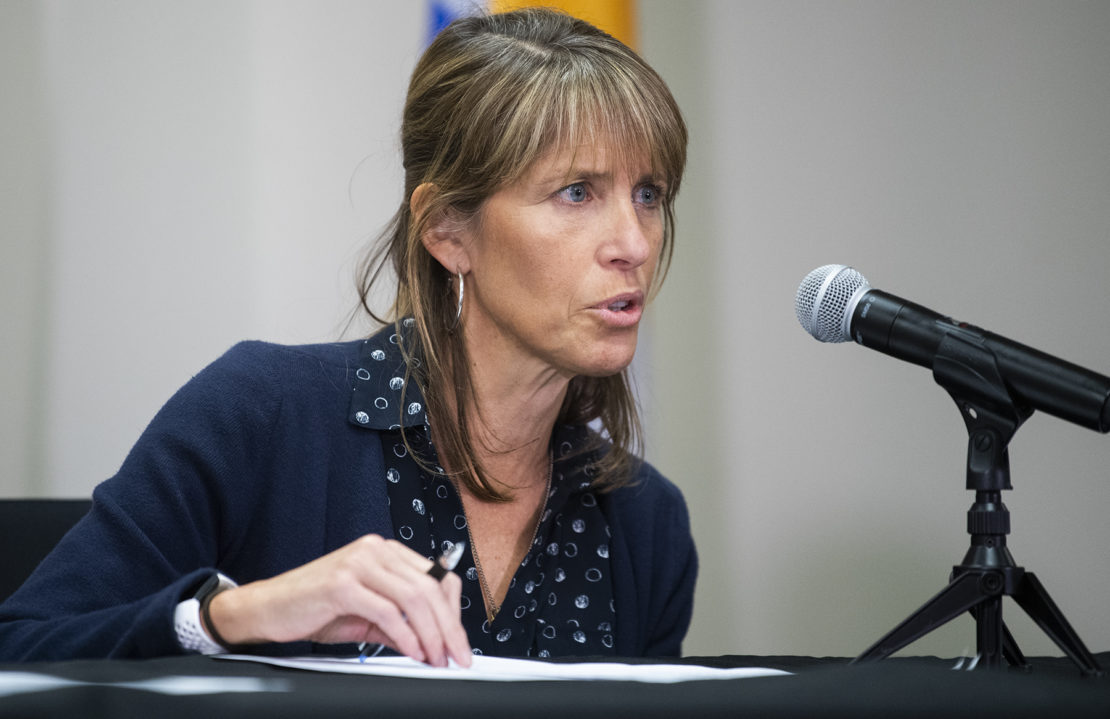 The fact that the city has its first case of coronavirus from community transmission—meaning officials aren’t sure where the person, a woman in her 60s, caught the illness—underscores the need for these extraordinary measures, said Kelly Colopy, director of the city’s Health Department.

The mayor emphasized that every step the city is taking is in “lock step” with county, state and local partners. “But we should prepare for anything to happen. I think that’s the important thing.”

City officials said they will release more detailed information Monday about shutting restaurants and other private businesses. Bars and drinking establishments have already been told to close; the official order for that action was issued by the city’s Health Department today.

The city’s actions on restaurants will likely be similar to those taken by Los Angeles and the county, where only “grab-and-go” and take-out service is allowed.

Garcia also said the Long Beach Police Department is asking residents to be responsible and respectful of others when grocery shopping: “There are seniors who need access to stores, and we need to allow those folks to shop for the items they need.”

Grocery stores are dealing with increased demand; here’s what you need to know

The city has emphasized repeatedly that there is plenty of supply and no need to hoard groceries; stores will be refilling and restocking their shelves. Garcia also encouraged residents to shop at neighborhood stores, bodegas and other small businesses.

The city is recommending no gatherings over 50 people, and no gathering of more than 10 people for those who are over 65 or have underlying health issues.

Dr. Barbara Ferrer, head of the county Department of Public Health, said at a press conference Monday the agency is continuing to see an increase in community transmission of the illness.

“If something it not an essential activity, I urge you not to do it,” Ferrer said. “In the absence of a vaccine, social distancing is the best tool that we have.”

Gov. Gavin Newsom said Sunday that six people in the state have died of COVID-19.

If Long Beach residents think they’ve been exposed to the coronavirus, they should call—not visit—their healthcare provider, who must determine a test is necessary for one to be administered.

The virus usually causes only mild or moderate symptoms, such as fever and cough. But the governor is urging those 65 and older and people with chronic health conditions to stay at home because they can be hit with more severe illness, including pneumonia.