The Long Beach City Council could vote to name a community center in North Long Beach after Doris Topsy-Elvord, endearingly referred to as “the mother of equity” and the first Black woman to be elected to the City Council.

In 1992, Topsy-Elvord was elected as the first Black woman to serve on the City Council to represent the 6th District in Central Long Beach and was subsequently elected as the vice mayor twice.

Councilman Rex Richardson, who oversees the 9th District, is leading the efforts to name the facility located adjacent to Houghton Park. Though Topsy-Elvord did not represent North Long Beach, Richardson, who currently serves as the city’s vice mayor as Topsy-Elvord once did, said her leadership and tenacity to advocate for the equal treatment of communities of color was admired and felt citywide. She was also a North Long Beach resident for over 20 years.

“We are all a part of that legacy,” Richardson said.

She helped co-found Long Beach’s African American Heritage Society and was nominated to serve on the Port of Long Beach Harbor Commission. At the time, Topsy-Elvord was the first Black individual and only the third woman to serve on the five-member port commission in its nearly 80-year history. 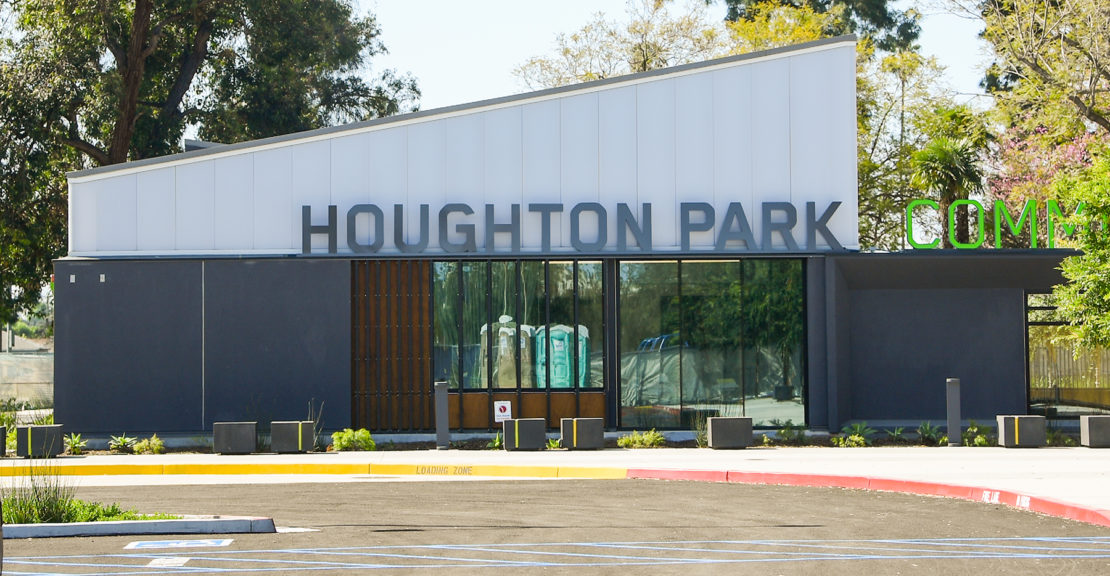 Houghton Park Community Center is in its final stages before it opens. The 6,450 square foot center was particularly funded by Measure A. Photo by Thomas R. Cordova.

Topsy-Elvord’s relatives said she let out a “surprised, ‘oh!’” when they informed her that the community center could be named in her honor.

“She’s very happy about it,” Jackie Topsy, Topsy-Elvord’s daughter-in-law said. Topsy-Elvord’s son, Stephen Topsy, said the naming of a community center embodies the years of community service his mother achieved throughout most of her life.

“I think it’s a wonderful thing for her,” he said. “This is something she deserves.”

Houghton Park is one of the city’s five regional parks and serves families outside of the 90805 ZIP code. The newly refurbished community center will offer senior programs, such as dance, a computer room for students and a weight room. Alongside the community center, a neighborhood health clinic is currently being renovated and is expected to open this summer.

The naming of the Houghton Park community center after Topsy-Elvord also serves as a symbol recognizing the work of the Black community.

“We have to acknowledge the cultural evolution in the city,” Richardson said.

The City Council will vote on the naming proposal at the April 6 meeting. Those in favor of the proposal hope they can name the building after Topsy-Elvord before her 90th birthday on June 17.

Editor’s note: This story was updated to correct a quote from Councilman Rex Richardson.