A pedestrian was killed in a high-speed crash that involved two cars at Santa Fe Avenue and Hill Street in West Long Beach, according to authorities.

Police said a Lexus IS200 sedan involved in a street race smashed into a Honda Odyssey minivan at that intersection around 6:45 p.m. Monday.

The Lexus and a Nissan sports car were speeding southbound on Santa Fe when they crossed paths with the minivan that was headed east on Hill, police said.

After the collision, the Lexus went spinning into a pedestrian, according to police. Multiple people called 911 about the crash, and when first-responders arrived they found a “horrific accident,” LBPD Lt. Robert Bernsen said.

The pedestrian, a 59-year-old Long Beach woman named Josephine Espiritu, died at the scene, police said. She had been crossing the street legally when she was hit, according to Bernsen. 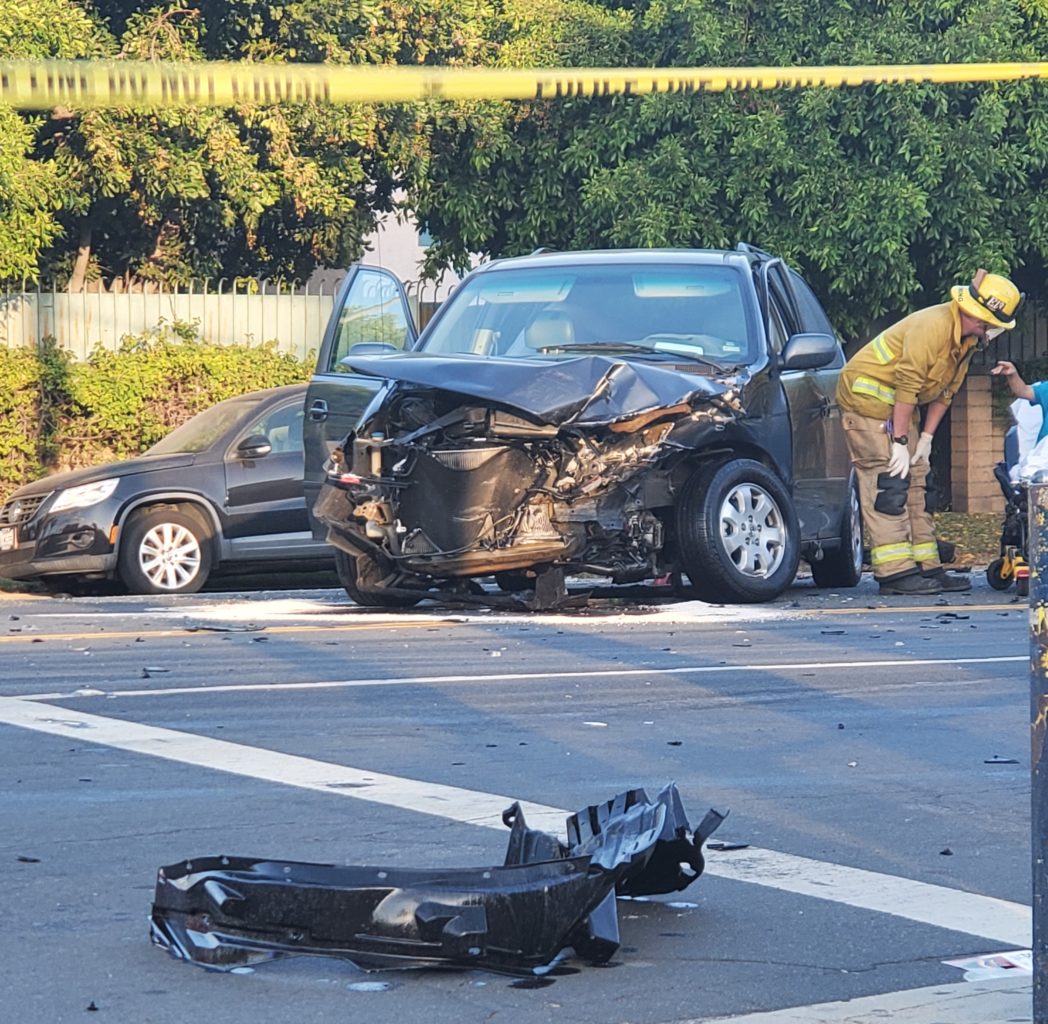 Officials said at least one person was killed in a crash at Santa Fe Avenue and Hill Street on May 11, 2020. Photo by Jamies Shuford.

“It was pretty bad,” Bernsen said.

The minivan’s driver had only minor injuries, but the Lexus’ driver was in critical but stable condition and is still at the hospital, according to police. Detectives are expected to present a case against him to the district attorney’s office, which will consider filing charges. Police don’t believe drugs or alcohol were a factor.

Authorities are also trying to find the Nissan involved in the street race, authorities said. Its driver kept going after the crash, fleeing the scene, according to a news release.

Police described it as a black Nissan 350Z with a slatted window covering on the back window.

Investigators asked anyone with details about what happened to call Det. Allen Duncan at 562-570-7355. 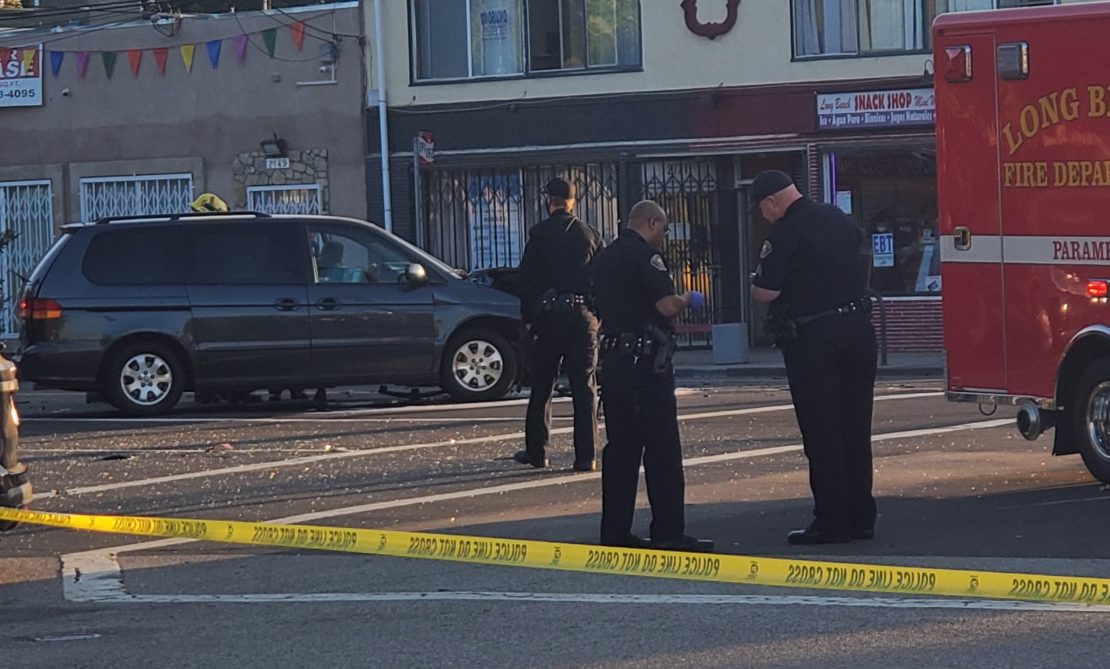 Police and fire officials blocked off Santa Fe Avenue at Hill Street after a violent crash on May 11, 2020. Photo by Jamies Shuford.