A chaotic scene unfolded along the outskirts of Downtown Long Beach Thursday afternoon when a trio of suspects shot and killed a man behind the wheel of a car outside a 7-Eleven, according to police and witnesses.

The violence began right around 12:30 p.m. when the attackers tried to rob the victim, according to police.

Witness Rich Charley said he was driving nearby when he heard multiple gunshots and saw that a black Camaro had crashed into a street lamp in the 7-Eleven parking lot at Fourth Street and Atlantic Avenue. He then saw two men run north on Atlantic.

Charley also provided video to the Post that shows other witnesses saying the assailants took off running with a black duffle bag and one of them stashed an assault-rifle-type weapon under a nearby building. A witness on video then says the assailants were captured at a nearby CVS drug store at Long Beach Boulevard and Sixth Street. 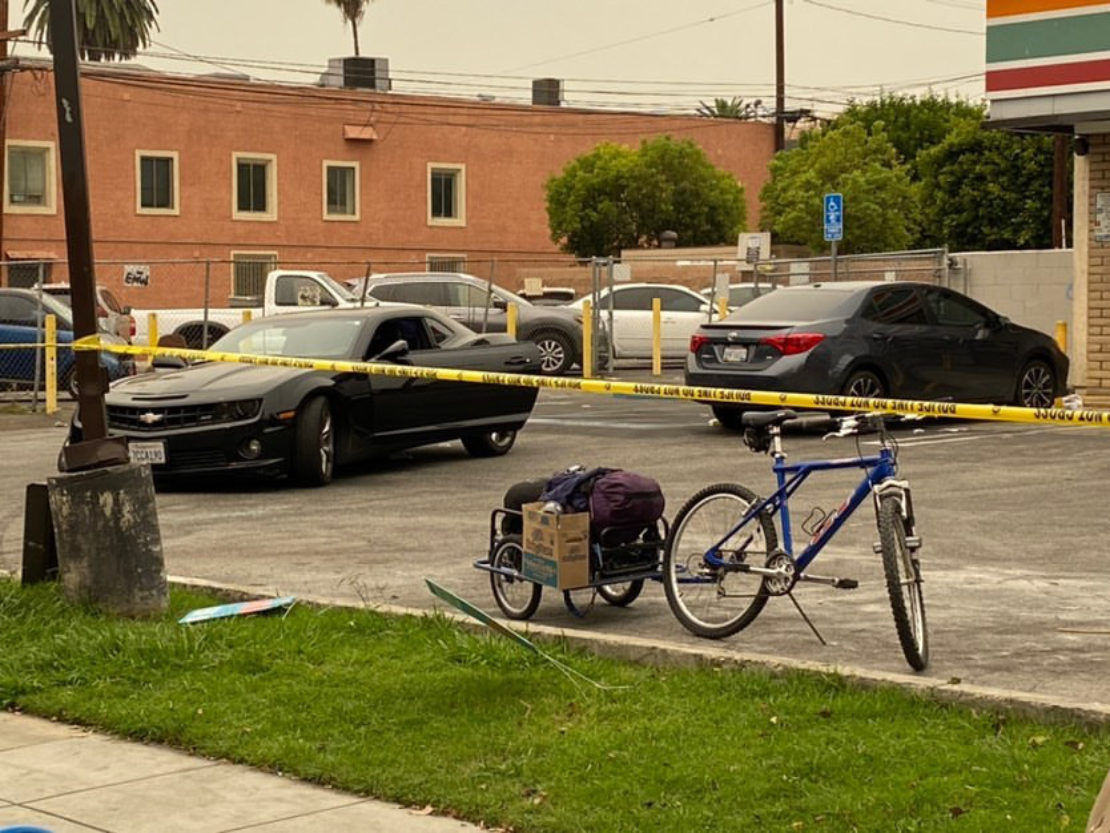 A witness said this Camaro crashed after the sound of gunshots. Photo by Rich Charley.

Meanwhile, a woman who’d been in the Camaro with the shooting victim started trying to help him, police said. Police quickly called in paramedics who pulled him from the car and rushed him to the hospital. He later died, according to authorities, who haven’t yet released his identity.

Police said they found the rifle the attackers ditched on Fifth Street, and they took the three assailants into custody on suspicion of murder.

Police did not say whether the suspects knew the man they’re accused of killing or what they were trying to steal. 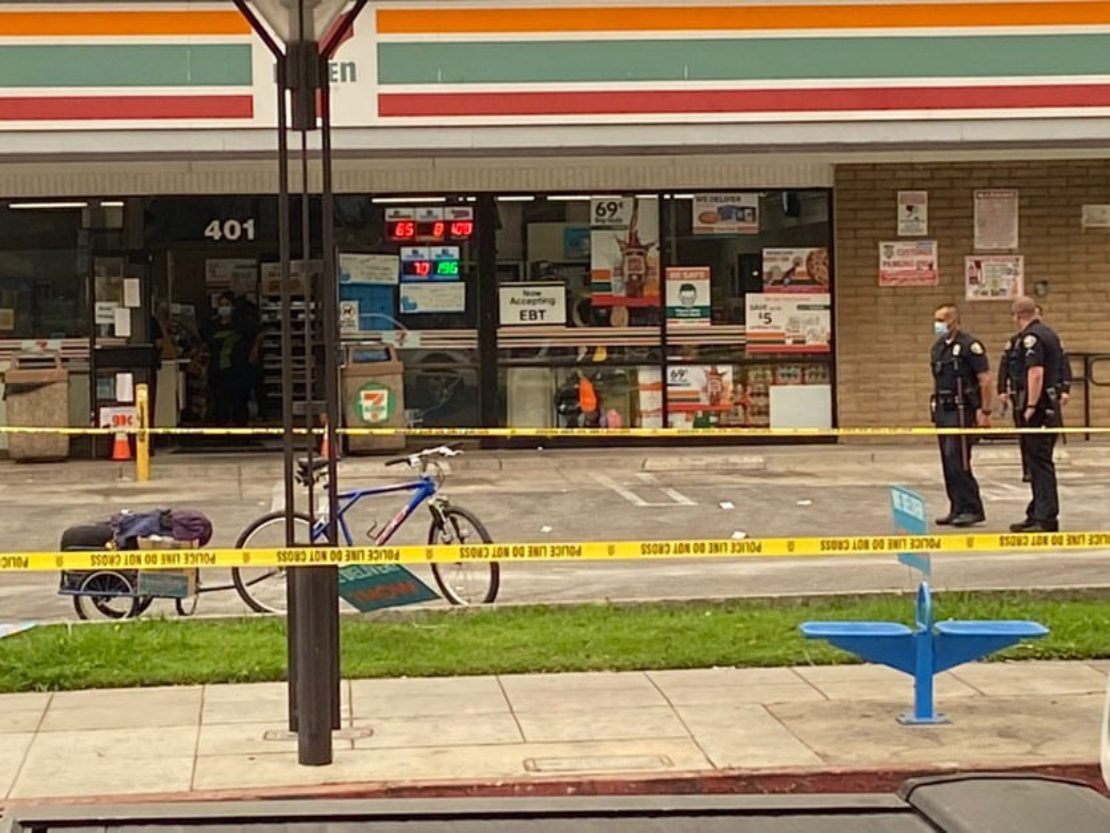 People with any information regarding the incident are urged to contact Homicide Detectives Michael Hubbard, Leticia Gamboa and Ethan Shear at 562-570-7244. Anonymous tips may be submitted through Crime Stoppers by calling 800-222-8477.

Editor’s note: this story was updated with information from police.