Police were searching for a hit-and-run driver Saturday after he smashed through a guard shack at the Century Villages at Cabrillo housing community, killing the security guard inside.

“We are deeply saddened by this tragic event, and we are cooperating fully with the Long Beach Police Department in their efforts to identify the driver,” said Steve Colman, executive director of Century Villages, which offers housing and other services for veterans, seniors and families.

The crash happened around 3:09 p.m. Saturday, and when officers got to the 2000 block of San Gabriel Avenue, Long Beach Fire Department medics were already attending to a man who’d been struck by a gray SUV, LBPD spokesman Richard Mejia said.

The crash destroyed the guard shack at the entrance of Century Villages, according to Rich Charley, a man at the scene who provided photos of the aftermath. The pictures also show the 2012 Chevy Tahoe with major front-end damage. 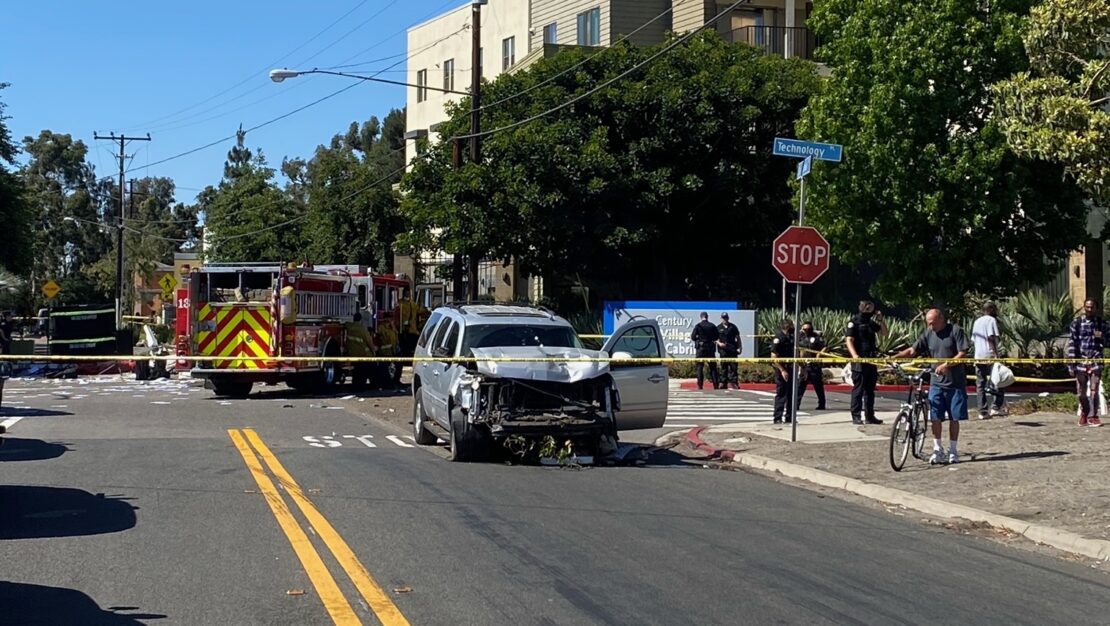 In a statement, police said the SUV was headed southbound on San Gabriel Avenue “at a high rate of speed when it appeared to lose control and strike the security guard shack, which was occupied by a security guard at the time of the collision.”

The driver “fled the scene on foot immediately after the traffic collision,” Mejia said.

Police had the area shut down to traffic while detectives were investigating.

“Our primary concern is the wellbeing of our community, and in the wake of this incident, our residential services teams are providing immediate support for our community members impacted by this loss,” Colman said in his statement on the Century Villages website. “This is as much information as we can provide at this time.”

Police asked anyone with information to contact Detective Kelsey Myers or Detective Shawn Loughlin at 562-570-7355.

Editor’s note: This story was updated with a statement from the Century Villages executive director and more information from police.