An ex-con was found guilty Thursday of murdering a former Long Beach City College football player during a robbery outside a fast-food restaurant three years ago.

Jurors deliberated just over two hours before finding Edward Jacobs, 32, guilty of first-degree murder for the early morning shooting of Guy Eugene Alford III, 20, of Hawthorne, on Sept. 26, 2018, in the drive-thru lane of a Jack in the Box near 52nd Street and Atlantic Avenue in Long Beach.

Jurors found true the special circumstance allegation of murder during the commission of a robbery. 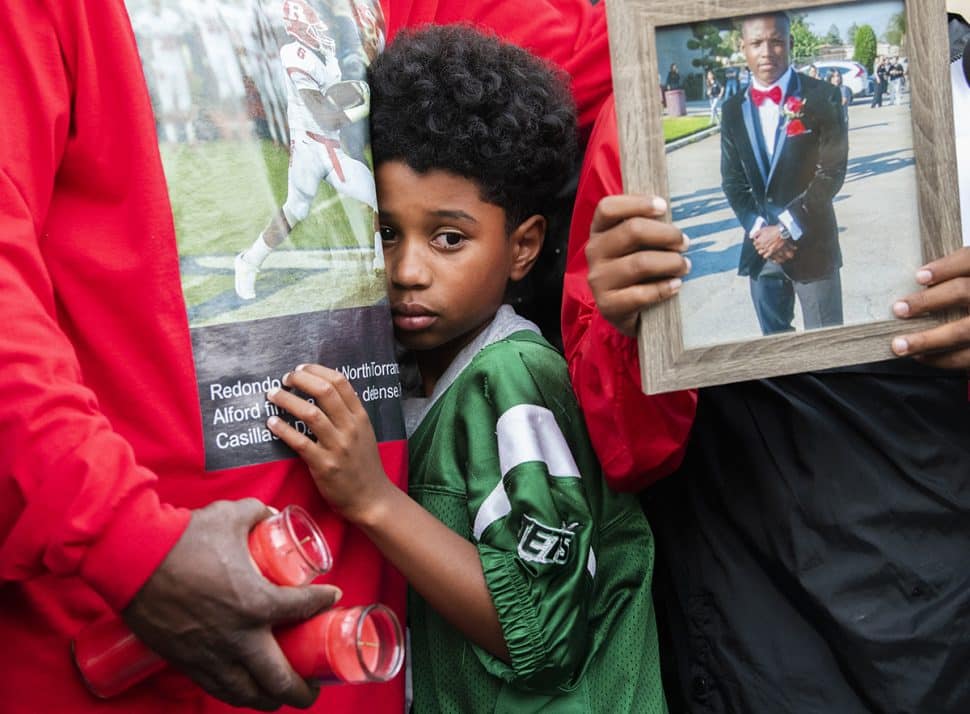 Amari Alford, 10, hugs his father during a vigil for his older brother Guy Alford III, 20, who was shot and killed in the drive-through of a fast-food restaurant In Long Beach, Sept. 27, 2018. Photo by Thomas R. Cordova.

Jacobs—whom the prosecution alleged had prior convictions from 2011 for robbery and 2015 for attempted robbery—was also found guilty of possession of a firearm by a felon.

He is facing life in prison without the possibility of parole at his sentencing later this month.

In her opening statement last week, Deputy District Attorney Karen Brako told the jury that one of the men in Alford’s vehicle heard the masked and hooded assailant say something like “give me” before a struggle and gunshots ensued as the victim was ordering food in the restaurant’s drive-thru lane.

A reference sample later obtained of Jacobs’ DNA matched the DNA profile found on a watch that was discovered in the drive-thru lane, along with evidence from the interior and exterior of the victim’s car and the victim’s fingernails, the prosecutor told jurors.

Alford died at the scene from a gunshot wound to the neck.

Alford was a beloved football player for the Long Beach City College Vikings in the year before his death, his coach previously told the Long Beach Post.

Alford’s father said his son was on a mission to finish his associate’s degree at LBCC and then get a nursing degree. 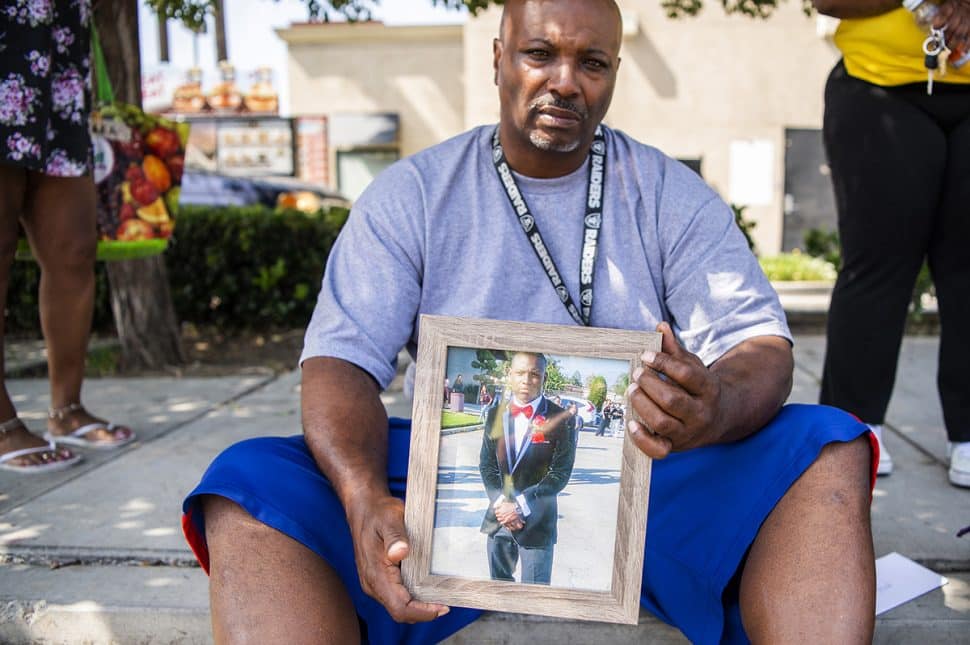 “Someone took a real champion from me,” the elder Alford said at the time. “I just don’t want another parent to feel the way I feel.”

In his opening statement to jurors, defense attorney Samuel H. Leonard said authorities were mistaken about the killer’s identity, saying, “this is a wrong-person case.”

Jacobs’ lawyer said DNA testing of the watch showed a DNA mixture from four people—three of whom were never identified.

“There is no reliable evidence … that Mr. Jacobs was involved in these events,” Leonard told jurors.

Jurors ultimately were not swayed by the argument. A sentencing hearing for Jacobs is scheduled on Oct. 28.